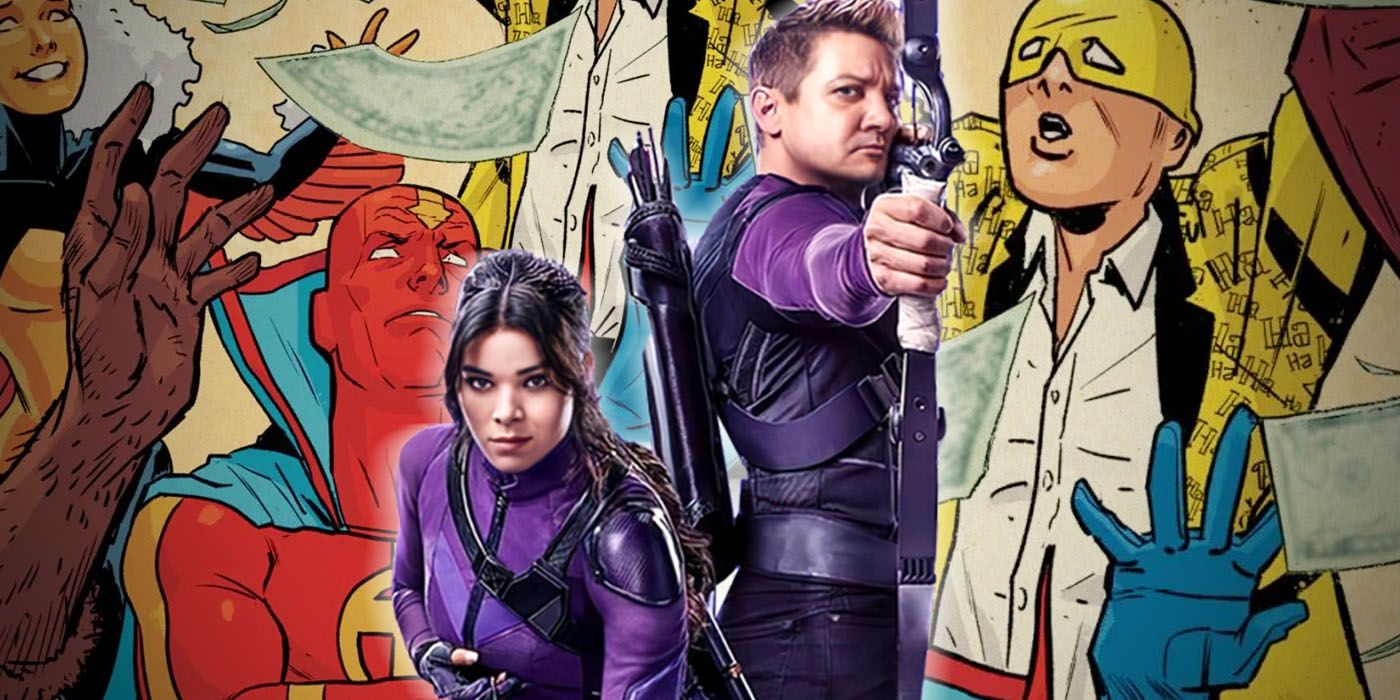 Heroes without powers have always been more relatable to the everyday man than their superpowered comrades. Although he is a member of Marvel’s Avengers, Hawkeye has always been that type of superhero, a regular guy with a bow who is trying to make the world better…and is usually rewarded with a slew of injuries.

One-Star Squadron #1 (by Steve Lieber and Mark Russel) returns to the life of a forgotten DC hero who doesn’t have the infinite financial backing of the Justice League. As a member of Heroez4U (a parody of Marvel’s Heroes For Hire team), the vigilante known as the Heckler appears to be moving toward becoming his universe’s version of Hawkeye. 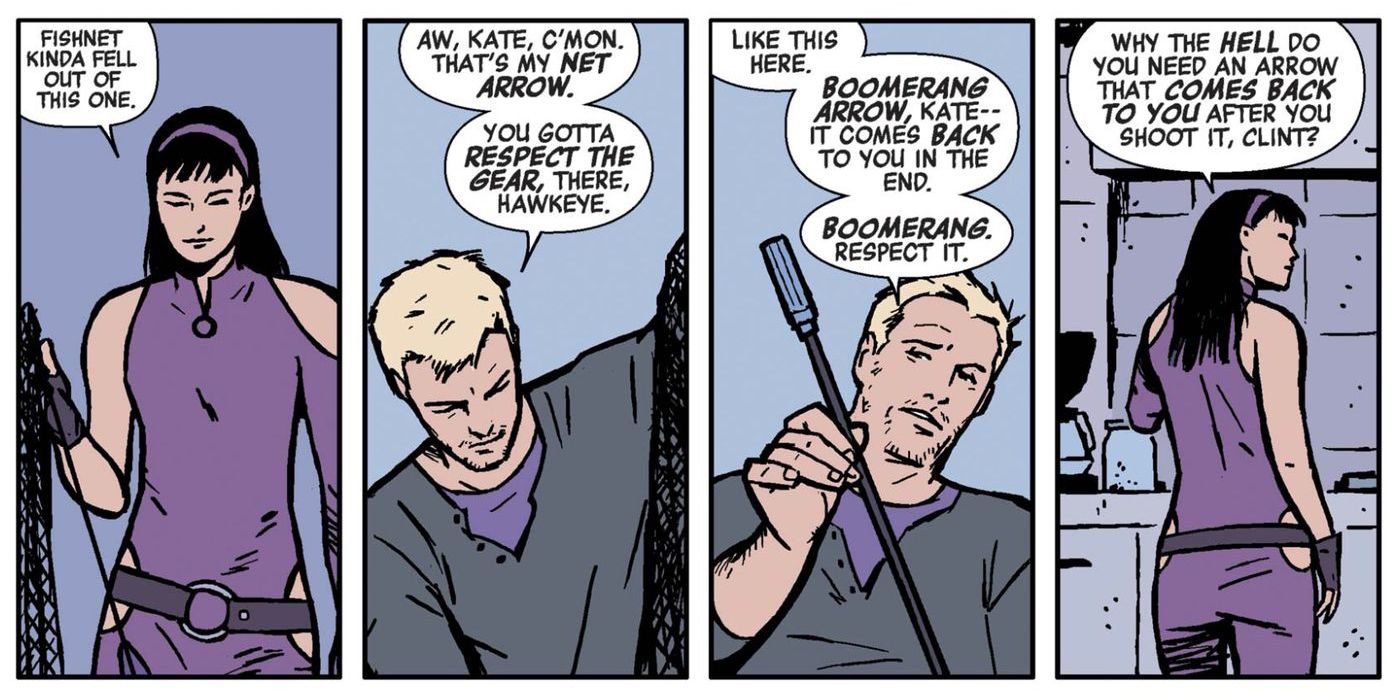 Created as a superhero version of Bugs Bunny by Keith Giffen, Stuart “Stu” Mosely first appeared in The Heckler #1 in 1992. Armed only with weaponized annoyance on a par with that of Spider-Man and Deadpool, Mosely adopted the vigilante identity and fought to protect his corner of Delta City from goofy criminals like John Doe, the Generic Man and Boss Glitter.

Heroez4U is filled with heroes like Heckler, who were never ‘Justice League material’ but still wanted to be heroes. Interestingly, several of the individuals who are part of the organization are heroes who have helped save the world multiple times but don’t get the respect they deserve, such as Red Tornado and Power Girl.

Related: Justice League International Just Got Caught Up In Another Deadly Mystery 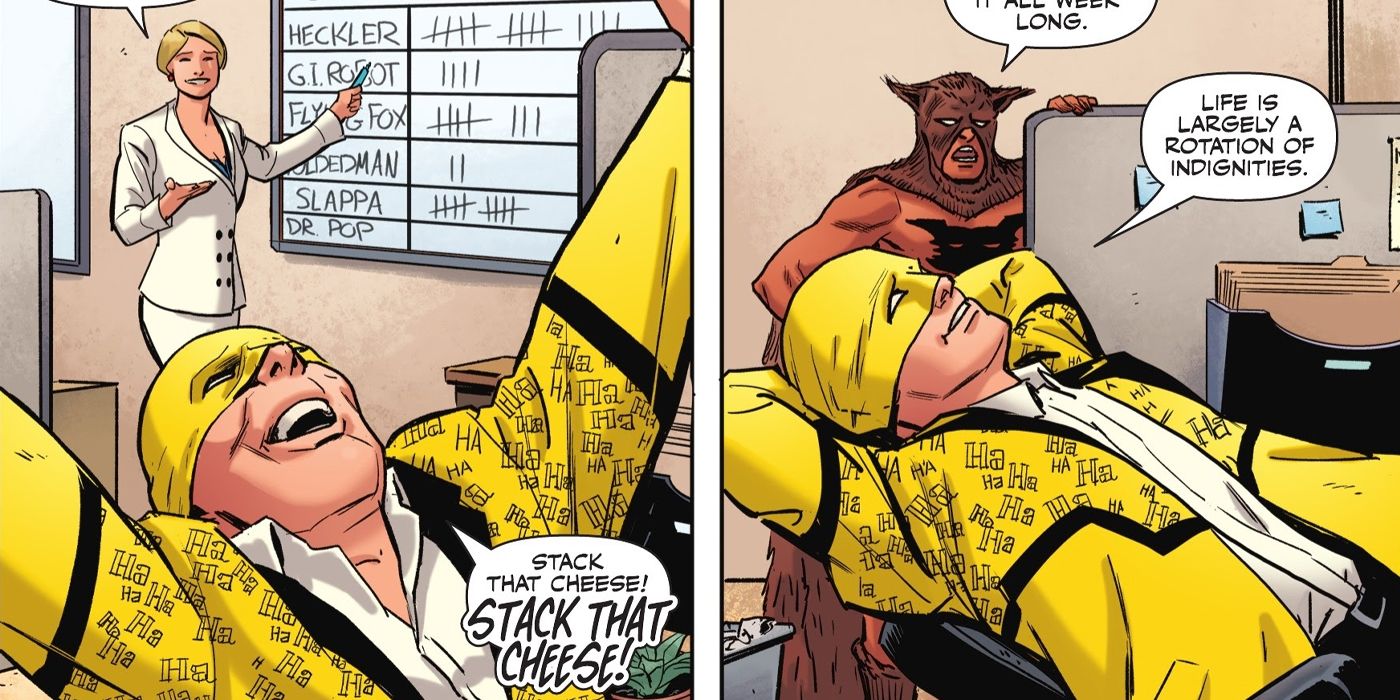 Hawkeye and Heckler share a few common traits, mainly that they have no superhuman powers and chose to fight crime anyway. They’re also both gluttons for punishment, often ending their patrols with broken bones and bruises. Both heroes rely heavily on trickery and subterfuge when they face enemies that are stronger than them. While Heckler does not have a connection to a large superhero organization like the Avengers, their experiences as everyday superheroes have molded them into semi-bumbling yet endearing heroes that will never stop until the mission is done.

Hawkeye broke out into the spotlight as an everyday hero who makes quite a few mistakes but has a heart of gold underneath. Given that the Heckler has not had much of a presence since his debut series, it’s unlikely that he’ll ever get the same spotlight as the Avenger, even though he possesses many of the same elements that make Hawkeye so endearing.

New My Hero Academia Art Has Fans Blushing Over Mirko