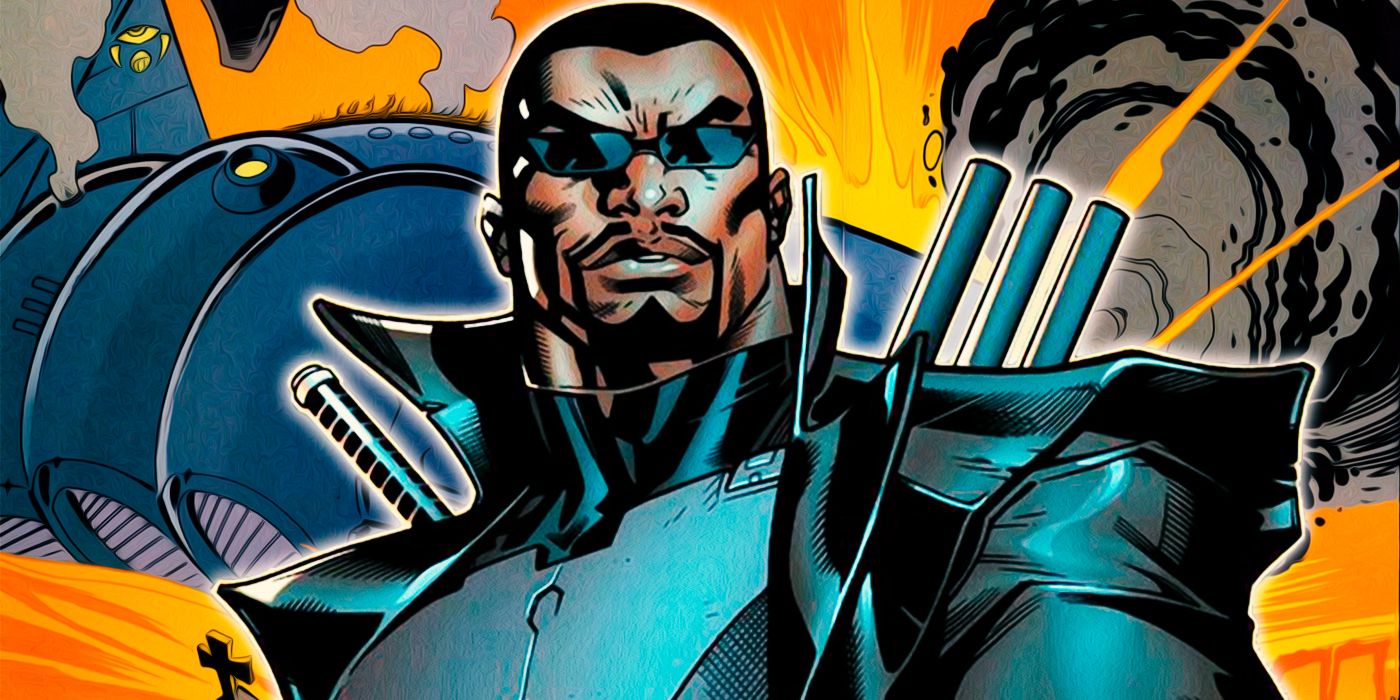 The vampire hunter known as Blade has always stood out as a uniquely anti-social member of the Marvel Universe’s otherwise outgoing superhero community. Although he’s been willing to work with other mystically-aligned heroes like Doctor Strange, the Daywalker has gone out of his way to avoid establishing meaningful friendships with his colleagues, preferring to take a more professional approach to both crime-fighting and his never-ending war against the vampire hordes.

However, Blade wasn’t always the solitary soul that comic book fans know him as today. During the early days of his career, the vampire hunter was a member of a close-knit team of his peers who saw each other as family. Although this team eventually met a tragic end, Blade’s brief time as a member of the unit helped him learn the social skills that he’d need to survive among the humans he’d sworn to protect, and their demise has served as a constant reminder of what can happen if he allows his emotions to interfere with his mission. 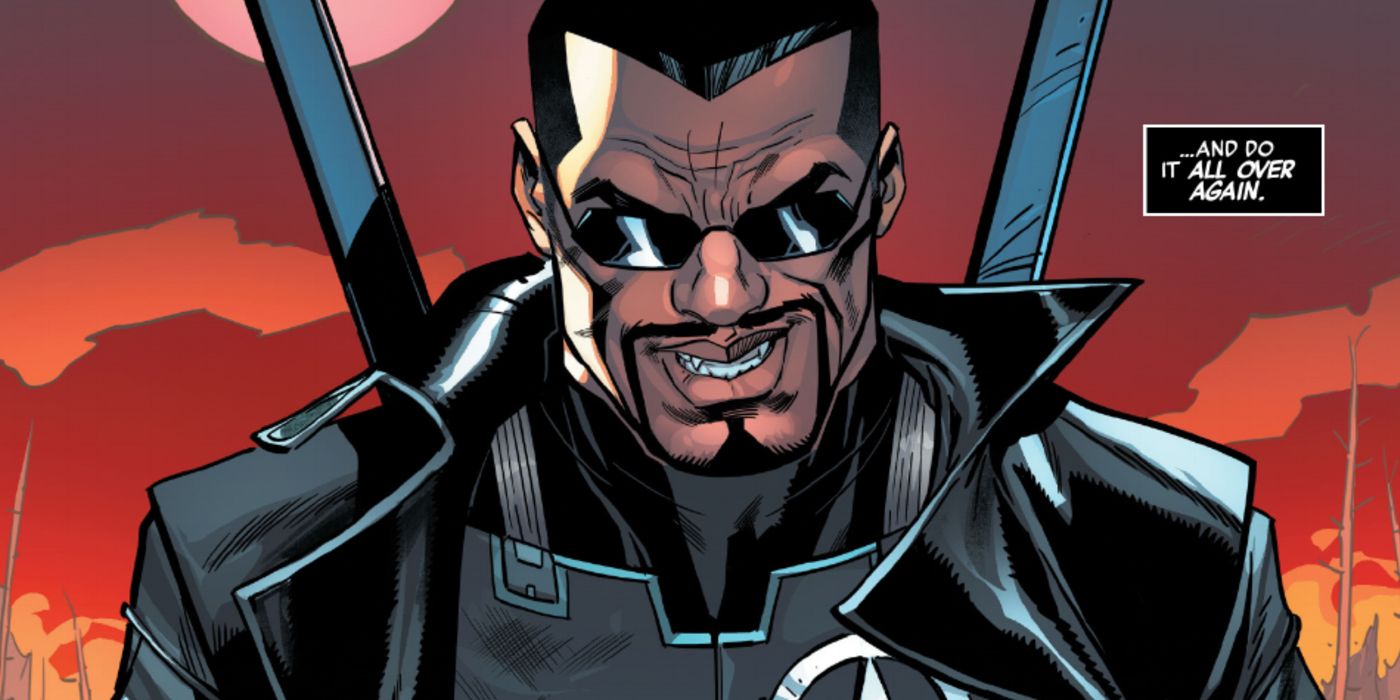 From the moment he was born, Blade’s life has been defined by the people he’s lost. During childbirth, his mother Tara was attacked by the vampire Deacon Frost and succumbed to her wounds seconds after her son was born, leaving him an orphan. The young boy was then taken in by the veteran vampire hunter Jamal Afari, who was eventually killed by Dracula, leaving the young Dhampir alone once again. By then, Blade had become a highly-skilled vampire hunter, but he’d also become almost completely isolated from the rest of humanity.

Eventually, while investigating rumors about a legendary order of vampire hunters known as the Order of Tyrana. Blade met the Bloodshadows, a street gang led by low-level gangster Cyrus Cutter. Claiming to have connections to the Order, Cyrus recruited Blade into the gang and had him perform many illegal activities. During this time, Blade became friends with the other members of the Bloodshadows; Carla, Chen, Hector, and Cyrus’s girlfriend Glory Ahana. After some time, Blade realized that Cyrus is only using him and the other members of the gang for financial gain and murdered him, taking his new friends with him as he returned to London to train them as vampire hunters.

During their time in London, Blade and the Bloodshadows killed many vampires, demons, and other malevolent magical beings, growing closer as a team with each victory. Unfortunately, the team’s string of successes also caused them to become reckless. This arrogance would eventually catch up to them, as told in Blade: The Vampire Hunter #6 (by Ian Edginton, Nick Napalitano, Steve Moncuse, Tom Zuko, Richard Starkings, and Comicraft) when the gang stormed the lair of Lamia, a vampire much older and more powerful than any that the team had faced before. More annoyed than anything, Lamia threw the “half-breed” Blade out the window before slaughtering every member of the Bloodshadows except for Glory, who she instead transformed into a vampire. 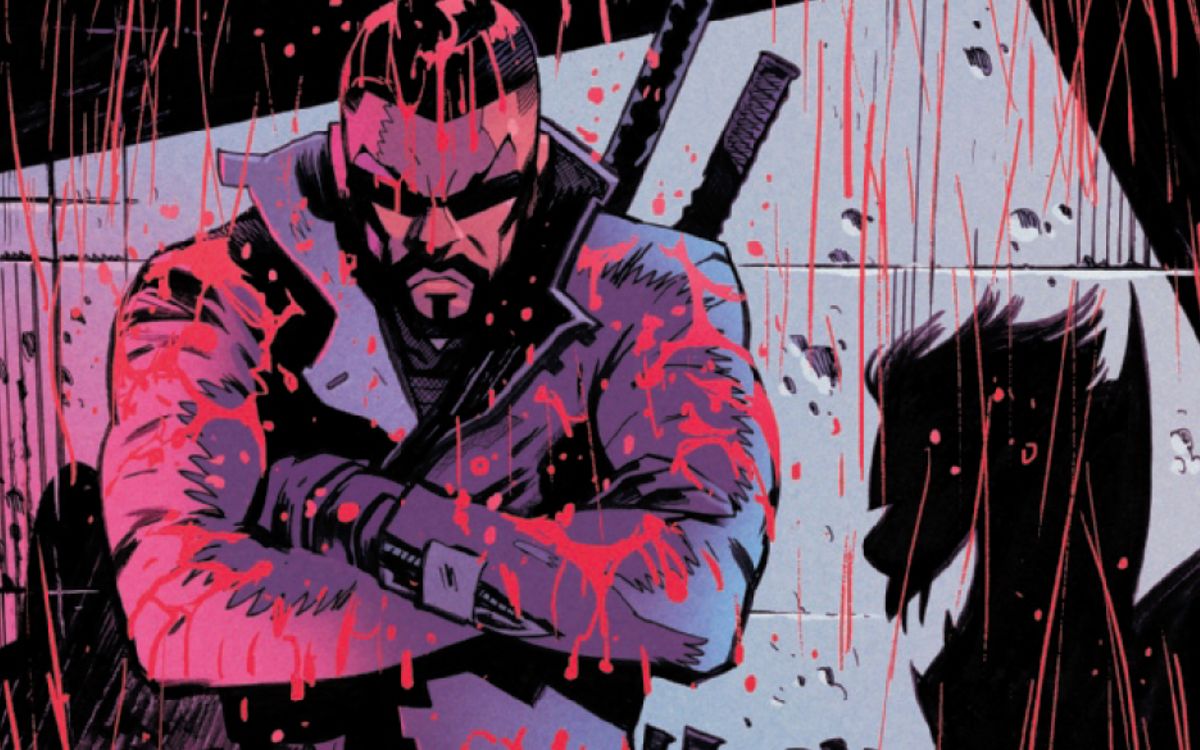 The death of the Bloodshadows haunted Blade for many years, as it was he who introduced them into the lifestyle that ultimately sealed their fates. However, the traumatizing experience also served as a valuable, yet tragic, lesson that would make the Daywalker a much more effective hunter. Through his battle with Lamia, Blade learned that vampires weaponized their enemies’ emotions, taking advantage of their opponent’s insecurities and attachments to others to make them slip up out of fear or anger. After realizing this, Blade began training his mind as well as his body to ensure that he wouldn’t be manipulated by his undead enemies’ provocations, enabling him to keep calm and maintain his focus no matter what form of emotional manipulation his foes tried to use against him.

In many ways, the Bloodshadows were the family that Blade had never had, and their deaths inspired him to renew his vow to defend humanity from the vampires. Blade’s decision to isolate himself from others may come off as selfish, but it’s rooted in his desire to ensure that no one else suffers the same tragedy that he did. Although he doesn’t always act like a hero, Blade’s devotion to protecting those who can’t protect themselves makes him one of the most heroic figures in the Marvel Universe.

Based on his interaction with Dane Whitman in the post-credits scene of Eternals, the personality of the Marvel Cinematic Universe‘s version of Blade (played by Mahershala Ali) will be very similar to that of his comic book counterpart. If so, then beneath the blood-soaked coat and grim demeanor is one of the most compassionate heroes to ever live.