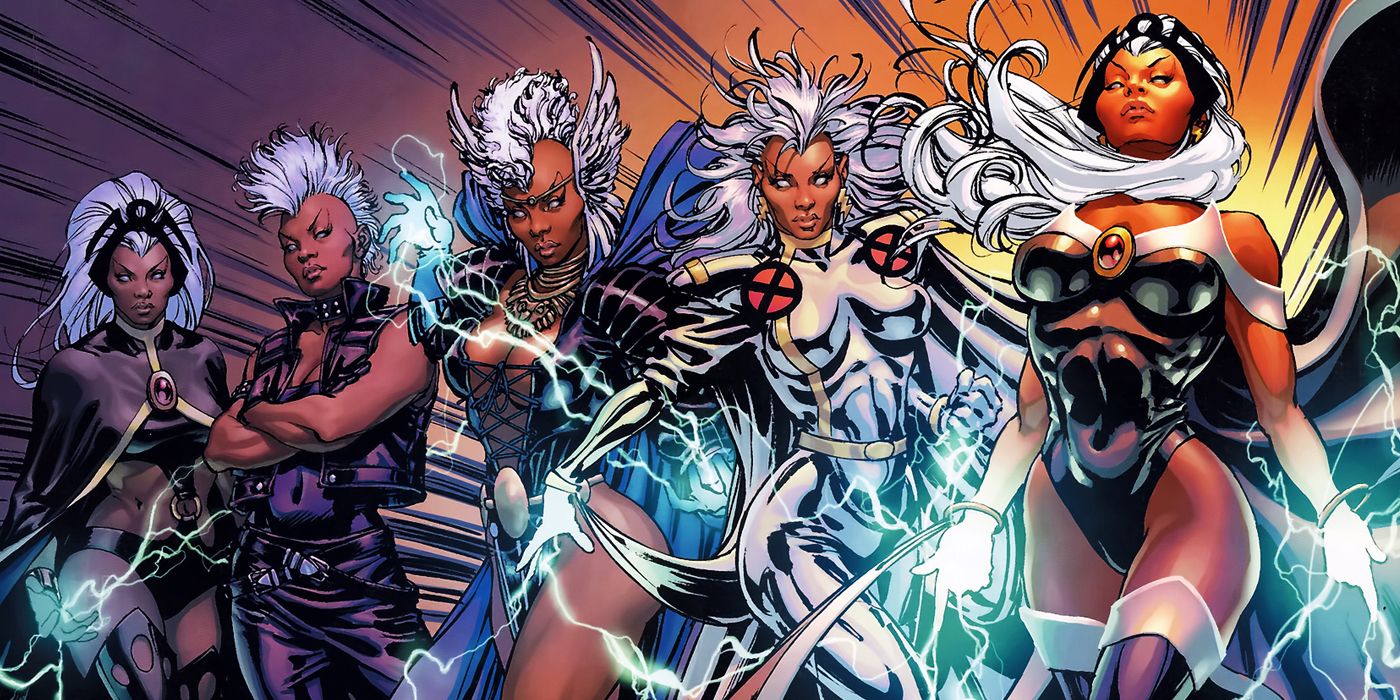 There’s certainly a lot of competition, but Storm of the X-Men might just have the longest history of top-notch costumes in the superhero business. For nearly 50 years in publication, it seems that each time Storm gets a new look, it’s one of the best designs on her team of mutants. And yet, even with that impeccable record, her latest costume, designed by artist Russell Dauterman, is her best to date.

Combining all the best elements from her boldest looks, her new costume is both refreshingly original and iconic. It evokes at once everything great about Storm and her past uniforms, and still offers a unique design that stands up in its own right. 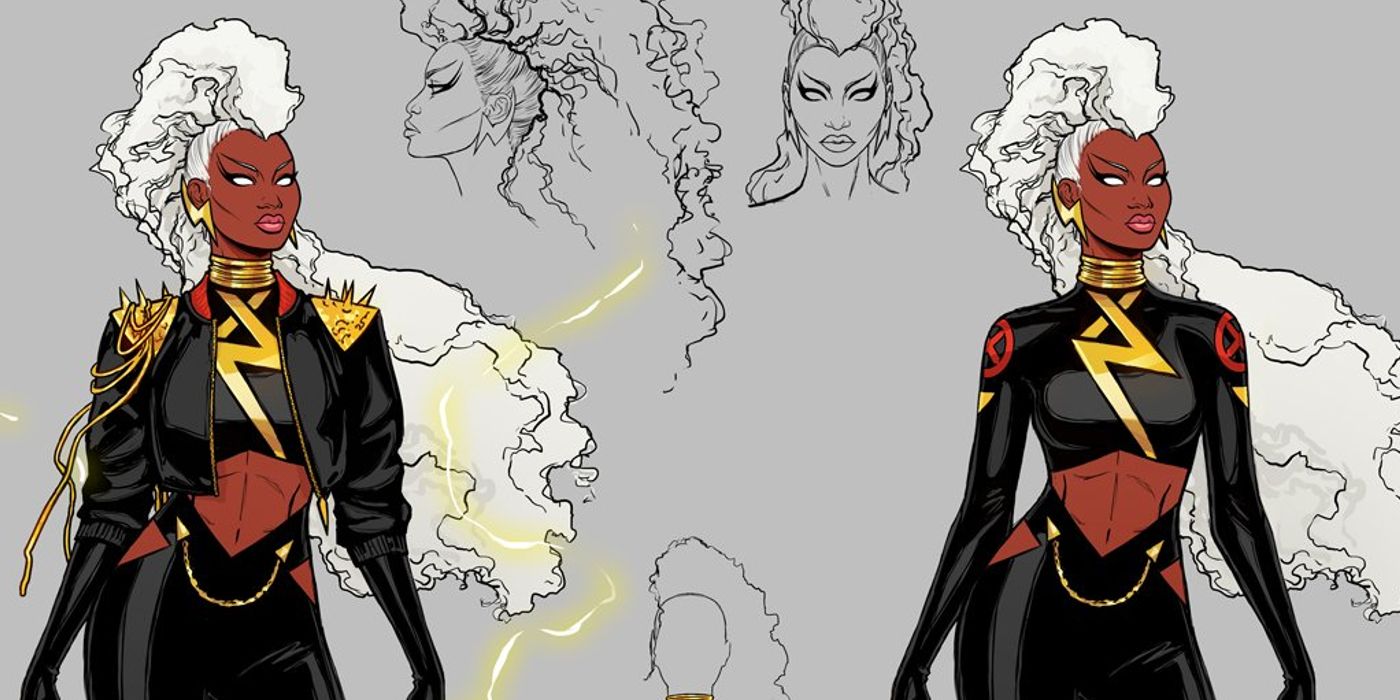 X-Men comics have been cranking the science fiction dial to 11 ever since House of X and Powers of X first established the mutants as uniting their kind into the new and fantastical nation of Krakoa. Utilizing their magnificent powers and vast resources to make advancements, the mutant establish teleportation and resurrection as commonplace cornerstones to their society. The new status quo is a top-to-bottom reinvention of norms and tropes that led, most recently, to the mutants terraforming Mars for habitation. The new regent of Mars turns out to be Storm, one of the most powerful leaders in X-Men’s history. A new position of such prestige demands a new costume.

The look has three distinct features. The baseline layer is the usually form-fitting black and gold of the X-Men, providing an athletic and flexible under layer perfect for any superhero. While these costumes have a disturbing history of over-sexualizing women, Storm’s new costume tastefully limits itself to midriff exposure that predominantly showcases her chiseled abs. Wrapped around her shoulders is a thick leather jacket with gold trimmings befitting her royal status. Topping all this off is a flowing hairstyle that invokes Storm’s past dalliances with mohawks while retaining the mane of white hair, which looks so great whipping about in the winds she summons.

That ability to incorporate elements of her past designs is a triumph of the new costume, piecemeal-ing some of the best aspects from her most iconic looks over the years. Her original costume in Giant-Size X-Men #1 established the black-and-gold color palette and exposed midriff. Over the years, she would add elements like the golden lightning bolt across her chest and the ’80s punk look that first saw the African goddess shave her head into a mohawk.

This newest look captures it all, combining a practical superhero suit with a uniform befitting her royal stature, all without feeling like a repeat of costumes past. Looking at her fellow X-Men’s costumes, or even those of superheroes in general, it is rare to see so many iconic and yet distinct outfits for one hero. 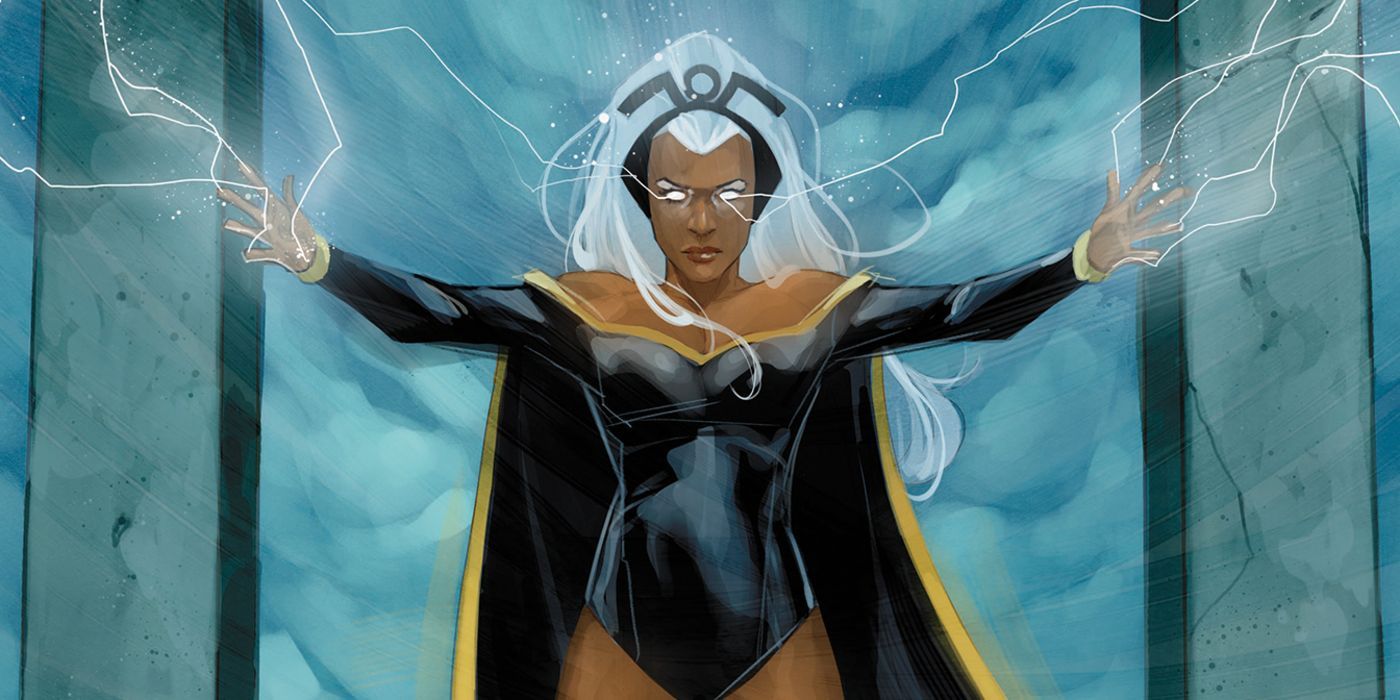 Storm has had a few looks that didn’t quite hit over the years. Whether it be the generic yellow-and-blue uniform of her allies or wearing what are basically color-coordinated street clothes with her purple costume in the ’90s, the worst crime of these pitfalls is that they simply look generic. There seems to be something about the hero which avoids the worst of superhero fashion trends even when they hit in full force, but what could it be?

Part of Storm’s good fortune with artists may be due, in part, to her power set. Controlling the very winds around her, flowing capes and unbridled hair are far more practical with a hero like Storm than they are with many other heroes. But perhaps even more influential is her rich and diverse history that includes many different sources of design inspiration.

Artists can use Storm’s costume to capture her essence as a divine goddess of nature, a sleek and discerning street thief, or a brave and powerful leader. Naturally, such a powerful character needs a powerful look. This latest design by Dauterman may be her most powerful yet.

KEEP READING: The X-Men’s Ultimate Marvel Victory Would Be Devastating – Here’s Why

Moon Knight Episode 4 – How Did the Market React?