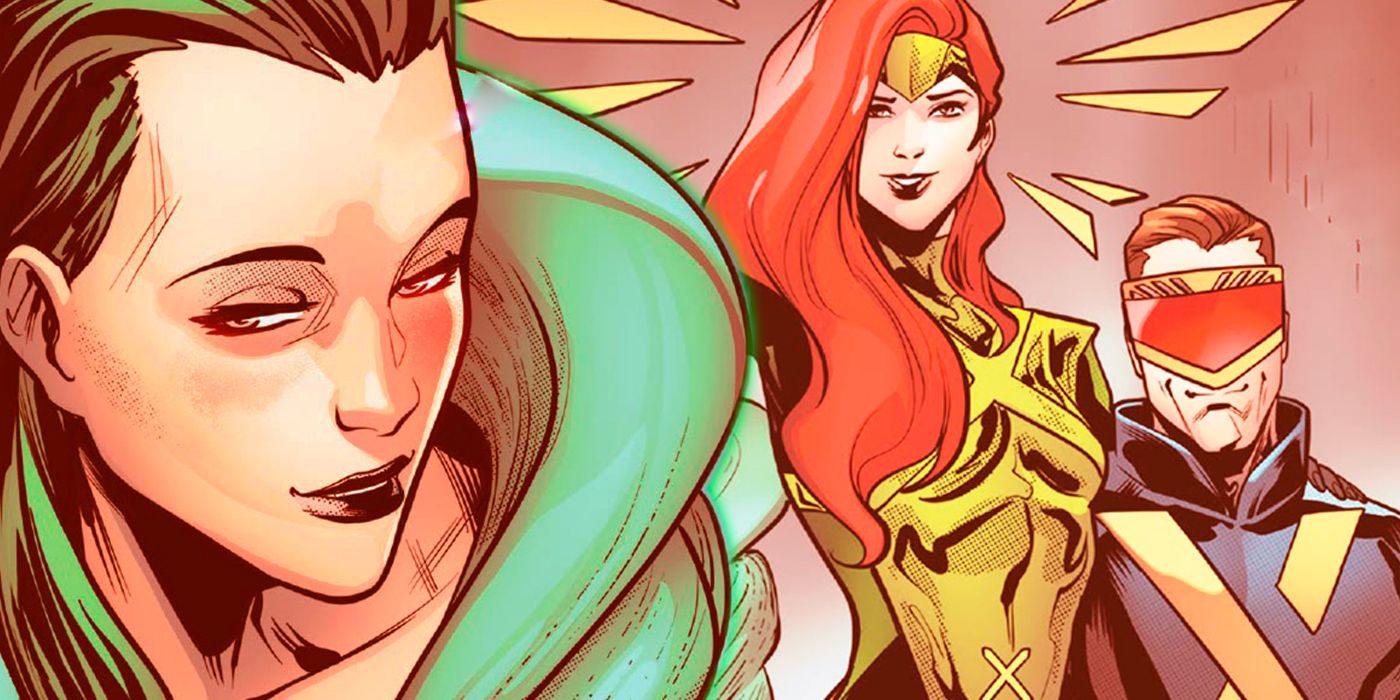 WARNING: The following contains spoilers for X-Men #5, on sale now from Marvel Comics.

The X-Men have always had to be careful with their powers and the ways the heroes utilize them. But even in the supposedly enlightened times of Krakoa, there’s still some seriously thorny ethical boundaries some notable heroes are willing to breach.

X-Men #5 (by Gerry Duggan, Javier Pina, Ze Carlos, Erick Arciniega, and VC’s Clayton Cowles) reveals that Polaris (aka Lorna Dane) was elected to the new team partially because Jean Grey telepathically removed an impulse in her to stay unnoticed, raising some serious ethical questions about how far telepaths should go to “help” their friends. 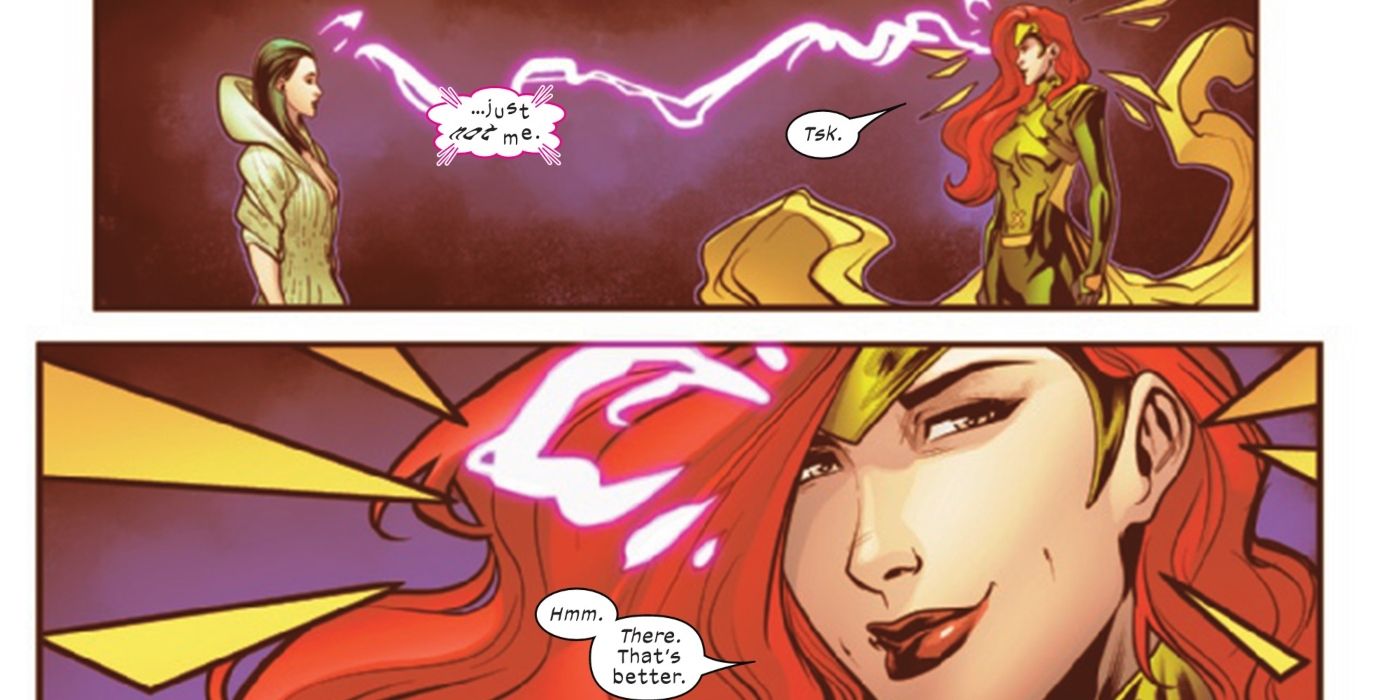 The issue in question largely focuses on Polaris and her current tenure with the X-Men. While she’s adjusted to the role well and has proven just how powerful she really is, Lorna still has some doubts about her place on the team that stems from her doubts about her power and potential. It turns out that during the Hellfire Gala, these doubts almost kept her from throwing her name into contention for a place on the team. Sensing these concerns in her friend, Jean Grey quietly ventured into her mind and altered her thoughts, relaying the initial desire to be an X-Man and pushing away Lorna’s impulsive doubt. This allowed Polaris to become a nominee and ultimately win a position on the team.

On the one hand, it was nice that Jean saw her friend conflicted, and decided to do something to help her out. On the other, it’s incredibly suspect that Jean ventured into a friend’s mind without permission and made an alteration, no matter how slight. Even if she didn’t implant a thought into Polaris’ mind, she did push aside another, which feels like a serious ethical breach from the Omega-Level Mutant. Telepathy is one of those powers that constantly seems to toe the line of morality. In emergencies or to help someone who has requested psychic intervention, it’s one of the most straightforward ways to assist. But a longstanding lesson of Charles Xavier has been to treat such incredible power with caution, or else risk letting their best intentions get out of hand. 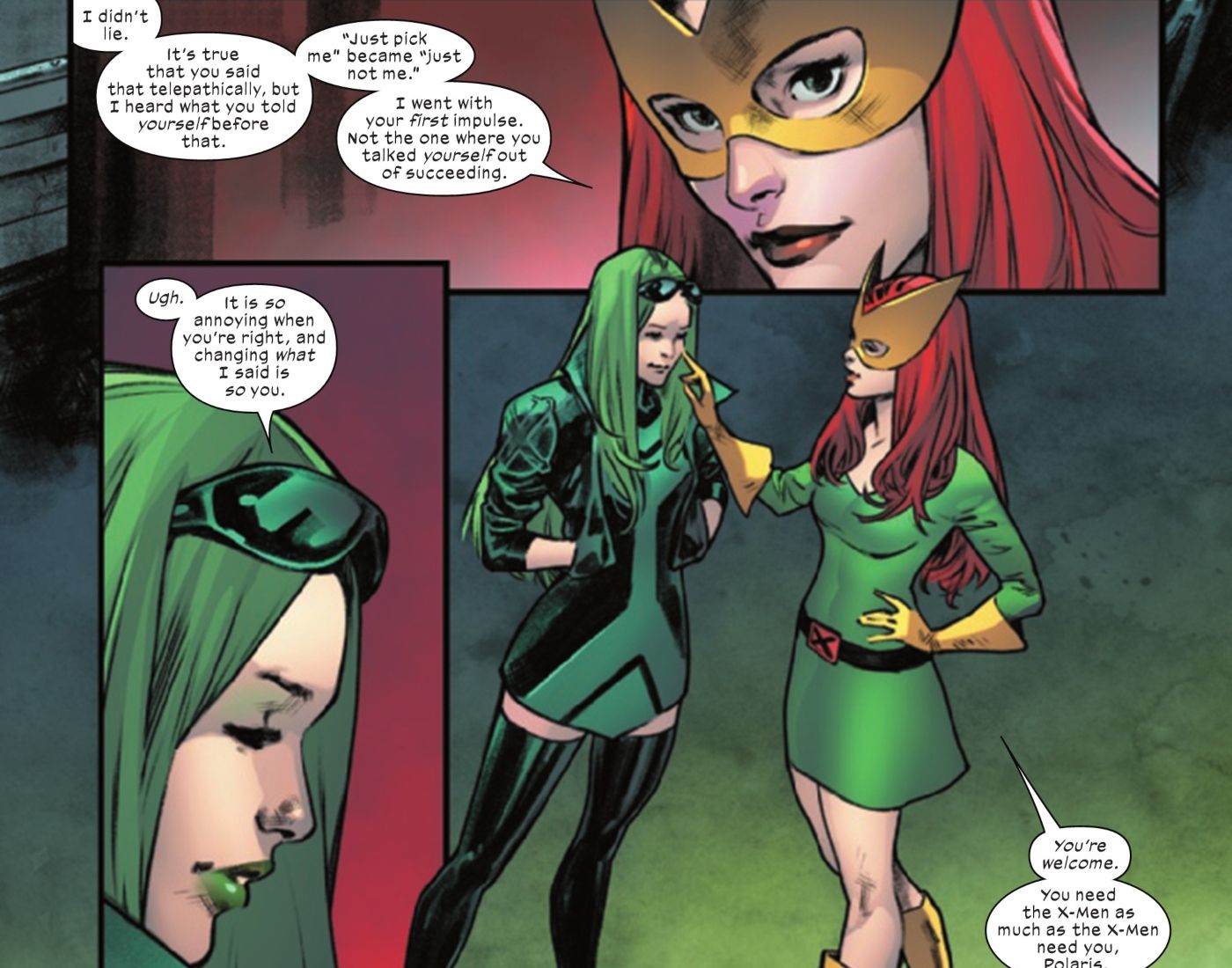 Jean clearly meant to help Lorna by pushing the more positive thought to the forefront during the X-Men elections. In retrospect, Polaris admits that she’s happy being on the team, and that she’s ultimately glad that Jean acted as she did. But she’s right to bring the issue up to her teammate, especially considering Jean’s history of telepathically “pushing” others. At various points over the years, the Omega-Level telepath has used her powers to nudge people in the direction she thought they should go. One of the most infamous incidents of this was when she nudged Iceman to come out as gay in All-New X-Men #40 (by Brian Michael Bendis and Mahmud Asrar). Although this ultimately led to Iceman accepting his sexuality, it’s still a morally fuzzy liberty for Jean to take with her friends.

Both of Jean’s interventions with Polaris and Iceman have allowed the two heroes to grow as people in healthy ways, and neither of them seems to hold any sort of grudge over what their telepathic friend did. But it raises plenty of moral concerns about the limits of telepathy and how it should be used. If changing the minds of friends is okay, then why can’t telepaths like Jean Grey, Emma Frost, and Charles Xavier simply alter the impulses and thoughts of their enemies? It’s a dangerously thorny issue, and one that Jean’s tinkering with Polaris’ impulses brings back to the forefront.