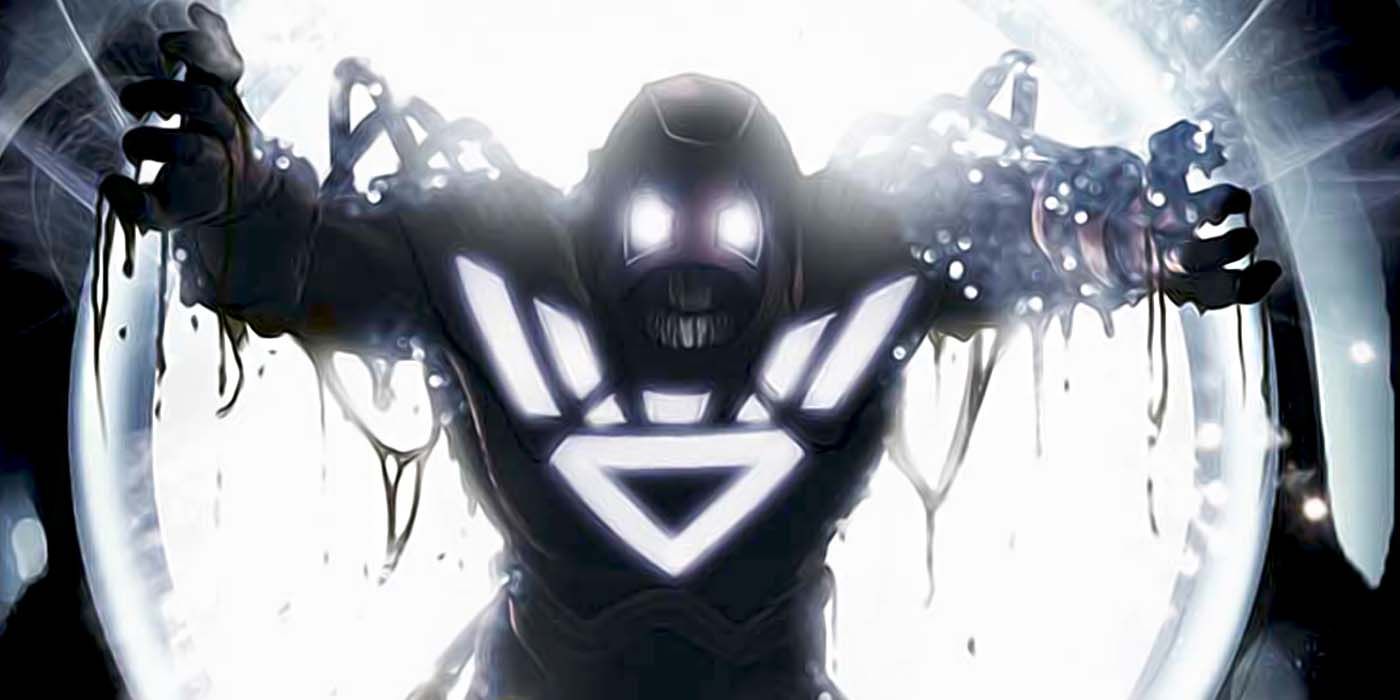 Of the cosmic threats that have unraveled the very tear fabric of the DC Universe, few are as instantly recognizable to long-time comic fans as that of DC’s anti-matter titan, the Anti-Monitor. From toppling the Multiverse, to joining the Sinestro Corps, to warring with Darkseid, the villain’s impact continues be felt across the DC Universe within the comic’s landscape.

RELATED: DC Confirmed Its Most Terrifying God – and It Isn’t Darkseid

With the power to devour whole worlds, and the DCEU hungering for a threat equivalent to Marvel’s Thanos or its next cosmic powerhouse, Galactus, could audiences see this terrifying threat realized on screen? Or is the villain simply too much for this infant cinematic universe to handle? 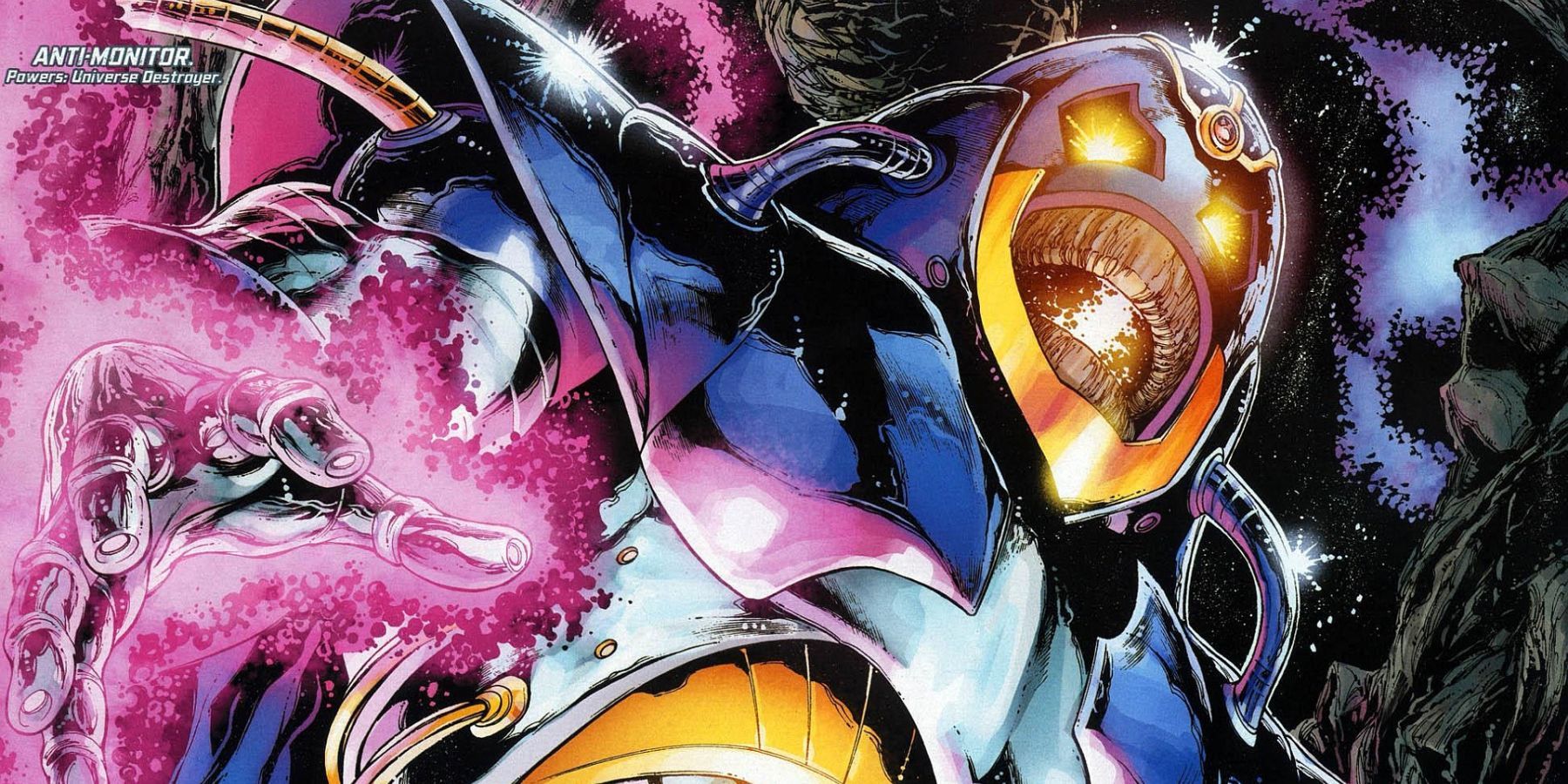 Created back in 1985 by writer Marv Wolfman and artist George Pérez, the Anti-Monitor served as the primary antagonist of the historic Crisis on Infinite Earths, a storyline which forever altered the direction of DC for both the renowned characters within its universe, and the scope of the stories that would be told by the creators at DC in the years to come.

Hailing from the planet of Qward, a violent and cruel world that exists as an opposite to the peaceful Oa, the Anti-Monitor was born the counterpart to the Monitor, with one representing the positive matter universe and one representing the anti-matter universe. These beings would war for millions of years, but the conflict would escalate as the Anti-Monitor began devouring the energies of worlds both within the anti-matter universe, and eventually, the positive matter universe, taking countless lives across the multiverse. As the Anti-Monitor grew stronger, the Monitor would grow weaker, necessitating the Monitor’s gathering of heroes from the remaining worlds of the multiverse to stop him. At the cost of untold lives, and with many heroic sacrifices, the DC heroes eventually managed to put a stop to the complete destruction of their universe and the multiverse as a whole.

Who the Anti-Monitor is and where he comes from has shifted a great deal over the years since Crisis on Infinite Earth’s release, with the 2008 event Final Crisis retconning that the Monitor and the Anti-Monitor were once the same being but were split into two upon interacting with the DC Universe. Most recently, the ongoing Justice League title under writer Scott Snyder retconned that both Monitor and Anti-Monitor were sons of the cosmic goddess, Perpetua. Though the origins of this character may change, his vile nature and his thirst for annihilation remains, as well as the immense power he wields.

Similar to Marvel’s Galactus, the Anti-Monitor harnesses his power from the energies of the worlds he consumes. As he gathers this energy, his powers and capabilities reach new thresholds, even being able to travel through time and manipulate reality with enough energy. Without that energy, the Anti-Monitor has still shown himself capable of withstanding punches from Superman, arguably DC’s most powerful hero, without even flinching.

Using the energy he’s gathered; the Anti-Monitor can concentrate this power into an offensive energy beam, which he infamously used to kill Supergirl in Crisis on Infinite Earths #7 (by Marv Wolfman, George Pérez, Jerry Ordway, Dick Giordano, John Costanza and Tom Ziuko). He can break matter down to its most basic level, as well as create it, and should his energy levels run dry, he can instantly transport himself to the anti-matter universe and recharge. In essence, the Anti-Monitor is nearly immortal, illustrated to audiences in the numerous times he has continued to cheat death through the years. With this kind of power, could audiences see the character face the heroes of the DCEU? 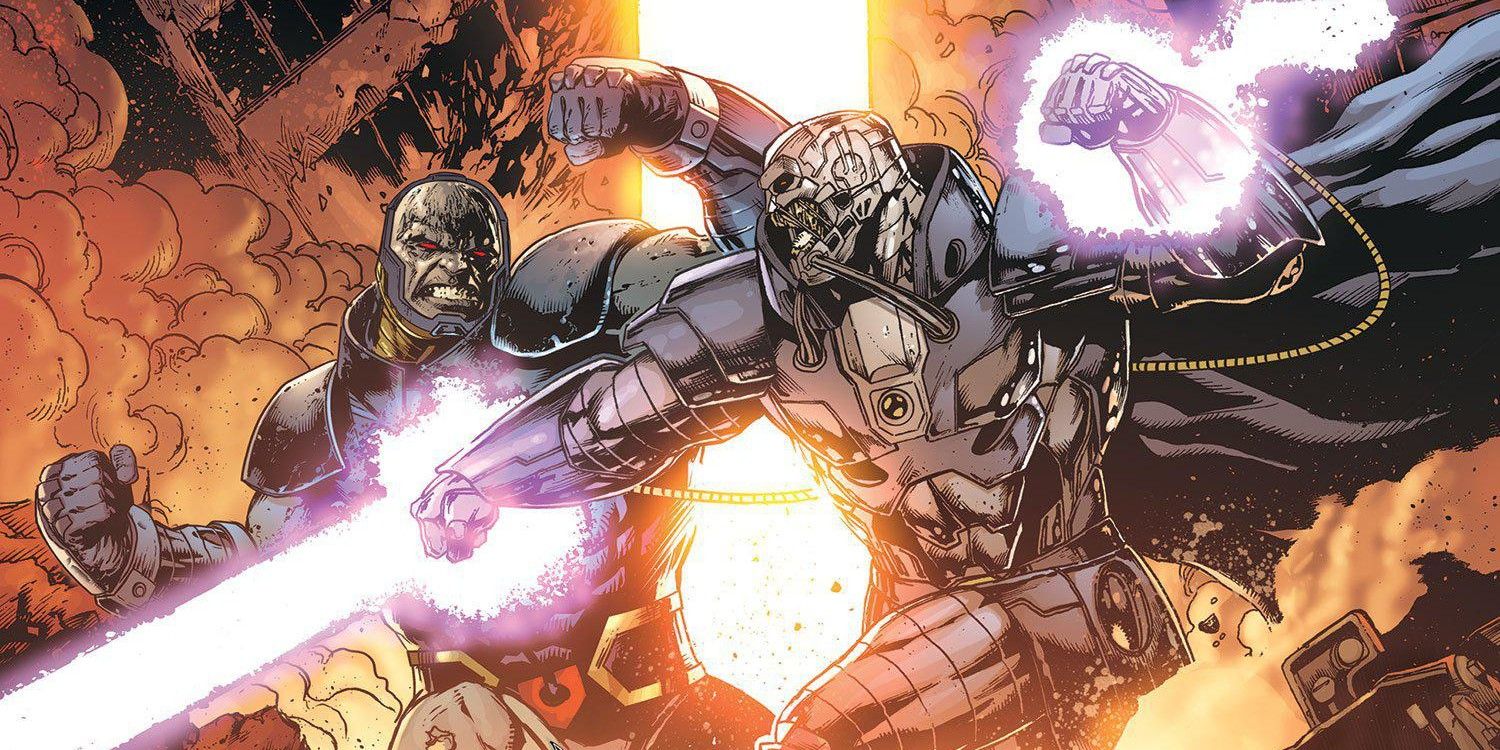 While he hasn’t appeared in the films, the Anti-Monitor was the primary antagonist of the CW’s divisive television event “Crisis on Infinite Earths,” an adaptation of the classic DC storyline that first introduced the character. This event saw all of the then concurrently running DC shows crossover, with their heroes uniting to thwart the Anti-Monitor’s plans for multiversal destruction.

While the CW shows had been building towards this event, the DCEU continued to build Darkseid as the threat to come, with Steppenwolf setting the stage for Darkseid’s arrival. The most apparent opportunity DC has for bringing the Anti-Monitor into the DCEU would be through an adaptation of the comic storyline, “The Darkseid War,” an event which saw the two colossal titans of evil clash, with the earth’s heroes caught in the middle. Such an opportunity would also allow the DCEU to crossover with the CW universe, should that adaptation of the Anti-Monitor be used.

RELATED: A Forgotten DC Cosmic God May Be Stronger Than Watchmen’s Doctor Manhattan

Because of the similarities between the two characters, any adaptation of the Anti-Monitor could be connected to the adaptation of Galactus in Fantastic Four: Rise of the Silver Surfer, a divisive movie that saw the character reduced to a cloud that travels through space, consuming planets in its wake. This was of course a move that angered longtime fans. Like the Anti-Monitor, defeating Galactus often required the intervention of the entire Marvel universe, yet in this movie, some would argue the character’s defeat at the hands of the Silver Surfer betrayed the true threat the character could impose. 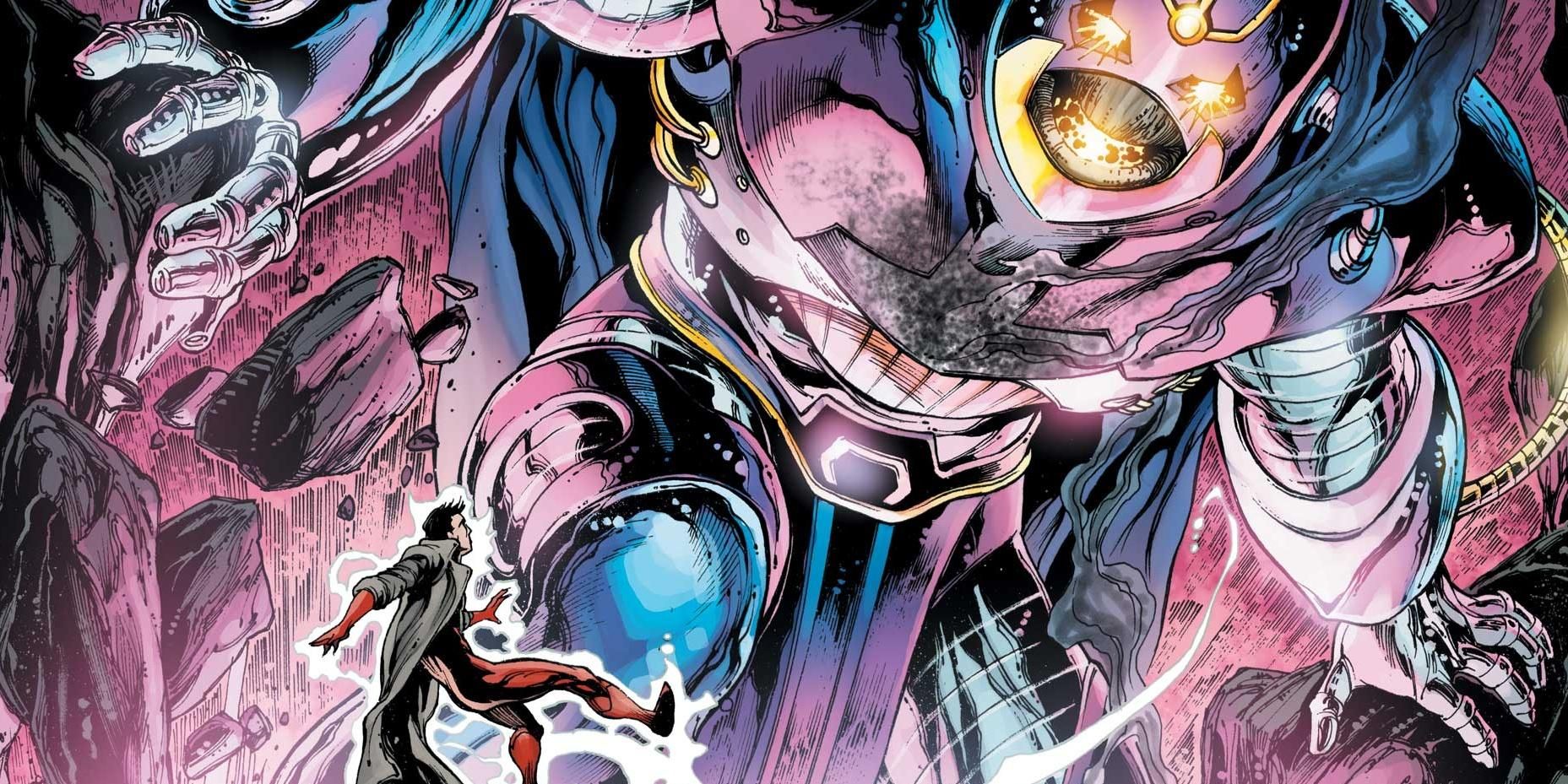 Should DC incorporate its world-consuming villain into film, it would likely need an entire universe of characters to properly display the true power and terror of the Anti-Monitor. And with the relatively small cast currently in the movies, there would need to be a great deal of building before a storyline that is true to the character could be properly told; otherwise, the disappointment of fans might be similar to that of Galactus’ interpretation in Rise of the Silver Surfer.

With the shifting direction of the DCEU, and the “Crisis on Infinite Earths” CW storyline only being a couple years old, it is unlikely audiences will the see the character on the big screen anytime soon, and with how grand of a threat the Anti-Monitor imposes, it would likely be hard to build a storyline for the character that properly illustrates his capabilities. With the proper building, and the patience to do the story right, the Anti-Monitor has the potential to be DC’s answer to Thanos… times about a thousand. With a universe of cinematic heroes, the care of talented creators and a budget to match the ambitions, the anti-matter titan would surely enthrall audiences, devouring their attention as easily and effectively as he devours worlds.