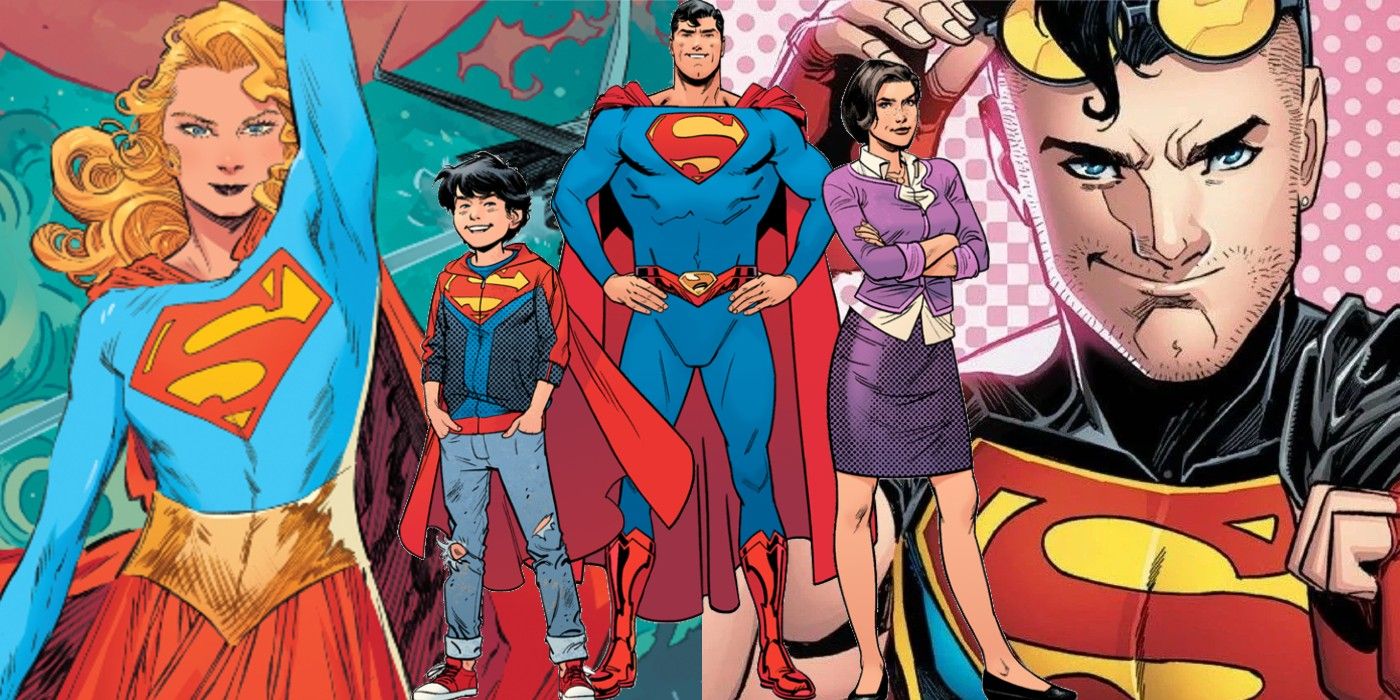 The Superman family has put up a combined front recently, most notably in the pages of Action Comics. Even though the family is starting to split apart with Clark Kent on his Warworld mission, there’s one big member of this iconic cast of characters that’s still been left out of the picture – Power Girl. Supergirl’s doppelganger from another Earth has had quite a turbulent time since the beginning of the New 52, but now her original history is back and she’s once again on Earth-0. But why hasn’t she joined the rest of the Superman family yet? It turns out, she’s been taken out by a weakness even greater than kryptonite – capitalism.

Rather than going out and saving the day as she did before, Karen Starr is working for the unknown superhero freelancing service HEROZ4U in One-Star Squadron #1 by Mark Russell, Steve Lieber, Dave Stewart, and Dave Sharpe. This new service is for heroes in need of a little extra cash. It’s full of D-listers who don’t have the luck or the resources that certain other heroes do. Which raises the question, why is Power Girl working there?

RELATED: Superman’s New Team Broke His One Rule and That’s… a Good Thing? 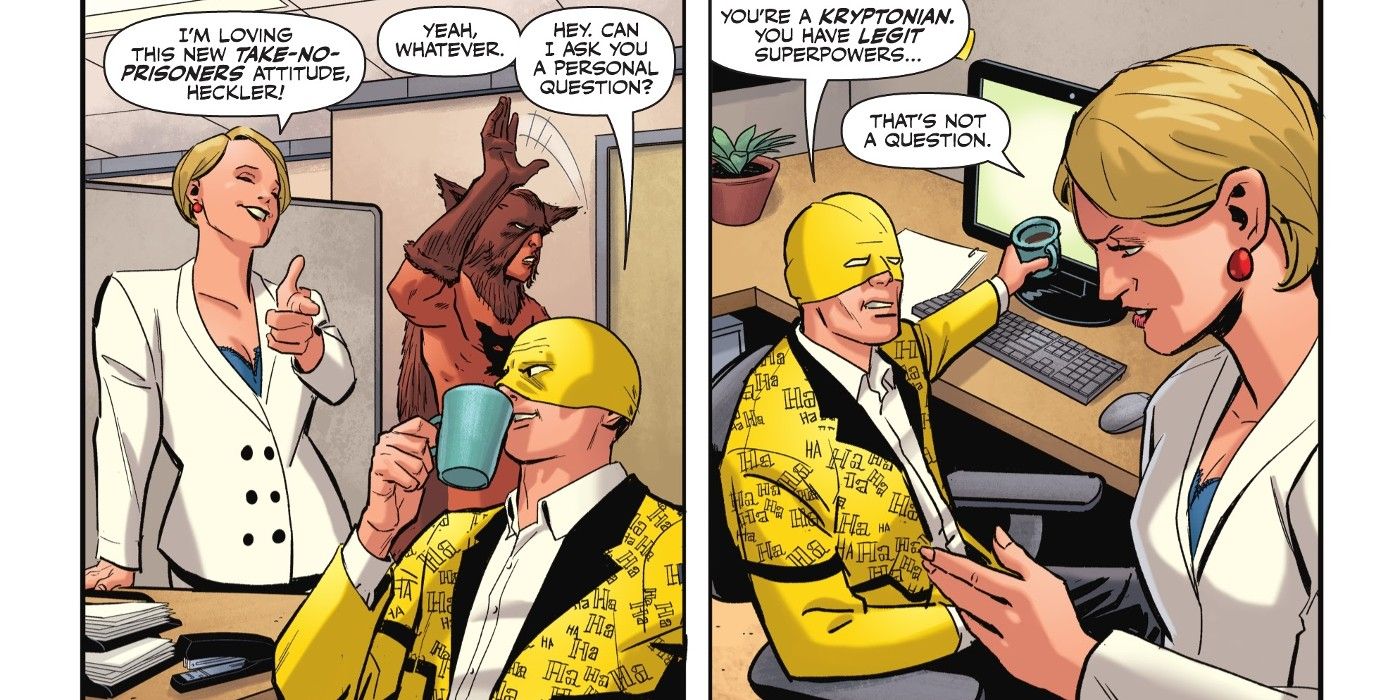 This is something that the Heckler eventually asks her. The answer she gives him is a soul-crushing one and involves some of her toughest opponents. She picks up one of the hero’s books, by Maxwell Lord, and asks him if he’s read it which, of course, he has. Apparently, it changed his life and looks to be one of the reasons he’s working with HEROZ4U. Power Girl has a history with the flashy billionaire. He was once a member of the Justice League International before he turned villain and killed one of its members, Blue Beetle. She and the League ended up fighting a losing battle against him shortly before the New 52, where he made the world forget about his past crimes. The fact that one of her most hated foes is not only free but an apparent inspiration for heroes is part of why she’s here.

She explains that her fight against villainy often led to nothing, as it did with Lord years ago. The issue shows her fighting the infamous Superman villain Lex Luthor and highlights how he only seems to increase his power after every defeat, with Netflix and Fox News knockoffs spawning from his infamous company LexCorp. Lex is even influencing heroes in a more insidious way than Lord is, having taken over Batman Inc. after Bruce Wayne lost most of his fortune.

She compares the money-based world we live in, to a magic one. Magic is a less famous Kryptonian weakness than kryptonite but it’s much more effective. If she had landed on a world filled with magic then her superhuman abilities wouldn’t put her above anyone else. She would be totally vulnerable to anything and everything that the world has to offer. That’s how she feels right now. She may have believed she could fight against it before, but it looks like the capitalist system empowers her villains to come back stronger, no matter how many times she beats them. 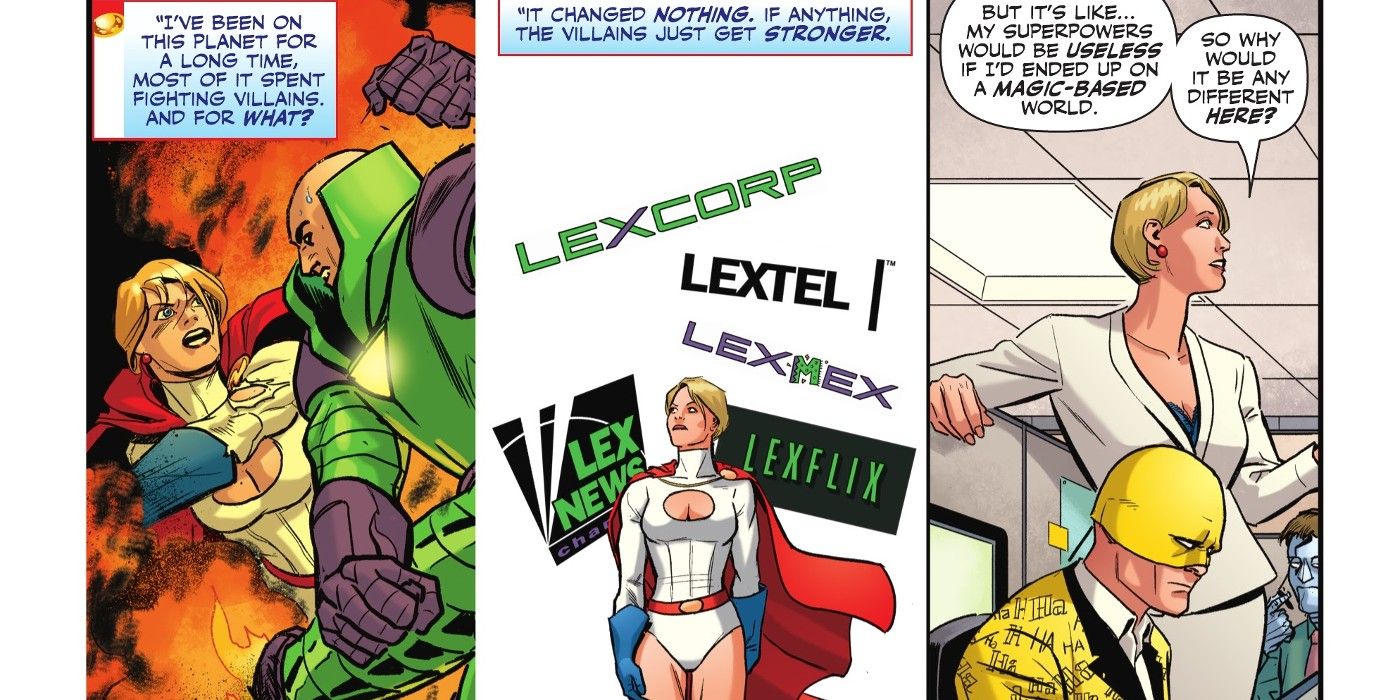 This is a very cynical take on the character. She’s basically given up on the hero life altogether and only focusing on helping herself, as well as other down and out heroes, survive in a system that prizes money above all else. It explains why she’s been absent from the Superman family, too. She just doesn’t believe in their fight anymore, or even all of their values.

She may be helping washed-up heroes now but this job could be about to turn her into a villain, herself. The end of the issue teases that she may be gunning for the job of her boss, Red Tornado. If that does happen then she truly will have been beaten by the system, and become the very thing she once fought so hard to defeat.