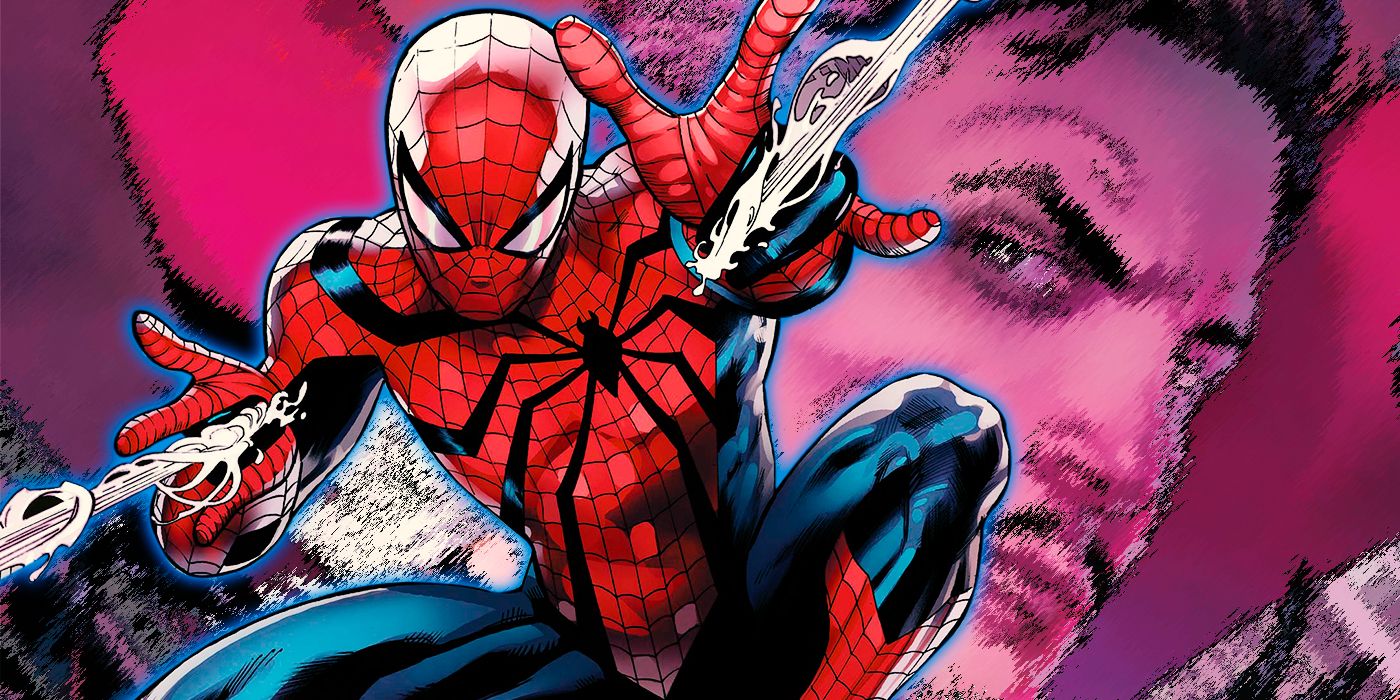 WARNING: The following contains major spoilers for The Death of Doctor Strange: Spider-Man #1, on sale now from Marvel Comics.

The Death of Doctor Strange has opened the door for a myriad of horrifying interdimensional threats to invade the Marvel Universe. While some of the most capable Masters of the Mystic Arts try to get to the bottom of the Sorcerer Supreme’s murder, the rest of Earth’s Mightiest Heroes have been left to clean up every other mess left in the wake of Strange’s death. In the case of New York City, the threats that have arisen are more dangerous than anyone could have expected, and are an indication of some of the secret horrors the doctor kept hidden from the rest of the world.

The loss of Strange isn’t the only situation that the heroes of the Marvel Universe are struggling with, as Ben Reilly and Felicia Hardy are engaged in a heated discussion at the bedside of the comatose Peter Parker. Unfortunately, being on the verge of death could not keep Peter from being called on for help by a vision of the Sorcerer Supreme. With Ben having taken up the mantle of Spider-Man, it falls on him and Felicia to take on the mystical threats now left unchecked in the city. What starts easy enough with taking on the Gator Shaman down in the sewers of NYC soon becomes a nonstop flurry of ferocious beasts for the heroes to face. 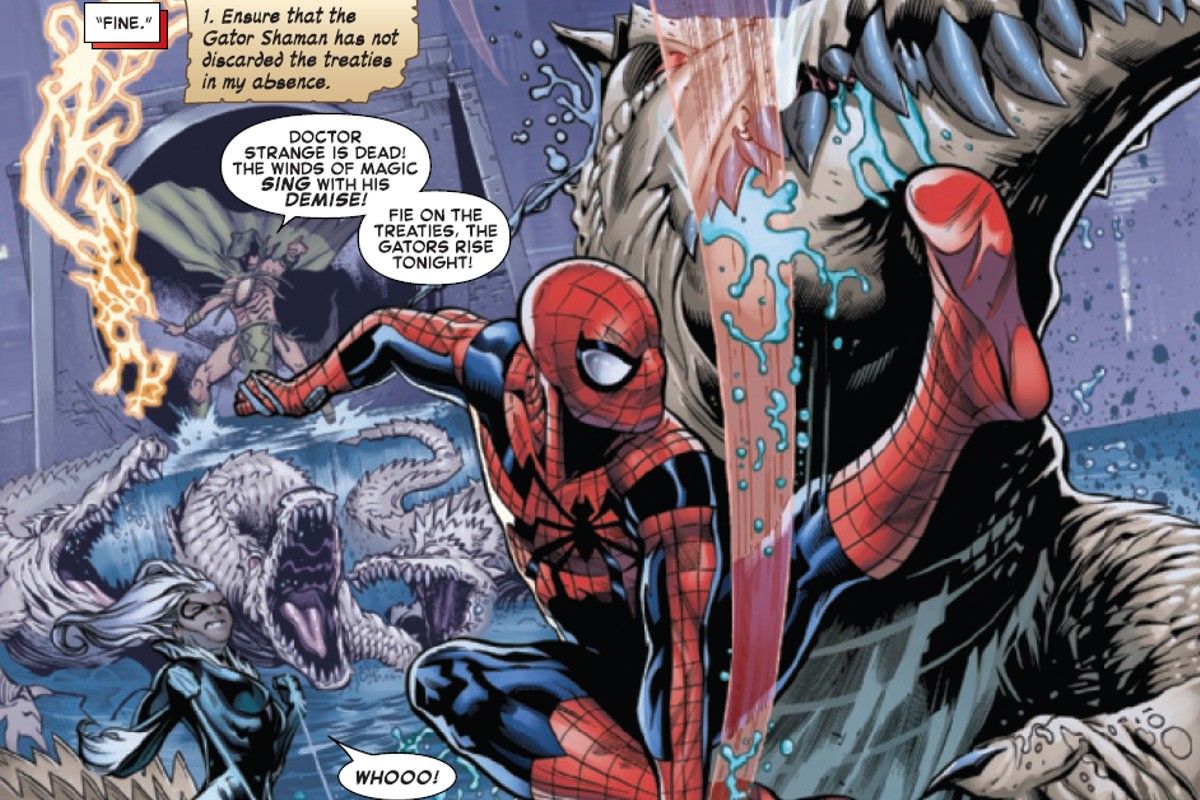 The Death of Doctor Strange: Spider-Man #1 (by Jed MacKay, Marcelo Ferreira, Wayne Faucher, Andrew Crossley, Peter Pantazis, and VC’s Joe Caramagna) sees the web-slinging hero and the Black Cat face off against not just a handful of mystic threats, but well over a dozen in the form of goblins, possessed trains, and the undead. This is an indication of how Doctor Strange’s presence and power as Sorcerer Supreme was keeping the world safe at all times from threats that most people didn’t even know existed.

As the duo toil away throughout the night, it becomes evident just how much Doctor Strange has been secretly protecting the city. As Ben Reilly points out, it shouldn’t be all that surprising that the doctor’s efforts have gone largely unnoticed, as that is the very nature of his work as Sorcerer Supreme. Doctor Strange wasn’t just the foremost Master of the Mystic Arts, nor was he merely Earth’s premier defender against things that go bump in the night. Rather, Strange had taken on a role akin to that of a village doctor, bringing a sense of safety to his community against largely unseen threats. 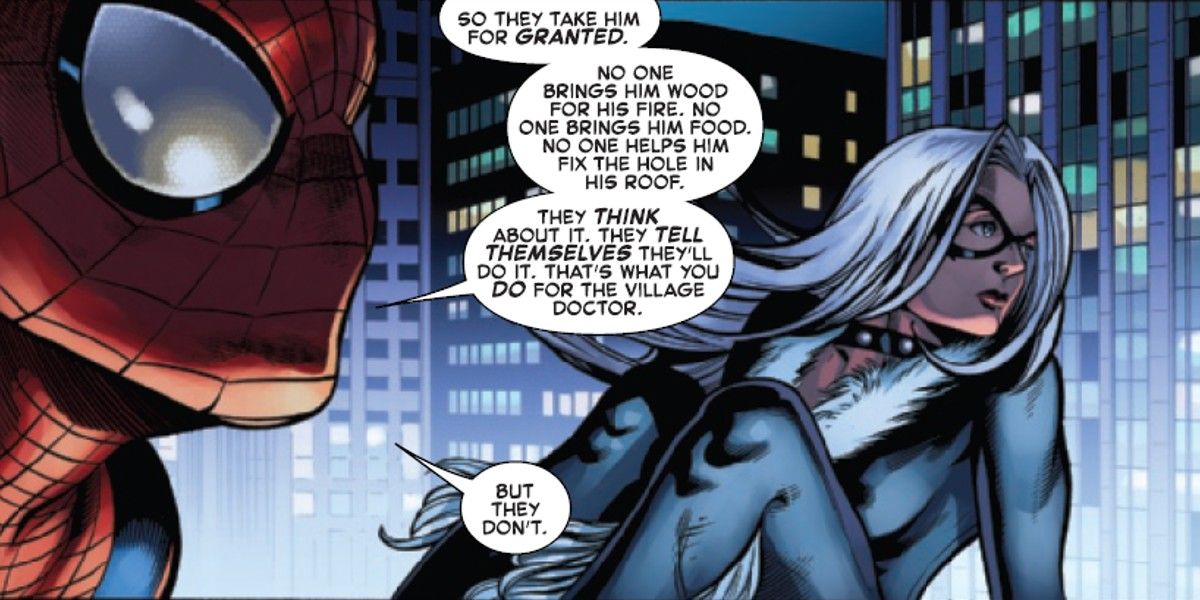 Thankfully, there are still heroes such as Ben Reilly who have risen up to protect the streets of NYC, much like the Avengers have taken to combatting the larger threats that have arisen in Doctor Strange’s absence. However, even though they are capable of handling the smaller threats, there is no way of knowing if they will be able to adjust to the long term complications that come with living in a world without a Sorcerer Supreme.

What Ben and Felicia have dealt with in one night barely scratches the surface of everything that’s waiting to claw its way out of the shadows. Their adventures, although heroic, do little more than highlight the dire need of the Marvel Universe to find another Sorcerer Supreme as soon as possible.