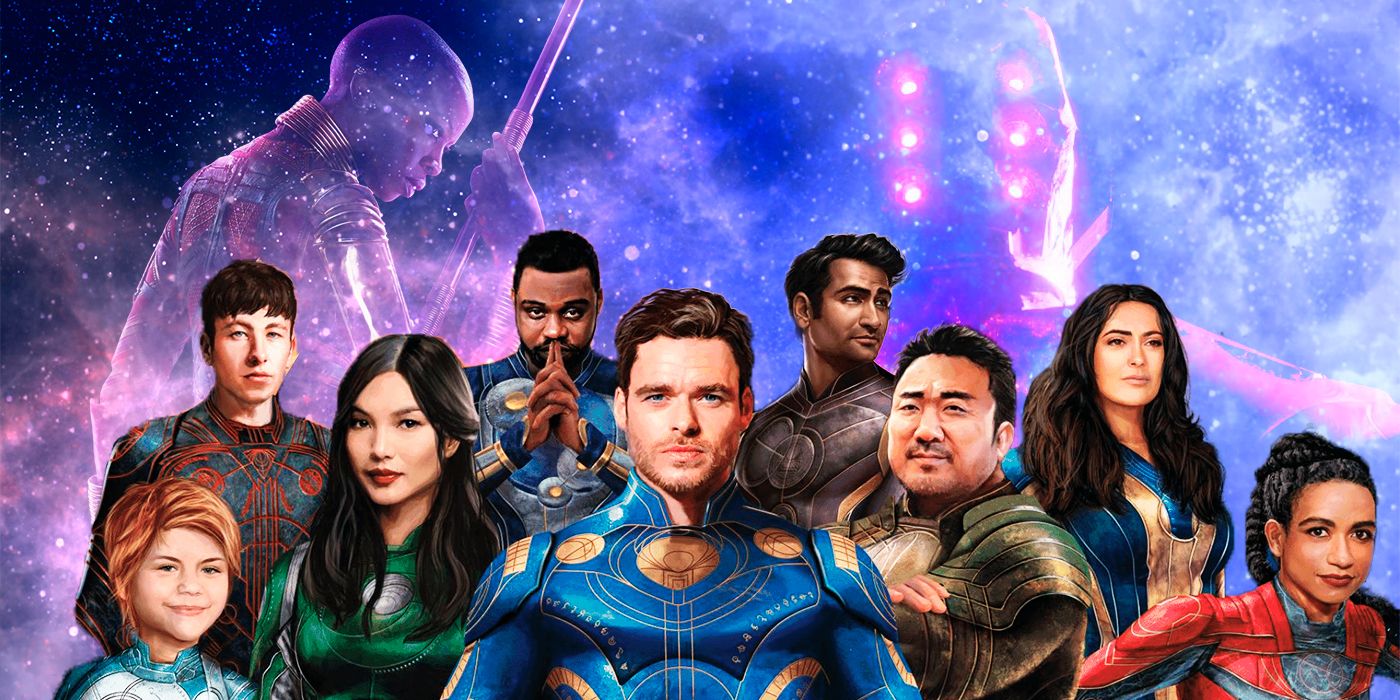 The recent release of the Marvel Cinematic Universe’ new movie, Eternals, may have snuck in the most powerful being in the Marvel Universe, known as the all-powerful Fulcrum. Very little is actually understood about the entity but many fans speculate that the Fulcrum is actually an aspect of the One Above All, Marvel’s version of God.

If that’s the case, it would mean there is a direct line within the MCU to something not just within the Marvel Multiverse, but standing outside of it. If true, it would open up a grand meta-game that might take Marvel either to new heights, or to a place of no return.

RELATED: Revisiting the Eternals’ Marvel Debut Decades Before the MCU 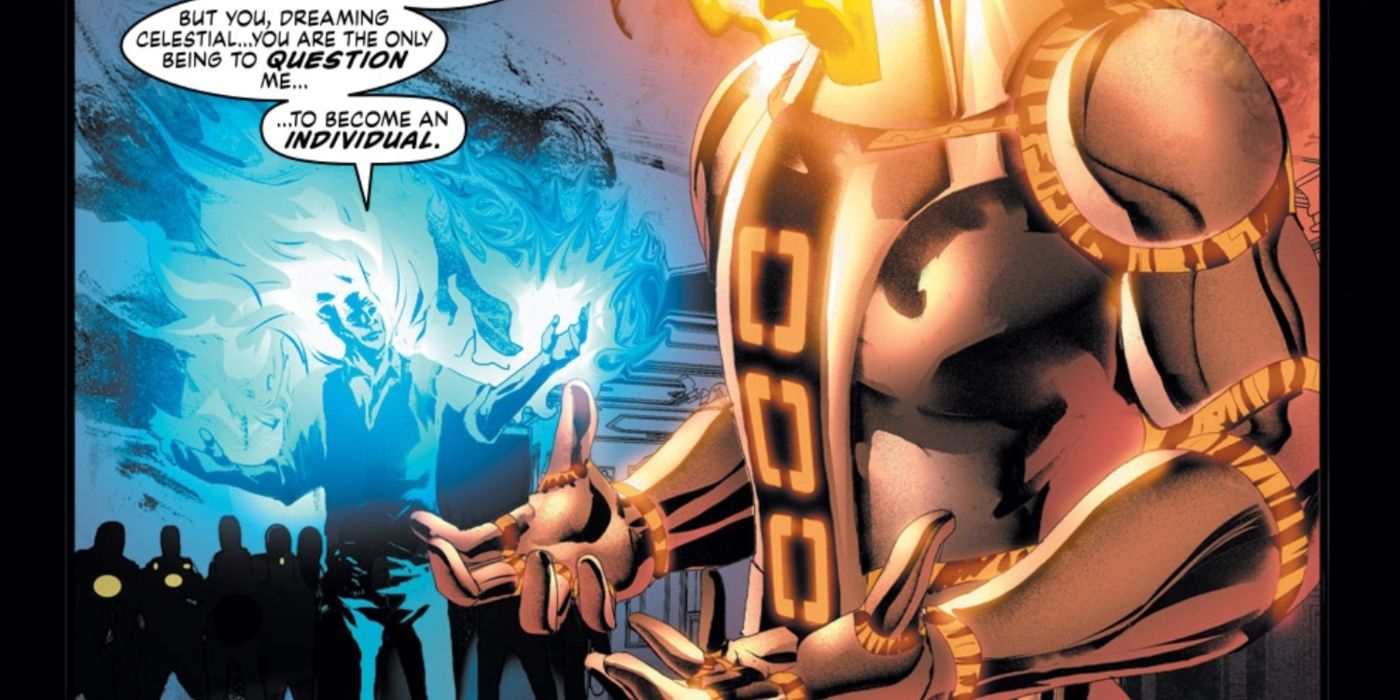 The Fulcrum first debuted in Eternals #7 (by Charles Knauf, Daniel Knauf, Eric Nguyen), where he is served by the Celestials, the Horde and the Watchers. The Celestials harvested energy that would go to the Fulcrum and then direct it to either the Eternals or the Deviants, marking the god as a source of their power. This is how the entity fundamentally connects to the newest stars of the MCU, by being the spark that essentially created them, with the Celestials really only acting as the arbiters of that power. But that’s not the only function The Fulcrum may serve; there is rather something more traditionally “religious” at play.

When an Eternal physically dies, their mind is usually uploaded to a new body via their Machine framework, but before this occurs, the dying Eternal goes to a place known as The Vestibule. It’s there where they meet Fulcrum. The Vestibule and the Fulcrum take the appearance of a bar, with the Fulcrum acting as its tender, informally welcoming the recently deceased to discuss with them the cause of their death and of course, more broadly, the meaning of life. Although still somewhat of a mystery, this role adoption may be to make an Eternal more comfortable, or even make the message of their existence more accessible. Regardless, The Vestibule functions as a way station whereby the Eternal has the choice to either be reincarnated normally or to move on to a form of Heaven, not unlike a limbo or purgatory, but in comic book form.

RELATED: The MCU Is Embracing Deaf Culture in 2021 – and It’s About Time 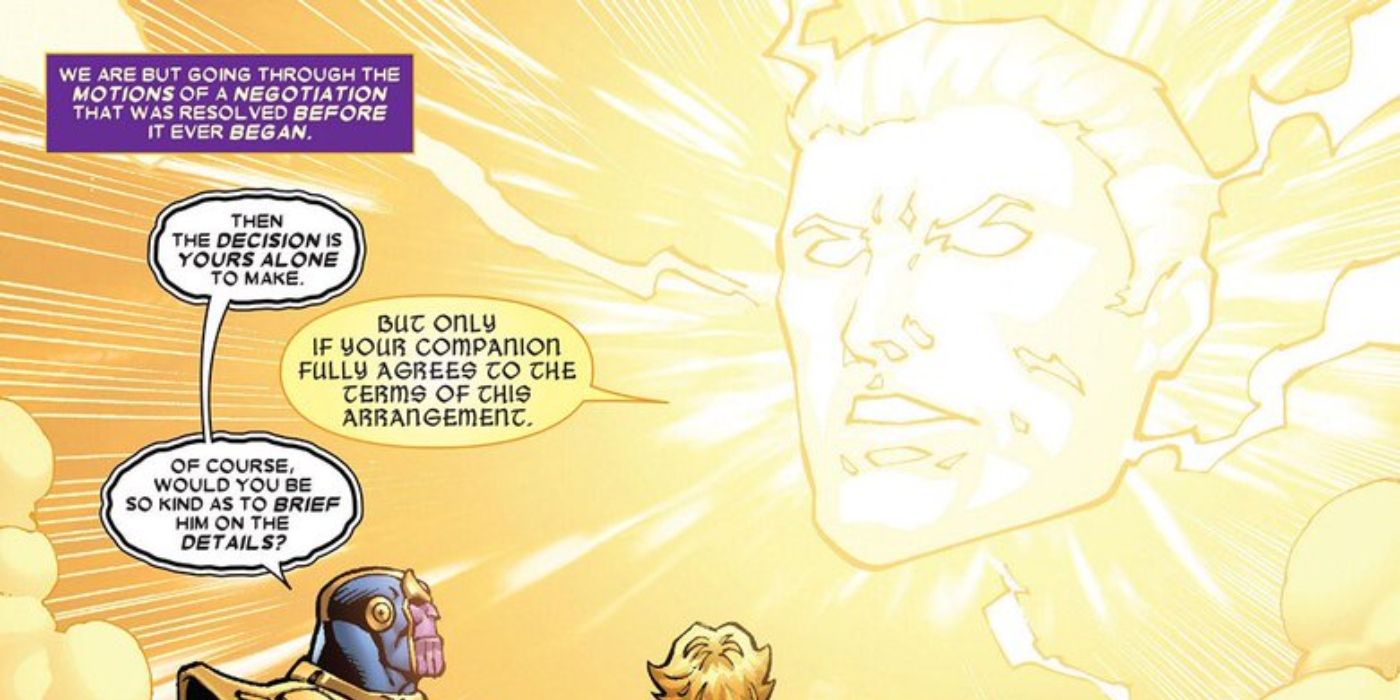 The Vestibule’s established comic book lore has led fans to theorize that the Fulcrum is actually an aspect of the One Above All, the supreme ruler and creator of the Marvel multiverse. This particular entity debuted in Fantastic Four #511 (by Mark Waid, Mike Wieringo), and its truly omnipotent status places it at the very top of the MU power hierarchy. Many fans suspect The Fulcrum is merely an extension of the One Above All designed for the Eternals, given its similar functions and purpose. However, there is still not enough evidence to truly link the two beyond conjecture.

Even if The Fulcrum is not tied to the One Above All, it is still one of the most powerful beings in the Marvel Universe. With the Eternals now a part of the MCU, The Fulcrum’s purpose may be explored within future installments of their series, paving the way for beings more powerful than even the Celestials. It has not appeared yet, but death for the Eternals in the MCU has yet to be explored in any meaningful way. As otherwise immortal beings, it is very possible The Fulcrum may have some hand in restoring those lost during their first movie, though what that means more broadly for the MCU remains anyone’s guess.

KEEP READING: Who (or What) Created Marvel’s Celestials – and Why?

EXCLUSIVE: Check out artwork from Z2’s THE LAST COMIC BOOK ON THE LEFT Volume 2