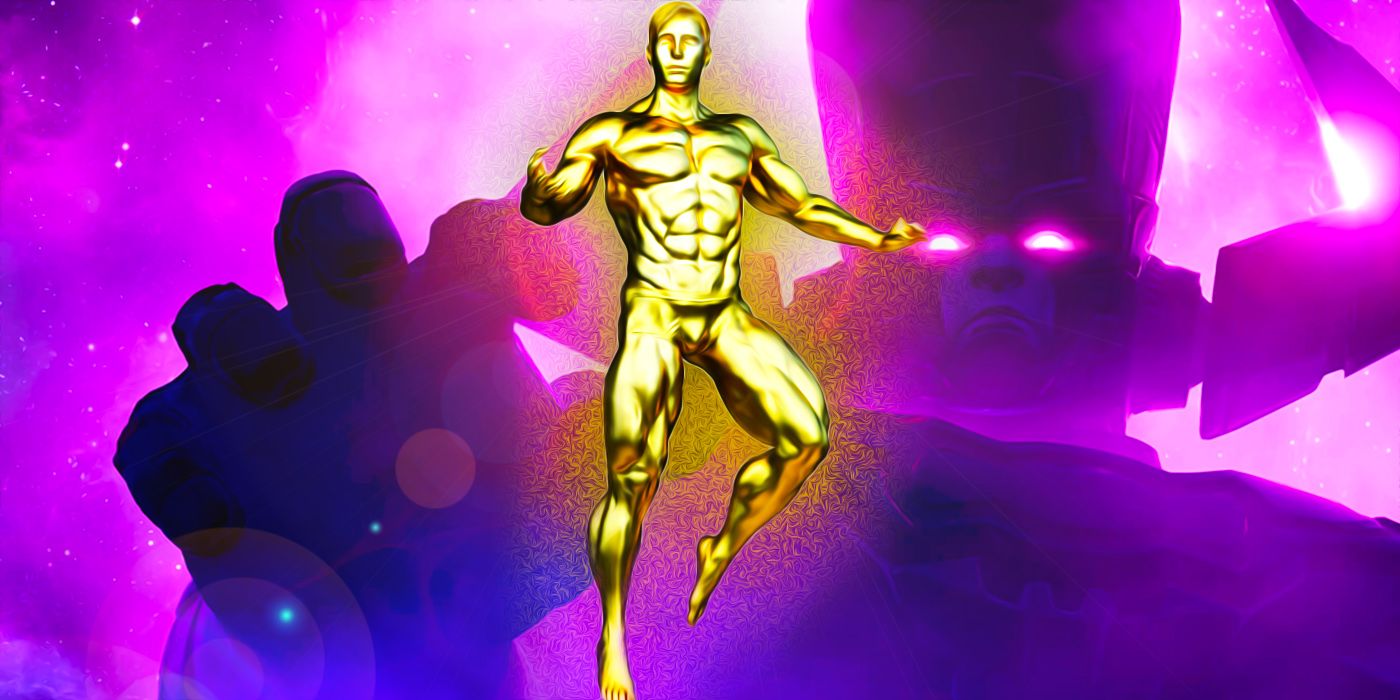 With the defeat of Thanos, the Marvel Cinematic Universe is currently in need of a new “big bad”. While the Loki series on Disney+ has been setting up Kang the Conqueror as the villain to take the place of the Mad Titan as MCU’s main threat, rumors have circulated for some time on Galactus making his MCU debut in Phase 4. If the cosmic, god-like entity is meant to be appearing soon, it is quite possible that one of his heralds will accompany him in his transition to the MCU.

The world devouring Galactus has had many heralds over the years, beings who he embeds with the Power Cosmic before sending them to scout for planets that he can consume. Although there have been many heralds, the most powerful one of all will be unable to make an on-screen appearance due to legal issues. The reason? Because is not a Marvel character but is actually DC’s most powerful and iconic superhero: Superman.

Related: Why Did Marvel’s Thanos and Galactus Fight in an Italian Comic and Who Won? 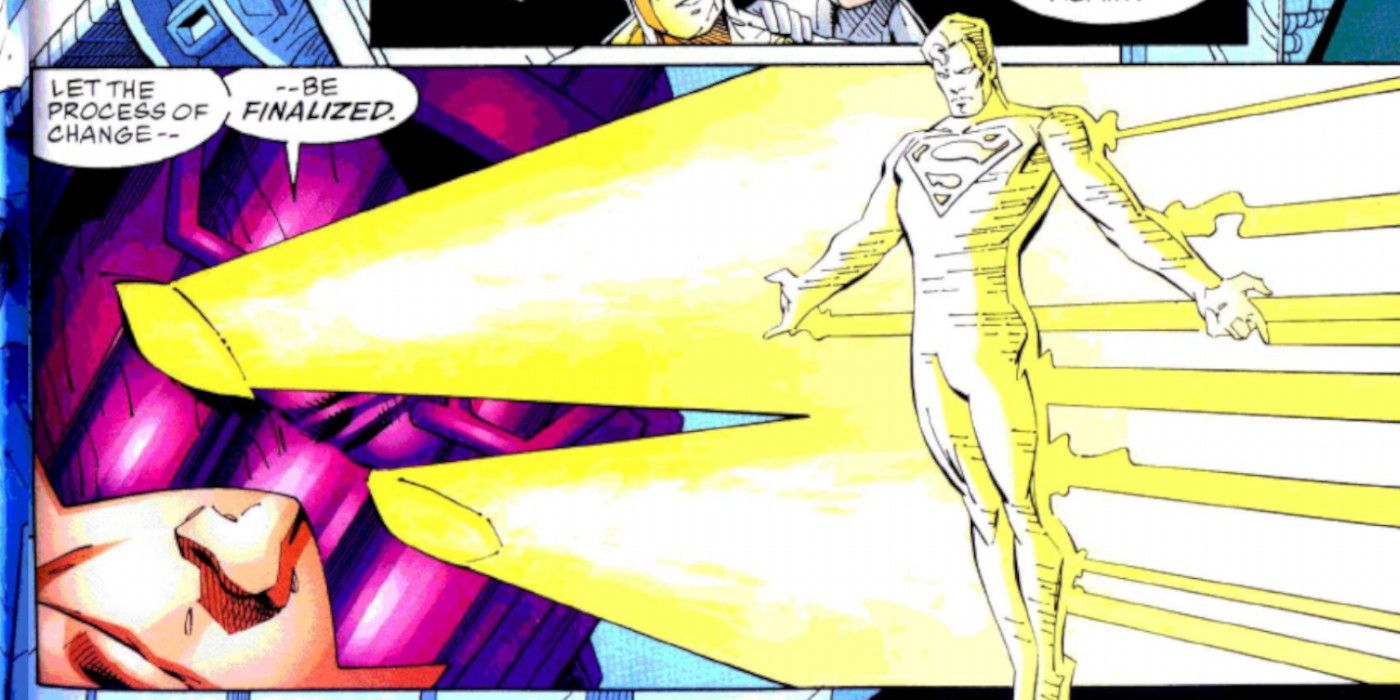 With a Phase 4 teaser that contains the logo of the Fantastic Four and the MCU reboot of the Marvel superhero team confirmed, there has been much speculation about the possibility of characters such as Doctor Doom and Galactus appearing in the MCU. For Phase 4, the MCU needs a new villain that can usher in a world-ending event, leading to an epic cross-over, a role that is a natural fit for Galactus. The Celestials, who were featured prominently in the Eternals film, may be used in some way to streamline the introduction of Galactus into the wider cinematic universe and that more than likely means that one of his heralds will appear to announce his arrival.

Due to his popularity, the Silver Surfer will most likely be Galactus’ first on-screen Herald in the MCU, although there have been many others (such as The Fallen One, Air-Walker, Red Shift, Firelord, Terrax the Tamer, Nova, Stardust, and Morg). Other Marvel characters have also been handed the role (such as Frank Castle as the Cosmic Ghost Rider in the reality of Earth-TRN666 and Thor briefly became a herald during the “The Devourer King” arc by Donny Cates and Nic Klein). Aunt May was also a herald in a bizarre What If…? storyline that saw Galactus replacing his hunger for planets with baked goods such as Twinkies. The current herald is Ka-Zar, Lord of the Savage Land, as revealed in Avengers #50 (by Jason Aaron and others).

Even though there have been many heralds of Galactus and the storyline is most likely out of continuity, there is a strong case for Superman being the most powerful of them all. The events that lead to the Man of Steel becoming a herald occurred in the Superman/Fantastic Four one-shot by Dan Jurgens and Art Thibert. In the story, Superman received a message from Jor-El, informing him that Galactus was the one responsible for Krypton’s destruction, and asked his son to avenge their fallen planet. 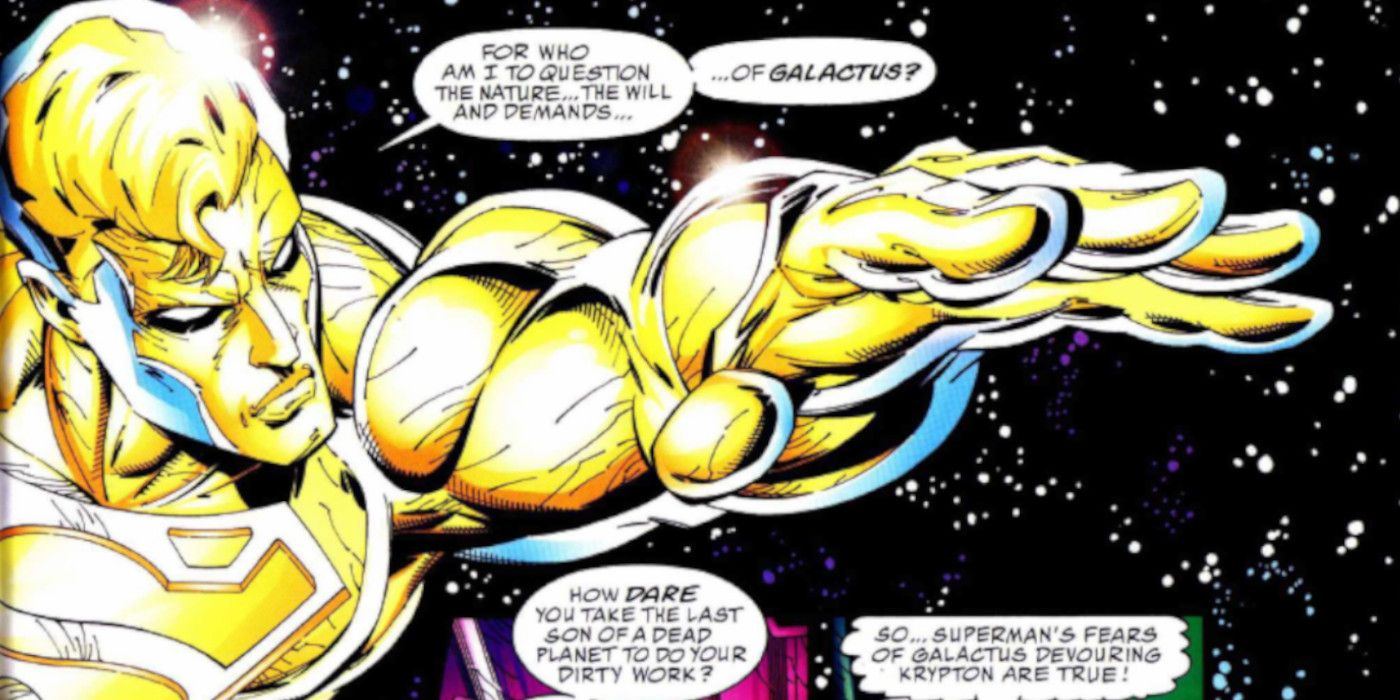 Superman traveled to the Fantastic Four’s world to ask for their help in investigating Galactus’ role in the destruction of Krypton. However, an orb arrived that attacked Superman and infused him with the Power Cosmic, making him the new Herald of Galactus. With both the Power Cosmic and his Kryptonian powers, Reed Richards acknowledged that Superman was now the second most powerful being in the universe, with the first being Galactus himself.

With his sense of identity compromised, Superman began looking for a world for his new master to devour. Kal-El eventually freed himself when he recalled Krypton’s destruction and used the Power Cosmic against his new master, who immediately stripped it away from him. The Fantastic Four and Superman eventually stopped Galactus from feeding on a world with sentient life, as it was also revealed that Galactus was not responsible for Krypton’s destruction and it had been a ploy by Cyborg Superman to toy with the Man of Steel. Galactus incinerated the cyborg, and Superman gave Franklin Richards his cape as a parting gift before returning to his own world.

Due to the fact that Marvel and DC are not likely to do a crossover film any time soon, it is unlikely that Superman will ever appear onscreen as the Herald of Galactus. However, Disney has attempted to buy Warner in the past, and if such an acquisition occurs in the future, a whole new world of possibilities would become available, including seeing the Devourer of Worlds share screen time with DC’s greatest superhero.

KEEP READING: What If Revealed How Deadly Galactus’ Attack On Earth Could Have Been