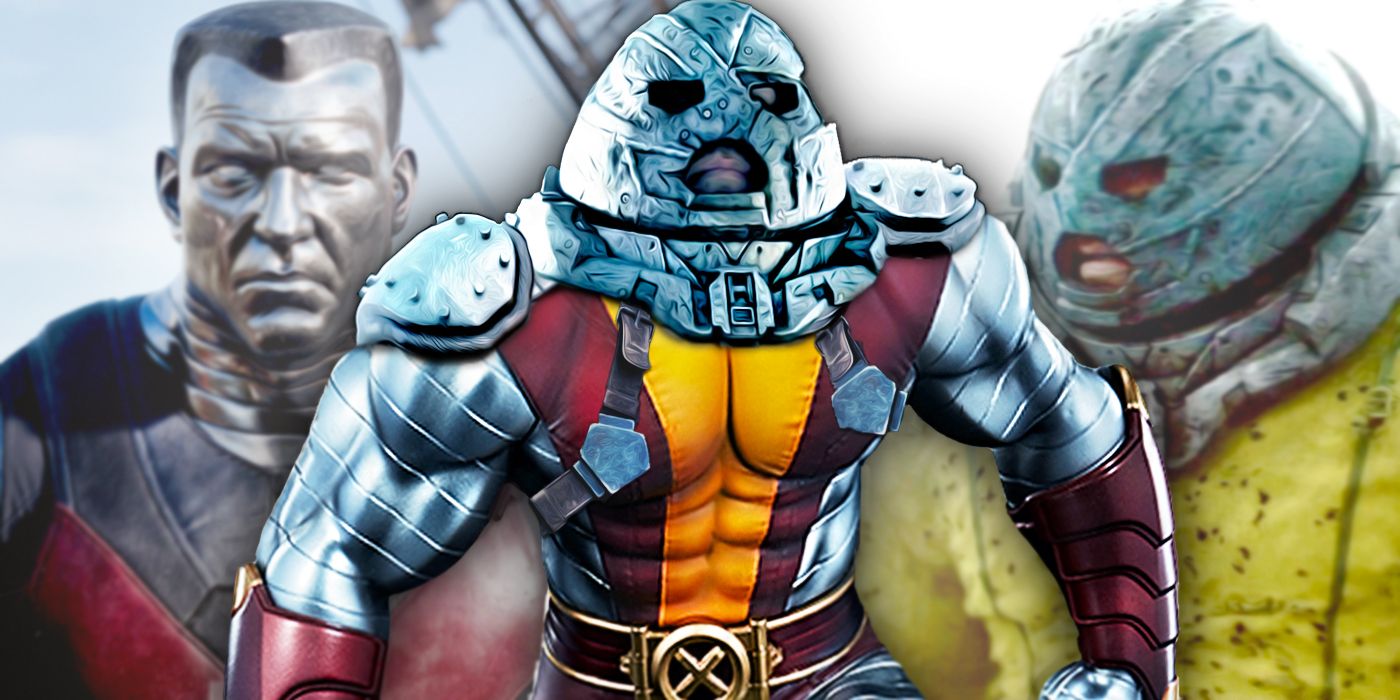 Since his debut in X-Men #12 (by Stan Lee, Jack Kirby, Alex Toth, Vince Colleta, and Sam Rosen), Cain Marko (aka the Juggernaut) has served as one of the mutant team’s deadliest enemies. As the avatar of the dark god Cyttorak, Juggernaut is capable of leveling entire cities simply by running through them, earning him a well-deserved reputation as one of the strongest beings in the Marvel Universe.

However, Marko’s strength and his title as the Juggernaut is a gift from Cyttorak, and the malevolent deity has proven willing to grant his power to someone else if Marko falls short of his expectations. One of these recipients was the X-Men’s Colossus, and Cyttorak’s “blessing” transformed the steel-skinned gentle-giant into a being so powerful and violent that even he didn’t recognize himself.

RELATED: Avengers: How Marvel’s Fear Itself Made the Heroes Asgardian Warriors 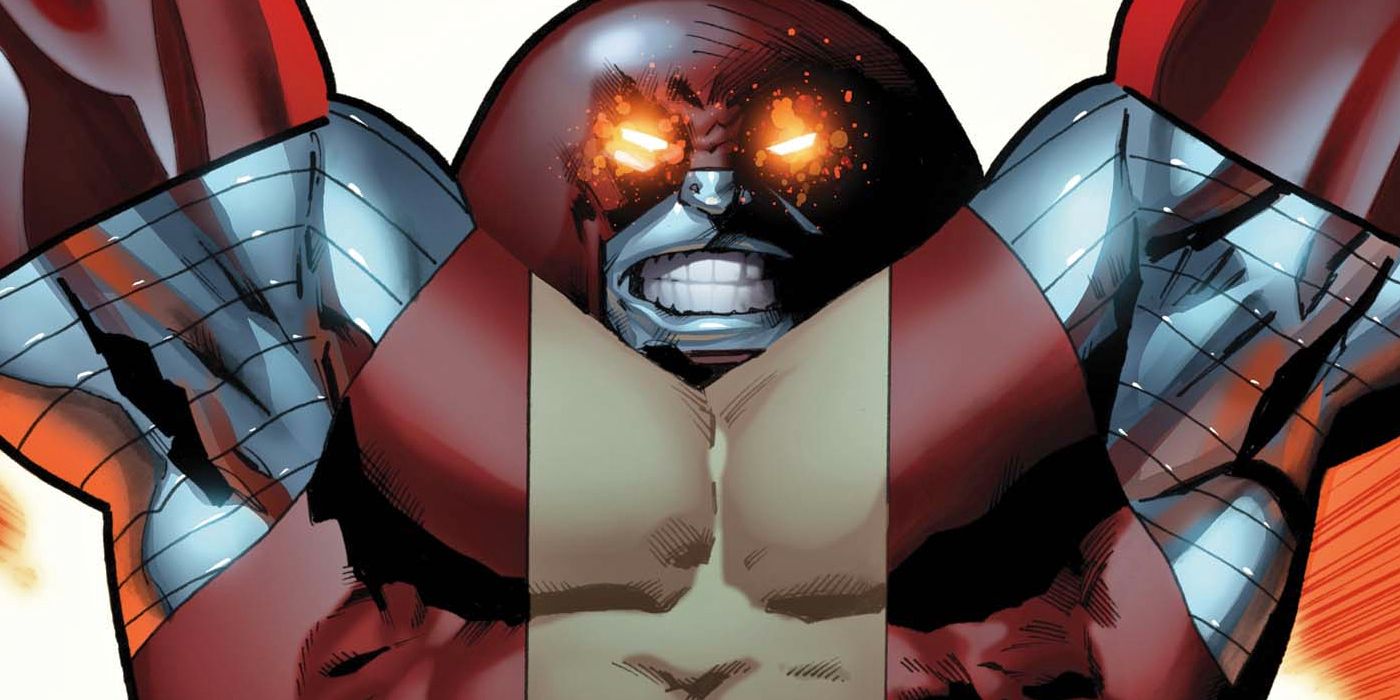 During the events of Fear Itself (by Matt Fraction, Stuart Immonen, Wade von Grawbadger, and Laura Martin), Cul Borson, the evil brother of the All-Father Odin, used a set of enchanted hammers to infect several of Marvel’s most powerful heroes and villains with the spirits of the Worthy, his most loyal lieutenants. One of his earliest victims was Marko, who was possessed by the spirit of Kuurth, the Breaker of Stone. After Marko left many of the X-Men at death’s door during his rampage across the United States, Colossus and his sister Magik made their way to Cyttorak’s realm, the Crimson Cosmos, and informed him of Marko’s possession. Enraged that his avatar had “betrayed” him for Cul Borson and Kuurth, Cyttorak took his power back from Marko. Although Magik offered to become Cyttorak’s new avatar, Cyttorak choose to give his power to Colossus after he offered himself in Magik’s place.

In many ways, Colossus’s transformation into the Juggernaut was truly the “blessing” that Cyttorak promised it would be. Although Colossus already possessed superhuman strength and endurance, the mystical power of Cyttorak enhanced these abilities even further, turning the X-Men’s heaviest hitter into an even stronger fighter. As the avatar of Cyttorak, Colossus also gained several new abilities, including a healing factor, the ability to sustain himself on raw magical energy, and a force field that made him even more durable. However, Cyttorak’s power also came with some debilitating side effects. As the avatar of a god of rage and violence, Colossus often became consumed by Cyytorak’s bloodlust, causing him to become more violent during combat. Even outside of combat, the influence of the entity caused the once-gentle and sociable Colossus to become more temperamental and aggressive.

Although Magik was eventually able to free Colossus from Cyttorak’s grip during Avengers vs. X-Men (by Brian Michael Bendis, John Romita Jr., and others), there is a possibility that Colossus could fuse with the power of Cyttorak in the Marvel Cinematic Universe. Colossus and Juggernaut have already encountered one another in Deadpool 2, establishing a rivalry that could be further explored in later films. With the X-Men set to debut in the MCU after the Walt Disney Company’s recent acquisition of 21st Century Fox, storylines like Fear Itself could be adapted onto the big screen. Although Deadpool 2 implied that Juggernaut was a mutant, not a mystically-enhanced human, there is still a possibility that Cyttorak could be introduced, meaning that his powers could end up being transferred from Marko to Colossus. 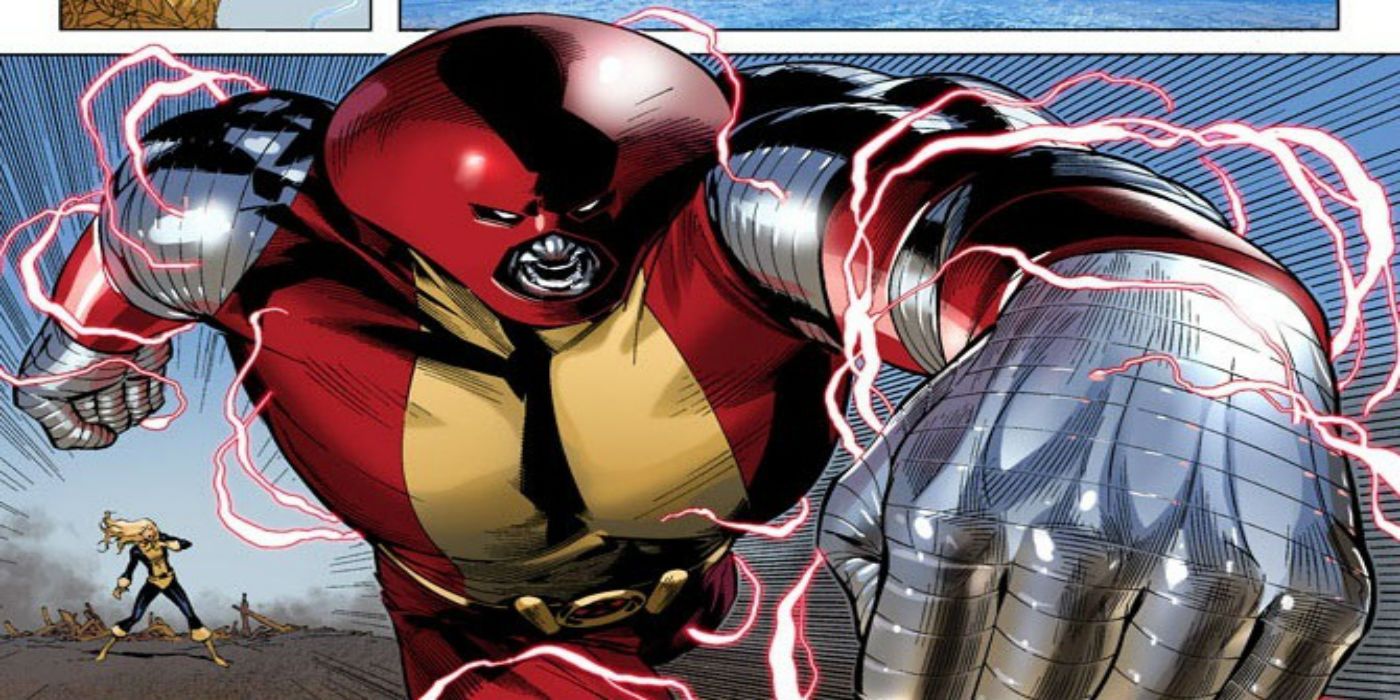 If Colossus does end up being empowered with the powers of Cyttorak, then he would easily become one of the most powerful characters in the MCU. Colossus has already proven himself to be a very capable fighter in Deadpool and Deadpool 2, and the extra abilities granted to him as the avatar of Cyttorak would make him an even greater threat. Many of the MCU’s most powerful heroes, like Thor and the Hulk, have been bested before by the likes of Thanos, and a Colossus endowed with the powers of the Juggernaut could easily face either of them as an equal.

Although Marko was eventually able to redeem himself and reclaim his power, Colossus’s brief time in the role showed just how powerful the Juggernaut could be. With both characters set to debut within the MCU, only time will tell if Colossus will one day wield the power of one of the X-Men’s greatest enemies onscreen.

KEEP READING: Is Juggernaut’s Armor Marvel’s Most Powerful Suit (and What’s It Made Of?)

Jadis Reveals the CRM Master Plan on The Walking Dead: World Beyond