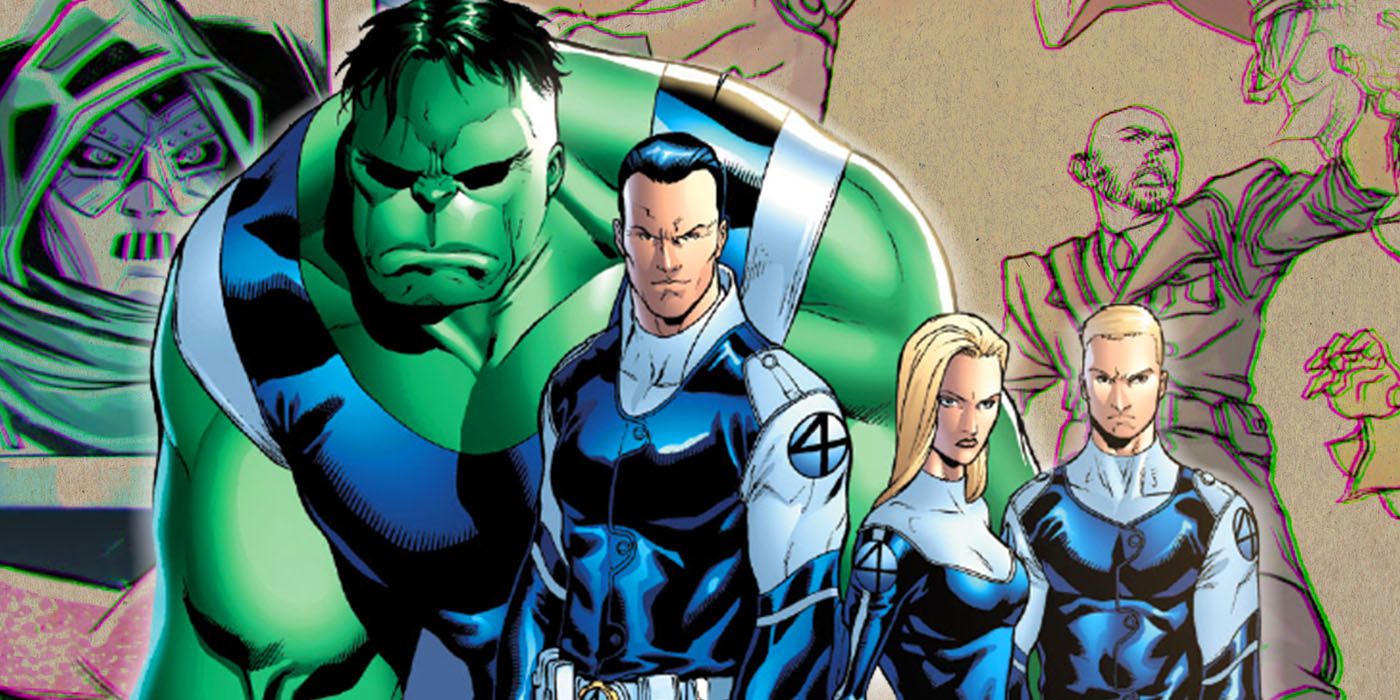 Debuting in 1961 in Fantastic Four #1 by Stan Lee and Jack Kirby, the titular superhero team has spent decades as some of the Marvel Universe’s most prominent and important figures. But that doesn’t mean every version of the team was quite as altruistic.

Across the Marvel multiverse, there have been plenty of dark variants of the Fantastic Four — all of whom prove just how dangerous Marvel’s First Family could have really been if they hadn’t become heroic figures. 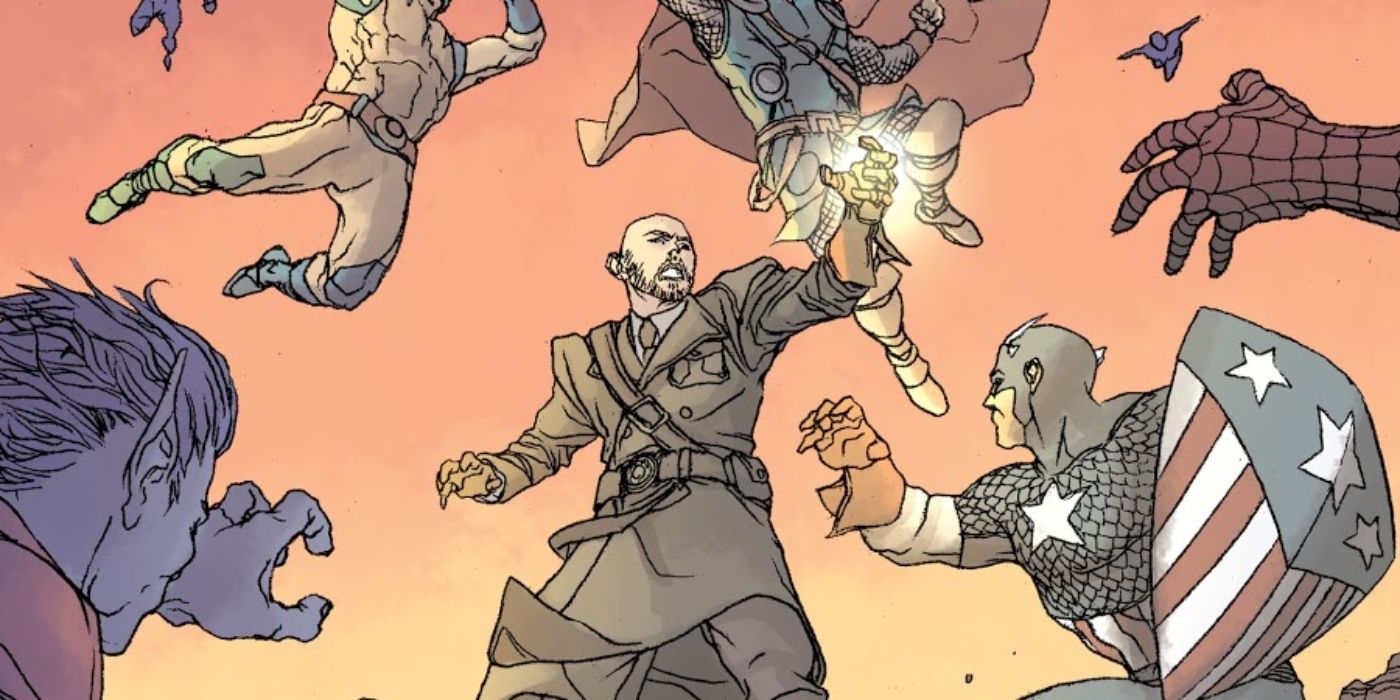 The Reed Richards of Earth-98570 debuted in Fantastic Four #570 by Jonathan Hickman and Dale Eaglesham — and had his full history explored in Fantastic Four #605.1 by Hickman and Mike Choi. This world was defined largely by a victory for Nazi Germany during World War II — resulting in a Mister Fantastic who grew up believing in the dark morality of a Third Reich-controlled society. Richards became a top member of Hitler’s space program and wound up working with his world’s Viktor von Doom to crack the code over shielding a rocket ship from cosmic radiation. Eventually killing Doom and removing his brain to add to his own, this variant of Richards became even more devious and brilliant.

He was able to arrange a space flight to concentrate cosmic energy into himself and his crew — transforming himself, prison camp survivor Benjamin Grimm, and the brutal twins Susan and Jonathon Sturm into his world’s variant of the Fantastic Four. Gaining psychic powers, Richards let loose Grimm on Hitler and the Strums — allowing Richards to assume control of the Nazi regime. Eventually claiming the Infinity Gauntlet of his world, this vile version of Reed was confronted by an army of heroes — and in the ensuing chaos, Richards destroyed his entire world. He survived thanks to the Gauntlet and was eventually found by other variants of him from across the multiverse. This Reed helped form the Council of Reeds — and was among the first to die when the Council was attacked by the Mad Celestials.

RELATED: How Mephisto Launched a Secret War Against the Marvel Universe 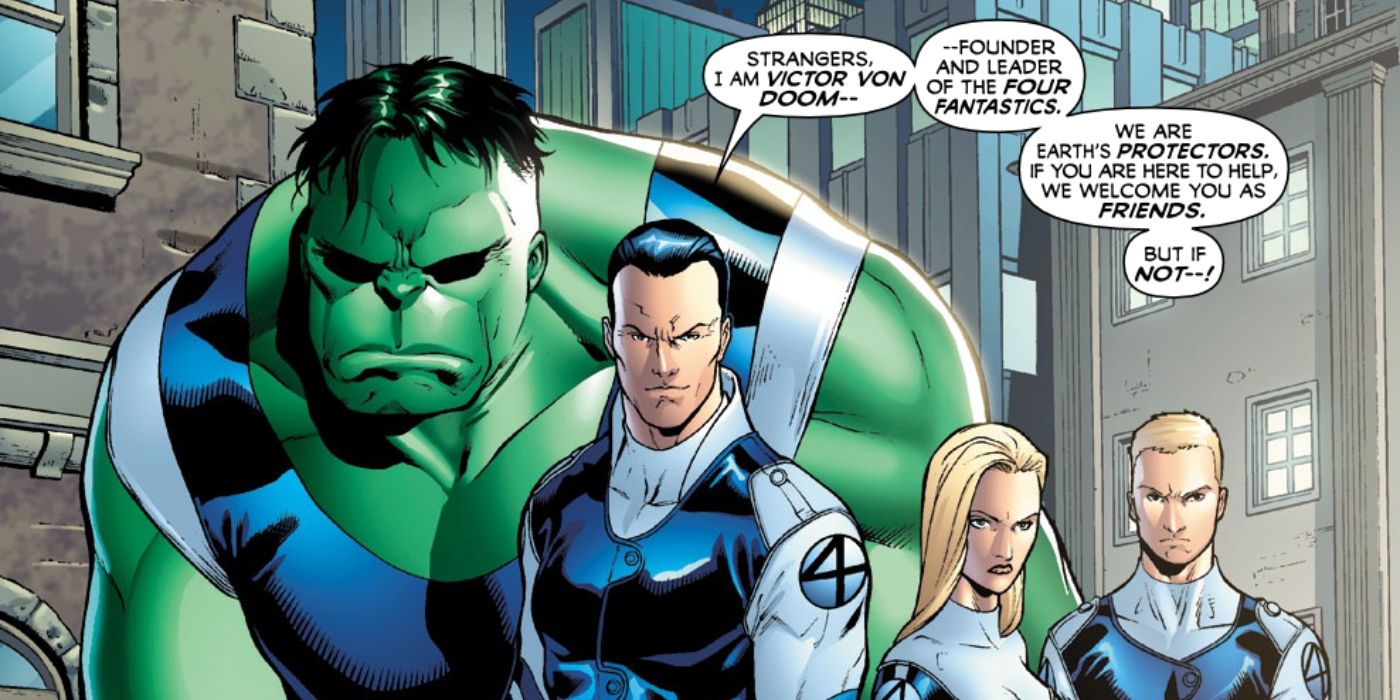 Exiles #95 through #98 by Chris Claremont and Steve Scott threw the reality-hopping Exiles onto Earth-187319 — a largely peaceful world protected by the Four Fantastics. Led by an unscarred Victor von Doom, the team consisted of himself, Invisible Woman, Human Torch, the Hulk, and Gwen Stacy. In this world, it had been Reed Richards who’d suffered an accident in school — transforming him into a Mole Man-like form. Reed ventured underground and created a horde of Grimm clones, while Doom became the prime heroic scientist of this world. Doom’s machinations eventually resulted in him effectively taking over the planet — allowing him to manipulate humanity to remove any vestiges of resistance. He also had the ability to more or less kill any human and absorb their life force to empower himself.

Anyone who refused to fight by Doom’s side willingly had their minds remolded to his liking or was summarily executed, conquering much of the world at the price of humanity’s free will. Reed continued to fight against Doom alongside his lover, She-Hulk even after the death of the original Ben Grimm — until the intervention of an unware Exiles resulted in She-Hulk’s capture and mental shattering by Doom. The Exiles eventually learned the truth about Doom and his plans to reverse engineer their Tallus, allowing him access to the entire multiverse. While the Exiles barely escape the world, Reed confronts Doom once last time — and destroyed the world rather than allow Doom to grow more powerful and spread his doctrine to other realities. 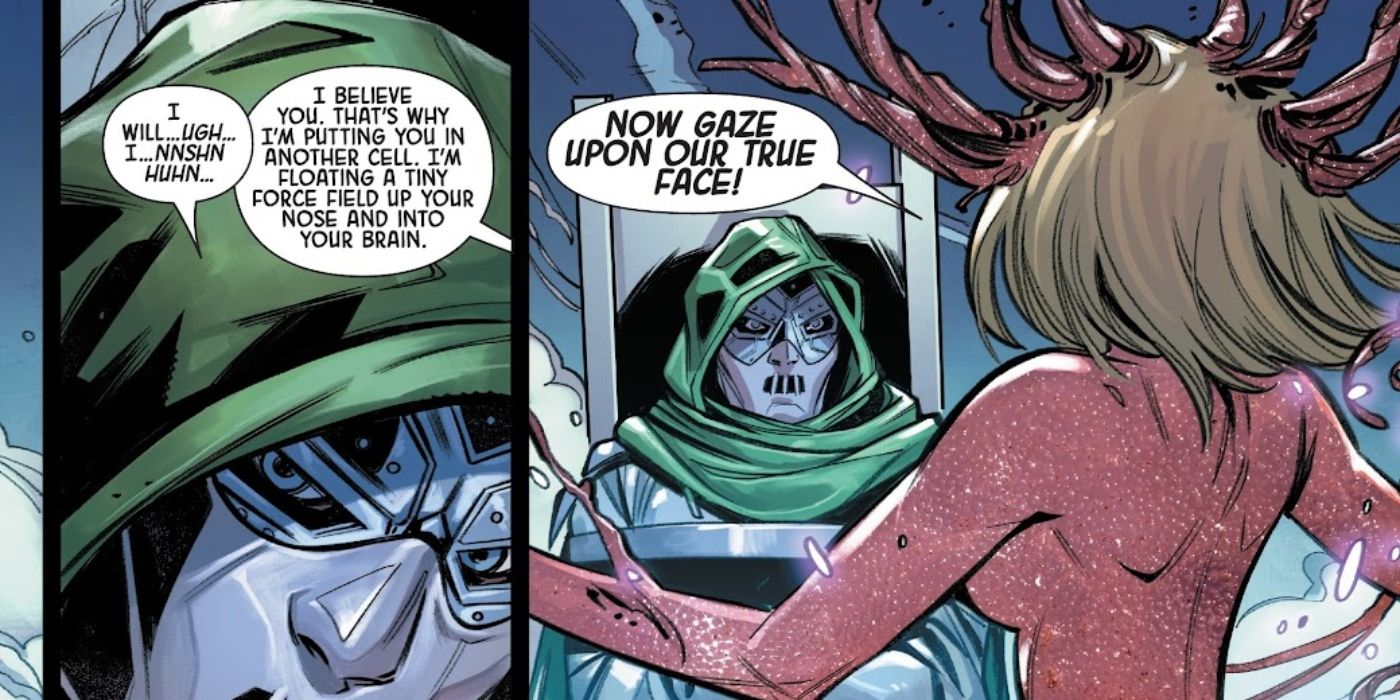 In “Whatever Happened to the Richards Family?” from Avengers Halloween Special #1 by Gerry Duggan and Laura Braga, the Fantastic Four initially arrived on Earth empowered much as they were on most realities. Only Doctor Doom noticed something was off — recognizing this world’s Ben Grimm’s acceptance of his new form as entirely out of character for the Ben Grimm he knew. Confronting the Fantastic Four, Doom was able to slay Mister Fantastic, Thing, and Human Torch before reinforcements from the Avengers overwhelmed and captured him. However, while alone in his cell, Doom was found by the Invisible Woman and learned a terrible truth.

In this reality, the Fantastic Four’s trip into space had been interfered with by a mysterious and horrifying alien race, who confronted them as they were bombarded by the cosmic radiation that had empowered them. Having killed the Four’s minds, the aliens possessed their bodies and returned to Earth to serve as precursors to a horrifying invasion. Using the Invisible Woman’s powers to create a force field within Doom’s head, she forced Doom to suffer from a debilitating stroke — with the scientist likely only regaining control of his faculties in time to witness the collapse of humanity and their corruption by this alien race.