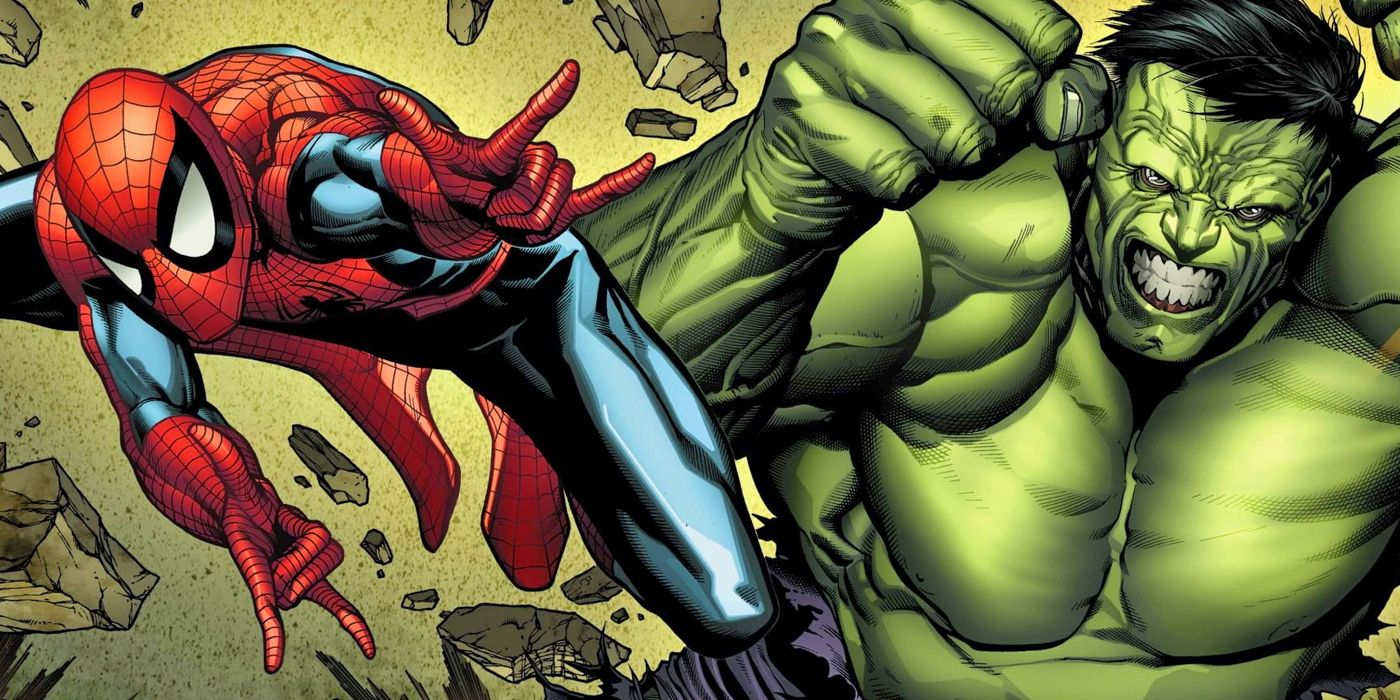 The Hulk and Spider-Man are combined into one big, green web-slinging behemoth in a variant cover illustrated by Alex Garner.

Painted for Hulk #6, the cover depicts Bruce Banner — or perhaps Peter Parker — if he had the powers of both gamma radiation and a radioactive spider. Spider-Hulk even boasts his own red leotard and web-shooters, complete with web fluid that can support his prodigious mass as he swings through the air and smashes into a wall. Fittingly, Garner compared the remixed hero to the Kool-Aid Man.

RELATED: The Hulk Just Revealed His Twisted Alter-Ego’s Last Bit of Humanity – And It Is Tragic 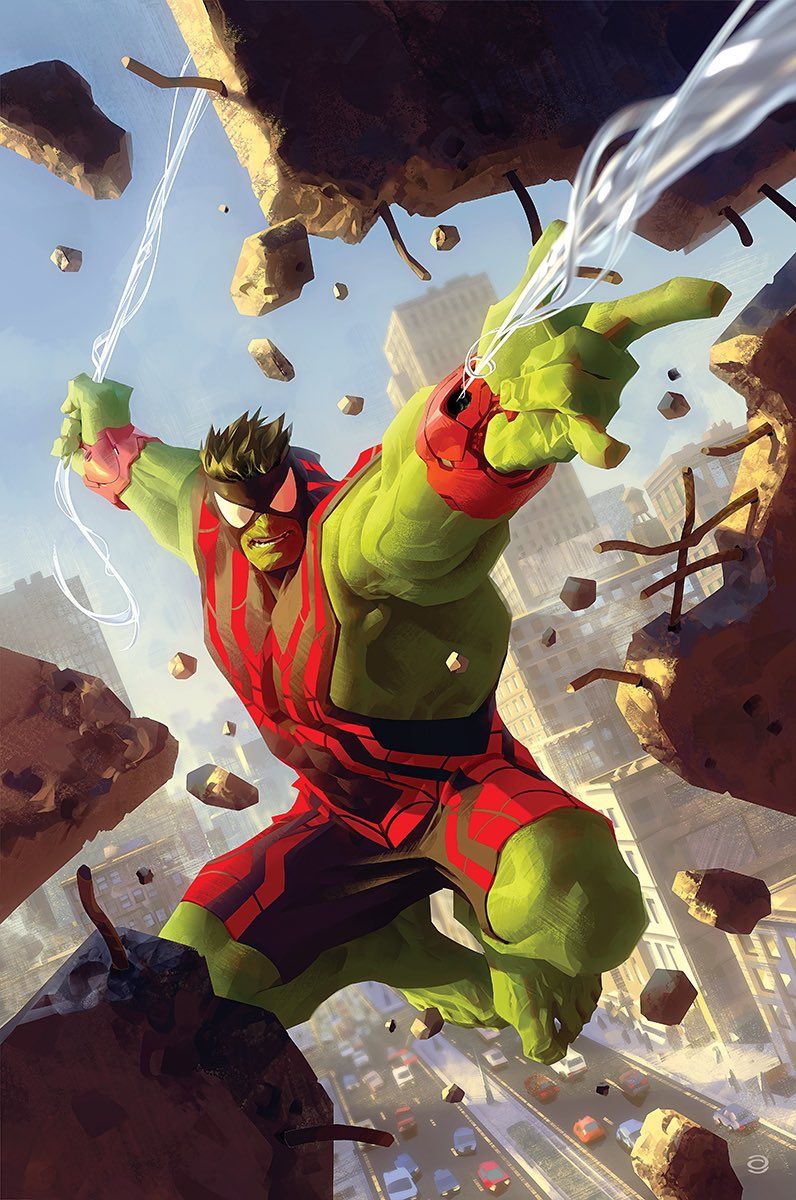 While Garner’s illustration shows a heroic Spider-Hulk, Hulk #6 features a very different version of the Green Goliath mixed with Spider-Man. Writer Donny Cates and artist Ryan Ottley’s Hulk series has seen Bruce Banner traveling to an alternate reality where he never morphed into his angry green alter ego. Instead, the gamma bomb test that turned Bruce into the Hulk was a stunning success and led to the United States becoming the world’s ultimate superpower under the control of President Thunderbolt Ross. President Ross would go on to create frightening gamma monsters to do his bidding, and one of these is a horrific mutation of Peter Parker who bears Hulk muscles atop a spider-like frame.

Aside from this recent appearance, Spider-Man and Hulk have also been mashed together in the past, notably in 1990’s Web of Spider-Man #70 and the 2020 one-shot The Immortal Hulk: Great Power. Web of Spider-Man #70 featured Peter Parker temporarily morphing into Spider-Hulk after he was hit by energy rays following an earlier encounter with Bruce Banner. Peter had all of the Hulk’s capabilities in his new form, including incredible strength, an extremely angry personality and the tendency to blurt out: “Spider smash!”

The Immortal Hulk: Great Power offered a different take on the character. Left without a host after Loki pushed out Bruce Banner’s gamma radiation, the Hulk entity bonded with Peter Parker, transforming him into a raging green web-slinger. Thanks to assistance from the Fantastic Four, Bruce was able to absorb the Hulk’s essence away from Peter and back into his own body, but not before Peter offered to grant Bruce freedom from his alter ego by forever keeping the Hulk within himself. To this, Bruce said: “The Hulk is not your monster. Not a burden for you to bear. But I really appreciate you offering.”

Hulk #5, along with its latest iteration of the Spidey/Hulk mashup, goes on sale March 30 from Marvel.

KEEP READING: Why Marvel’s ‘Hulk-Killer’ Is Overpowered, Unstoppable and… Pathetic?