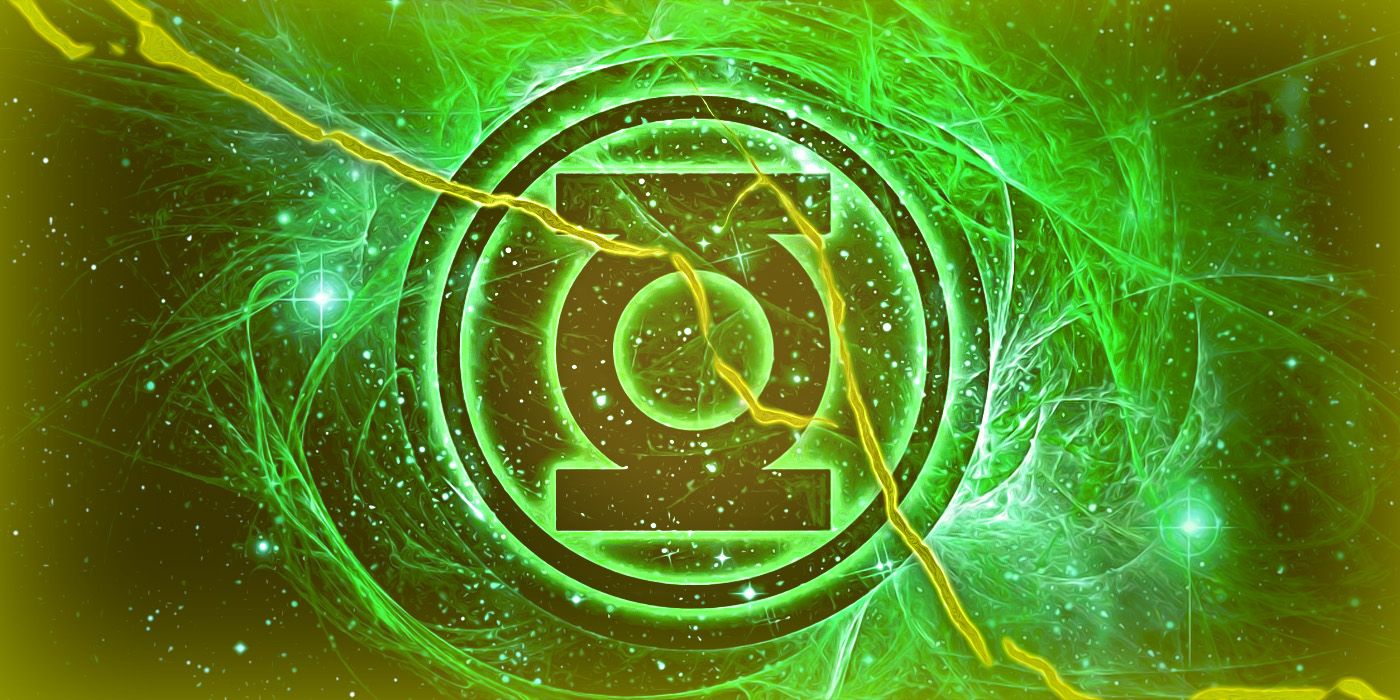 The Green Lantern rings is one of the most powerful weapons in the DC Universe. However, even with all that power, it has one big weakness: Fear. Of course, the concept of fear — and especially overcoming it — has been a prevalent topic in the world of comics for decades. In the world of Green Lantern, though, it has an even more significant role. It wasn’t always that way though.

Back in the early days of Green Lantern, the concept of fear didn’t really exist. In fact, the original Green Lantern’s weakness is seen now as… something of a joke.

RELATED: DC’s Grossest Power Ring Is Terrifyingly Strong – But Where Did It Go? 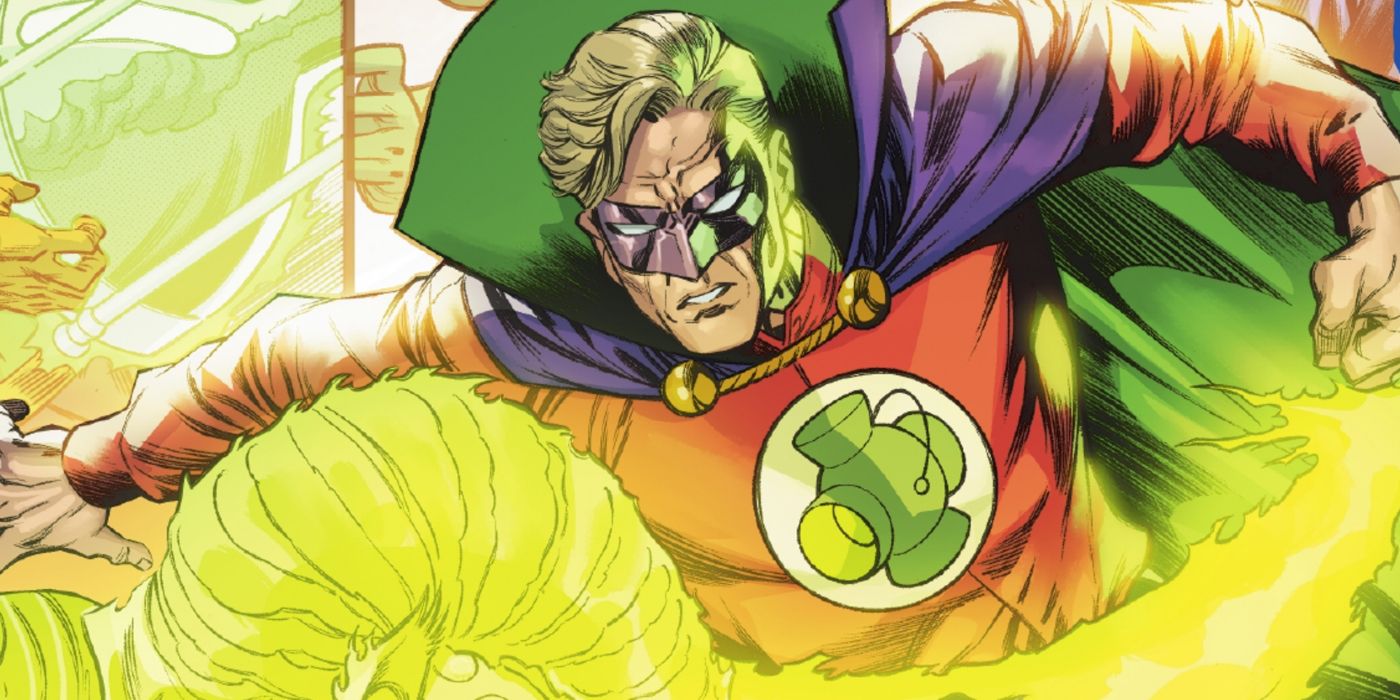 In the days before Hal Jordan was created, Alan Scott’s Green Lantern had one weakness: Wood. Bizarrely, despite wielding one of the most powerful weapons in the universe and founding the Justice Society of America, he could theoretically be defeated by anyone wielding a baseball bat — and in some cases, he was.

At one time, this weakness to wood was attributed to the Guardians of the Universe (the Green Lantern Corps’ creators and bosses) humbling the Earth’s then Green Lantern, Yalan Gur. At other points, wood being a weakness was woven more deeply into the magical origins of Alan’s ring. As time went on, and the Corps concept moved away from Alan Scott and his ring, the Green Lanterns’ weakness evolved into anything involving the color yellow. Described generally as an “impurity” within the ring’s design, this weakness never truly had a satisfying explanation. That all changed, however, when the Corps was reborn… after its glorious death.

RElATED: Why the Most Powerful Justice Leaguer’s Green Lantern Upgrade Is His Final Form 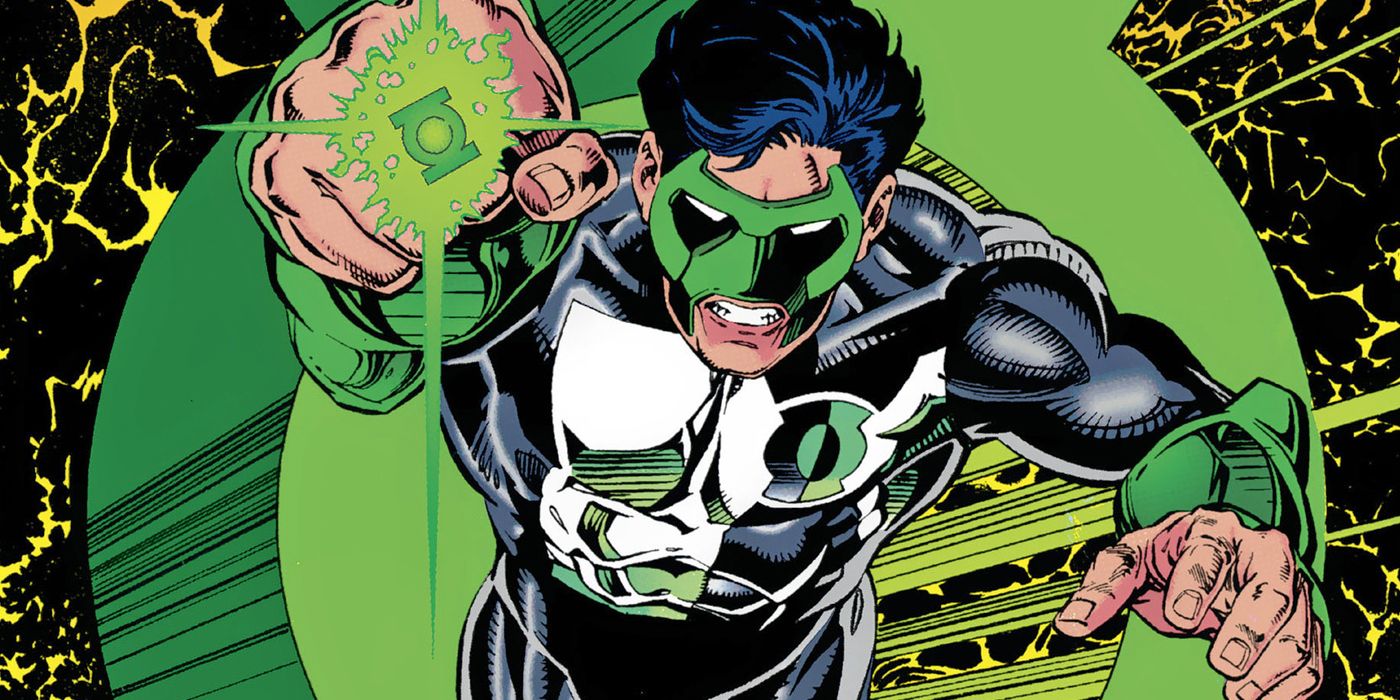 Green Lantern’s landmark 1994 arc “Emerald Twilight,” by Ron Marz and Darryl Banks, saw Hal Jordan break bad. Violently disenfranchised after the tragic destruction of Coast City at the hands of Mongul and Cyborg Superman, Hal waged war on the Lantern Corps and the Guardians in a bid for the power to “fix” his loss. In so doing, he seemingly destroyed it.

Powering himself with the energies directly from Oa’s great battery and calling himself Parallax, Hal left to continue his war across the DC Universe, which, in turn, led to the infamous ’90s mini-series, Zero Hour. In Hal’s place, earth’s Kyle Rayner was given the only Green Lantern ring left by the universe’s last remaining Guardian, Ganthet. This ring, however, was different, not least because it was unfettered by the yellow impurity that plagued the Corps previously.

It was ultimately revealed by writer Geoff Johns in his Green Lantern: Rebirth story that Hal had been infected by the yellow-hued “fear entity,” Parallax (hence, his villainous monicker), who had previously weakened the Oan battery, and thus, the Green Lantern rings. At the end of Rebirth, Parallax was absorbed back into the battery, which should have weakened the rings again. But this time, a light was finally shone on the mystery around the impurity… and there was no going back. In the transparency of Parallax’s defeat and capture, the rings’ weakness was realized and the Corps was finally able to turn it into, arguably, its greatest strength. 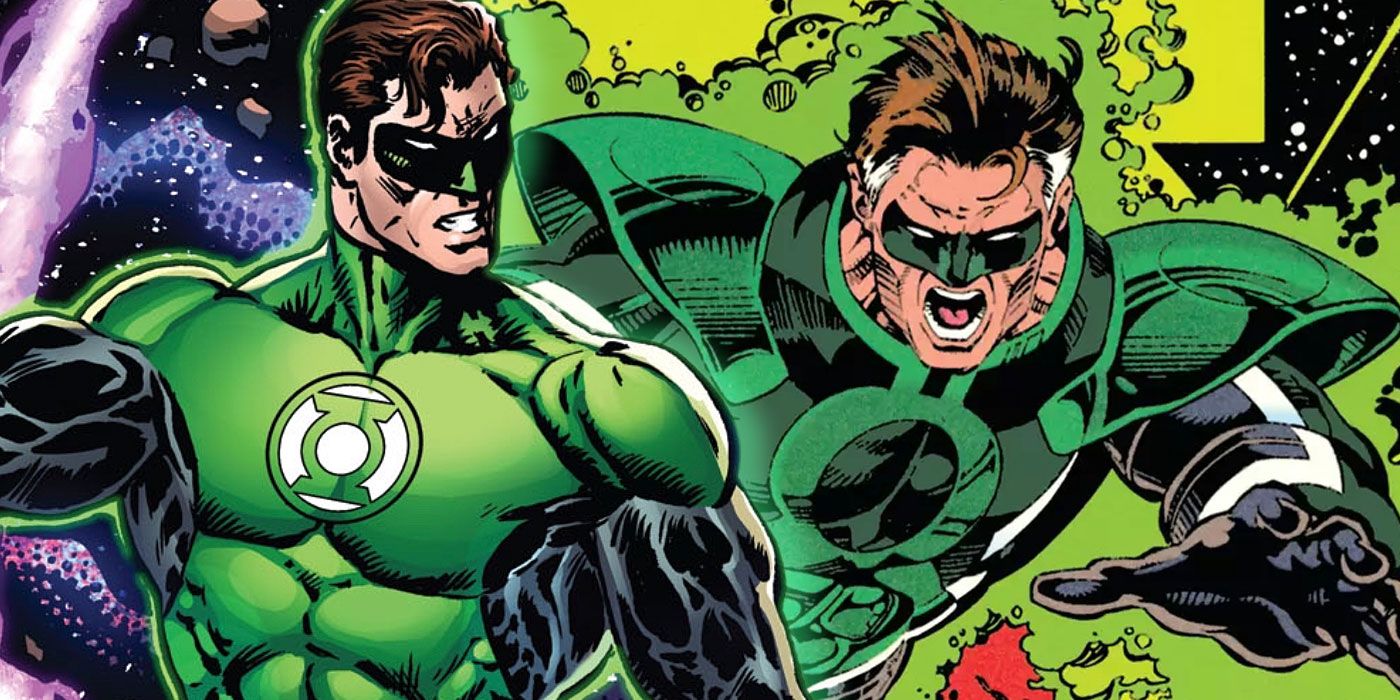 The Green Lantern character was once known as (with respect to Marvel’s Daredevil) a “man without fear,” as fearlessness was seen as necessary in operating the ring, along with a tremendous amount of willpower. However, Rebirth established not fearlessness, but the ability to overcome fear as being a prime and necessary motivator in every potential Green Lantern officer. Confronting and defeating fear each time a Lantern uses their ring, as such, makes them necessarily stronger, as it does the entire Corps as a force.

The yellow impurity still exists — or does whenever Parallax is imprisoned within the rings and battery — but even new Lanterns are now aware of it, and to affect anything yellow with their rings, they must first defeat fear. This makes them better officers of the peace in the universe, and thus, better and stronger heroes. Interestingly enough, the Sinestro Corps — the Green Lanterns’ yellow-powered counterparts — have also embraced Fear in an opposite yet equal way, becoming, themselves, better heroes for it in the process.

In making it a hurdle to overcome and a power to be harnessed, DC has done something very interesting and creative with the concept of Fear, marking it not as a weakness, but an integral part of being a hero in its universe.