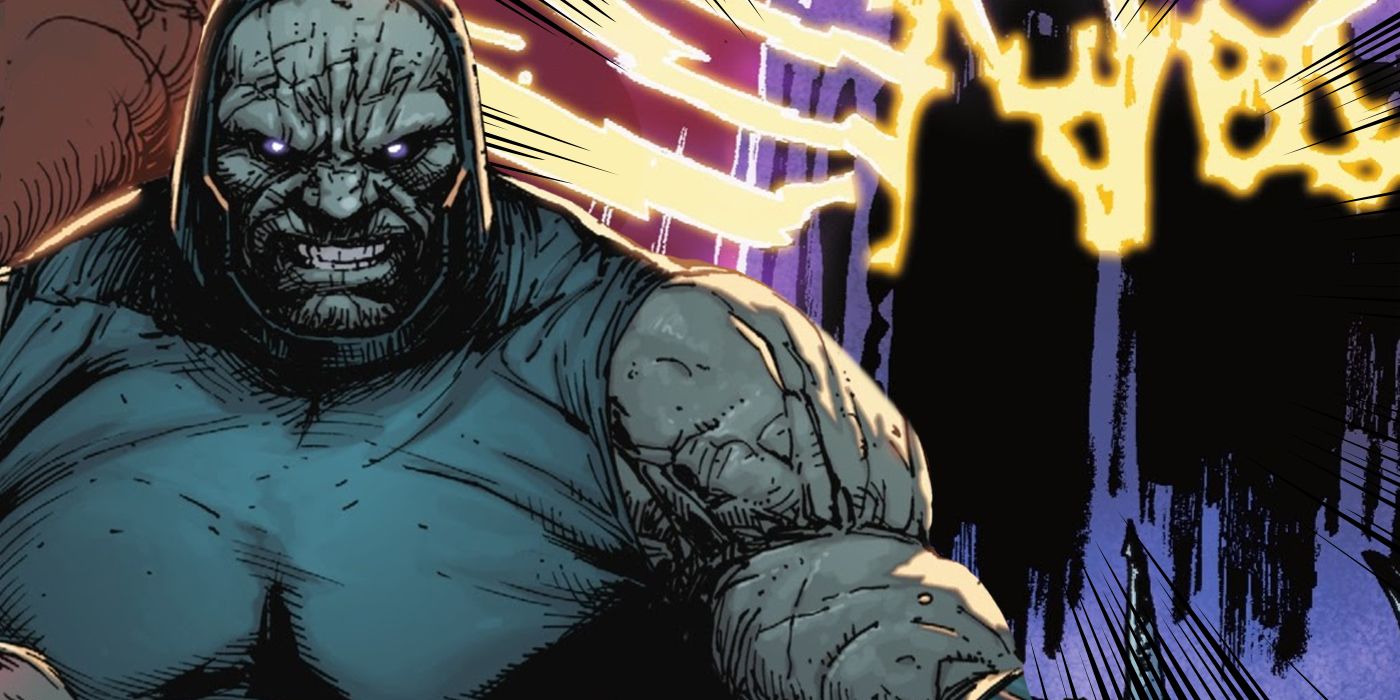 As the multiverse-hopping adventure of Justice League Incarnate comes to its abrupt conclusion with issue #5, Darkseid’s true origins and purpose are revealed. Beyond just being the ultimate evil in the universe, Darkseid is revealed as an aspect of the Great Darkness. All of his plans and efforts, in truth, have been to allow for the entrance of the Great Darkness across the multiversal barrier.

After a tumultuous battle with the Empty Hand, the avatar of the Great Darkness, Darkseid accepts his invite to cross into the Dark. There, everything is unveiled for him. Darkseid is shown to be the opposite of the Empty Hand. The Empty Hand is the right hand of the Great Darkness and Darkseid is the left, closed like a fist and intended to destroy. Darkseid’s resistance of this truth is met with “And the fist cannot say to the body, ‘I have no need of you.’”

Related: Why DC’s Strongest Multiverse Superhero Is Like Its Darkest Villain, Darkseid 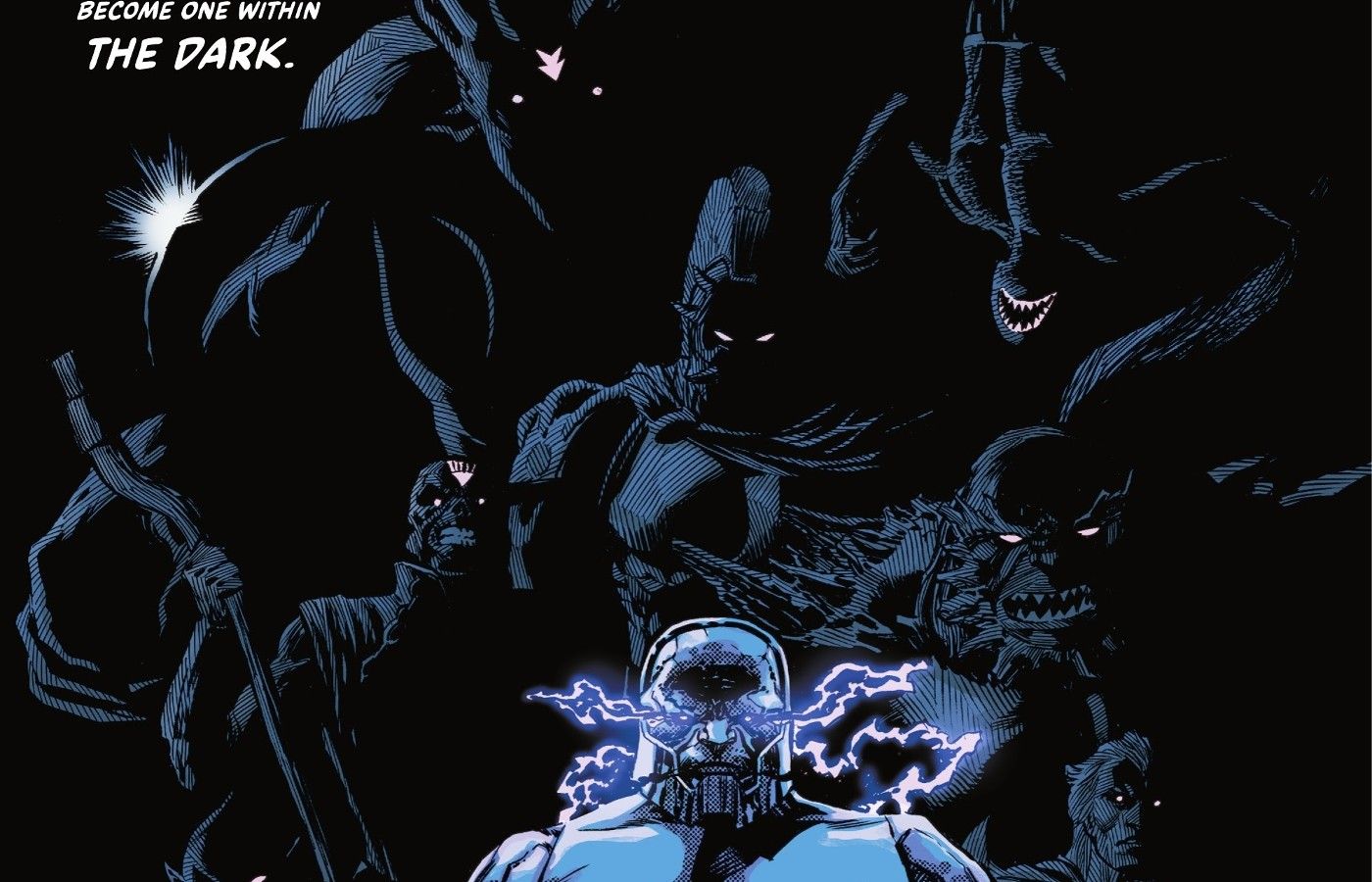 The villain of Crisis on Infinite Earths, Pariah, delivers an astounding declaration as Darkseid is pulled into The Dark. The ruler of Apokolips is told that he’s rejoined The Body of The Dark, reinforcing the entirety of The Great Darkness. Darkseid is reminded, “Remember who you are. Become one within The Dark.” The Great Darkness is the primordial source of all evil first introduced in the Crisis of Infinite Earths era. Older than reality itself, the Great Darkness seeks to enter our world through a crack in the multiverse.

The version of Darkseid that enters into the Great Darkness is the culmination of all his various selves across the multiverse. He is the prime Darkseid without an alternate in any other universe. Darkseid has declared all the other versions as lesser Darkseids. Darkseid’s history has him born on Apokolips as a child of its ruler Zonus, aka Yuga Khan, and his mother Heggra. Yuga Khan preceded his son in trying to discover the ultimate power that existed beyond the Source Wall, but ultimately failed to do so. Like his father, Darkseid has craved complete power over not just the universe but the multiverse. 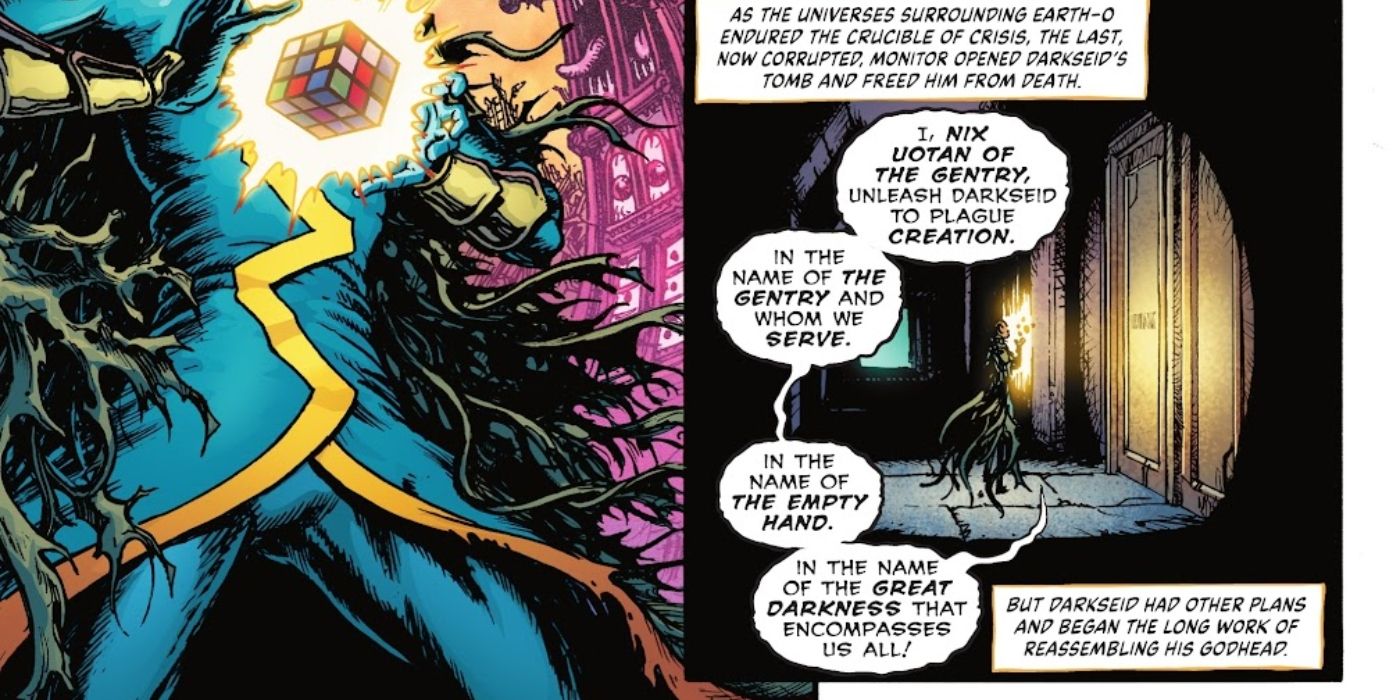 In the final shot, we see Darkseid in chains in front of a set of shadowed figures: the Empty Hand, Nekron, Upside-Down Man, Pariah, Doomsday, Eclipso, Neron, and Ares. This arrangement has been repeated in promotional art for the upcoming Dark Crisis event. Each one is revealed to be part of the Great Darkness. Crisis after crisis, each spearheaded by one of these villains, has been in service of the Great Darkness and its plans.

Ultimately, Darkseid’s entire existence has been entirely upended. Darkseid has unwittingly been serving the Great Darkness and will be a major force in the Dark Crisis to come. The question is whether Darkseid will allow himself to be a pawn for anyone. One line repeated by Doctor Multiverse is that for the multiverse to survive, Darkseid must win. In the end, Darkseid might be the very salvation of the multiverse against the Great Darkness—especially if he stays true to his nature and allows no one to control him.

Keep Reading: A Stronger Superhero Team Than the Justice League Is Back – and Could Change DC Forever