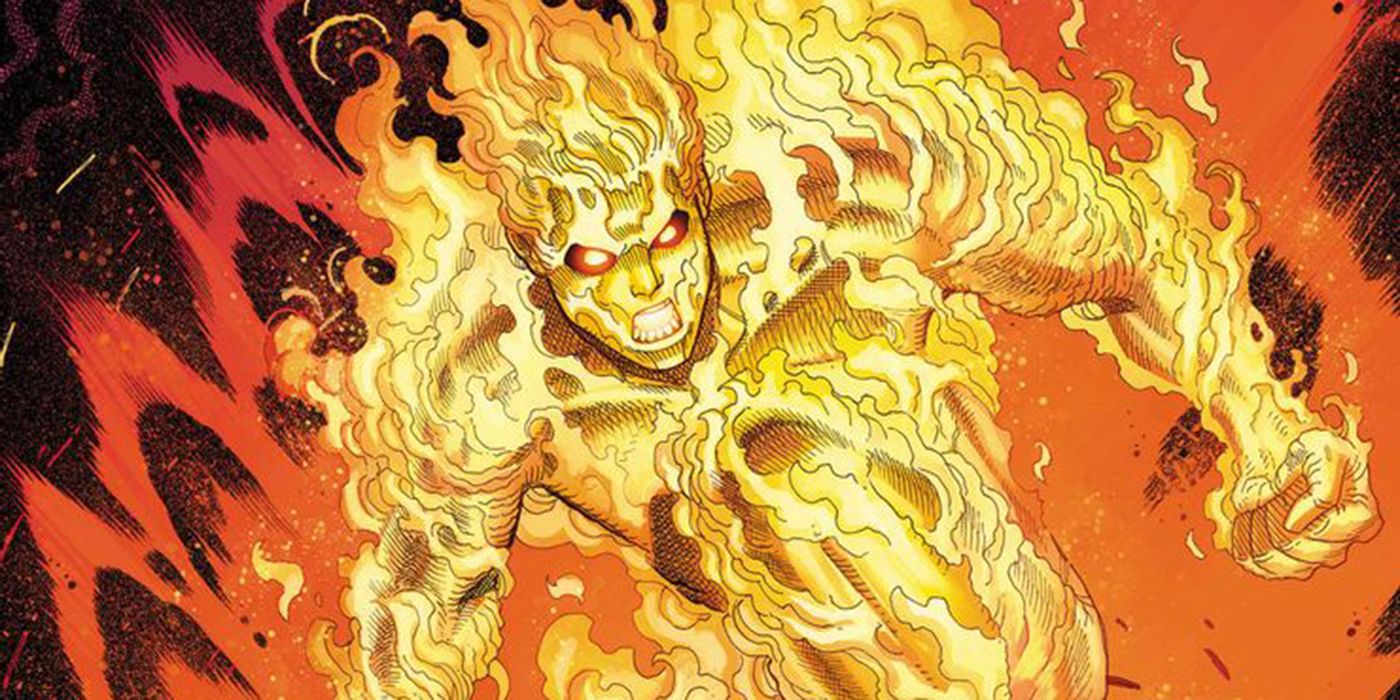 The Fantastic Four have had their fair share of issues, most of which stem from the Cosmic Radiation that gave them their powers or the villains that have collided with them as a result. No one on the team knows these struggles more than Ben Grimm, aka The Thing. But in the decades he has learned to live with his abilities, he’s also gained a newfound confidence and turned his pain into strength.

This is best exemplified recently when he helped his best friend and teammate, Johnny Storm, aka the Human Torch, cope with a power boost given to him by Doctor Doom. However, this particular enhancement means Storm can no longer control his ability to ignite into flames – an that makes him more dangerous than ever!

RELATED: How Marvel Made Spider-Man’s ‘Hottest’ Relationship Weird – With A Clone Twist 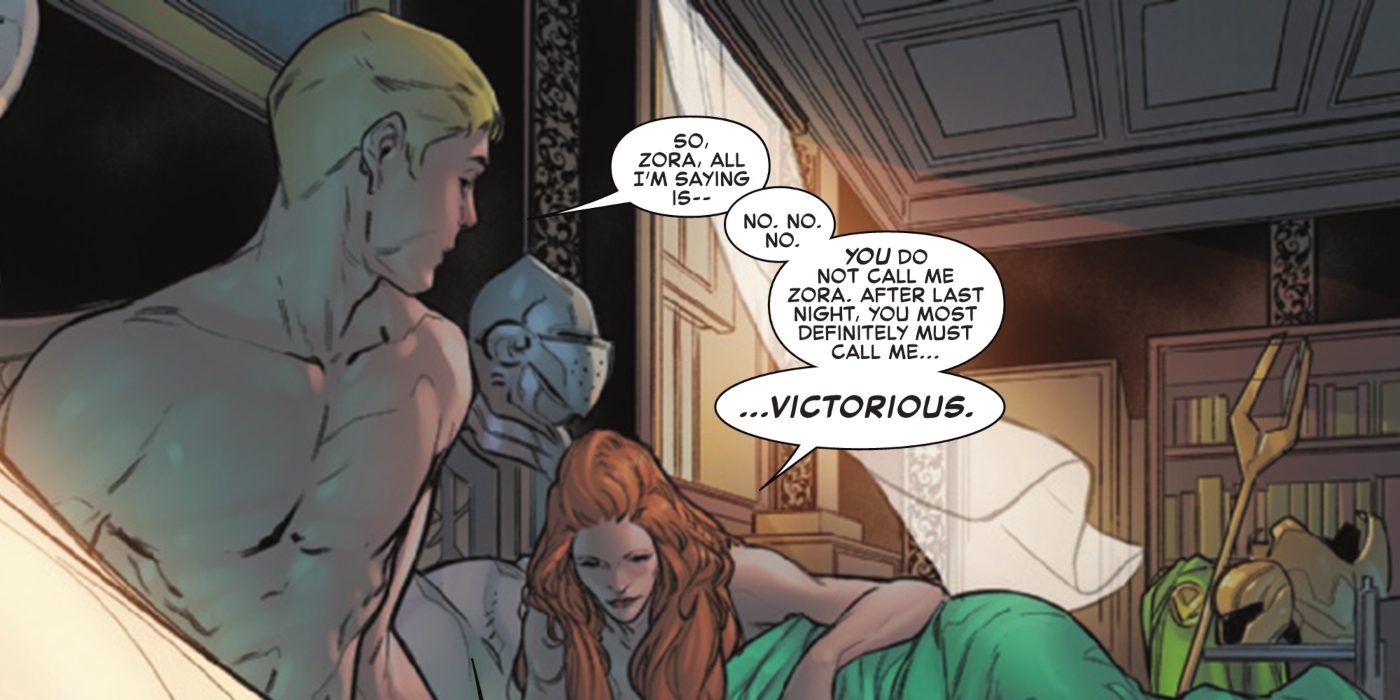 The events leading up to this are set during the wedding of Doctor Doom, where he asks his confidant, Victorious, for her hand in marriage. But even though she accepts, this doesn’t stop her from reigniting an old fling with Johnny Storm. As a result of Johnny’s careless actions, Doom’s wedding is ruined alongside Johnny’s own relationship with the alien Sky.

In Fantastic Four #34 (by Dan Slott and R.B. Silva), Victorious reveals her affair with Johnny Storm. In retaliation, Doom fires a weapon known as the Armagedron at Johnny. The concentrated Cosmic Rays enhance Storm’s flaming abilities to the point where it is virtually impossible for him to return to his human form. His change in powers is Doom’s way of punishing Johnny, and it ultimately changes the character completely.

Zora Vukovic, aka Victorious, was introduced in Fantastic Four #1 (by Slott and Sara Pichelli), and is Latveria’s champion and the daughter of two Symkarian spies. As she got older, she led a rebellion against one of Latveria’s less desirable leaders and convinced Doom to retake the throne. His gratitude was shown by giving Zora her own armor and a small percentage of the Power Cosmic, which granted her flight, strength and energy manipulation. As a symbol of inspiration for her country, Victorious has been a loyal warrior by Doom’s side ever since.

As Zora now begins to rebuild her trust with Doom, Johnny faces his most difficult challenge. The team’s resident genius, Reed Richards, tries his best to help him but he seems to be completely lost on how to cure Johnny’s ailment. The best he can do is give him fire-retardant suits that last for a limited time until he burns out of them. Because of his massive heat output, Johnny has to remain isolated from his team and family, residing in a fireproof room in the basement. After Sky breaks up with Johnny in Fantastic Four #36 (by Slott and Nico Leon, the story takes a somber tone in which Johnny wants to cry, but his undying flames make it impossible.

RELATED: Marvel Reveals Why Kingpin’s Daredevil Hatred Has Been Rekindled – And Justified 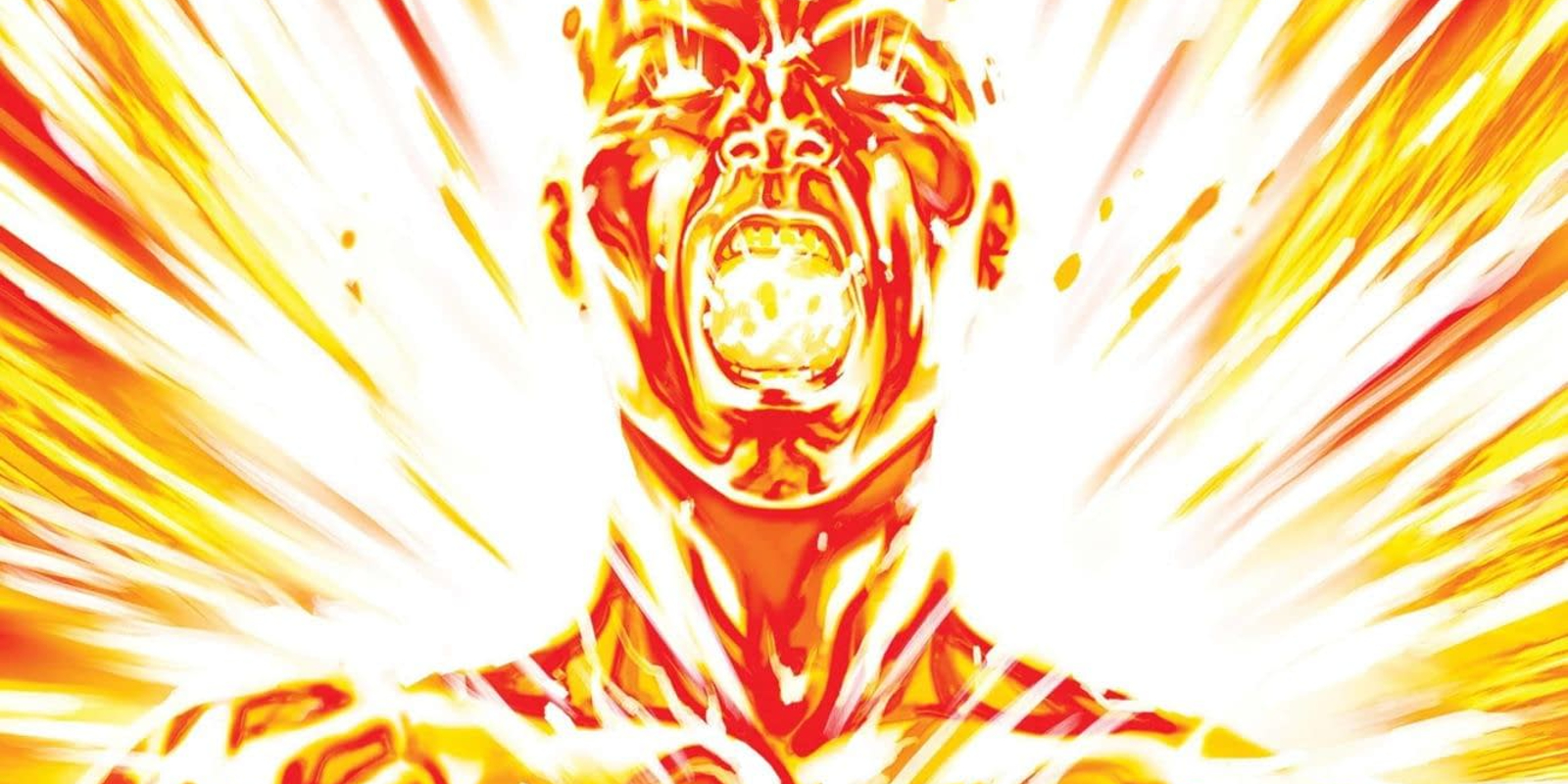 In the past, Johnny’s powers have allowed him to attain both a plasma form and a nova form. When ignited to these degrees, he approaches the level of heat that emanates from an Atomic Bomb. However, his current power boost exceeds even this level, allowing him to reach unprecedented heights. Without a way to control his power, Johnny is more dangerous than he has ever been before. However, the power comes as a curse, as he must now be isolated from everyone he cares about. While he has attained his most powerful form yet, the price is losing even the ability to express his emotions, making the boost more tragic than anything.

While the Human Torch may now be the most powerful member of the Fantastic Four, the price is alienation from everyone he loves. While the change to his powers came about as a result of his own actions, his punishment may prove to be too extreme in the long run. With no discernable way to manage his powers, Johnny may have a long and lonely road ahead courtesy of the First Family’s first enemy.

KEEP READING: Marvel’s Avengers Are About To Fight A Ghost Rider/Green Goblin Hybrid