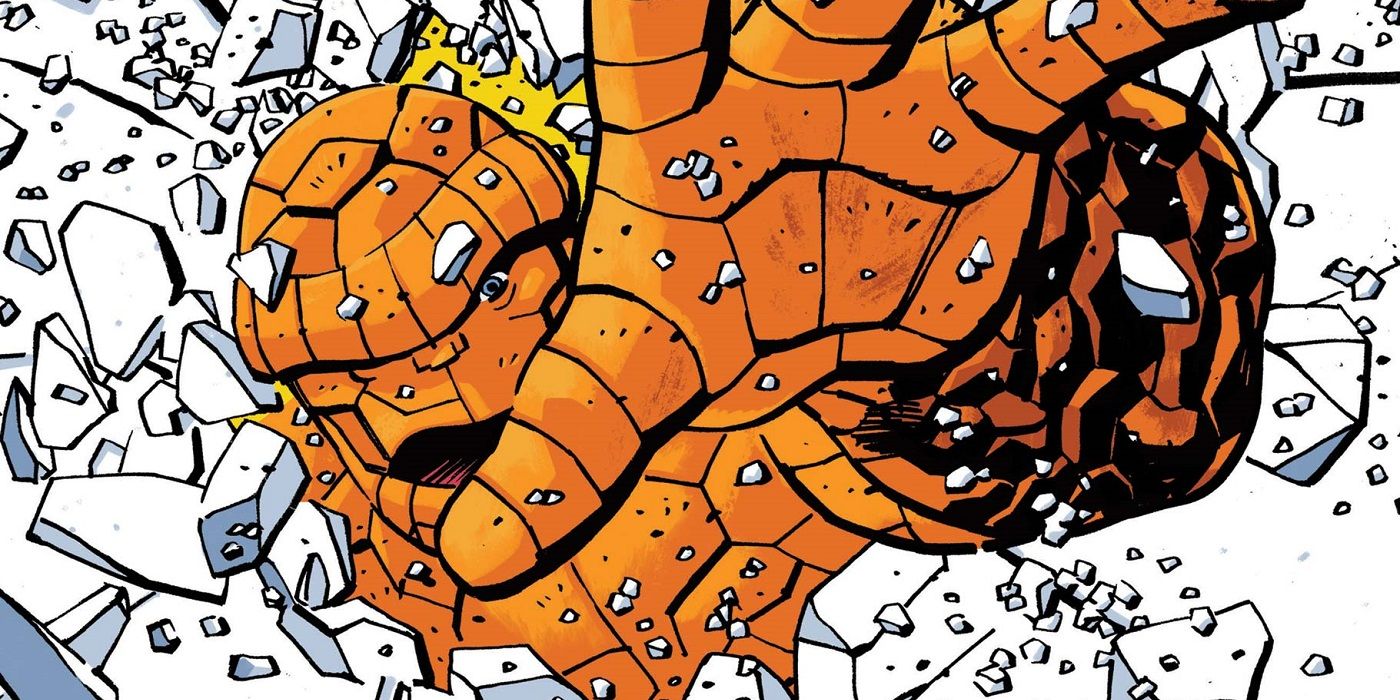 Initially introduced in Fantastic Four #1, by Stan Lee and Jack Kirby, in 1961, Marvel is still releasing issues of its “First Family”five decades later, with new adventures for Reed Richards, Sue Storm, Johnny Storm and Ben Grimm. But of all the members, arguably none is more recognizable than the ever-lovin’ blue-eyed Thing. Of course, that might have something to do with his look.

Ben’s nigh-impenetrable rocky exterior has been the focus of the character’s most emotional and exciting stories. But even though he’s so well known in the Marvel Universe, the explanation for his orange outer layer is often left somewhat unexplored, which is why we’ve decided to pick him apart, leaving no stone unturned. And so, in his oft-said and and repeated battle cry, IT’S CLOBBERIN’ TIME! 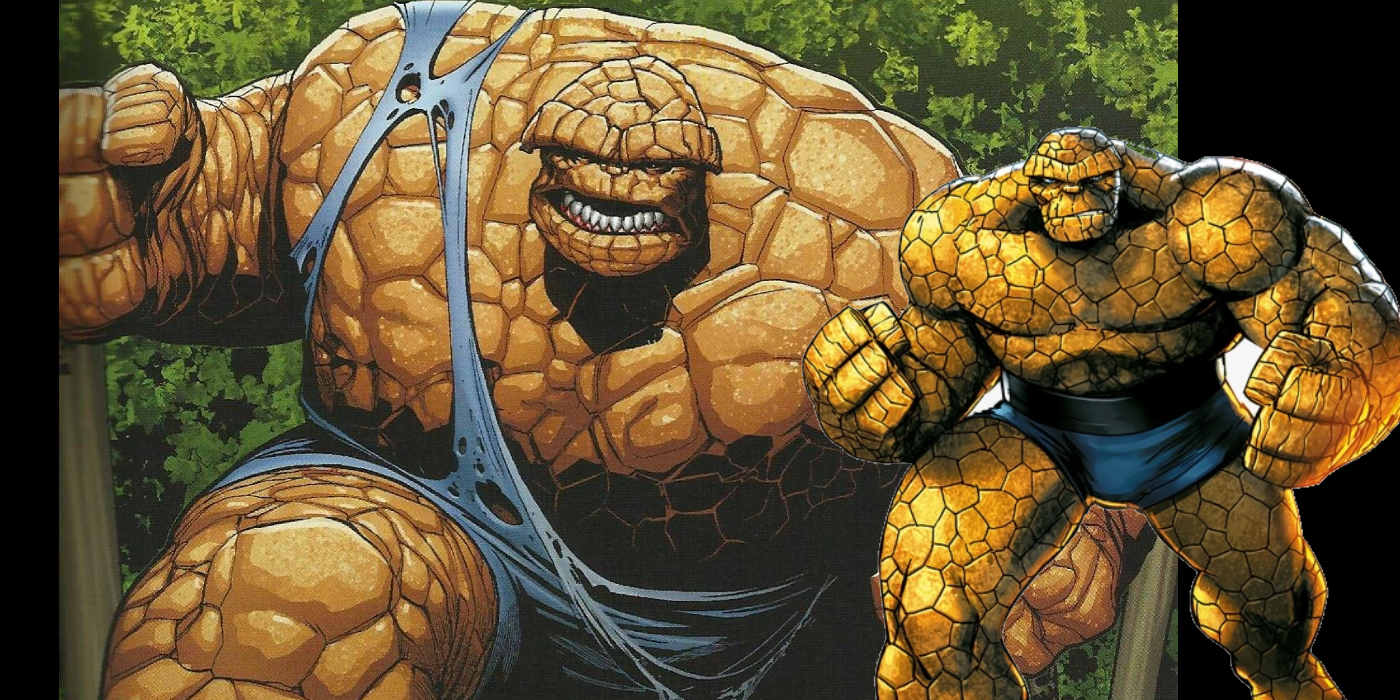 After taking a rocket to space, Reed, Ben, Sue and Johnny were bombarded with cosmic radiation, with the ship’s shields failing to hold back the dangerously high radiation levels, allowing the team to get a slightly blunted exposure. Following a crash landing, each member undergoes a terrifying transformation that gives them their abilities. While Reed, Sue and Johnny can turn their abilities on and off at will, Ben is stuck with a rock-like exterior that severely disfigures him. As a result of his appearance, he adopts the codename The Thing.

What makes the FF’s transformations so unique is how they each reflect the personalities of the person. For example, Johnny, aka the Human Torch, is a hot-head and filled with energy. Therefore, erupting into flame feels like the most natural ability for him to gain. But for Ben, even though he sees himself as hideous, he’s also strong, stern and very protective of his loved ones. His resulting transformation reflects that and turns him into a protector capable of taking the brunt of incredibly powerful attacks to protect his family. While it feels like a curse to him at first, Ben eventually resigns himself to the fact that this is who he is. Of course, subsequent adventures have seen him regaining limited periods as a human, which he does enjoy, but he always goes back to his lovable, crusty form. 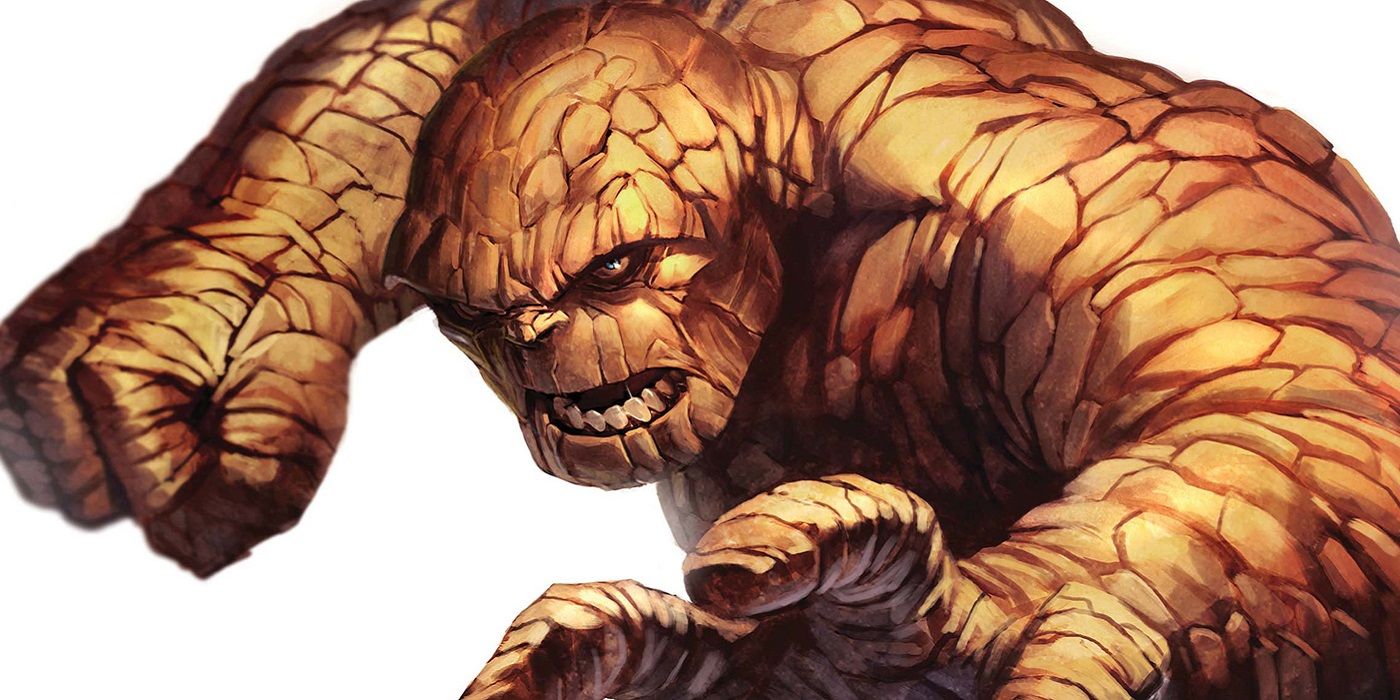 While Ben’s appearance suggests that his skin is now entirely made of rock, it’s actually the product of multiple evolutions. At first, his skin is hardened, and he’s given a rhinoceros-like hide that is rigid and unsightly. However, as time continued, his hide eventually cracked, separated and, like a parched desert, settled into his more classic, rocky appearance. That said, because his stony exterior is actually skin, if his plates ever shed, his muscles beneath are often exposed. This is best exemplified in Fantastic Four: Road Trip by Christopher Cantwell and Filipe Andrade, where a poison from the Mad Thinker causes Ben and his family to lose control of their powers. For The Thing, this means his rock plates begin to fall off, exposing his fleshy interior and proving that if damaged, he’s left dangerously exposed, as he was after a particularly brutal attack by Wolverine.

The films often lean more into a true rock-like mutation where Ben is protected inside and out. For example, in 2005’s Fantastic Four, Reed studies Ben and learns that his exterior and major organs are all protected by his hardened flesh. The Fantastic Four reboot from 2015 takes things a step further by having Ben’s mutation be born from a mixture of his DNA and that of the rocks that collided with him while on Planet Zero. As a result,  Ben is more of a true rock-human hybrid. 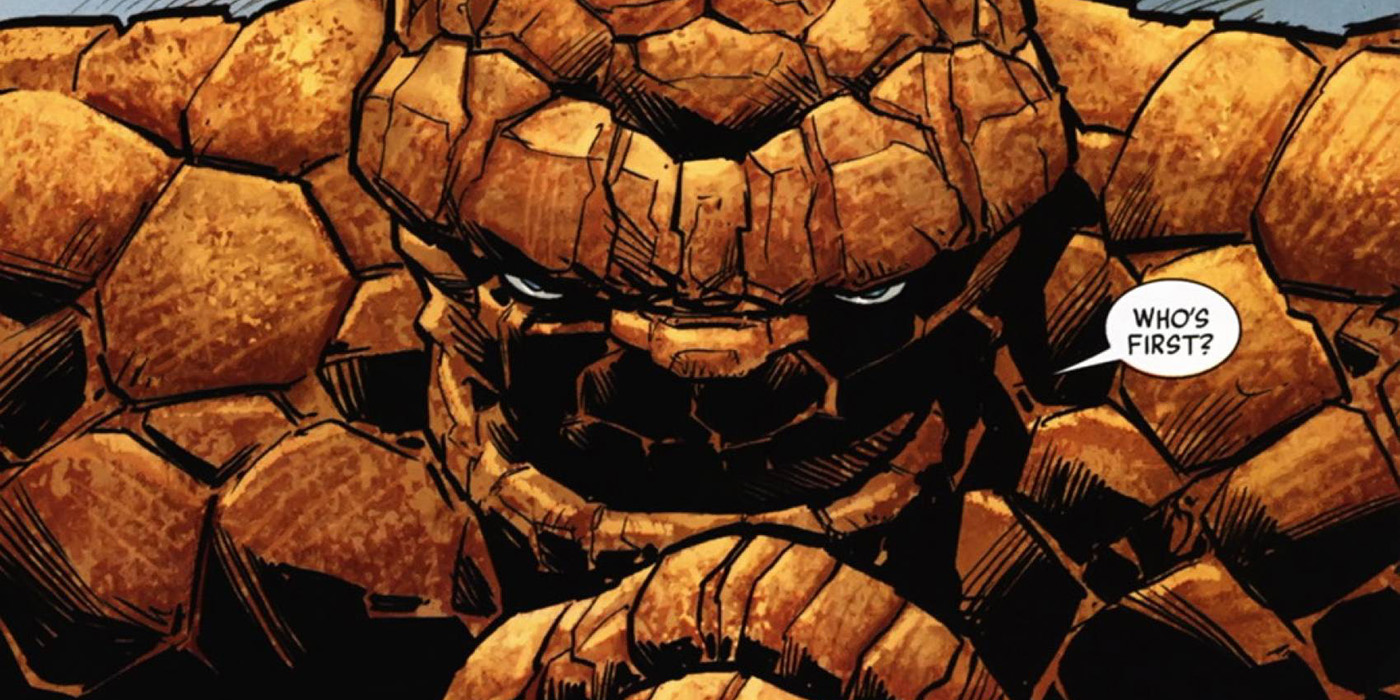 While the Thing has the pretty straightforward abilities, they also make him incredibly unique compared to the rest of the FF. On the surface, he has superhuman strength that allows him to lift upwards of 30,000 tons. He also has superhuman stamina and senses that enable him to stay in the fight longer and withstand sounds and triggers that would incapacitate most humans, like massive explosions.

Below the surface, while his organs aren’t made of rock, they also grew in density and durability, like his hide and muscles. But his most unique and rarely mentioned ability is the immortality his form provides. So long as he is in his rock form, Ben doesn’t age. But thanks to a serum provided by Reed’s Future Foundation, he can, as mentioned earlier, become human for one day, which also allows him to age in that time. So ultimately, his hide and abilities prove Ben is meant to be a hero inside and out, for as long as he keeps getting back up… which is probably (and hopefully) forever.

When Was the Last Time CM Punk Lost a Match Before This Week’s AEW?