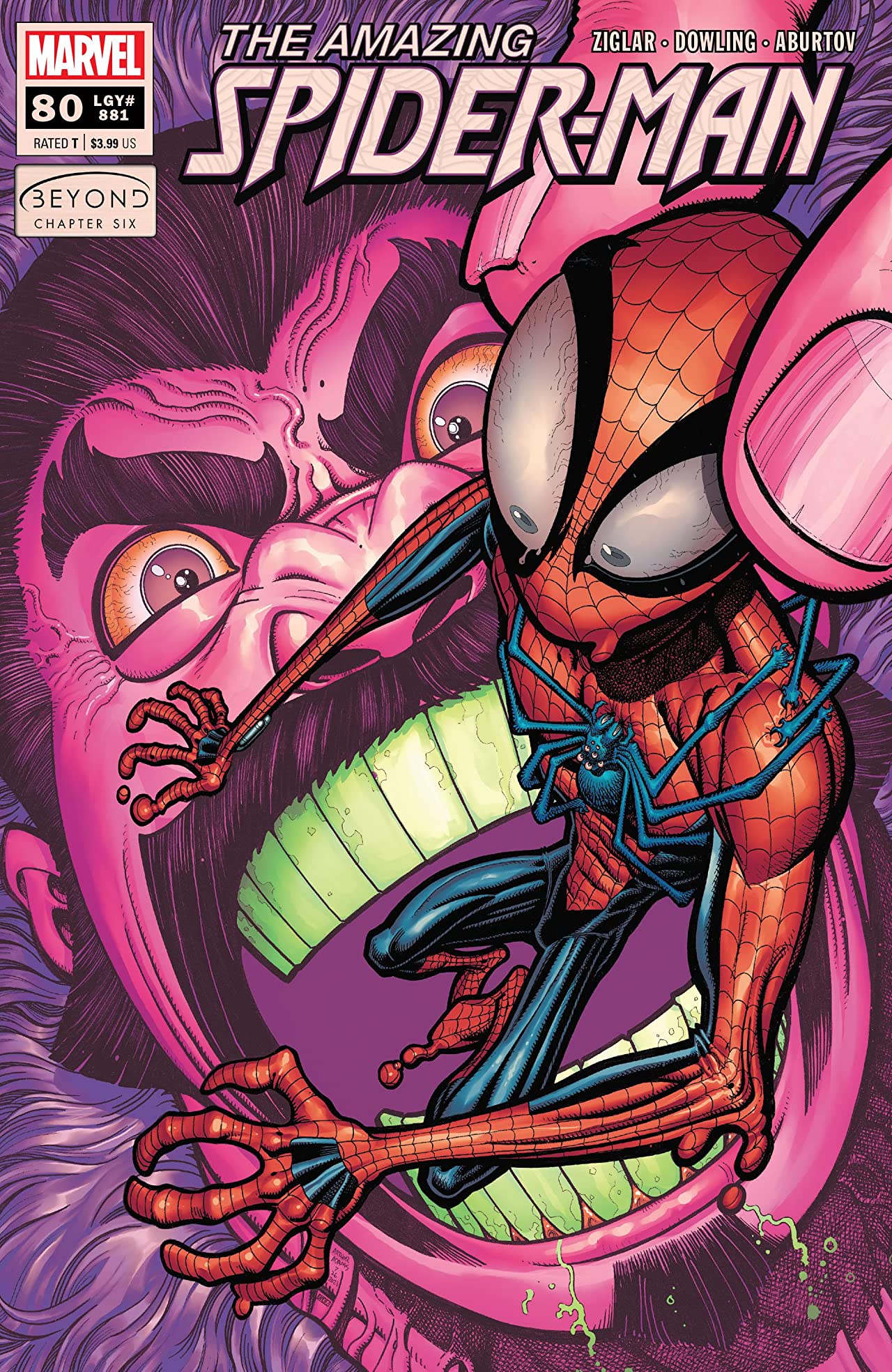 Story:  Ben is now poisoned by Kraven and is having a major acid trip.  He’s still in the city, but the hallucinations he’s living through is making him fall apart faster then a cheap lego set, the faceless illustrations theme appears once again and he passes out.  Back at Beyond, Janine threatens Marcus to obtains Ben’s whereabouts and well being.  Marcus snaps back “You’re not my boss!” which cues a call from Maxine Danger, to obtain that same information from Marcus.  Still drugged, Ben wakes up on a Beyond Cultivation Platform used to make Beyawn Burgars and is given some medication from Doug, who may or may not be a giant turtle (I swear, I’m not making this up.).  Kraven calls Ben out and the two go head to head only for meds to kick in and give Ben a fighting advantage.  Kraven is outmatched and blows himself up, but both Ben and the reader know better, he’ll be back.  Back at Beyond Janine is relieved to see Ben back and Marcus gives him a “well earned” week off with pay.  Maxine isn’t pleased with disciplinary action that Marcus delivered to Ben, but she has more important matters to attend to, like settling a copyright infringement issue with Miles Morales!  Meanwhile Aunt May meets Dr. Otto Octavius at a local diner to discuss on how he can help May make Peter well again.

Clone vs Clone:  So it’s Ben27 vs Kraven(87?).  Not sure on the clone number, but let’s just run with it.  The first part of this match is easily won by Kraven due to Ben being drugged up, however that’s kinda Kraven’s motto.  The second fight, Ben seems to come to his senses and lands some pretty good licks on Kraven.  It’s actually good to see Ben WIN this fight and I’m sure it’s rewarding for Reilly fans everywhere, that’s 1 for 3 so far right? Also want to point out that I found myself laughing at a few of his quips that he dished out.  Let’s touch upon how Ziglar writes Kraven, he writes him like he’s the real deal but kinda falls through in the end.  “Jungle Jim” decides to “kill himself” rather that get up and fight which is very Un-Kraven like.  The only thing I can honestly think of is that he was no match for Ben and his Beyond updated suit so he chose to escape and fight another day.

Not sure if it’s Ziglar’s writing or not, but I just found Ben annoying in this issue.  Don’t get me wrong he’s funny, but annoying.  Granted, I find him annoying and unnecessary in this entire run, but I need to stay focused for our readers out there and that’s where I’m getting at.  Ben is not staying focused.  He’s having a tough time trying to balance the ying and yang of his spider beyond life.  It’s possible that’s what Beyond is hoping for.  Putting your phone on silent isn’t acceptable by any means once you sign that contract from Beyond.  I have worked ONCALL before.  It’s kinda get that, so I get his frustration on being a “leash”.

There’s also the faceless dreams or hallucinations that seem to be popping up every so issue.  Ben considers himself a “shell” of a far more amazing and accepting man.  Even refers to himself as “Peter”.  Honestly, I’m not sure where the Beyond Trust Board at Marvel is going with this.  Could be an about how Ben feel’s about himself and more directed towards him than Peter.

Second Rate Mary Jane:  She’s a bit more strong willed in this issue.  She’s laying down her law in front of Marcus and being a real support system for Ben.  Mary Jane has been that way for Peter on multiple occasions, but Janine has a bit of criminal sass to her and is not afraid to show it.  It’s actually rewarding to see that there is at least ONE person in the Beyond Corporation that actually cares for Ben as a person and not a profit.  As far as story telling go it’s intriguing to read, however it does feel like we are reading the copy cats of Peter and MJ.  I’m thinking that Ben wants Peter back to full health so they be Spider-Bros full time and then head back together to their respected red headed support systems gf’s, at the end of the day.  However, I’m pretty sure that Peter wouldn’t care for that and despite the similarities, not sure MJ would get along with Janine.  I do believe an effort will be made and we’ll see how Marvel writes it out.

Beyond Corp knows of her romantic evolvement with Ben, it’s why they hired her.  If things go south, don’t be surprised that she would be the perfect bargaining chip to hang over Ben.  Not saying that she can’t handle herself, because obviously she can, but the Beyond Corporation is more than it seems and will go to great lengths to get what they want.  Maxine Danger has already shown that to us.

House Call:  Now for the REALLY INTERESTING portion of the issue.  Aunt May making a house call to Otto.  It’s no secret and it’s apart of the Spider-Man continuity that May and Otto had a relationship.  They always respected each other.  Otto wants Spider-Man dead, but will go to great lengths to help May’s nephew.  Otto has always held May in high esteem, even though she never like his criminal past, and will basically do anything for that “sweet woman”.  Personally, I’m not a fan of “staying close to your EX”, that’s just me, it leads to trouble.  However, in Otto’s mind, May was never an EX even though they almost tied the knot.  She was part of a larger scheme and her charm and kindness won over Otto in the end.  Creep factor aside, it’ll be interesting to see how Otto handles this situation and what May must do in order to thank him.  I don’t suspect much and I do hope that May finds out about what Otto did to her nephew, during the superior run.  THAT..that’s a fallout I want to see.  I think Otto has no memory of what he did, but Peter still does and MJ knows too. Of course that would lead to May knowing Peter is Spider-Man…if she doesn’t know already.. 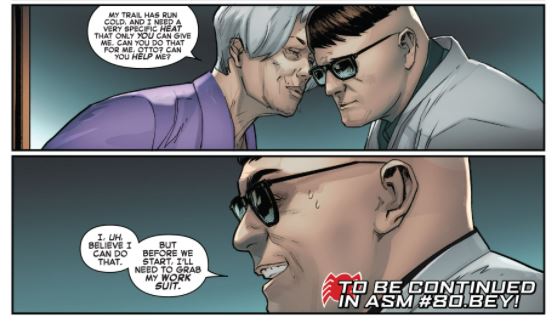 Grade:  Giving this one a C.  It was okay, but it seemed that the other Marvel books that came out this week were worth more than we got here in ASM.  It’s a set up issue and the fight between Ben and Kraven was short and little.  I honestly was expecting a bit more.  No Peter/MJ update since I’m much more interested in what’s happening there.

Alright, I’ll be back next time as Ben throws down with Miles Morales! 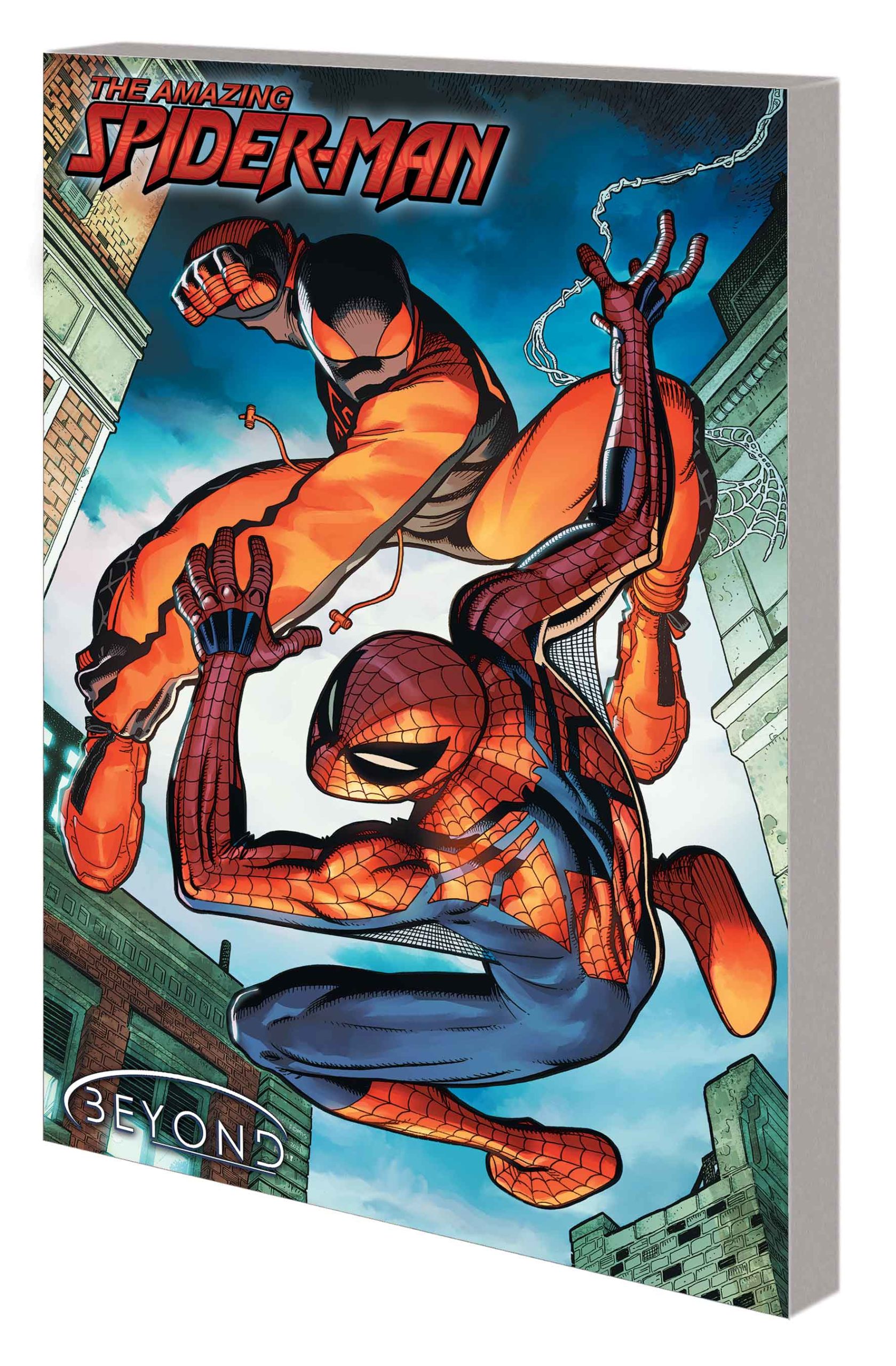 However!!!  Next week Dark Mark will tackle a BEY issue and it’s actually something we WANT to see. 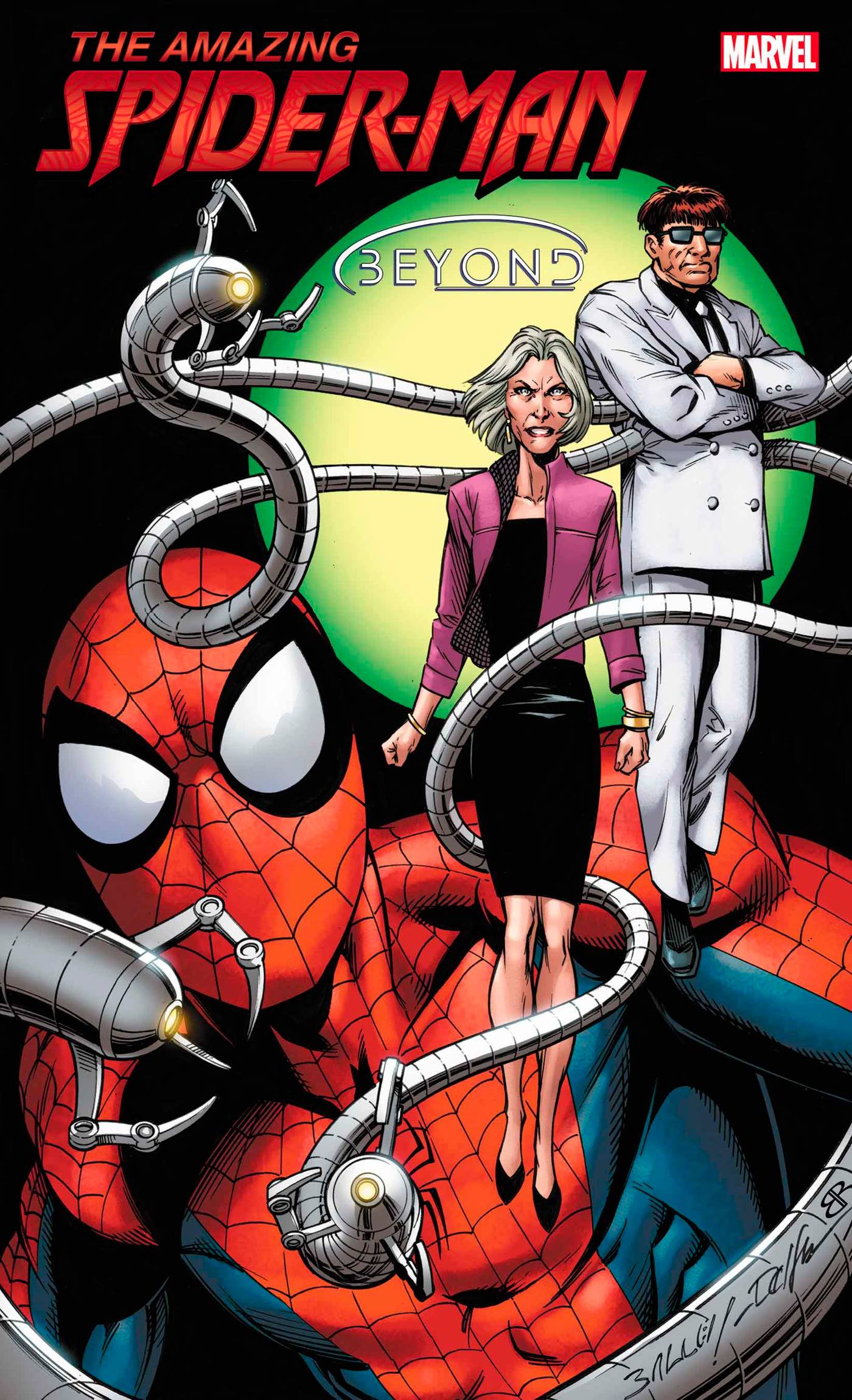 Brock Lesnar Wins Back the WWE Championship at Elimination Chamber