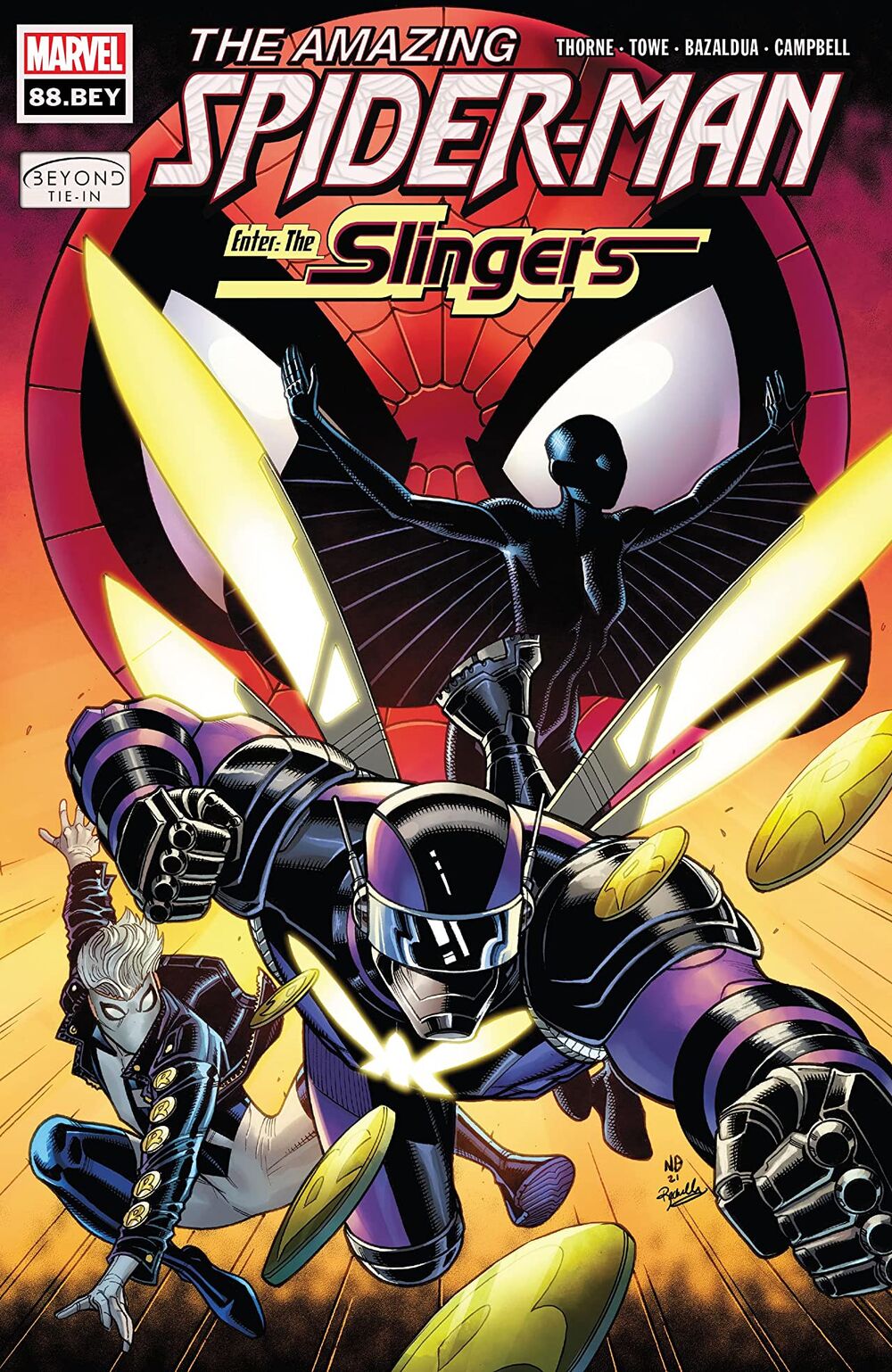 Story: Hobie Brown is the new Hornet and saved some people during the King in Black event.  He then realized while saving people he needed think about the people in the aftermath so he created a crowdfunding platform called Fairgray.  He wants to do more by creating inventions to the people whose lives have been damaged or turned upside down.  His gf/lawyer Mindy is all for it, but his company gets bought by Beyond.  Not just bought, but overly bought.  FairGray was worth 70 mil, but Beyond bought it for 200 mil and Mindy wants to know WHY.  Hornet gets that info for his gal pal at Beyond, when Cassie St. Commonst aka Dust sees him.  She catches up to Hobie and explains that she was at Beyond looking for Johnny, aka Ricochet who see senses he’s in trouble.  She can feel it, like the force.  Hobie and Dusk infiltrate a Beyond sight to find Johnny working for Beyond and cleaning up a alien gateway mess.  Hornet and Dusk help Ricochet clean up the mess and Beyond dude, Dr. Eliot Swednsen offers Hornet a job.  The end.

What the..?:  No Breakdown.  Just a thought and a grade.  I read this comic so you wouldn’t have to.  This story has nothing to do with the recent events happening in ASM.  Maybe down the line, 3/4 of the Slingers will show up and help Peter take down Ben.  Or help Beyond take down Queen Goblin.  Who knows, but honestly who cares!?  This seems like a an attempt to resurrect the Slingers comic series.  If you are looking for Spider-Man in this book, they do reference Peter, by name, THAT’S IT.  This is a filler.  The story is decent and I like the art, but this comic has nothing to do with Spider-Man.

Let’s do recap on these Bey issues.

ASM 78 Bey:  Daughters of Dragon Story. Monica Rambeau subplot.  Nope.
ASM 80 Bey:  Doc Ock/Aunt May Story.  Cure for Peter, so Yes.
Mary Jane/Black Cat One Shot:  Not really, however…  BUY THIS BOOK!  Storytelling, Art, and characterization on MJ and Felicia are TOP NOTCH!  You won’t regret it.
ASM: 88 Bey:  3/4 of the Slingers are back and hired by Beyond.  NOPE.

So that’s 3 out of 4 that barely has anything to do with the main story and this one is a HARD PASS.

Grade:  D.  It passed because of the story and art, but barely.  I read this book so you wouldn’t have to.  Don’t waste your time or money.  You are not missing anything.  I know that sounds harsh, sorry “Emperor Spidey Editor Nick Lowe” but I tell it how it is.  Spidey fans don’t want to read this, however I could be wrong.  As assistant editor Danny Khazem has pointed out at the end of this book (for real, it’s there in print) if you fans want to see more of Hobie and the Slingers, let them know at spideyoffice@mavel.com.

Don’t fret Crawlspacers, Dark Mark will be back to review a book that you’ll actually WANT to know about.  Maybe…you never know these days. 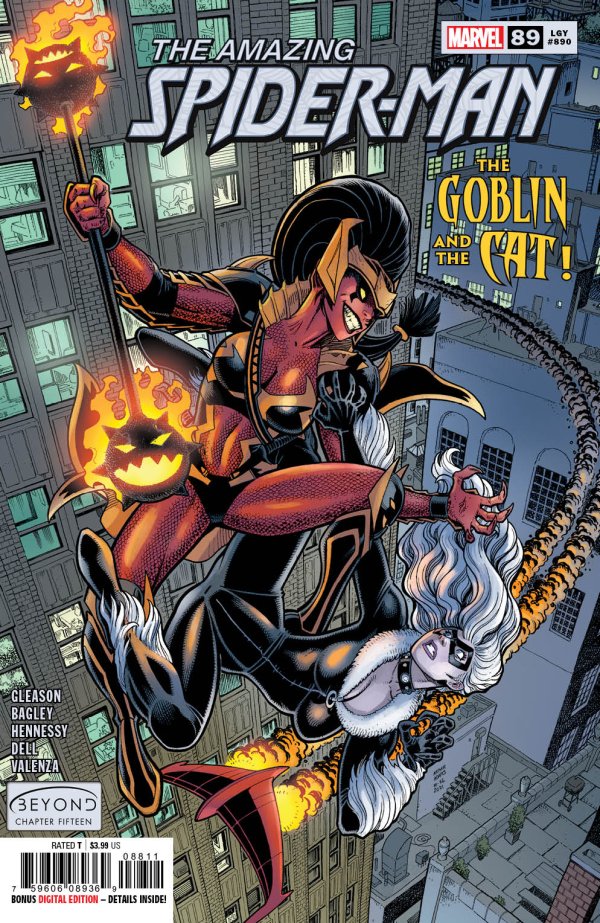 WWE Reveals a New Champion has Been Crowned at SmackDown Taping