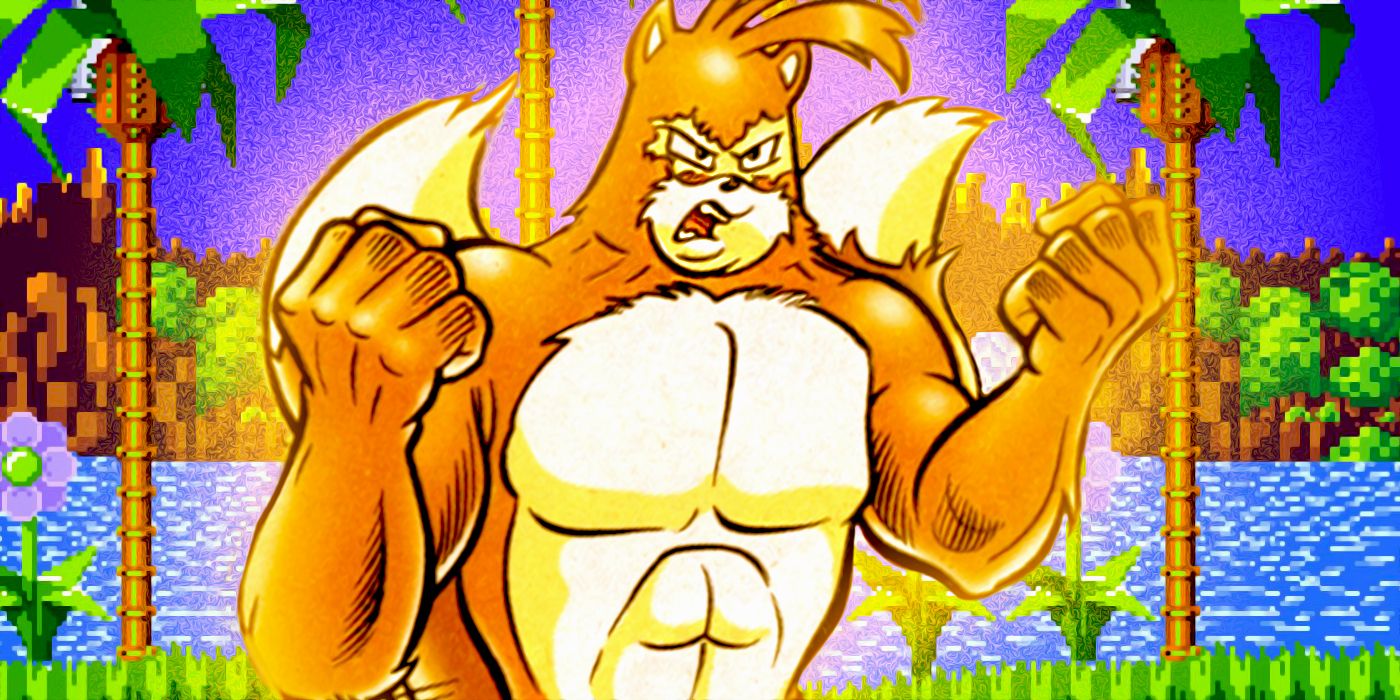 WARNING: The following contains spoilers for Sonic the Hedgehog: Imposter Syndrome #1, on sale now from IDW.

Tails is undeniably Sonic’s best friend. The two-tailed fox has been with the Blue Blur since 1992’s Sonic the Hedgehog 2 and is still accompanying the hedgehog on all of his adventures, both in video games and in comics. Though this loyal sidekick would never do anything to harm his friends, one villain just made an upgrade to the iconic hero that’s about to put them all at risk.

Dr. Starline is finally putting his latest plan into action in the pages of Sonic the Hedgehog: Imposter Syndrome #1 by Ian Flynn, Thomas Rothlisberger, Aaron Hammerstrom, Matt Froese, Valentina Pinto, and Shawn Lee. His latest plan to get rid of Sonic and his friends is to replace them with entirely new heroes of his own design – ones that he can control. He’s started by creating his own version of Sonic and Tails – Surge and Kitsunami. Whilst Surge has a lightning-charged upgrade to Sonic’s signature speed, Kitsunami has a dangerously powerful upgrade to Tails signature look.

RELATED: How Sonic the Hedgehog’s Worst Enemy Made Him Blue 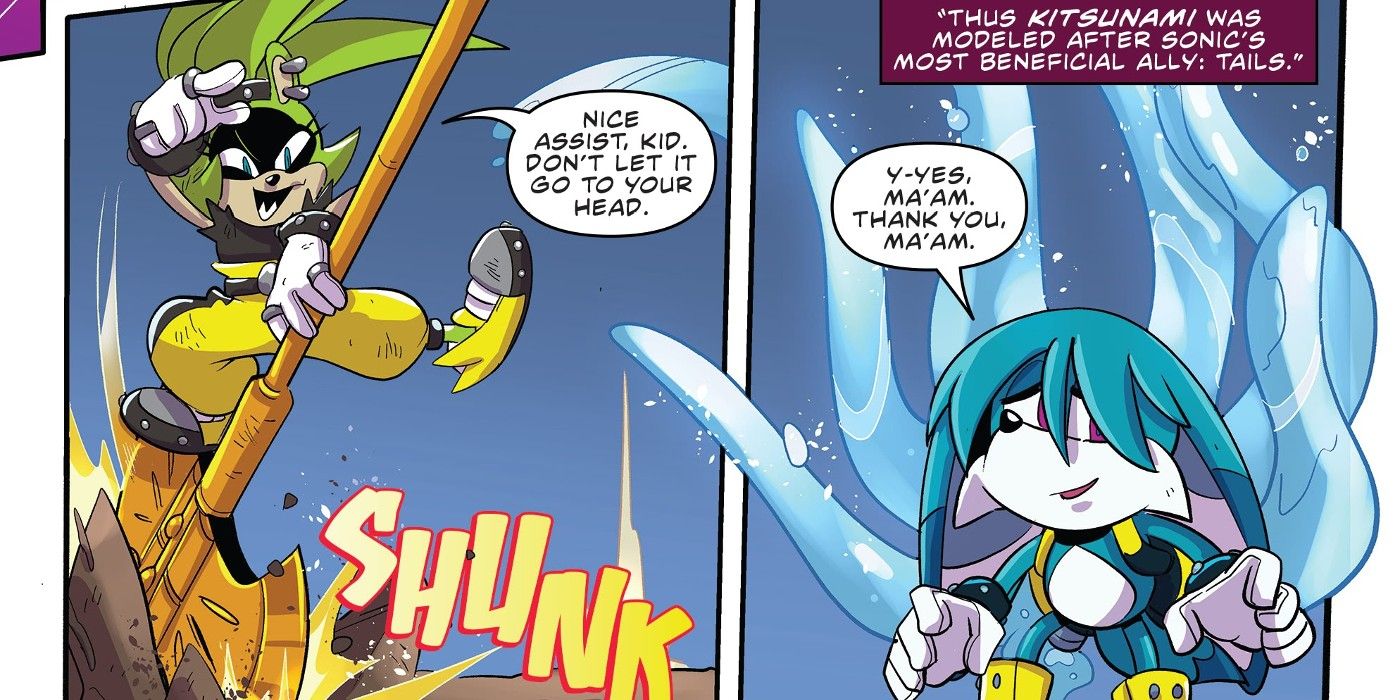 Both Kitsunami and Tails are foxes with multiple tails, based on the Kitsune of Japanese folklore which can grow multiple tails. Starline decided to give his latest creation a water-based upgrade to Tails’ namesake by giving him hydro-tails. Kitsunami can call multiple tails, made of water, which can be used in a variety of ways through some form of hydro-kinesis. In one instance, they were used to save Surge from some enemies during a test run. Out in the field, he’s used them to propel himself high off the ground and lift heavy objects.

Tails has also used his own furry appendages offensively before. In Sonic Adventure, he spun them around to attack enemies however, in subsequent games he hasn’t relied on them at all. In Sonic Adventure 2, he pilots a mech instead and other games see him using trick rings as an offensive attack. Kitsunami needs none of these though. He only has to rely on his hydro-powered tails for a whole range of different tasks. 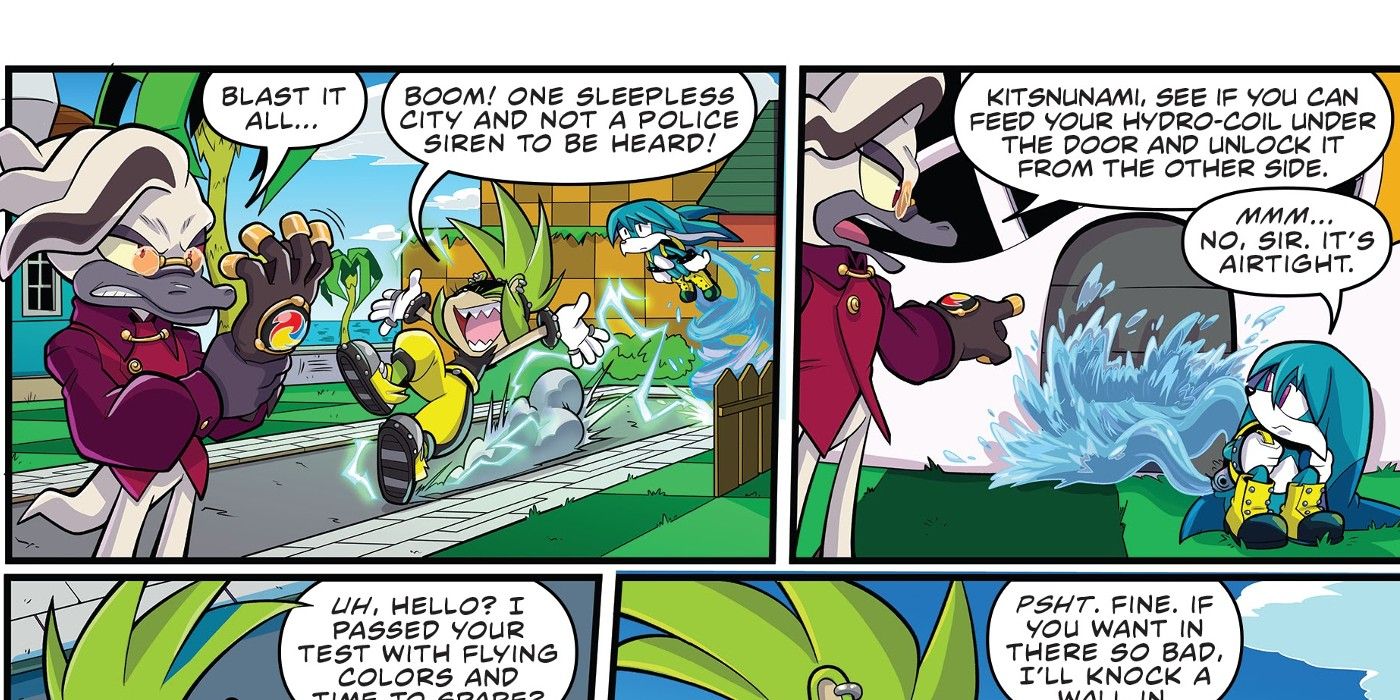 Though this is Starline’s attempt to improve upon the original design of the iconic Tails, does it make Kitsunami better than the original? It’s clear he doesn’t have the same heart or courage as Tails does. He lets himself be pushed around by Surge constantly and doesn’t question anything on his own.

There’s also one major character trait that Starline left out of his copy – Kitsunami doesn’t have Tails’ intelligence. This is most likely so that he can’t surpass his creator or figure out that he’s being used. However, it also means that he could be outsmarted by Tails. His home defenses are already too strong for Kitsunami’s powerful tails to break through on their own. It’s likely then that in a one-on-one battle, Tails would be able to outthink his imposter counterpart regardless of any differences in their powers.

However, there’s one thing Starline was able to copy – loyalty. Both Tails and Kitsunami are fiercely loyal to their partners but their dynamic is what sets them apart here. Sonic respects his partner but Surge doesn’t respect hers. All in all, Tails still wins out against his replacement. Starline’s lack of understanding over what makes the two-tailed fox great is why he’s still the superior high-flying companion here.

Could Cesaro Have Already Made his AEW Dynamite Debut?