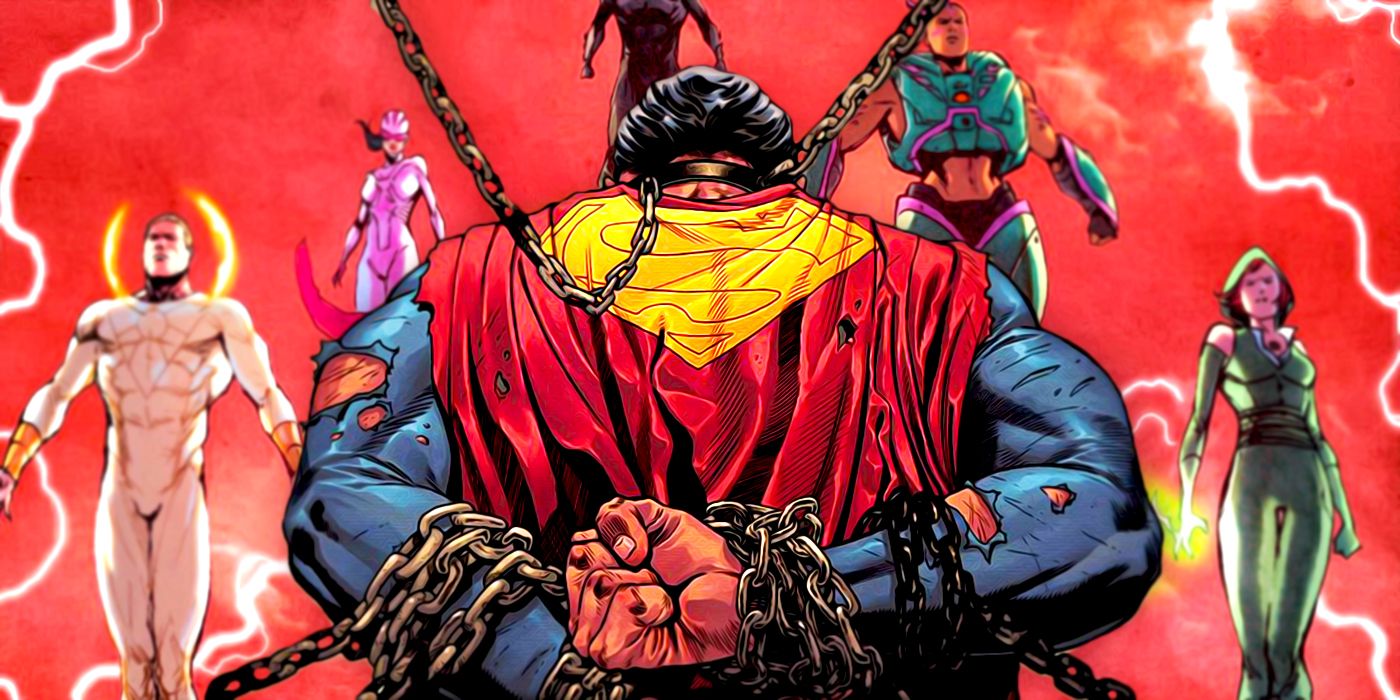 Superman has one very clear rule: no killing. Though certain cinematic interpretations have seen the Man of Steel cross that line for the greater good, in modern comics, he’s far stricter when it comes to his moral code. In fact, whenever he’s challenged on it, he has always gone the extra mile to prove why it is better to spare a life than to take one. This rule extends to his own deadly new team, The Authority. Unfortunately, it seems that when push comes to shove, they’ve thrown their leader’s ideals out the window. But that might just be a good thing.

Superman’s mission to Warworld has taken an unexpectedly bad turn. As soon as they arrived on the planet, Mongul’s forces revealed to everyone how weak the Man of Steel really is now. This reveal sets the tone for the battle that takes place in Action Comics #1037 by Phillip Kennedy Johnson, Miguel Mendonca, Adriano Lucas, and Dave Sharpe. The members of the Authority are veterans selected specifically for this mission, but they all seem to fall apart as Mongul makes an example out of Superman. It’s so bad, that the team soon seemingly takes its first casualty. 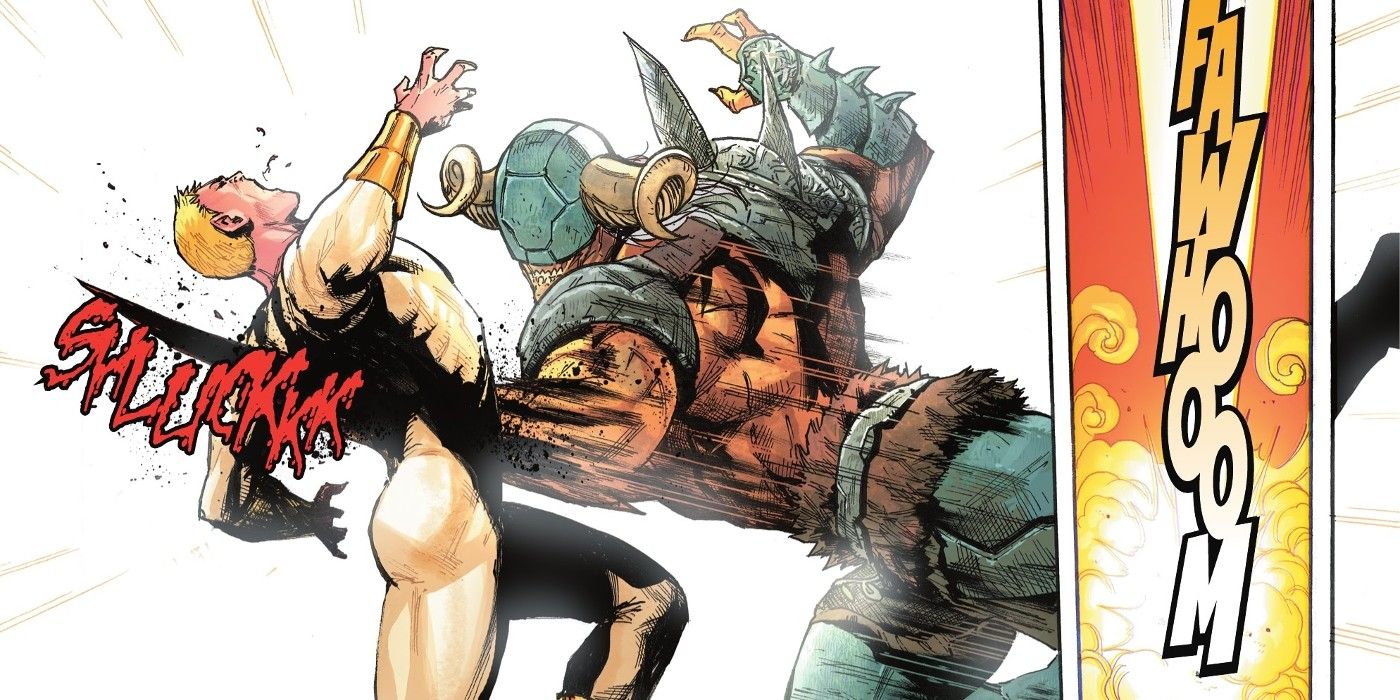 Enchantress is the first to fall and is swiftly followed by the Authority’s heavy hitter, Apollo, who is impaled by one of Mongul’s minions. This second, brutal loss, makes Apollo’s partner Midnighter forget all about Superman’s number one rule. It’s understandable why Midnighter would want to kill at this moment, but he isn’t the only member of the team who goes back to killing.

Manchester Black is the next to revert back to his old ways. He discerns who really controls the beast that took down Apollo, and has a little chat with him. As the foe has protections against Black’s psychic abilities, the Superman villain decides to do things the old-fashioned way. He brutally beats the foe to a green pulp, a move which will surely create tension between him and the Man of Steel. However, it’s not necessarily a bad thing right now.

Manchester’s choice to kill removes Mongul’s control over the beast that took down Apollo, vitally weakening their foe’s forces. Even before that, Enchantress recognized that the sorceress who revealed Superman’s weakness was a major threat to the team and tried to take her out immediately. Though June didn’t manage to kill her, it’s likely she didn’t hesitate to hit her with everything she had, despite the Man of Steel’s rules. Unfortunately, it didn’t work out for her and she was taken off the board, too.

What about the two most altruistic members of the team and the ones most in favor of sparing their enemies? Superman and Lia Nelson’s Lightray try to apply their pure hearts to the fight but it’s a liability here, not a strength. Lia tries to help one of her enemies and dies because of it. Then, when the Man of Steel tries to save his fallen comrade, he’s run through by Mongul. 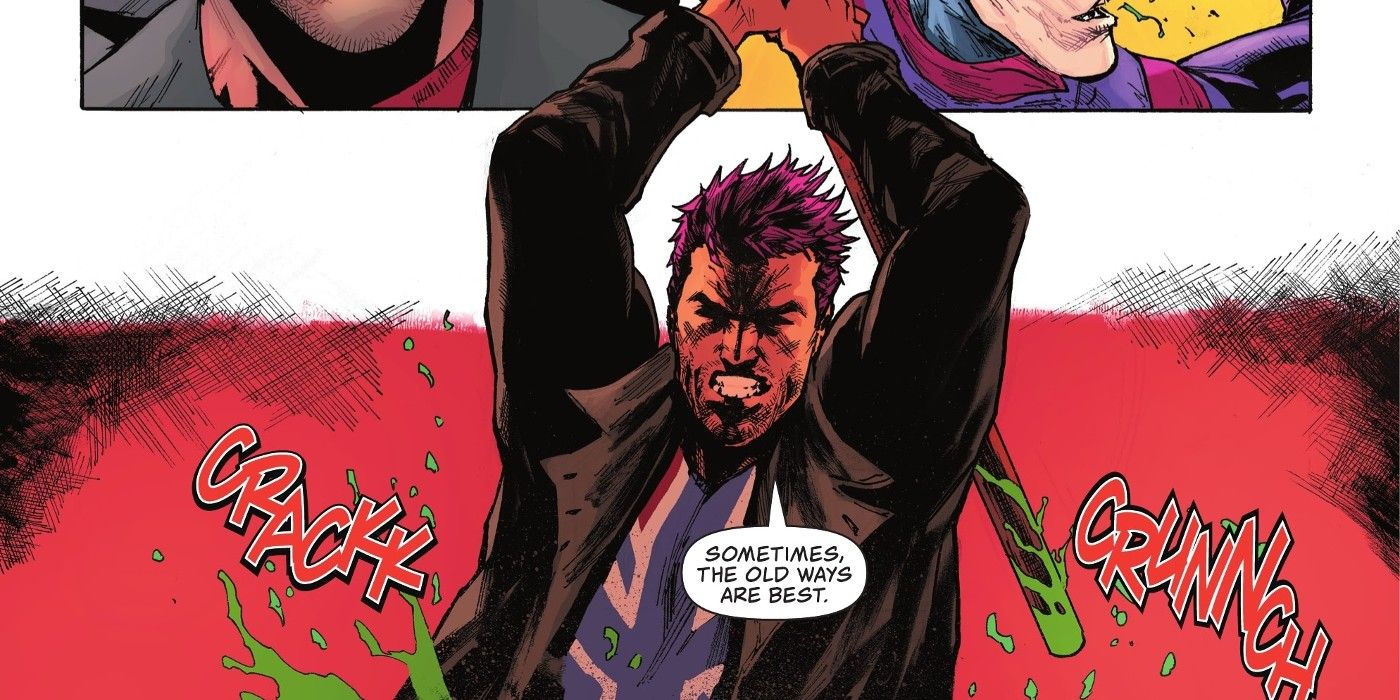 It seems then that those who will survive the fight against Mongul here aren’t the ones who hold onto Superman’s ideals. In fact, it’s the opposite. Those who are willing to kill, like Manchester Black and Midnighter, survive the horrors of Warworld. Those who aren’t willing to cross that line are killed themselves, regardless of how powerful they are. If Superman really wants to save Warworld, he can’t rely on how he’s always done things.

It seems his best chance to do right by the people of Warworld and finally end Mongul’s threat is to let the Authority embrace who they are and go all out. He may have disagreed with Manchester Black’s own Authority, the Elite, back on Earth, but unfortunately, this isn’t Earth. If they want to take down Mongul, then it looks like they’re going to have to play by at least some of his rules.