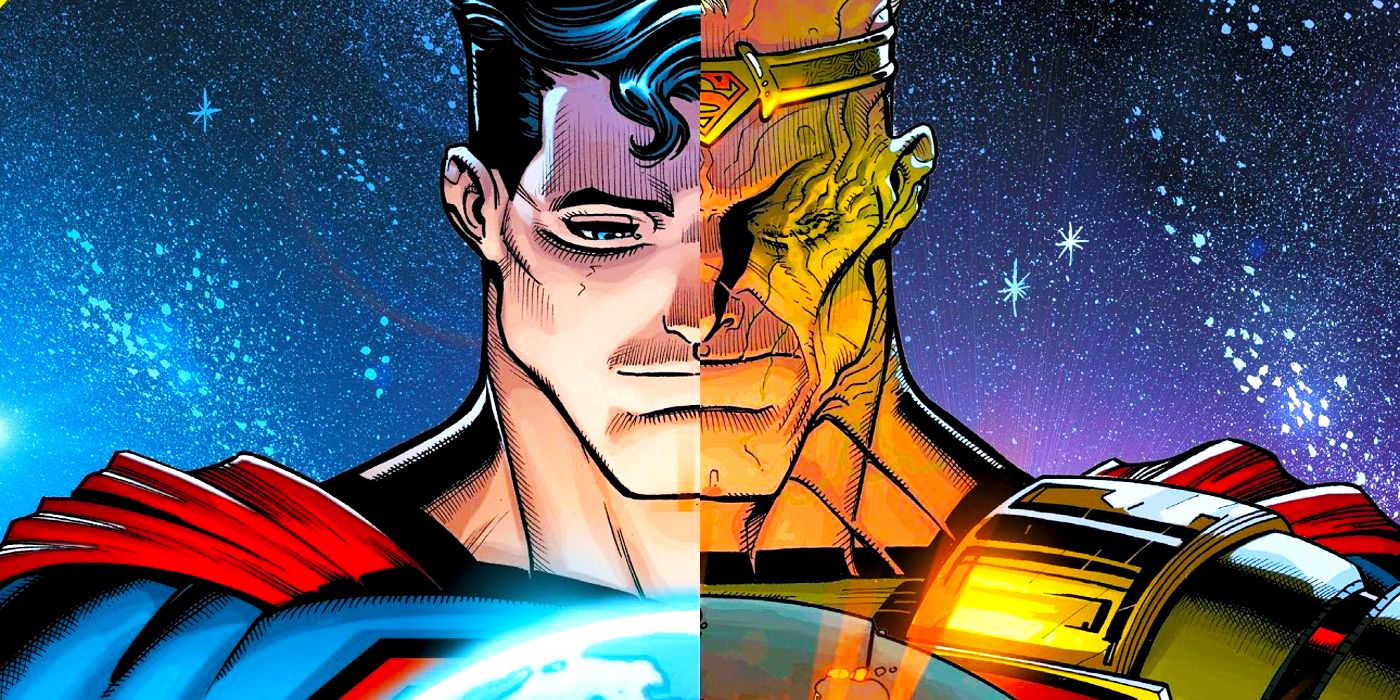 Superman‘s father, Jor-El, has been a massive influence throughout the Man of Steel’s life. That isn’t just because he sent him to Earth all those years ago, placing him on his heroic path, but also through all that he left him. The Fortress of Solitude, along with all the knowledge and wisdom it contains, has been one of the main forces guiding Kal-El, as well as other superheroes, throughout the years. That’s why Jor-El’s return came as such a shock — because he was so much worse than his legacy.

Though he was meant to die with Krypton, Watchmen’s Dr. Manhatten took the scientist out of time and made him a pawn in his Superman-centric experiment, which resulted directly in the creation of the New 52. The Watchmen hero put Jor-El through the worst Earth had to offer and made him into a force that saw Superman’s quest for good as pointless and naive. After his entire worldview had been changed, Jor-El was put to work as Manhatten’s right-hand man, rebranding himself Mr. Oz. This saw him imprisoning rogues who could harm the Man of Steel, like Doomsday and Mxyzptlk, but it also had him imprison heroes like Tim Drake, who threatened Manhatten’s vision for the DC Universe. 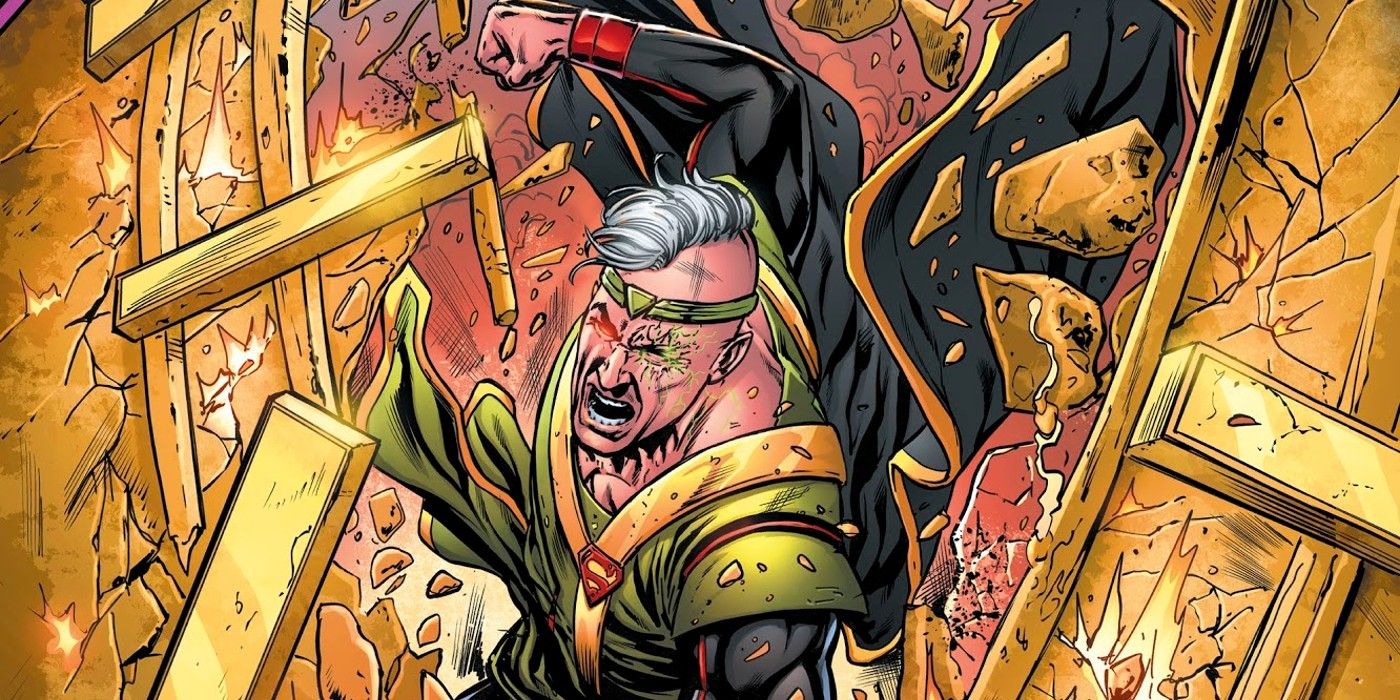 Though Jor-El and his son both have the same powers on Earth and, therefore, the same capacity to help others, the famed Kryptonian scientist chose to use his abilities in far crueler ways. By creating crisis after crisis all over the world, he created an unwinnable scenario for his son and the Man of Steel could do very little to stop the chaos.

None of this was to kill Superman, though — far from it. Mr. Oz’s only goal was to show his son that humanity didn’t deserve him. Though he had originally sent Earth its savior, having seen the worst the world had to offer, Jor-El wanted to take him away again. He found a planet where everyone had powers and was free to be who they really were. There, himself, along with Superman, Lois and Jon, could live out their lives together.

What Jor-El didn’t count on was his son’s resistance to such a pessimistic view. Superman was finally able to overpower his father and break Manhattan’s influence on him. However, that didn’t change the damage that had already been done. He still had a bleaker view on humanity, which would inform his actions going forward and put him at odds once again with the Man of Steel.

RELATED: Why the New Superman, Gohan and Invincible’s Bodies Make Their Powers Stronger 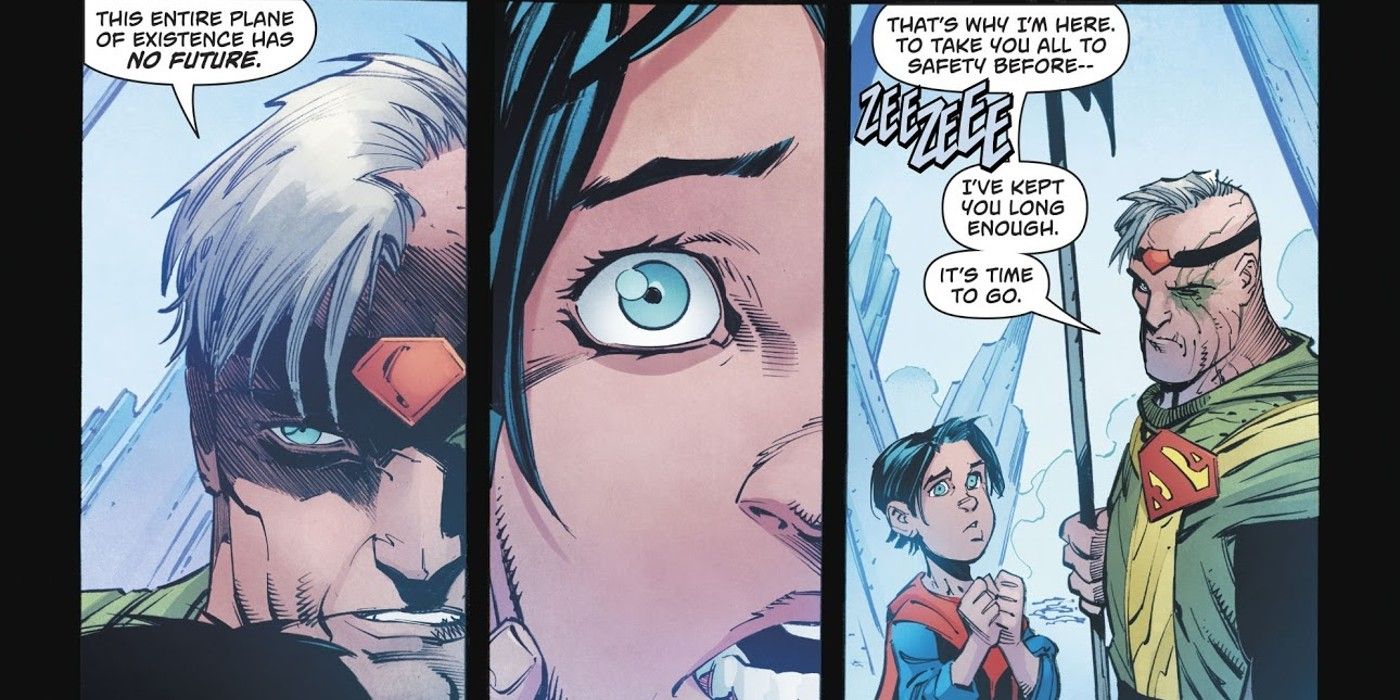 After Dr. Manhattan left the DC Universe, Jor-El returned to show his grandson the universe. Though Superman, ever the hopeful and trusting type, let Jon (and Lois) go to space, he soon regretted it. His regret swelled even more when Jonathan Kent returned as a 17-year-old, rather than the child he left as. Jor-El’s ideas for educating the young boy put him into some of the worst places in the galaxy, like the Crime Syndicate’s Earth-3, an experience not entirely unlike what Jor-El went through on Earth thanks to Dr. Manhattan. Despite this, Jon came out more like his father than his grandfather.

Jor-El’s poisonous worldview isn’t entirely down to Dr. Manhattan. His lies before Krypton’s destruction were part of the reason why Superman revealed his secret identity to the world. This, and everything he did as Mr. Oz, are why the Man of Steel still struggles with a lot of his father’s legacy even now.

His scientific ability, combined with his Kryptonian abilities, focused particularly with his lack of humanity are what made him more powerful than Superman, and yet, at the same time, weaker. His distrust of humanity is as strong as his son’s faith in it and he lacks Superman’s moral code. He’s already proven that he can overwhelm the Man of Steel by exposing him to the worst the universe has to offer. If he chose to, he could devastate reality, all to prove his twisted beliefs to be true – and Superman would be powerless to stop him.

KEEP READING: Superman Has Been Hiding a Huge Secret – With Help from Two Villains