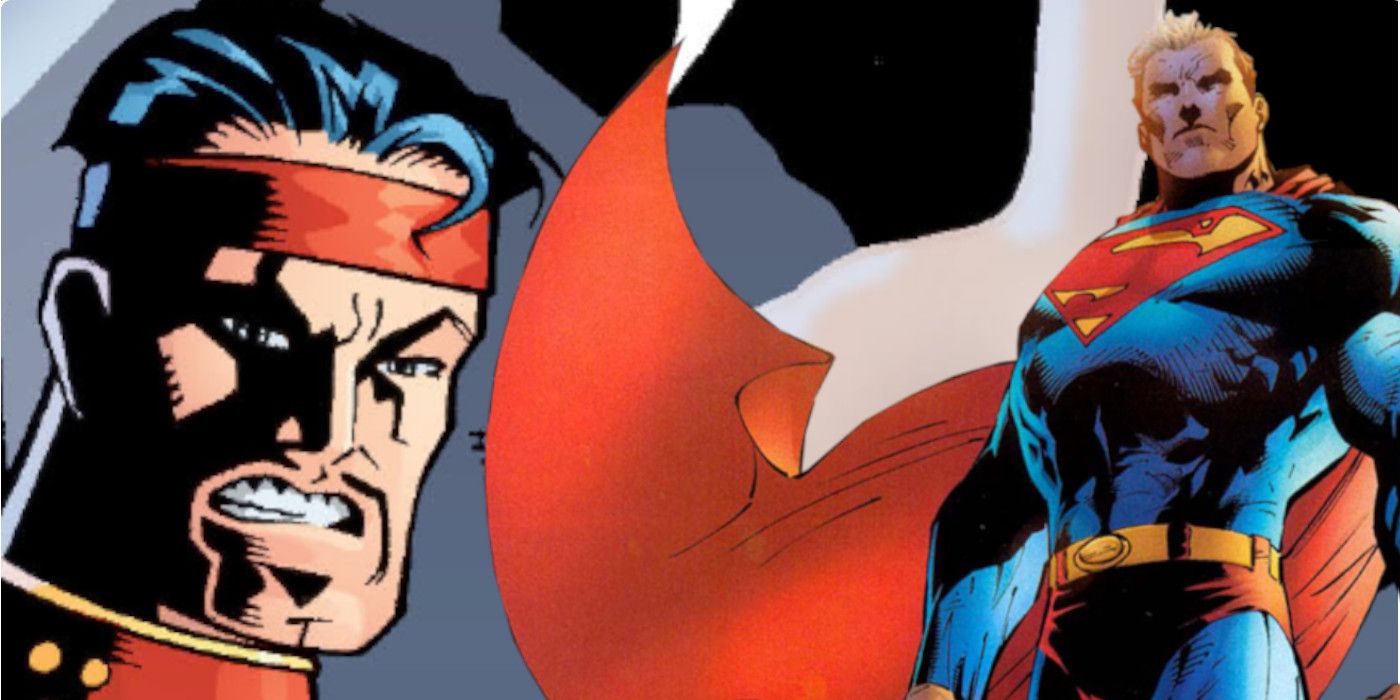 Superman’s home planet and its history and culture have been given many different interpretations over the years, with each generation getting its own version of Krypton.  World of Krypton by Robert Vendetti and Michael Avon Oeming focuses on the doomed planet’s most famous residents: the House of El. While Jor-El and his family take center stage, the series also marks the return of the forgotten “black sheep” of the family: Kru-El.

In the storyline, Kru-El is already set up to be dishonorable and untrustworthy to the otherwise noble El lineage. This keeps in line with the character’s previous depictions. Let’s take a look at what Kru-El’s return could mean for the character and his potential role in future Superman titles.

Related: Why Did DC Make Supergirl… a Demon-Worshiper? 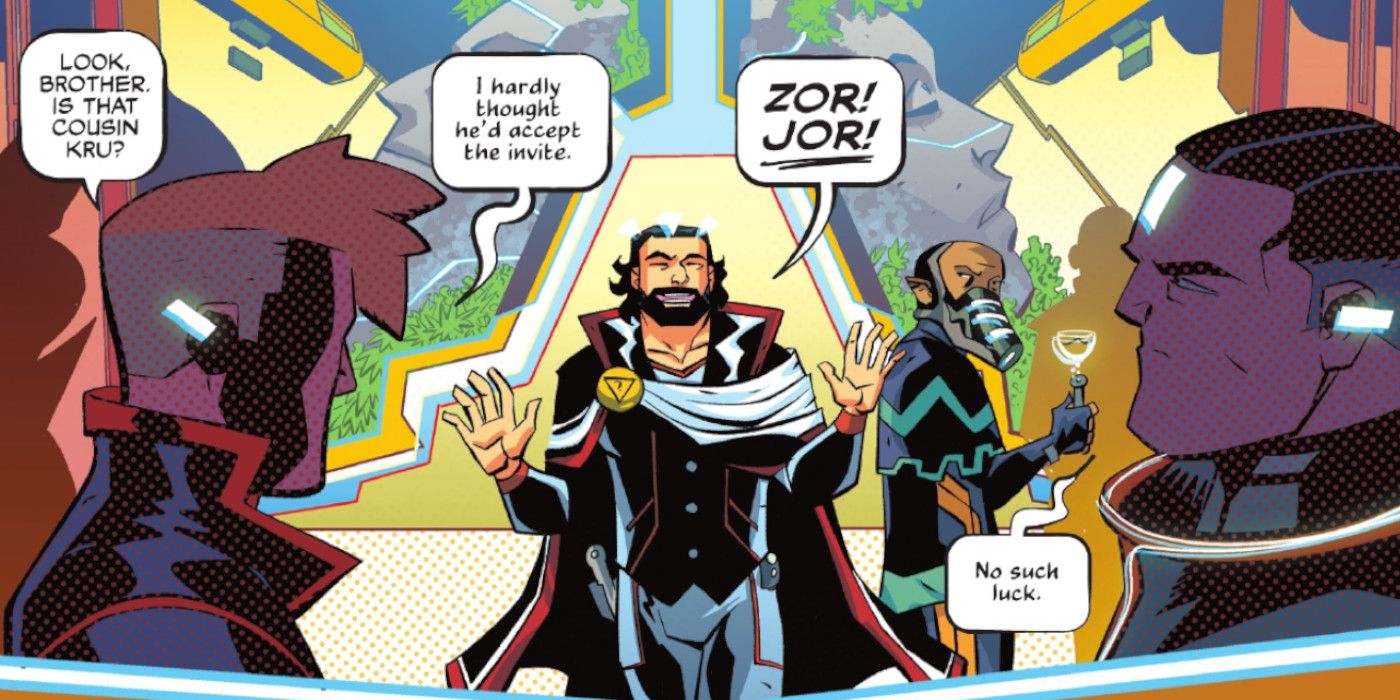 The story started with Jor-El and Lara attending the naming ceremony of their niece, Kara Zor-El (the future Supergirl). Jor-El congratulated  Zor-El until both men see Kru-El arriving, much to Jor’s displeasure. Kru-El then left to speak with a chancellor of Krypton’s council before mysteriously disappearing. The ceremony was then underway until terrorists try to assassinate both Jor and Zor-El before they were stopped by General Dru Zod. At the end of the issue, Zod reveals that Kru-El is the one behind the attempt, as he would then be the highest-ranking member of the House of El if both his cousins were dead.

This surprise appearance marks the first time that Kru-El has made an appearance in years. The character was seen a few times in Pre-Crisis continuity, with his first appearance being in Action Comics #297 by Leo Dorfman and Curtis Swan in a Supergirl backup story. He is freed when Leila-Lar, a criminal from Kandor escaped the bottled city and used a Phantom Zone projector to free the prisoners Kru, Jax-Ur, and General Zod. The three criminals would be defeated in that same story, but Kru-El and his origin would be further explored in later comics.

As Jor-El’s cruel and calculating cousin, Kru-El was no less scientifically gifted than Jor but decided to pursue a career in creating weaponry for Krypton’s criminal organizations. This would earn the ire of his more noble cousin. Jor would eventually exile him to the Phantom Zone. In a subsequent issue, the “black sheep” of the House of El would make many escapes from the Phantom Zone to not only plague Jor-El, but his son Kal-El and niece Kara. Often more cunning than his fellow Kryptonian criminals, Kru-El would use his intelligence to get the better of his enemies, such as preemptively throwing the JLA Satellite into deep space and dismantling all of Earth’s communications during 1982’s The Phantom Zone miniseries by Steve Gerber and Gene Colan. 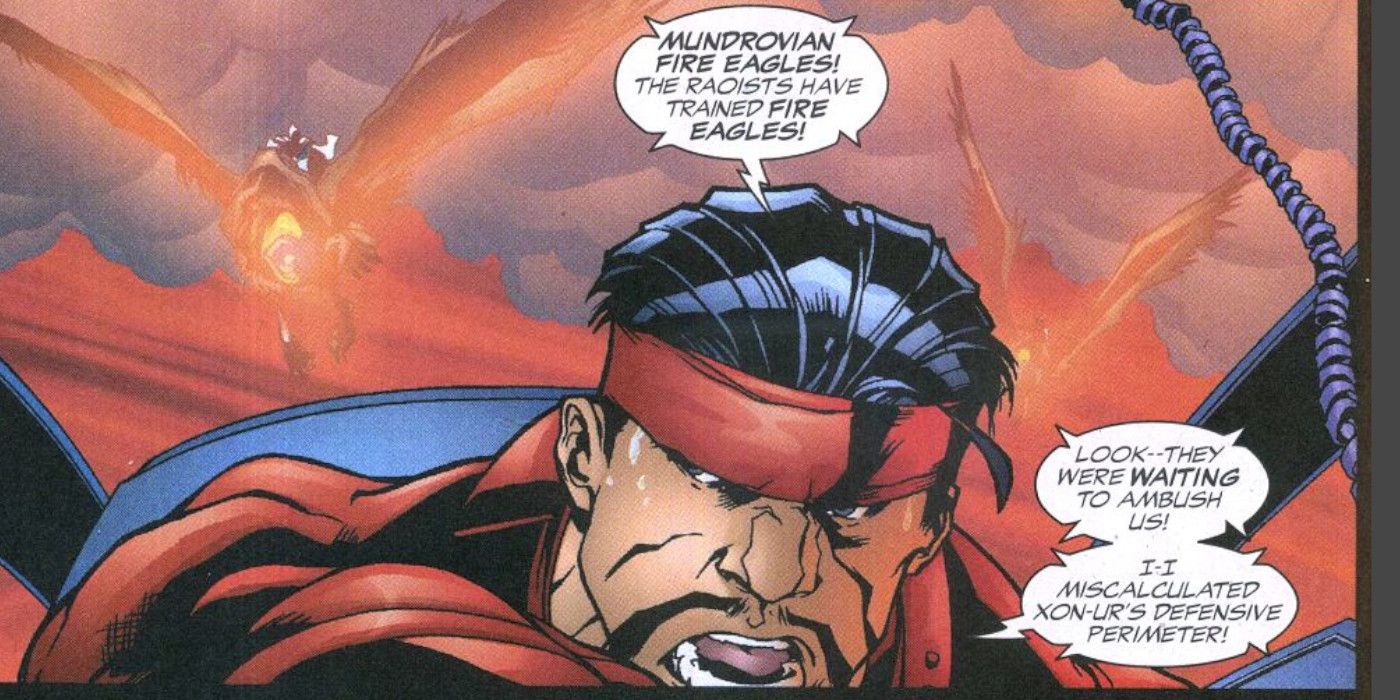 The character would disappear for decades, seemingly cast aside to Pre-Crisis obscurity until 2002’s “Return to Krypton”. As the title suggests, the arc revolved around Kal-El being able to return to his homeworld, which would later be revealed as an artificially constructed Krypton made by Brainiac 13. Kru-El was reintroduced when he and Faora hunt down Clark Kent and Lois Lane (who are dressed as Nightwing and Flamebird) under the orders of General Zod. In this pocket dimension, Kru-El would later sacrifice himself to save Jor-El and Kal-El when the three of them are being pursued by the Order of Rao.

Kru-El’s return to current continuity in World of Krypton is an intriguing decision by DC, as it raises the possibility of Kru-El being imprisoned in the Phantom Zone and eventually being freed to face down his second-cousins Superman and Supergirl. This will be an interesting dynamic for the two heroes, as they would not only be facing a rogue Kryptonian but a rogue member of their own birth family. With his “return”, Kru-El may be able to make a larger name for himself in the DC Universe whilst also adding extra depth to Kryptonian lore and becoming an interesting nemesis for the wider Superman family.

KEEP READING: Is Superman Eligible to be Elected President of the United States?