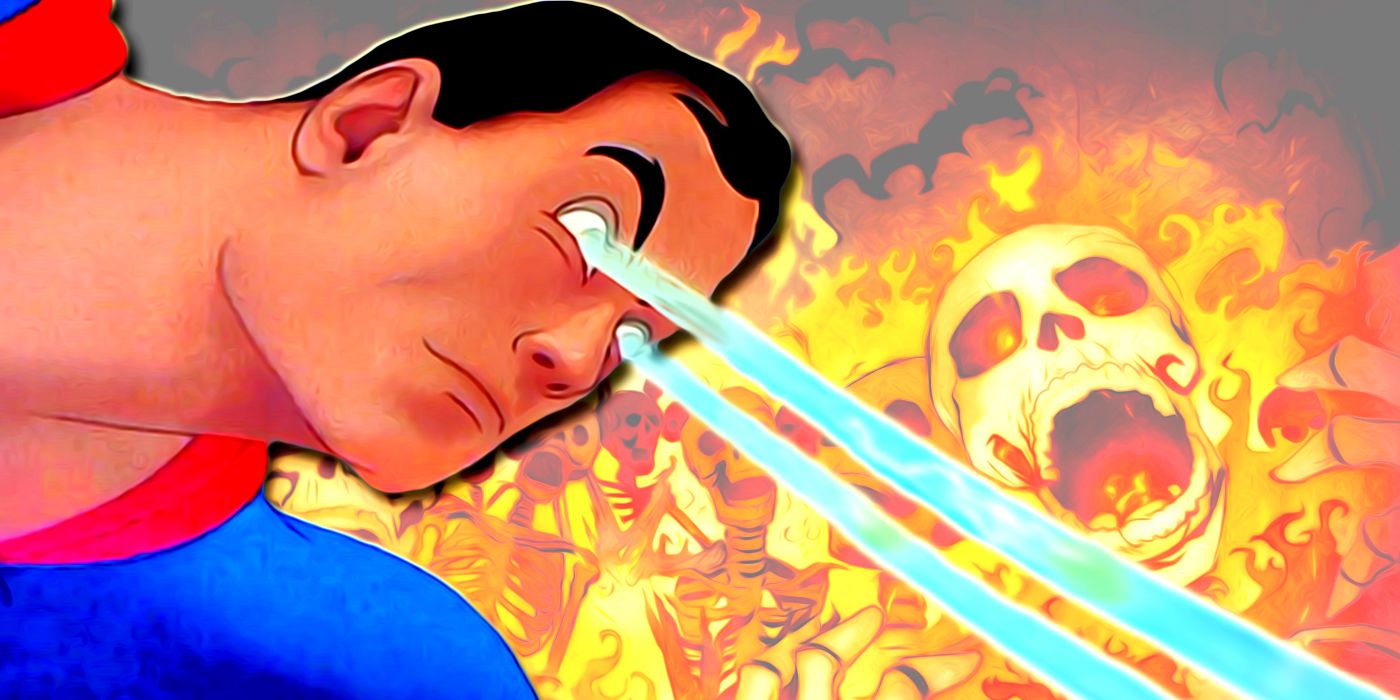 Though now Superman has a fairly tried and true set of powers that rarely change, he’s also had a number of bizarre ones over the years. This was particularly true of the Silver Age, which saw comic creators give the Man of Steel whatever powers he may need to save the day. Even still, none of those odd powers came anywhere close to perhaps the most infamous ability from the Superman movies.

The Superman films starring Christopher Reeve may be the most loved version of the Man of Tomorrow but that doesn’t mean they don’t contain elements that leave fans scratching their heads. In particular, some of the powers unique to the films present more questions than answers. These include a kiss that makes Lois Lane forget Clark Kent’s secret identity in Superman II and kinetic-vision that can mend the Wall of China in Superman IV: The Quest for Peace. The cheesiest power though is the cellophane “S” shield from the final fight of Superman II. 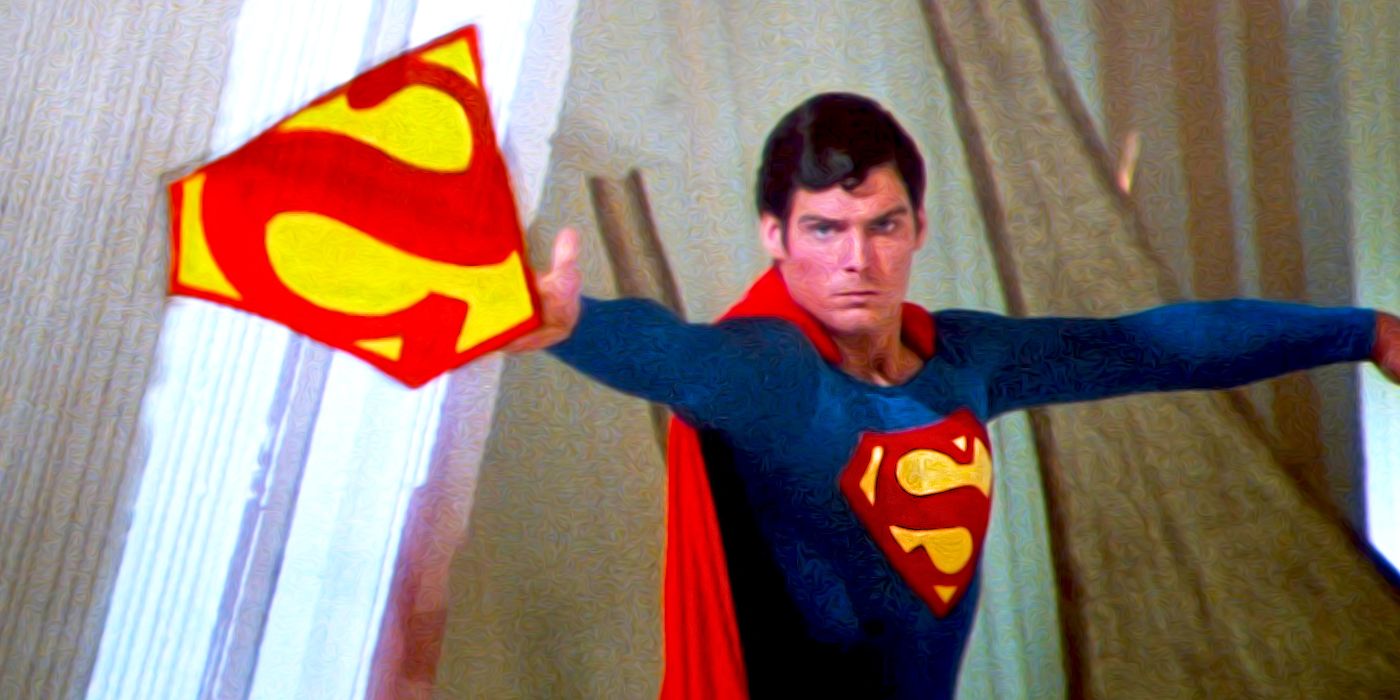 In a final confrontation with Zod and his two followers, Ursa and Non, the Man of Steel pulls out all the stops. As they face off in Superman’s home, the Fortress of Solitude, Non’s first attack is immediately repelled when the hero grabs a cellophane “S” off of the iconic emblem on his chest and throws it at the villain. The strange device grows in size and completely restrains the villain, rendering him bound and helpless before disappearing mere seconds later.

This power is strange on a number of levels. Where did this trap come from? Has it always been part of Superman’s costume? How can it grow in size? And why did it disappear almost immediately? That last question leaves many fans wondering what the point of the attack even was, with Family Guy’s parody of the moment calling it a “minor inconvenience.” This odd attack only featured in director Richard Lester’s cut of the film, with the 2006 Donner version having chosen to remove it altogether.

The shooting script for the film suggests it was one of many Fortress defenses and the other strange powers in the scene support this idea. Superman is able to make hologram duplicates of himself to fight the renegade Kryptonians in that sequence too, something he never does outside of the Fortress of Solitude. The recent comic continuation of the iconic films has another idea about the origins of the cellophane “S” symbol. 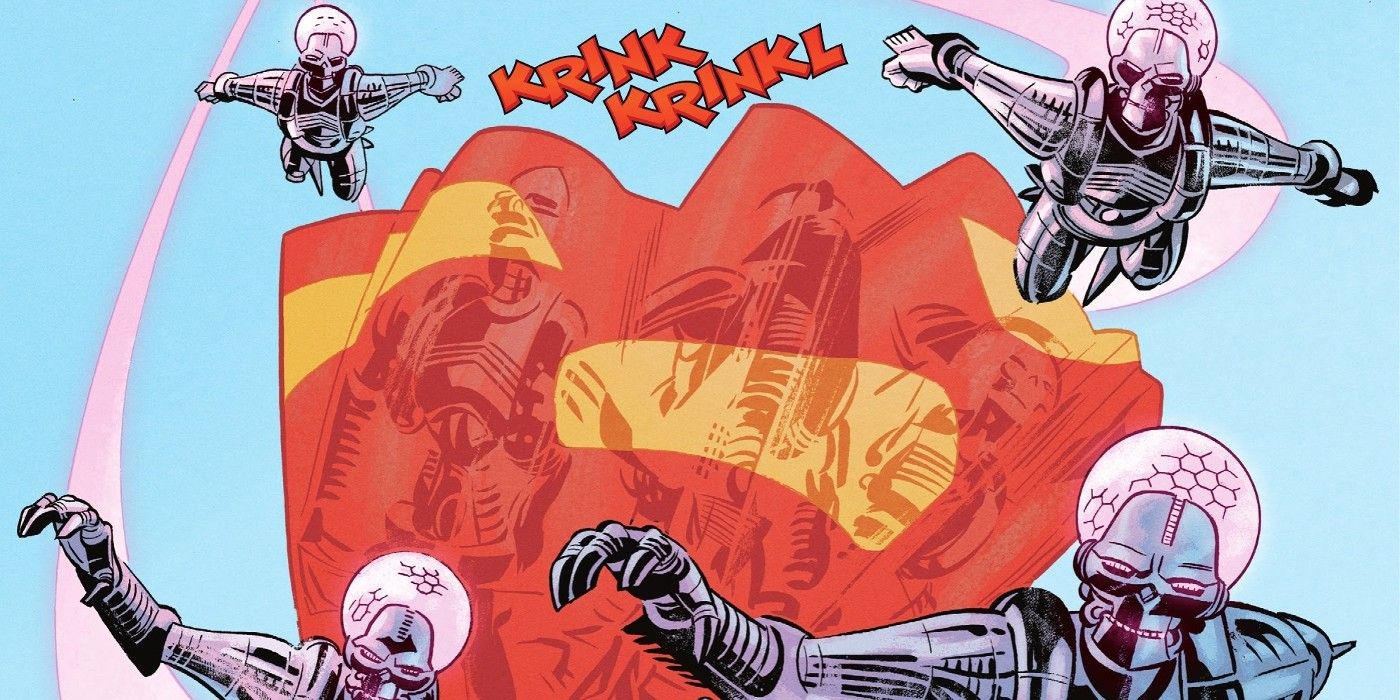 It featured during the Man of Steel’s fight against Brainiac’s drones in Superman ’78 #2 by Robert Venditti, Wilfredo Torres, Jordie Bellaire, and Dave Lanphear of A Larger World. Here it works in much the same way it does in the movie. However, rather than restraining one individual, it’s used to restrain multiple drones and in Metropolis too. Before it fades away as it did with Non, Superman crashes into the group taking them out. This shows the true strength of this often ridiculed power.

The cellophane “S” can contain Kryptonians and mechanical drones alike, rendering them powerless before the Man of Steel. Though he didn’t attack Non in Superman II, he attacks Brainiac’s minions in the comics and takes out a number of the invading forces. There’s very little that can stop Superman but this gives him an advantage against those who can and the fact it’s part of his costume means it can’t easily be taken and used against him either.

It may have started out with the idea of being a Fortress defense mechanism, but now it’s one of his most powerful and most useful abilities wherever he is. Though it has its limits, that doesn’t matter when its user is faster than a speeding bullet. Since it can restrain those with powers equal to Superman, imagine what it could do to Doomsday. It could give him an amazing advantage in such a fight – one that could guarantee victory.

KEEP READING: Superman Has Been Hiding a Huge Secret – With Help from Two Villains

Lost Ark Limits Some Features Only to “Trusted” Players