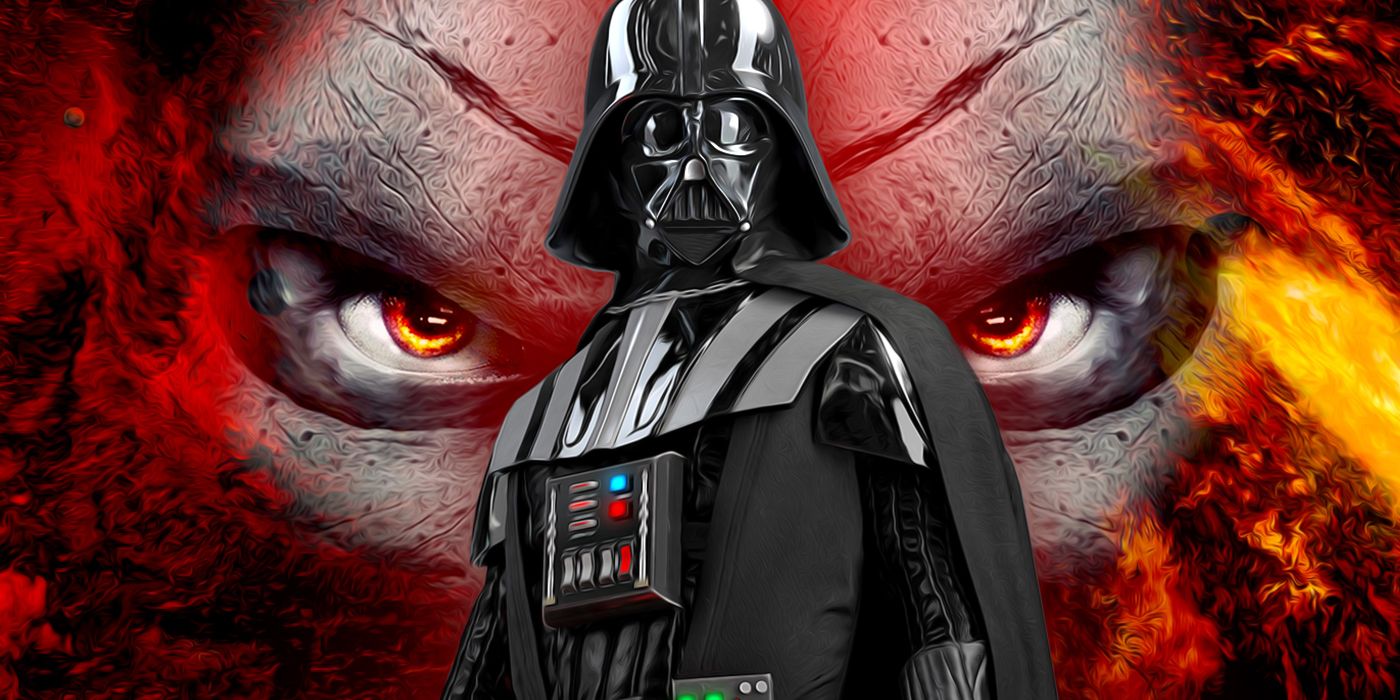 Although Luke Skywalker was the main character for much of the original Star Wars trilogy, he actually wasn’t the person referred to in the title of the film Return of the Jedi. Granted, he did become a one of the fabled warriors just before the movie and was on his way to reestablishing their Order, but the title of the film was in reference to Darth Vader’s redemption and return to the light side of the Force as Anakin Skywalker.

Aside from the revelation that Vader was Luke’s father, the redemption of the Sith Lord was probably the the most unexpected turn of events in Star Wars. Throughout the film, Luke insisted that there was still good in his father, but Vader persistently resisted his son’s calls to the light. This is part of what made his sudden redemption so unexpected. However, a small detail in Marvel’s Darth Vader #18 (by Greg Pak, Leonard Kirk, Alex Sinclair and VC’s Joe Caramagna), might have just proven that the Dark Lord’s redemption actually started well before anyone thought. 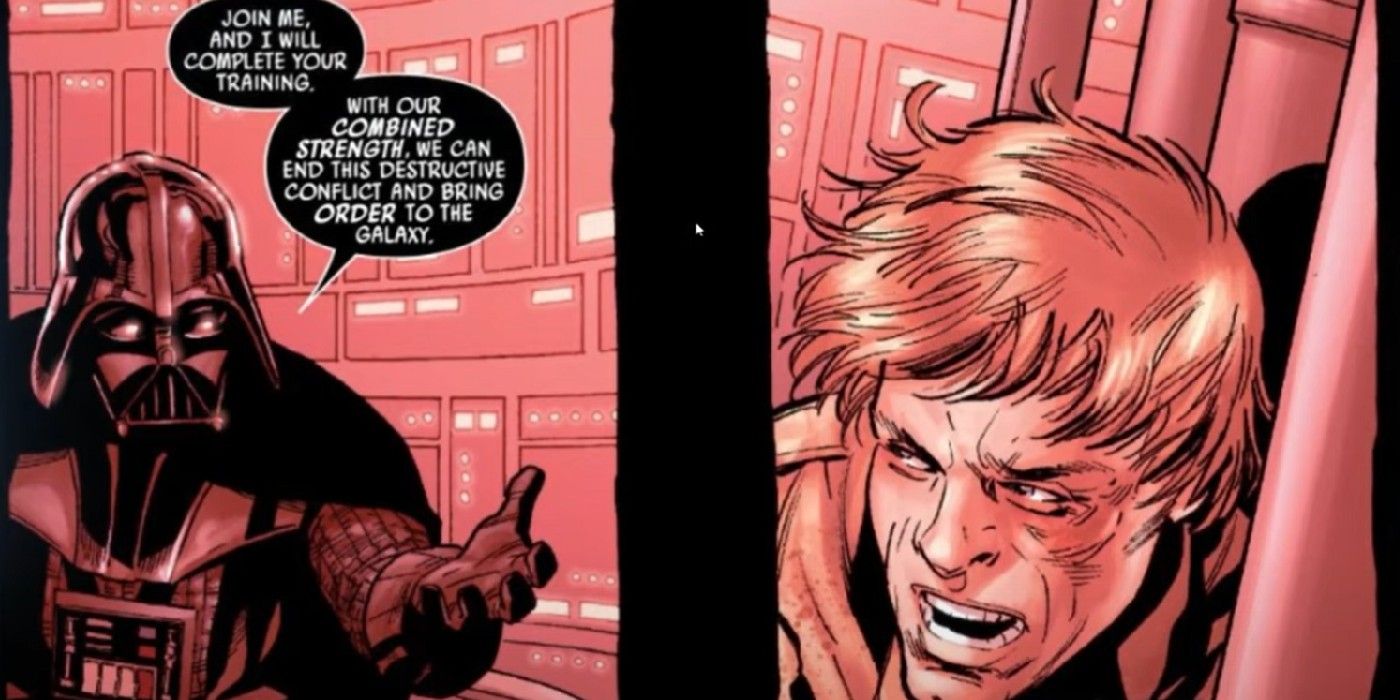 One of the surest ways to understand a Force user’s allegiance is by seeing the color of their eyes. Yellow eyes mean a Sithhas fallen to the power of the Dark Side. A Sith without yellow eyes — Count Dooku for example — had motivations that extended beyond anger. Because of his mask, the only time that Darth Vader’s eyes have been seen was when Ashoka cut it open in the Star Wars Rebels series. At that time, Vader’s eyes were flaming with a yellow fire; however, in Darth Vader #18, the Dark Lord’s eyes were back to normal.

This issue took place chronologically right after The War of the Bounty Hunters, as Vader prepared to hunt down Crimson Dawn’s undercover operatives. Before he did that, he reminisced about his fight with Luke in Cloud City. He remembered offering Luke a place beside him to help bring order to the galaxy, (which was slightly different from how he asked his son to help him overthrow the Emperor in the films).

RELATED: Only One Jedi Is More Powerful Than Darth Vader – How Did He Get So Strong? 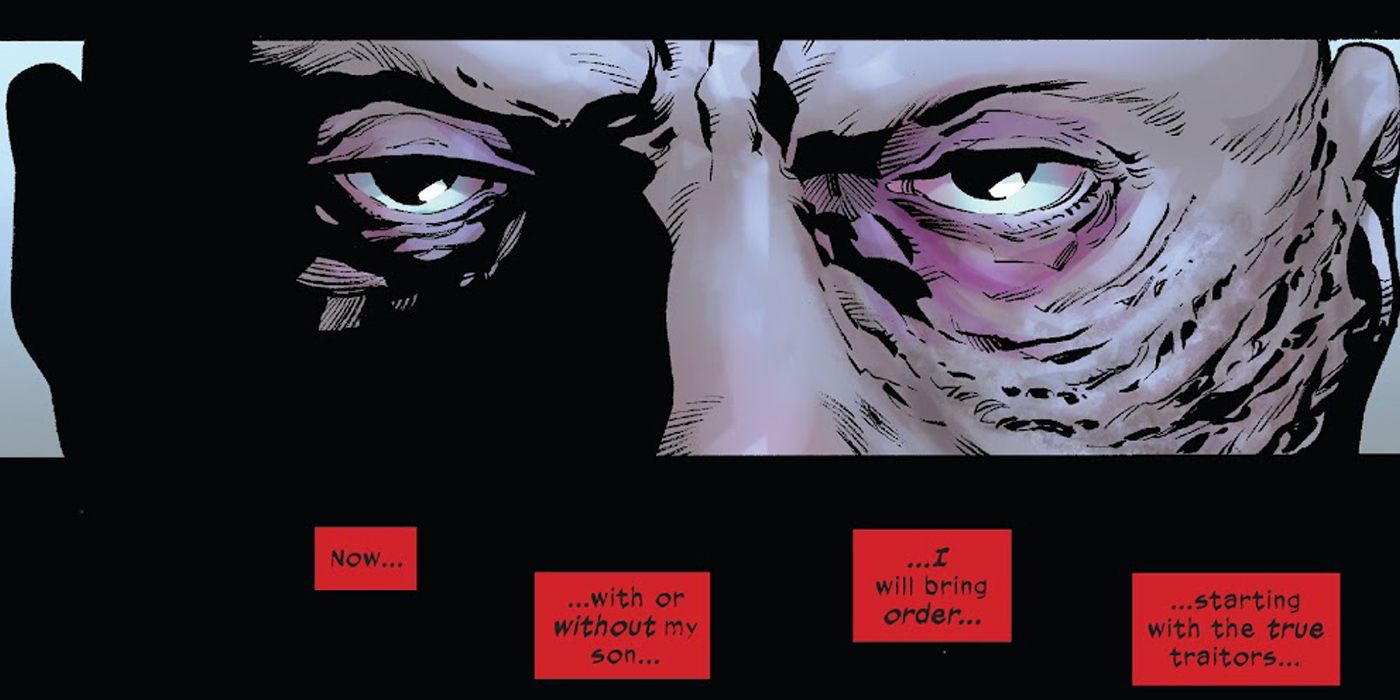 The most probable reason for Vader remembering things differently was because of his recent disdain for the his master. The rest of the sequence showed the Sith Lord showing his greatest desire: order. Then, in a panel without his helmet, Vader promised to bring that order to the galaxy, despite the chaos that Palpatine had caused since becoming Emperor. Interestingly, Vader’s eyes at this time appeared normal, indicating that the motivation behind his desire was pure.

Of course, Vader’s eyes being a normal color doesn’t mean that he’s no longer Sith. But it does appear that he has secretly renounced some of his darkness and is more focused on finding order. He’s definitely not good, but it’s possible that after seeing Luke some of his hatred subsided. All of this indicates that Vader’s redemption started much earlier than thought, right after he faced his son in Cloud City.