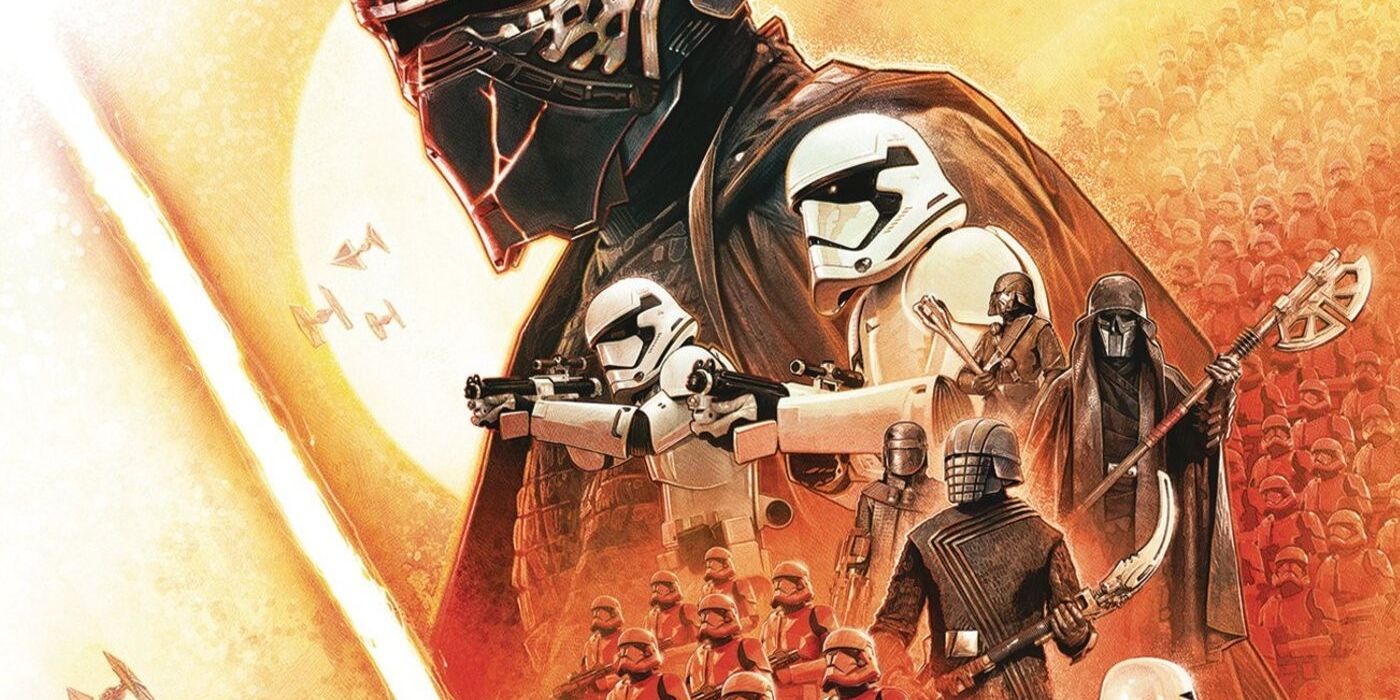 One of the best parts about Star Wars is the franchise’s visuals. Concept art and character designs have always been a huge part of the galaxy far, far away. In fact, some character designs led to the creation of other characters. For example, Super Commando designs became Boba Fett, and scrapped Kylo Ren designs became the Knights of Ren. Unfortunately, though, some of those characters, while visually dynamic, don’t initially receive the attention they merit.

Unfortunately for them, Star Wars: Crimson Reign (by Charles Soule, Guru-eFX, Steven Cummings and VC’s Travis Lanham) doesn’t paint the Dark Side group in the most flattering light. 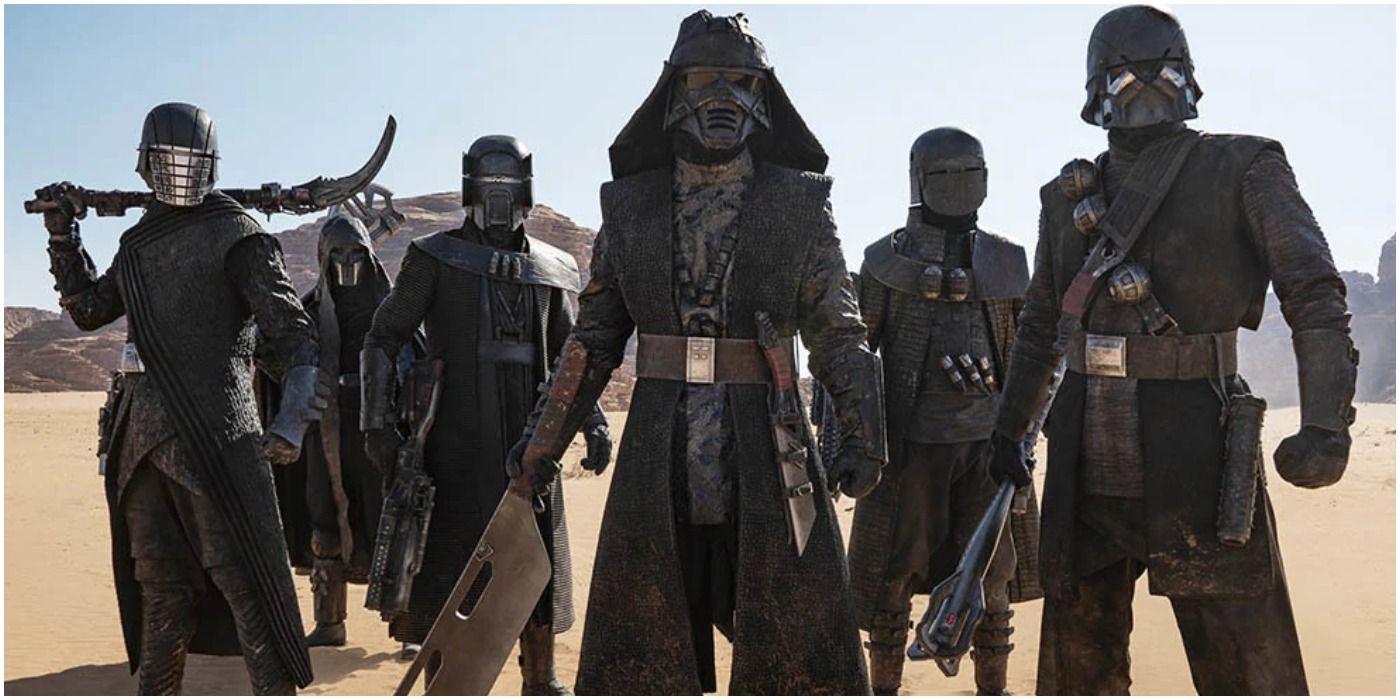 In the sequel trilogy, the Knights of Ren served Snoke and then Kylo Ren, until Darth Sidious proved himself to be their true master in The Rise of Skywalker. At that time, they made the unfortunate and foolhardy choice of challenging Ben Solo, who quickly terminated them with his grandfather’s blue lightsaber. That, however, might not have been the worst decision the group ever made.

Before they served Sidious, the Knights of Ren were part of a plot to overthrow him. That’s the story the Crimson Reign comic is in the midst of telling. Hot on the heels of the War of the Bounty Hunters and reintroducing her crime syndicate to the underworld, Crimson Dawn Boss Qi’ra was now trying her hand at intrigue on a galactic scale. She covertly started a war between the major syndicates by sending the Orphans and her most trusted advisors to cause havoc among them.

RELATED: LEGO Star Wars Made the Knights of Ren Far Scarier Than the Movies Ever Did 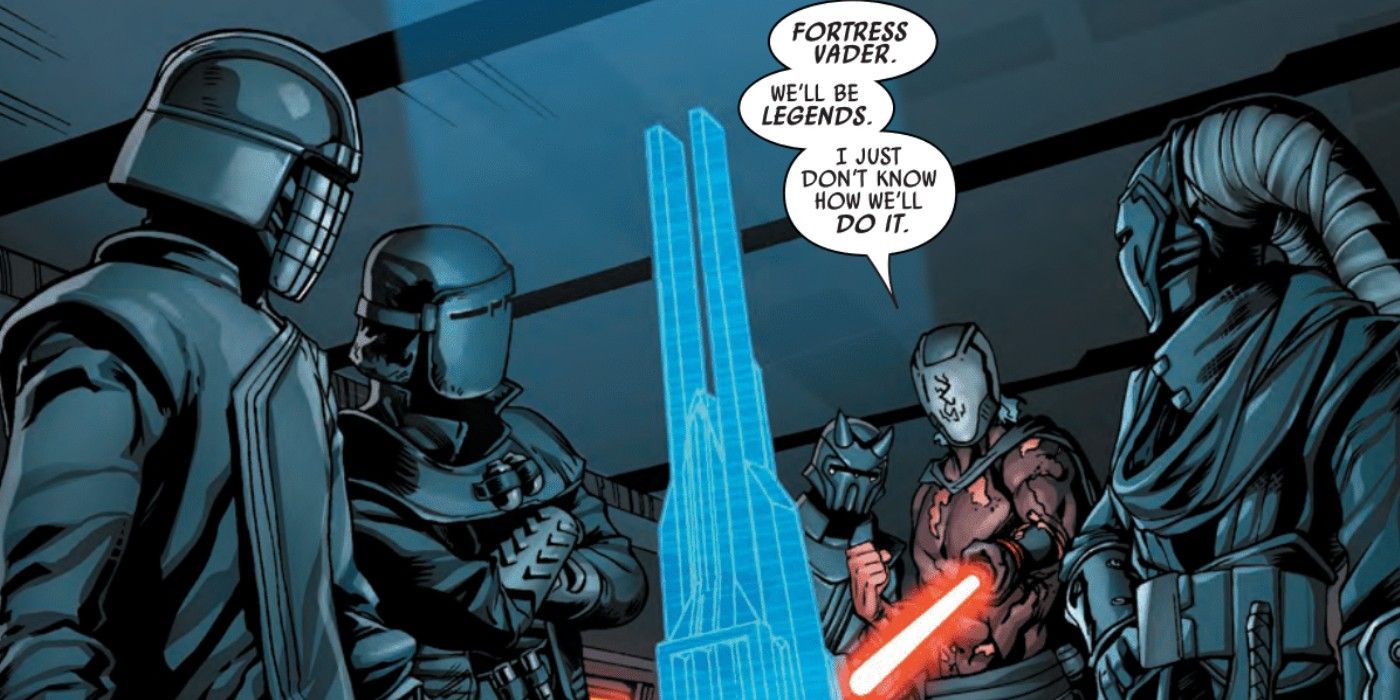 At the same time, she sent Deathstick and Ochi of Bestoon on assassination missions to possibly kill Palpatine himself. Meanwhile, she had another undercover operation for the Knights of Ren, and it seemed like a really bad idea. She wanted the group to infiltrate Vader’s Castle and steal something. She provided them with access codes and maps, which impressed Ren, but he still didn’t know how he and his marauders would pull off the feat. Nevertheless, he was confident that they would succeed.

Exactly what happens when they infiltrate Vader’s Castle will be told later in the series, but the fact that the Knights of Ren were willing to possibly challenge a Sith Lord on his home turf said a lot about their personalities. As the comic’s narrator said about them, “Brutish and terrible, [they were] perhaps the only ones sufficiently proud, strong and foolish to directly defy the Sith.” Maybe they will succeed in this individual mission, and maybe they won’t. Either way, the Knights of Ren serve Sidious during  the sequel trilogy, so he will have to put them in their place at some point in the near future.

An Unlikely Mutant Walked Off a Fatal MCU Situation | CBR