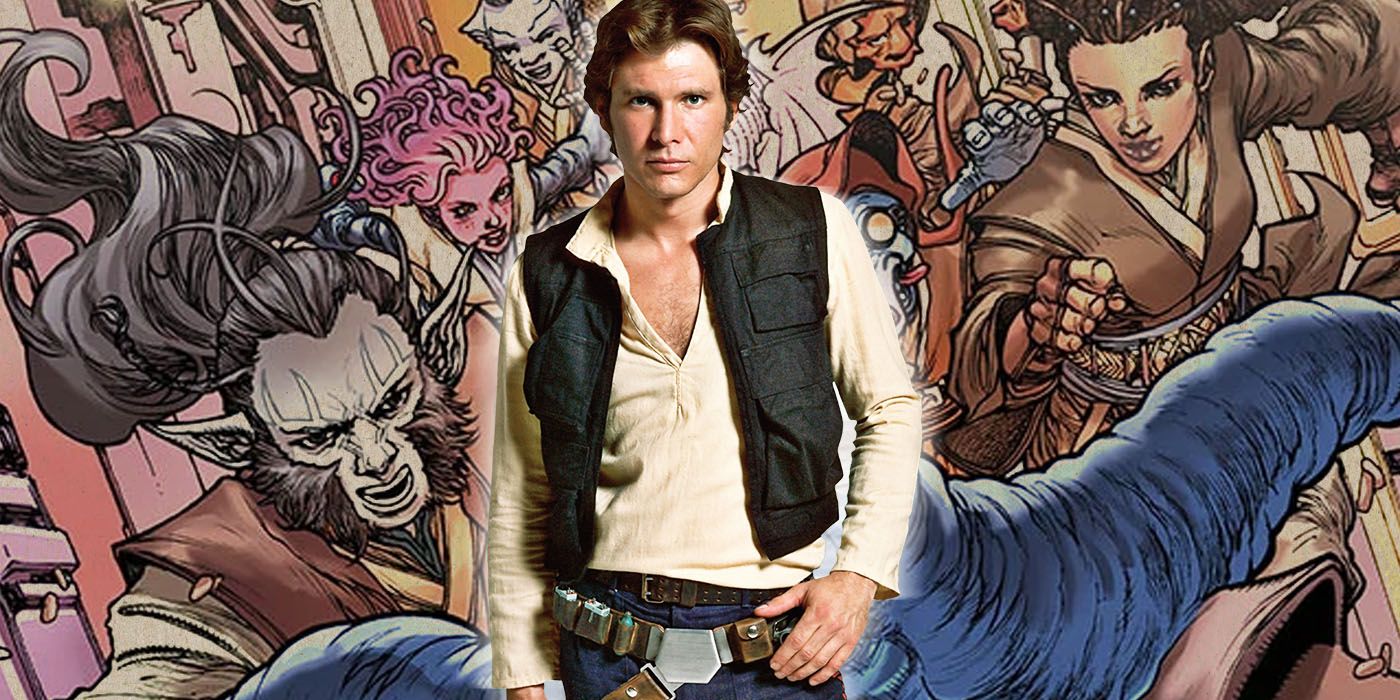 While Corellia is mainly known to most Star Wars fans as the birthplace of Han Solo, the planet may have held even greater importance during the High Republic era. As a core world, Corellia is close to the Republic’s seat of power. However, while most of the core worlds have been depicted as more peaceful than the galaxy’s Outer Rim throughout the High Republic subseries, Corellia itself is far more connected to the criminal underworld. Due to its location and its ties to crime, Corellia could represent a strategic victory against the Republic if the Nihil successfully convince the politicians on the planet to take their side.

In the Skywalker saga era, Han Solo’s homeworld has a large stratification between the rich and the poor. As shown in Solo: A Star Wars Story, orphans like Han are subject to the whims of various crime syndicates, and children often must become criminals themselves in order to survive. In the Star Wars: War of the Bounty Hunters crossover event and Star Wars: Crimson Reign, Qi’ra in particular is a rising power in the criminal underworld through her role in Crimson Dawn, Darth Maul’s crime syndicate. Her life of crime is directly influenced by her childhood on Corellia under Lady Proxima’s control in the White Worm gang. 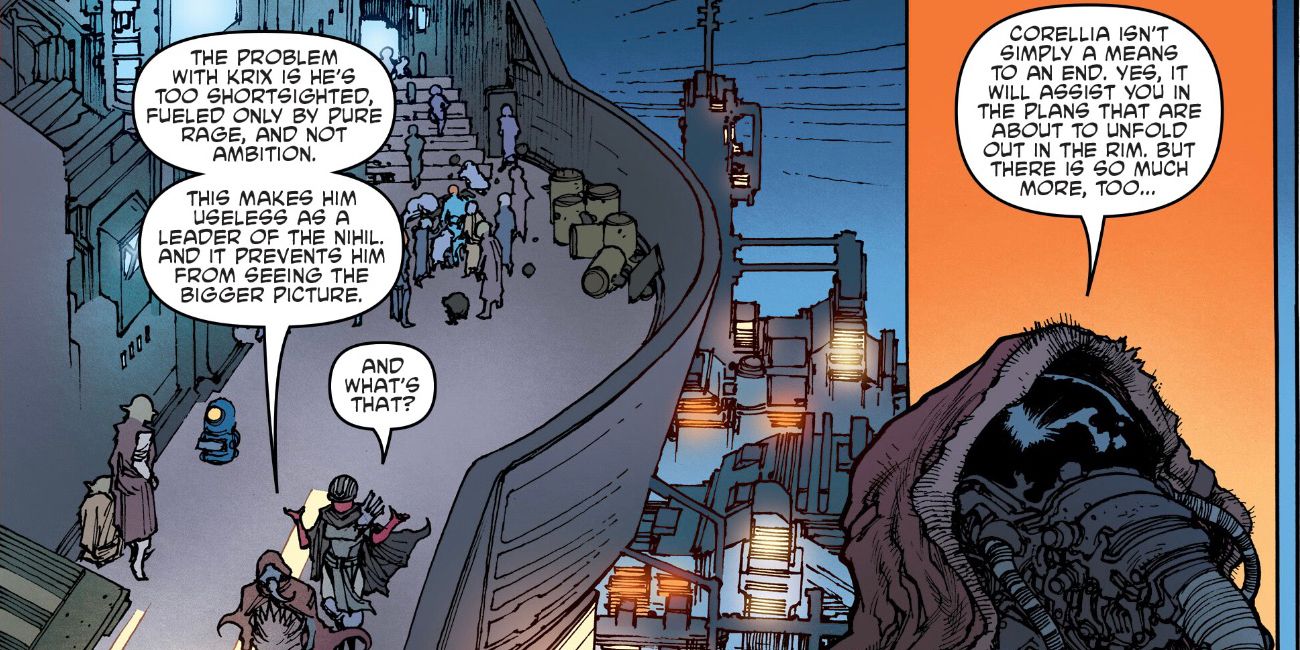 Corellia’s role in the criminal underworld stems from its past throughout the ages, as shown in Star Wars: The High Republic Adventures #11 (by Daniel José Older, Harvey Tolibao, Rebecca Nalty, Jake M. Wood, Riley Farmer, and Heather Antos). In the issue, Nihil soldiers Krix Kamerat, Sabata Krill, and Respriler plot to use Corellian politics to further the Nihil’s agenda. While Krix only sees the small picture, when Respriler and Sabata discuss Corellia’s role in the Nihil’s plans without him, Respriler argues that Corellia’s position as a core world makes it a strong player in the Republic’s politics. Respriler also points out that the complicated or corrupt politics of the planet make it one of the easiest to turn to the Nihil’s side. According to Respriler, if the Nihil are able to influence Corellia’s government to their side, they could weaken the Republic even further.

Respriler’s assessment is not unbiased. He is the main Nihil agent on Corellia and has connections to the government. If the Nihil goes with his plans for Corellia, Respriler will rise in power, both in the Nihil hierarchy and on Corellia itself. He also plots with Sabata against Krix to further cement their own promotions within the Nihil. Both he and Sabata position themselves as experts of manipulation of the people of Corellia, the Jedi, and their own comrades. Sabata in particular proclaims that she knows exactly how to manipulate the Jedi into getting rid of Krix for her, and Respriler presents his hypotheses for Corellia as fact. Whether they are correct in their assessments or just grandstanding is yet to be determined. 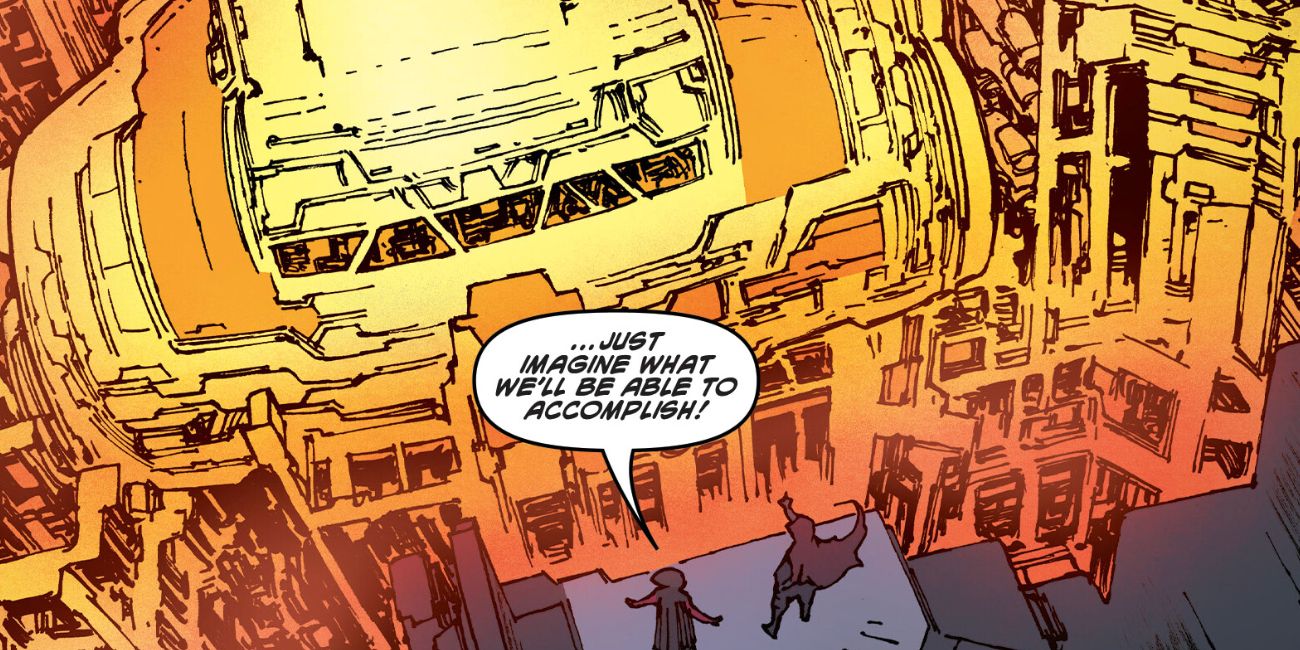 Still, Corellia’s impending role in the High Republic subseries shows that the planet’s darker underbelly has been in place since long before the Skywalker saga and Han Solo’s birth. Corellia’s geographic position also makes it a key strategic location throughout the eras, especially because the planet is so close to Coruscant and the seat of the Republic government. If the Nihil are successful in winning over Corellia, they may spread their power into the core worlds and the heart of the Republic government itself.

KEEP READING: Darth Vader Would Have Made a Lousy Sith Master