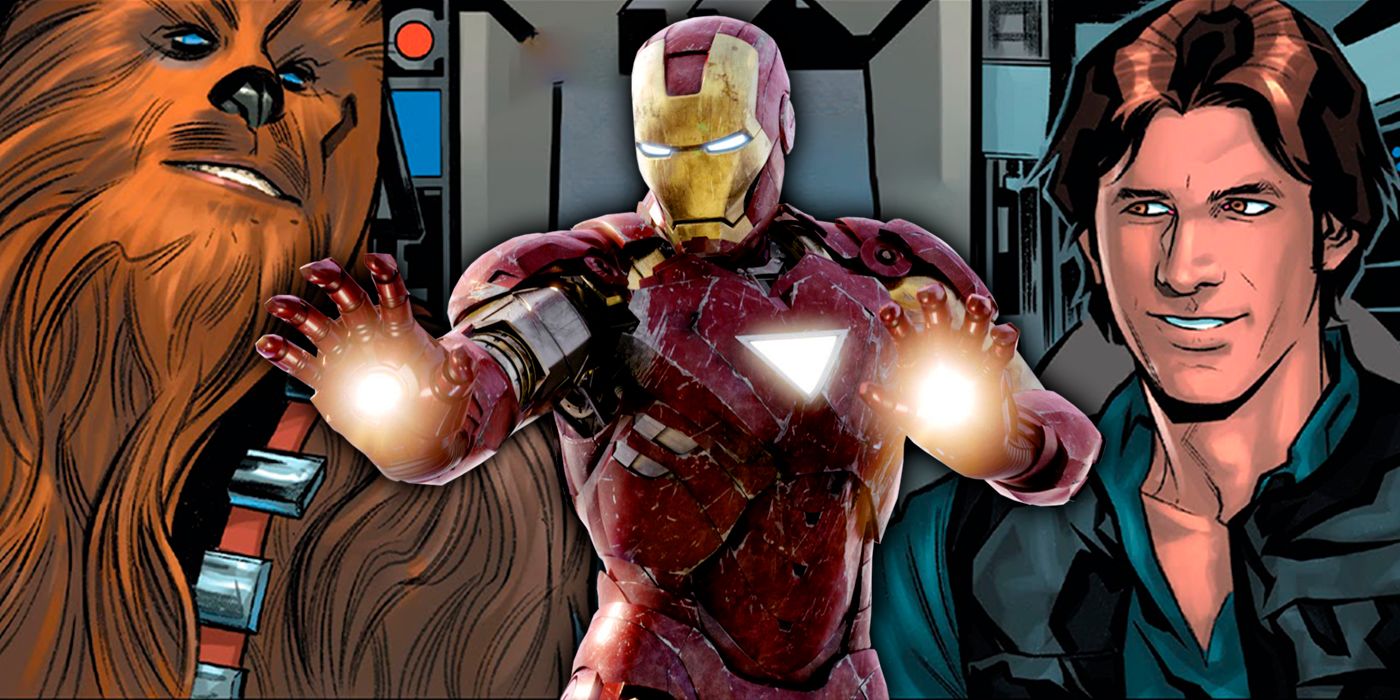 Ever since A New Hope, lightsabers have been the most recognizable part of the Star Wars franchise, and nearly every project involving the galaxy far, far away has added some kind of spin to the iconic weapon. In addition to lightsabers, though, A New Hope also introduced a pattern of masks into the Star Wars franchise. To this day, Darth Vader is one of the most recognizable villains in cinema, and a big part of that was his black, faceless mask.

Han Solo and Chewbacca #1 (by Marc Guggenheim, David Messina, Alex Sinclair, VC’s Joe Caramagna and Alex Maleev) didn’t show any lightsabers, but the series opener did add to the ever-growing ranks of masks in Star Wars by introducing a character that looked a lot like Iron Man. So, here are some of the most iconic masks in Star Wars and how this new one stacks up against the classics. 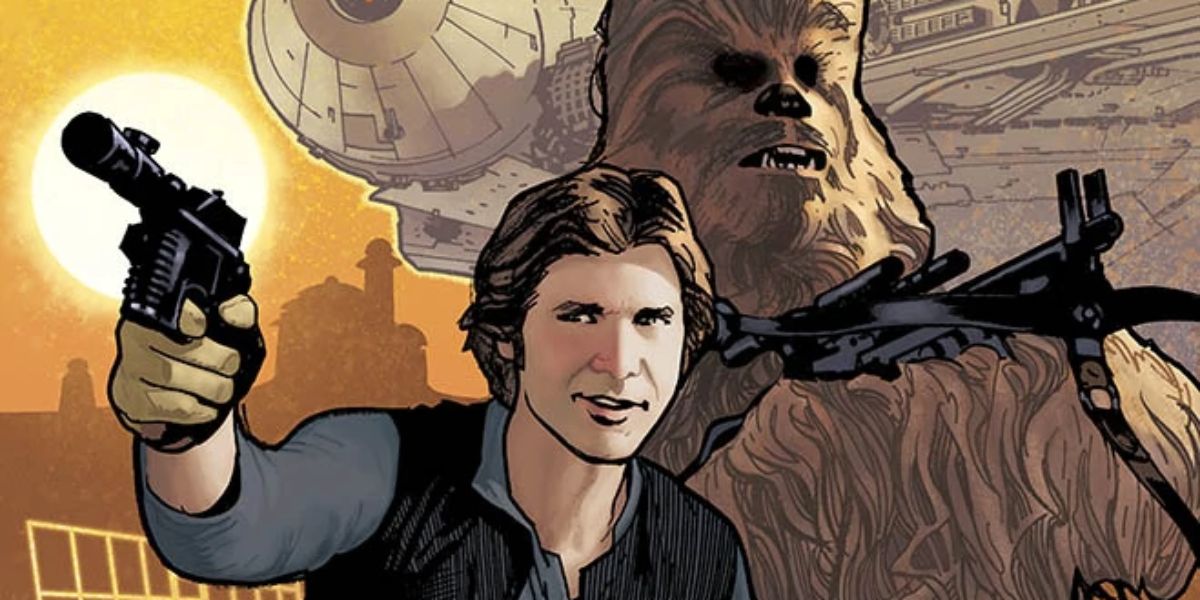 Besides Vader, Stormtrooper helmets might be the most recognizable to casual viewers. To diehard fans, though, Stormtrooper helmets are far from the most popular. While Vader might be at the top of the list, Boba Fett’s helmet — and really anything to do with Mandalorian helmets — is right up there with the best. However, fans of Star Wars Legends might cite Darth Nihilus’ mask as the coolest face-covering in the franchise.

Masks in Star Wars have all kinds of outlandish, awesome designs, but many of them provide specific benefits to their wearers. Vader’s mask kept him alive; Boba’s mask offered tactical advantages, and Darth Nihilus’ mask contained his very essence. While there are not a whole lot of details about the functionality of the new Iron Man-esque mask in Han Solo and Chewbacca #1, it looks pretty freaking cool. 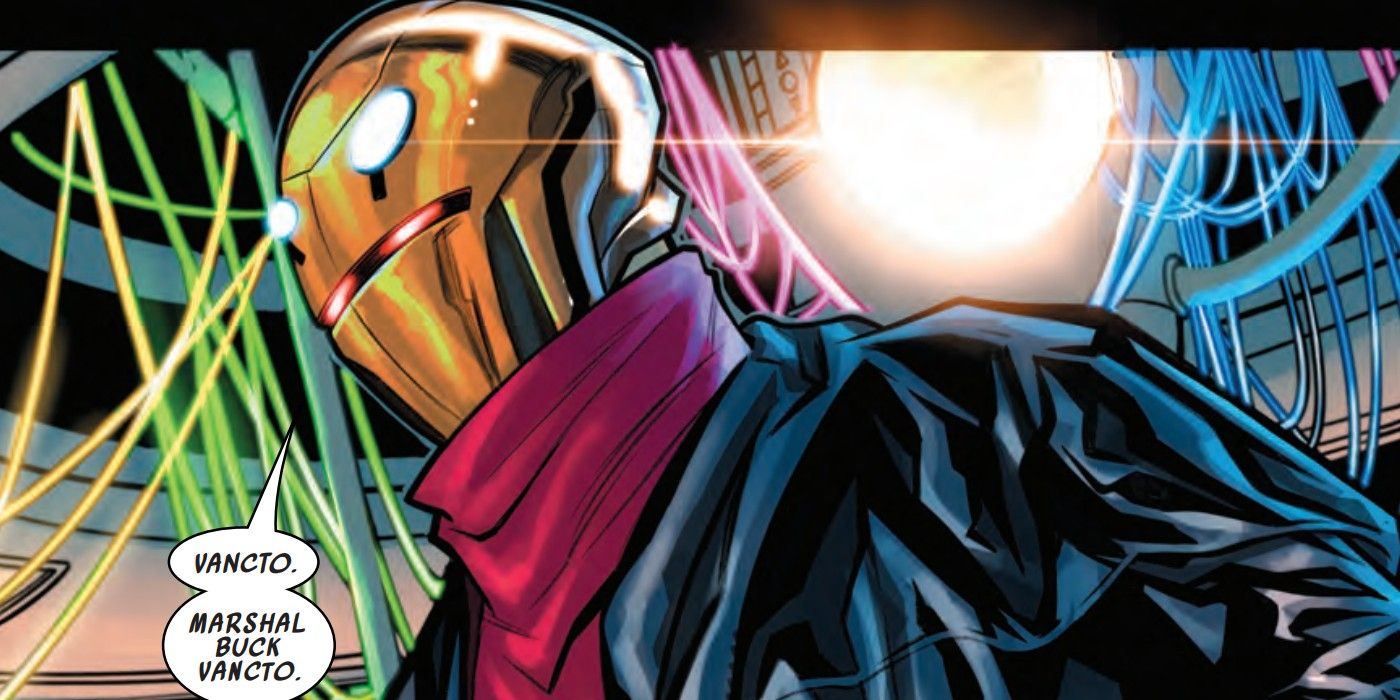 As the galaxy’s most inseparable duo, it made sense when Disney announced that Han and Chewbacca were getting their very own comic. The series is set after Solo: A Star Wars story and before the original trilogy. During that time, the two of them were making a living as some of Jabba the Hutt’s best smugglers. Issue #1 showed them wrapping up a job on Galator III before being given a new mission by Jabba. The Hutt Crime Lord wanted Solo, Chewie and Greedo to steel the ashes of one of his biggest rivals.

Because they didn’t like Greedo, Han and Chewie reluctantly agreed and traveled to Corellia. There, they started their operation, and Han might have discovered his long-lost father. However, there was a problem, and it was named Buck Vancto. The helmeted new figure was a member of the Benelex Marshal Service. Essentially, he was a hired lawman, who was hunting down Solo after his job back on Galator III. While Vancto didn’t meet Solo in this issue, he will surely be a formidable antagonist. If nothing else, he looks like a true menace with his black trench coat and golden Iron-Man-like mask.

Netflix’s Squid Game to Play in Theaters in LA & NY