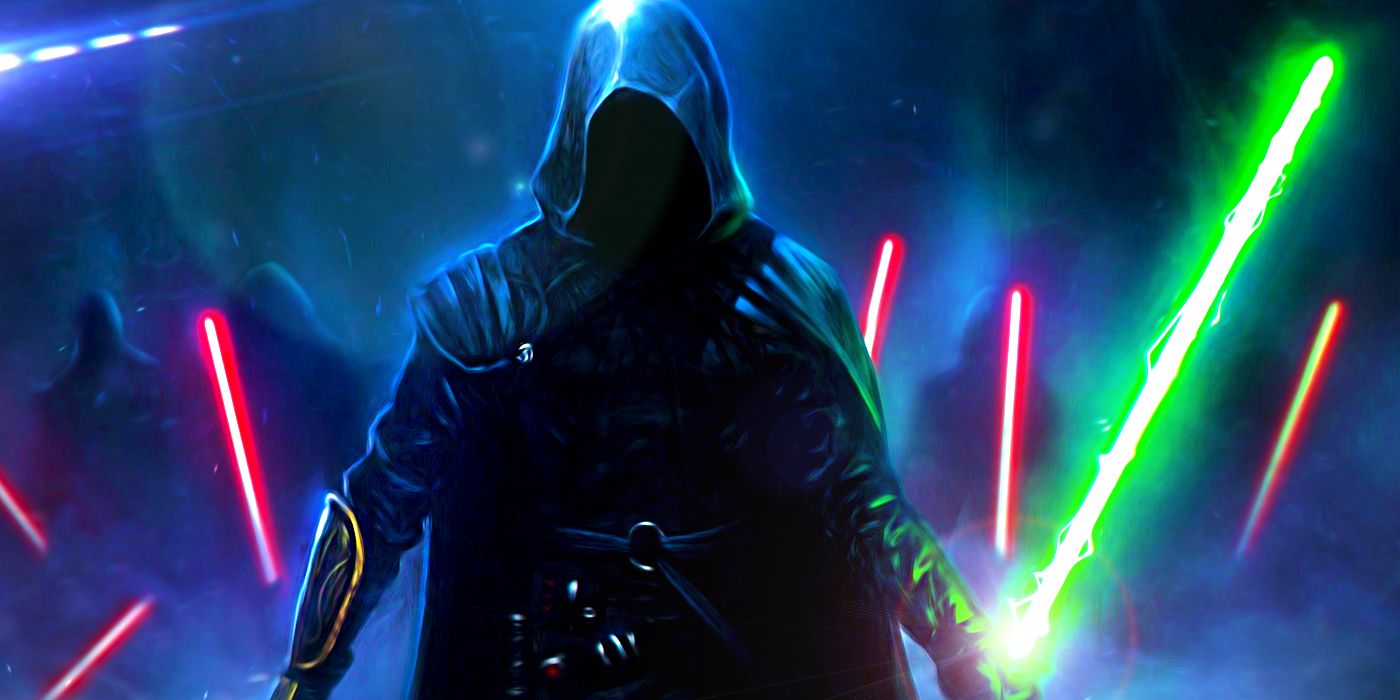 In the Star Wars: The High Republic Adventures: Monster at Temple Peak miniseries, Ty Yorrick’s flashbacks to the end of her time as a Padawan have been interwoven into the narrative. The final issue reveals the true reason why Ty left the Jedi order. After her friend Klias Teradine accidentally unlocked and absorbed the memories of a member of the Yallow Fellowship, a dark side cult, he lashed out in terror, and Ty accidentally killed him in self-defense. Klias’ death still haunts Ty, but she may eventually be able to use her experience in the Yallow Temple to help uncover the origin of the Nihil’s deadliest Jedi killer: the Great Leveler.

The Great Leveler is a dark side creature that feeds on fear, as seen in Cavan Scott’s Star Wars: The High Republic: The Rising Storm. While the full origins of the creature are unknown, the Jedi possibly have encountered it in the past, especially because an old Jedi nursery rhyme seems to describe the Great Leveler in Star Wars: The High Republic: Trail of Shadows #1 by Daniel José Older, David Wachter, Giada Marchisio, and VC’s Joe Sabino. Therefore, the Jedi might have more information on the Great Leveler than they currently realize within their archives.

RELATED: Star Wars Sends Another Jedi Master Toward the Dark Side 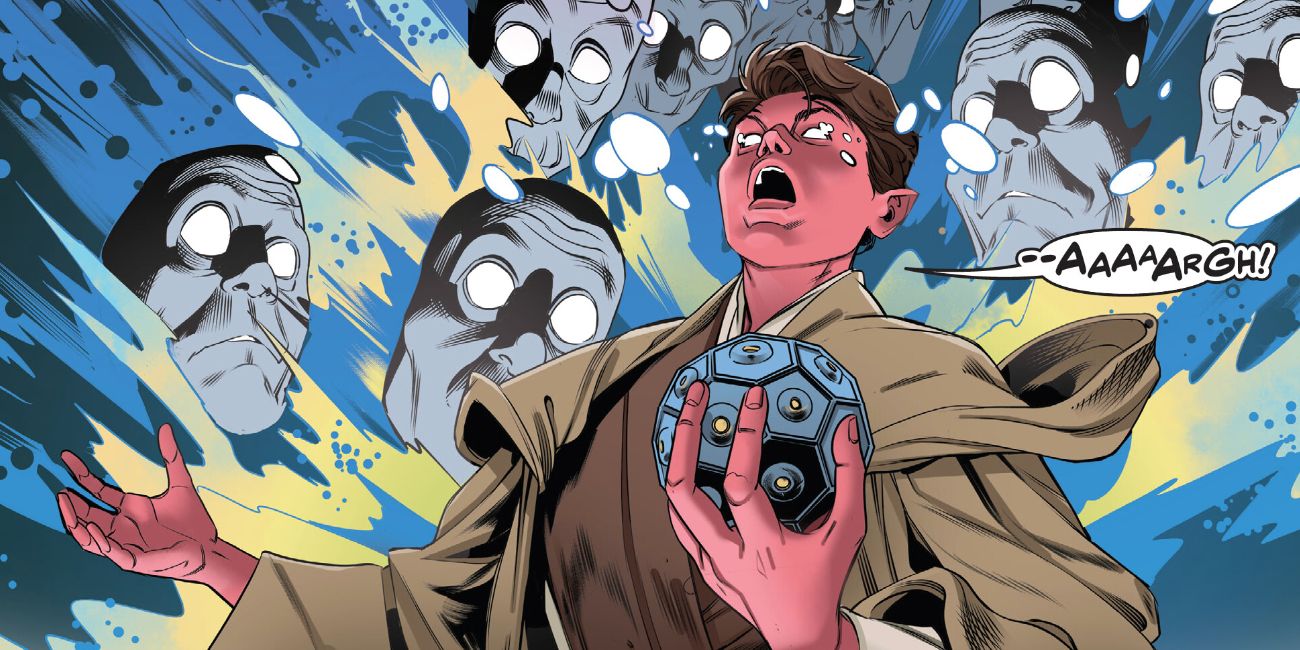 When entering the shrine, Ty repeats the mantra “‘There is no fear, only certainty” in Star Wars: The High Republic Adventures: The Monster at Temple Peak #3 by Cavan Scott, Rachael Stott, Vita Efremova, Nicola Righi, Johanna Nattalie, Riley Farmer, and Heather Antos. This repetition shows that Ty is actually afraid as if the shrine itself is enveloped by an aura of fear. While Klias starts out their exploration cocky, his demeanor quickly changes to terror when he accidentally activates the vitalicron and absorbs a Yallow cultist’s memories.

Fear might be a common factor in most dark side groups; however, this particular emphasis on fear might connect the Yallow fellowship with the Great Leveler. Rachael Stott illustrates Klias’ absorption of the memories as disembodied faces surrounding Klias, making it hard for him to distinguish the world around him, and terrified, he begs Ty to run as the memories plague his mind.  When Klias absorbs the memories, the fear they inspire is his undoing in Star Wars: The High Republic Adventures: The Monster at Temple Peak #4 by Cavan Scott, Rachael Stott, Vita Efremova, Nicola Righi, Johanna Nattalie, Riley Farmer and Heather Antos.

He lashes out at Ty, both physically and verbally, berating her for not stopping him from exploring, but it is clear that he is still overwhelmed by the memories. Most importantly, Klias tells Ty that “it’s in my head! I can hear its voice!” If he was talking about a Yallow cultist or their memories, Klias probably would have used a different pronoun here. Instead, the vitalicron might have connected him with the Great Leveler instead. 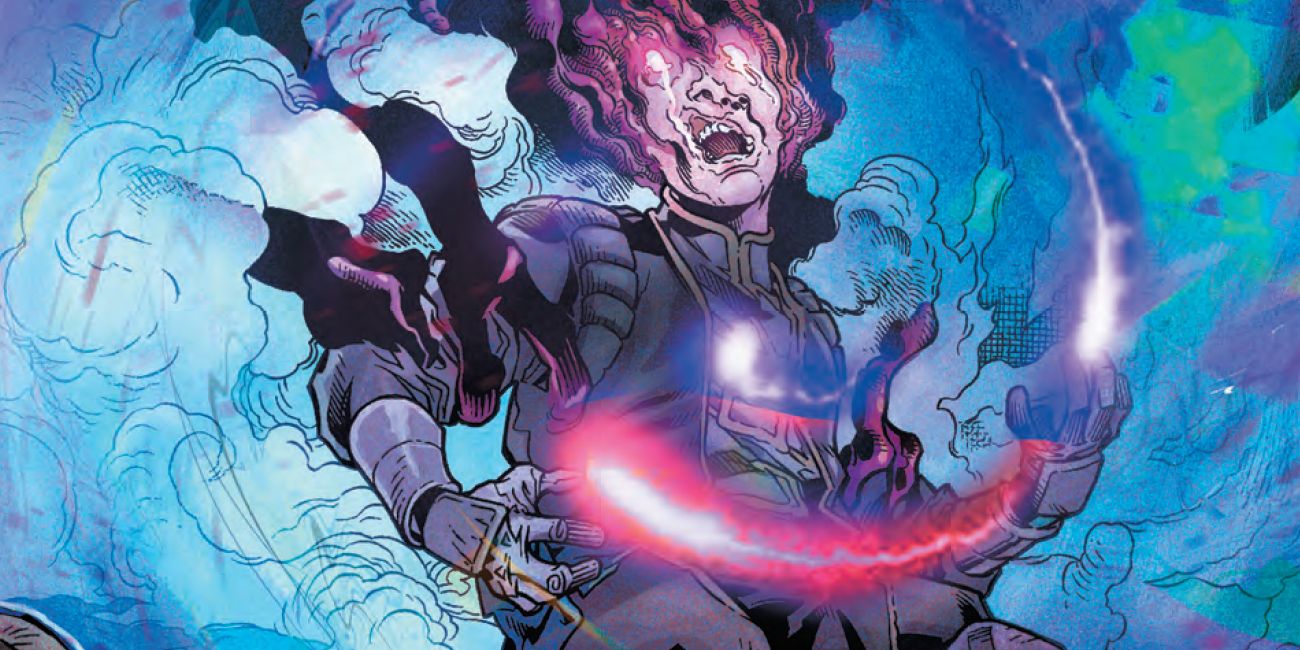 KEEP READING: How Star Wars: The Old Republic – Legacy of the Sith Begins The Next Decade of Content