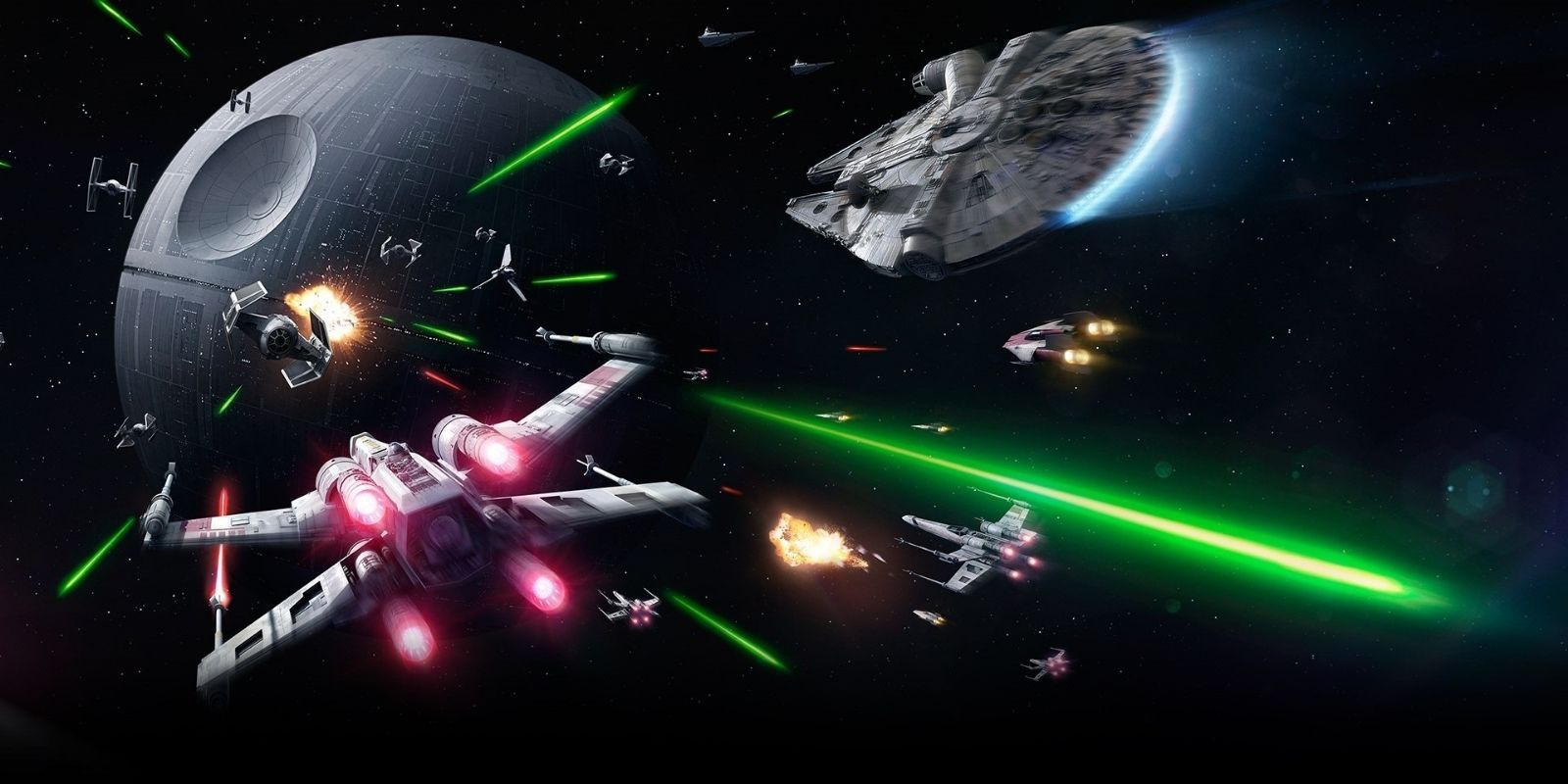 Ever since Obi-Wan’s “That’s no moon” quote, in A New Hope, the Death Star has been an iconic part of Star Wars. In fact, it’s probably the most recognizable piece of spacecraft in the franchise. Luckily, thanks to Luke Skywalker’s heroics, the superweapon’s reign of terror was short-lived. However, its destruction caused a whole new set of new problems for the exciting and important venture that was the Rebel Alliance, and Star Wars #21 (by Charles Soule, Marco Castiello, Ramon Rosanas, Rachelle Rosenberg, and VC’s Clayton Cowles) added a new level of creepy those problems.

Over the past few months, Star Wars comics have been focused on the War of the Bounty Hunters crossover and, more recently, the beginning of the Crimson Reign series. That meant that the storylines from early in the Star Wars (2020) series were set aside for a time. Now, in issue #21, fans got to see the continuation of what was left in the wake of the Death Star.

RELATED: The Mandalorian’s First Season Gets a Marvel Adaptation 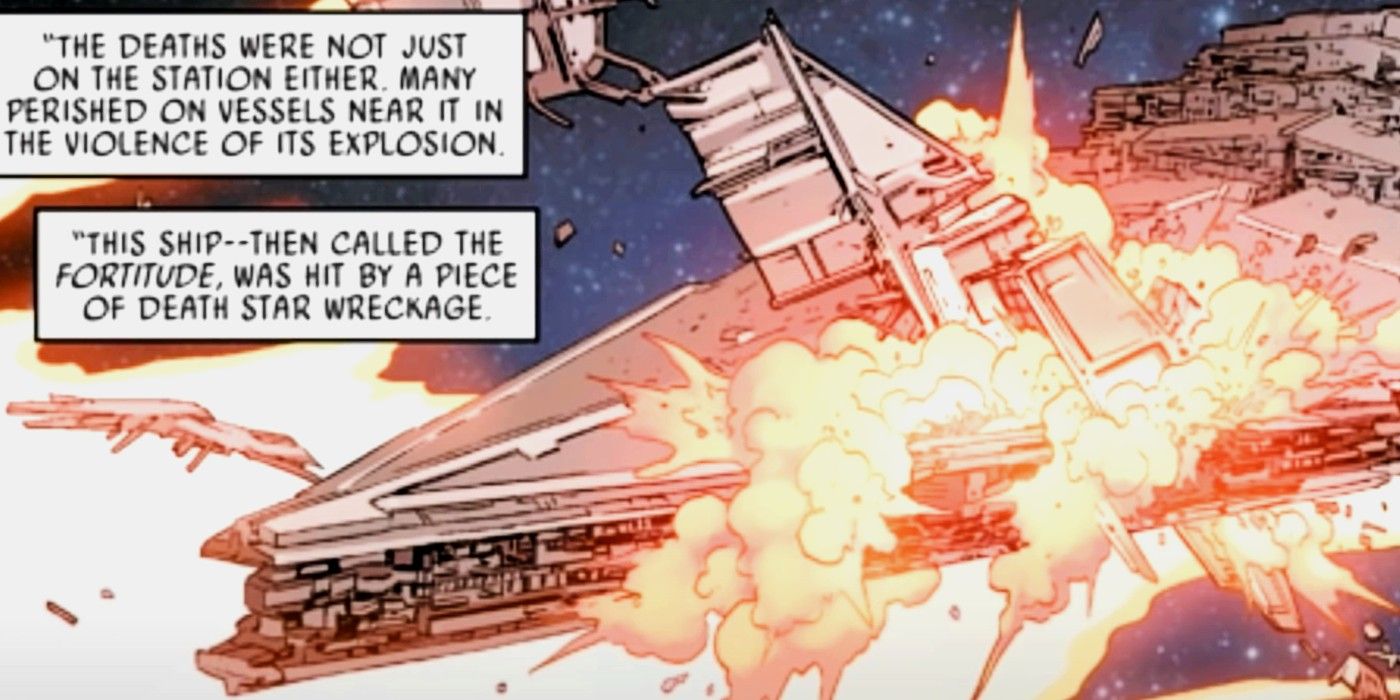 Issues # 9-12 in the Star Wars (2020) series were subtitled “Operation Starlight.” That subseries’ protagonist was the leader of Starlight Squadron (and Poe Dameron’s mother) Shara Bey. During a mission gone wrong, she found herself stranded onboard an Imperial Star Destroyer, and she had been living undercover for a while. Exactly how long she’s been there is difficult to determine, but the story break has made it seem like Shara’s been there forever.

It’s also important to note that Shara wasn’t trapped on just any Star Destroyer. She was stranded on the notorious Tarkin’s Will. The ship was severely damaged in the Death Star explosion and scheduled to be scrapped. However, Imperial Commander Ellian Zahra, who was tasked with tracking down the rebels after they escaped from Hoth, decided to acquire the ship and make it her rebel-hunting flagship.

RELATED: Star Wars Sows the Seeds of One Villain’s Downfall 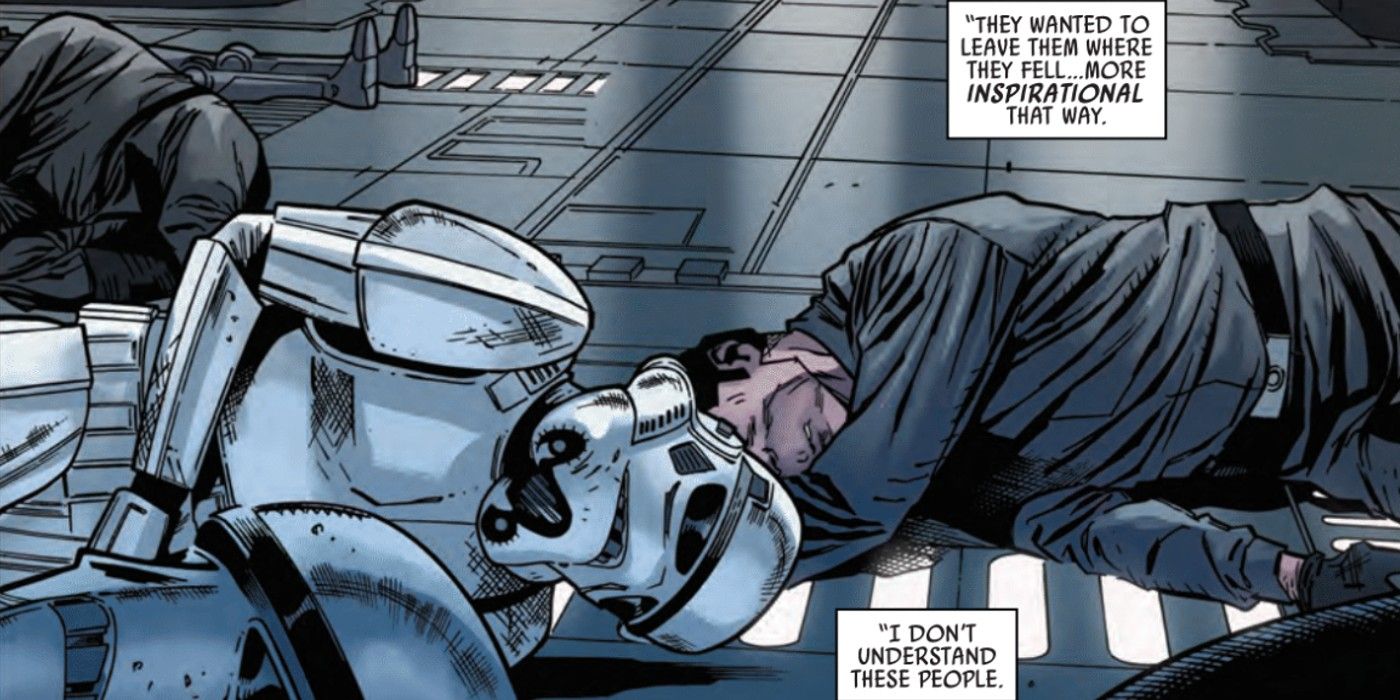 Commander Zahra didn’t fix the damage, though. She left the front of the ship scarred and damaged as a way to intimidate the rebels that she was hunting. On top of that, she assembled her crew from a very specific group of zealots. Every one of her crew members lost someone on the Death Star. So, while the destruction of the Death Star was a success for the Rebel Alliance, it also created Zahra and her monstrous crew.

If all of that wasn’t bad enough. Star Wars #21 picked up with Shara Bey undercover and added a horrifyingly creepy caveat to the Tarkin’s Will: Zara didn’t remove any of the bodies from the damaged parts of the ship. Shara said, “I don’t understand these people” when she saw the bodies, and she’s right. There was an atmosphere in the damaged part of the ship because Shara could breathe without a helmet, and that meant rot, decay, and stench. She even mentioned the foul shell that she had been living in. Zahra’s creepy act allowed Shara to survive because she used the food and supplies that were on the bodies, but the whole situation was pretty outlandish even for Star Wars.