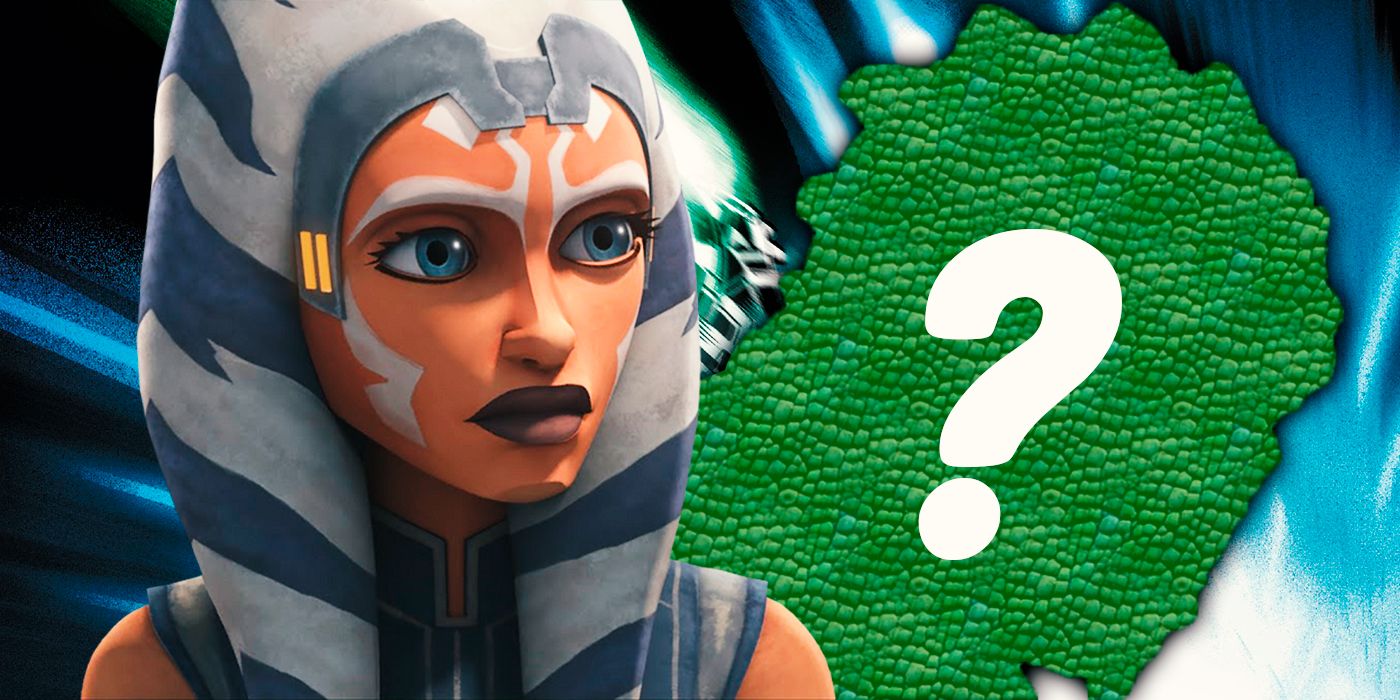 In a pivotal arc in Star Wars: The Clone Wars, Ahsoka Tano was expelled from the Jedi Order when she was falsely accused of terrorist acts. However, she was not the only Jedi to have faced expulsion from the Order unjustly. Star Wars: The High Republic #12 (by Cavan Scott, Karl Story, Carlos Lopez, George Jeanty, and VC’s Ariana Maher) revealed that Jedi Marshal Avar Kriss started the process to expel Sskeer from the Order due to his aggressive actions during the rescue of Keeve Trennis and Terec. While Sskeer’s expulsion has far more basis than Ahsoka’s, he still should be allowed to continue on in the Order because there were medical reasons behind his erratic behavior.

In the final arc of the fifth season of Star Wars: The Clone Wars, Ahsoka was expelled from the Jedi Order after she was framed by her fellow Padawan Barriss Offee. After Ahsoka and Anakin Skywalker proved Ahsoka’s innocence, the Jedi Order offered her a place back within the Order once again. However, Ahsoka refused to return because she was heartbroken that the Jedi Masters she admired could believe that she was capable of harming so many people and plotting against the Jedi. Overall, Ahsoka’s expulsion irrevocably changed her path and forced her to question everything she knew about her upbringing before Order 66 and the Empire’s rise changed the galaxy entirely.

RELATED: The Ahsoka Series Is Shaping Up as the Star Wars Rebels Sequel Fans Hoped For 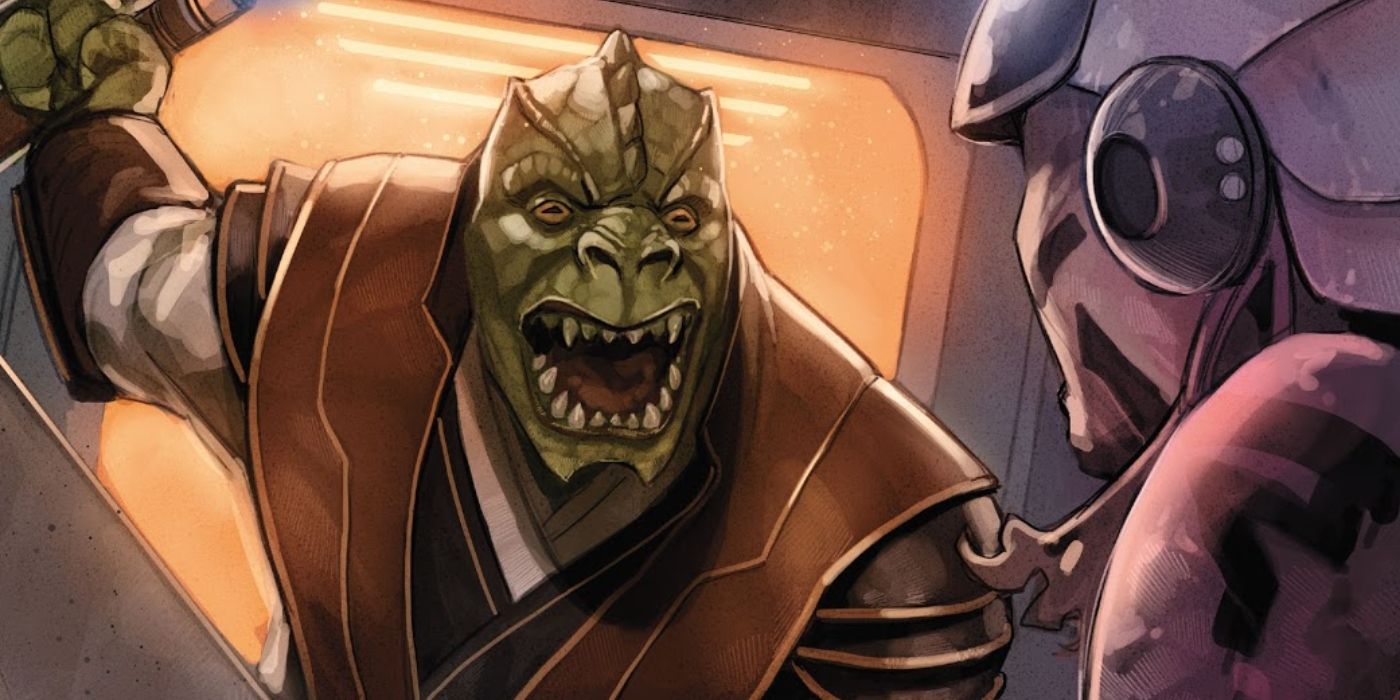 In contrast, Sskeer’s punishment does make more sense than Ahsoka’s given the information that Avar Kriss was working with at the time in Star Wars: The High Republic #11 (by Cavan Scott, Mark Morales, Victor Olazaba, Karl Story, George Jeanty, Jesus Aburtov, Carlos Lopez, and VC’s Travis Lanham). She had witnessed Sskeer’s erratic behavior for months, including his possession by the Drengir. She also knew that Sskeer had received bad medical news from Dr. Gino’le almost immediately prior to their arrival on Xais. After Sskeer disobeyed orders to disable, not harm, and began using the dark side to attack the Nihil on Xais, Avar reported back that she “thought Sskeer had turned a corner, but [she] should’ve known better.” Overall, Avar’s decision to expel him from the Order was based on a pattern of behavior rather than on one inciting incident.

Other Jedi have tapped into the dark side during the Star Wars: The High Republic subseries, but their punishments were far less severe. In Claudia Gray’s Star Wars: The High Republic: Into the Dark, Dez Rydan was forced to use the dark side after being possessed by the Drengir. While the Jedi did not punish him for actions that were out of his control, Dez still chose to take the Barash Vow. A commitment that involved years of meditation to repair or strengthen a Jedi’s bond with the light side of the Force. More pertinent to Sskeer’s situation, Elzar Mann tapped into the dark side during the attack on Valo in Cavan Scott’s Star Wars: The High Republic: The Rising Storm. However, after he confessed his actions to Stellan Gios, he was met with the offer of support rather than punishment, probably due in part to the fact that it was an isolated incident.

RELATED: Star Wars: The Force Choke Is a Vader Specialty – But Can Jedi Use It, Too? 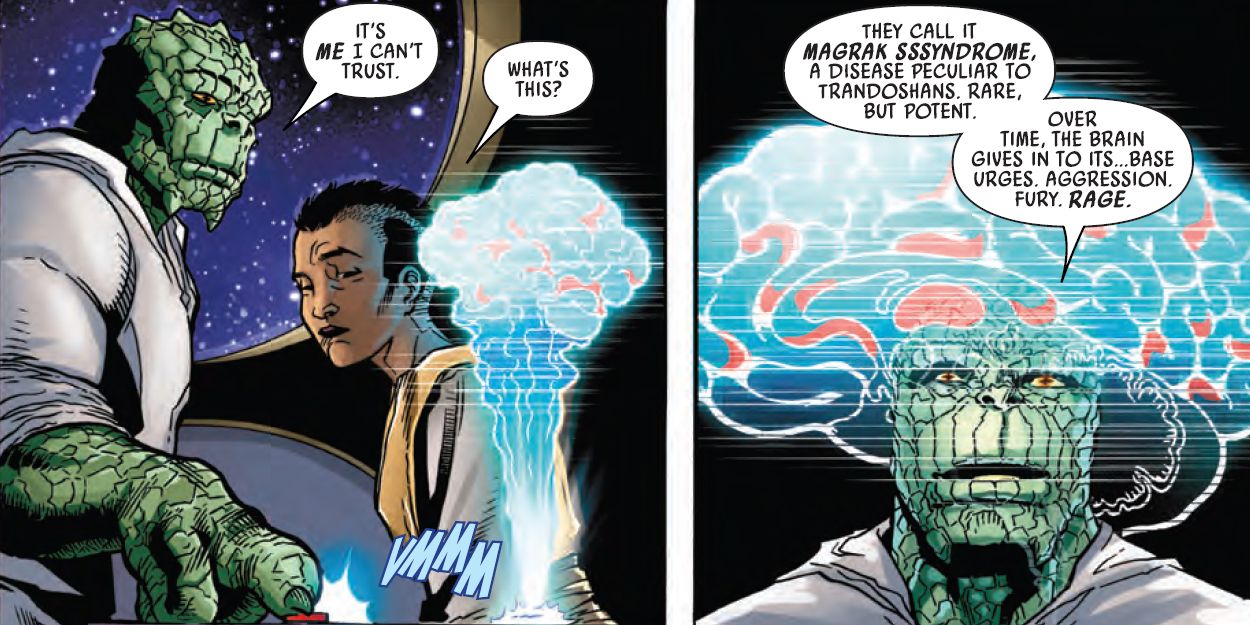 While Sskeer did go against orders and attack, the medical reasons for his actions are revealed in Star Wars: The High Republic #12. Sskeer has Magrak Syndrome, a Trandoshan disease that causes aggression and rage as it attacks the brain. The majority of Sskeer’s Force ability has been subconsciously focused on combatting the disease, but at some moments, he still loses the battle, particularly when people that he cares about have been harmed or are in danger. In addition, because his abilities are so focused on fighting his disease, the only way that Sskeer could access the Force currently is through the dark side.

Sskeer has yet to stand trial and be formally expelled from the Order, so there is still a chance that he may be reinstated. His punishment has given him space to assess his options in regard to treatment. Because the trial has not happened yet, he still was allowed to accompany Avar Kriss, Keeve Trennis, and a select team of Jedi on a mission to attack the Nihil’s main base. Since Avar also has been struggling with her own grief, guilt, and anger, Sskeer could potentially help steer Avar away from giving in to the temptation of the dark side as well. However, due to his own condition, Sskeer also could be pushed toward the dark side even more in the upcoming battle.

Overall, there is far more cause for Sskeer’s punishment than there was for Ahsoka’s expulsion. However, because there was a medical cause for Sskeer’s change in personality and struggles with the Force, the Jedi should be working with him to help him combat the dark side and cure his syndrome rather than expelling him. Sskeer rightfully should be kept away from the field though, to help him avoid stressful triggers that might cause his condition to worsen or tempt him to use the dark side. Overall, the Jedi’s current mission could lead to Sskeer being welcomed back into the Order and given the support he needs, but the attack on the Nihil base also could push Sskeer past the point of no return.

Xbox Had a Very Good Year on Steam

Mortal Kombat 2 Writer Wants the Story to be “Unpredictable”