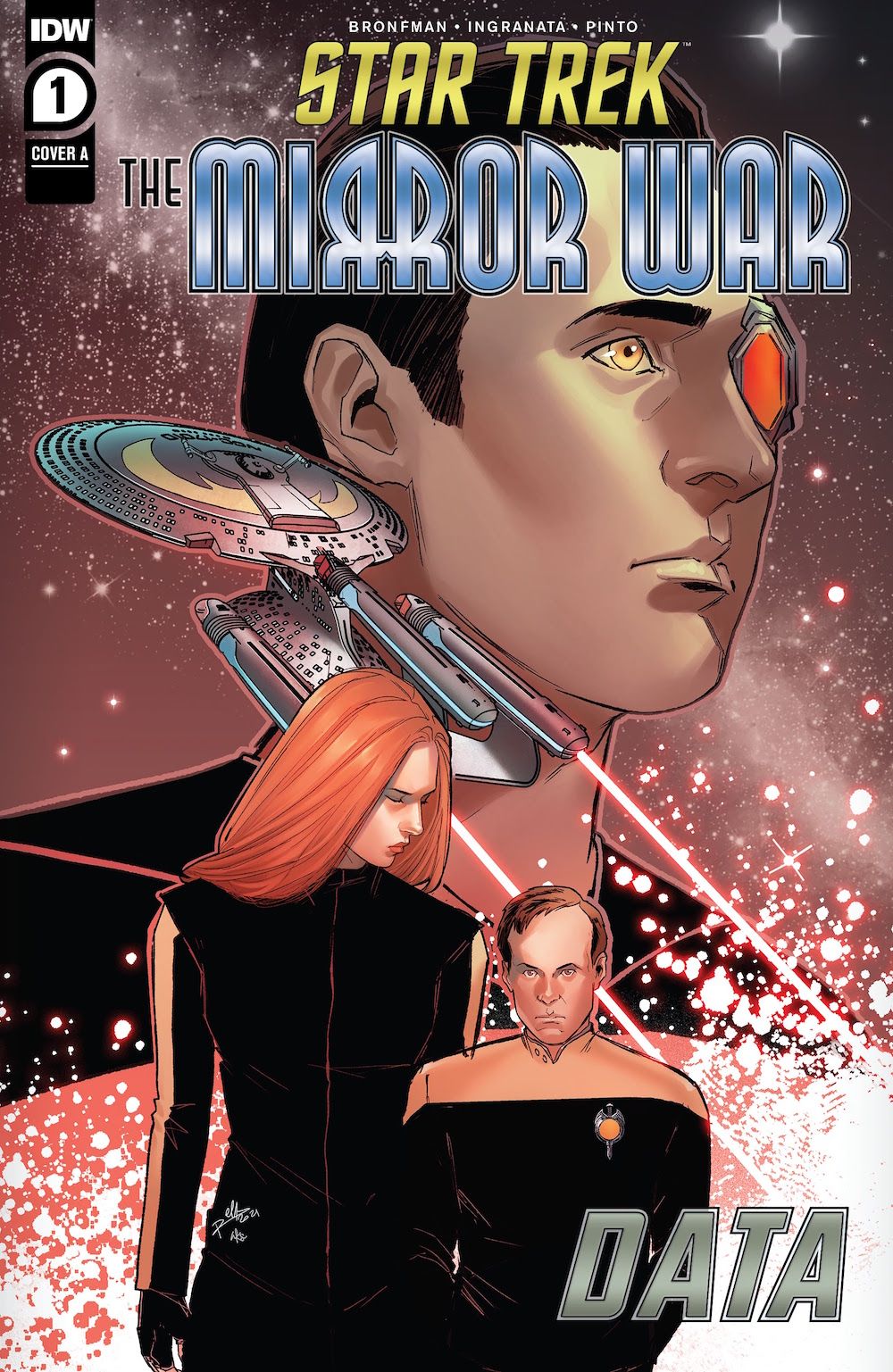 Star Trek: The Next Generation is famous for its great characters. Out of the entire crew, the impassive yet noble android Data showcases one of the most compelling arcs in the sci-fi franchise. Data struggles to balance his seemingly emotionless programming with his desire to understand and emulate humanity. In the dark parallel world of the Mirror Universe, where the crew of the Starship Enterprise is remorseless, ruthless, and sleeveless, Data’s struggle is no different. However, in the first issue of the new one-shot series, Star Trek: The Mirror War – Data #1, he comes closer than his Prime Universe counterpart ever has to feel human.

In Star Trek: The Mirror War #1, Barclay is suspected of treachery. Data, being unable to process betrayal, has been on uncertain terms with him. With Barclay’s behavior getting more erratic, Data defies his dependence on logic and follows his intuition instead. As a result, he discovers Barclay’s true motives and his capacity for nuanced emotions he didn’t know he had.

The Mirror Universe’s crew of the Starship Enterprise lacks the morals present in its Prime Universe counterparts. Star Trek: The Mirror War – Data #1 shows a very different side to this parallel universe. Evil or not, there’s still a sense of duty, honor, and loyalty among the cast. In every Star Trek continuity, Data struggles with his identity as a dispassionate android living amongst emotional humans. While this issue puts Data in a similar position, it’s his connection to Barclay that changes up the status quo. Data shows a surprising amount of understanding, thoughtfulness, and compassion towards Barclay’s predicament. It’s ironic that “evil” Data can discover his own humanity easier than his good counterpart.

Star Trek: The Mirror War – Data #1 is a seamless and excellent read, hurt only by its short length. The writing is solid, especially the dialogue between Data and his crewmates. Data’s interior monologue is eloquent, elegant, and in-character. The plot believably sets up the cast’s redeemable traits, giving them some resemblance to their heroic Prime Universe counterparts.

The only weakness in Star Trek: The Mirror War – Data #1 is how quickly the story’s conflict is resolved. The conflict ends in a rather unsatisfactory manner. While the ending showcases an excellent moment of depth and understanding between Data and Barclay, it’s anticlimactic. Had Data’s handling of the situation been shown on the pages, instead of simply skipping right to the aftermath, the impact could have carried more weight.

Star Trek: The Mirror War – Data #1 is visually gorgeous and accurate to the aesthetic and feel of the original ’80s series. Artist Roberta Ingranata has a strong sense of composition and form, thanks to strong lines and tonality. Dark, bold lines indicate foreground setting and characters, while the intricate line art of the background, particularly in scenes onboard the Starship Enterprise, is rendered in lighter greys, a subtle touch that gives the reader a sense of dimension. In the forested, earth-toned environments such as Sarolis, texture overlays and solid patterned shapes make up the landscape, giving it a more natural appearance. Also notable is colorist Valentina Pinto’s use of palette and texture. Pinto uses softer shading and lighting to give an airbrushed feel while using solid colors to outline characters in stark settings.

While Star Trek: The Mirror War – Data #1 is not perfect, its worse crime is that it ends too soon. With more adventures with Mirror Universe Data on the horizon, perhaps this can be forgiven.

Every PlayStation Movie and TV Show in Development