It’s almost here, Spidey fans! This week, the much anticipated “Spider-Man: No Way Home” will hit theaters, and this writer could not be more excited! One of the biggest draws to this film, (at least, for me), is the return of several past movie villains. From what we can officially confirm thanks to trailers and other promotional material, Green Goblin (Willem Dafoe), Doc Ock (Alfred Molina), Electro (Jamie Foxx), Sandman (Thomas Haden Church), and the Lizard (Rhys Ifans) will all be back to cause trouble, and this time, they’re coming to the Marvel Cinematic Universe to do it! 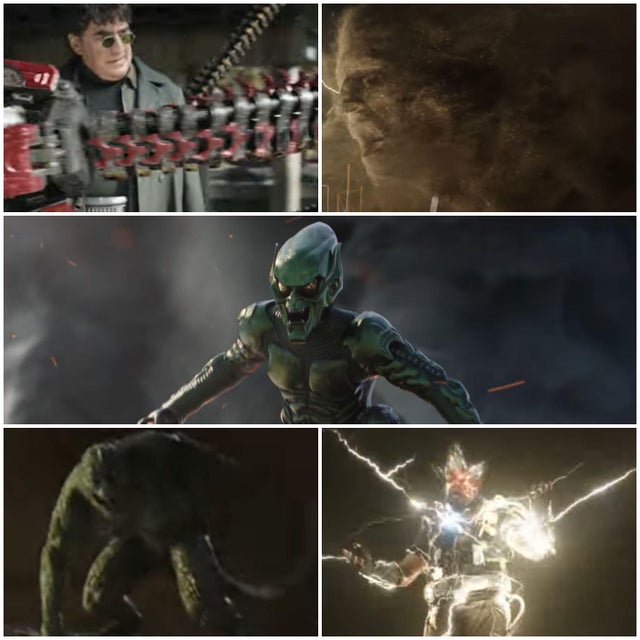 According to Dr. Strange, they all died fighting Spider-Man. While that may be true of Green Goblin, Doc Ock, and Electro, Lizard and Sandman were alive the last we saw of them, so I’m hoping they explain exactly how Spider-Man is responsible for their deaths. We can only speculate just how these villains return from the grave, though, for longtime comic fans, it’s nothing new; villains come back from the dead all the time, and for this month’s Spider-Tracer, we’ll be looking back at the comic book deaths and resurrections of the villains from “No Way Home” (Earth-616 deaths only). Some of these villains have even died more than once! Let’s start with Electro…

Following the return of his powers (as well as a power boost) thanks to the crime boss known as the Rose, Electro attempted to destroy the city of New York. Spider-Man, with a little help from an insulated suit and X-Man, managed to defeat Electro. Rather than face yet another failure, Electro plunged into the Hudson which resulted in a colossal explosion (as shown in “The Amazing Spider-Man” #425). 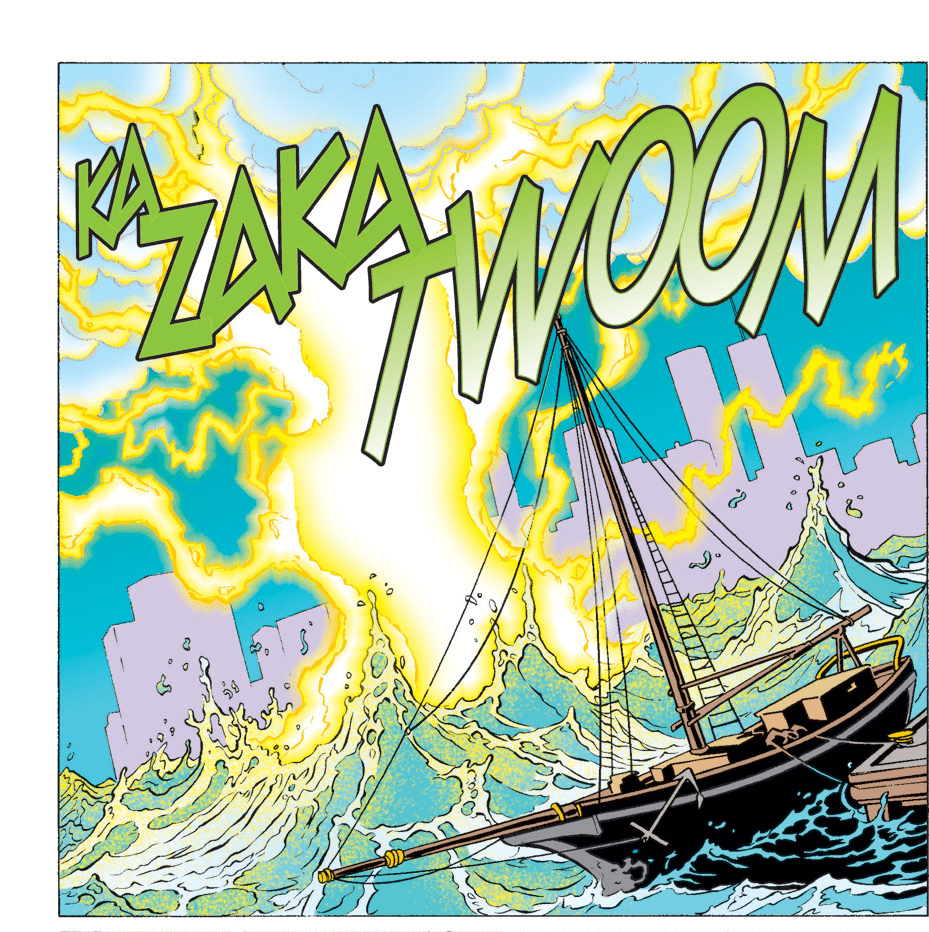 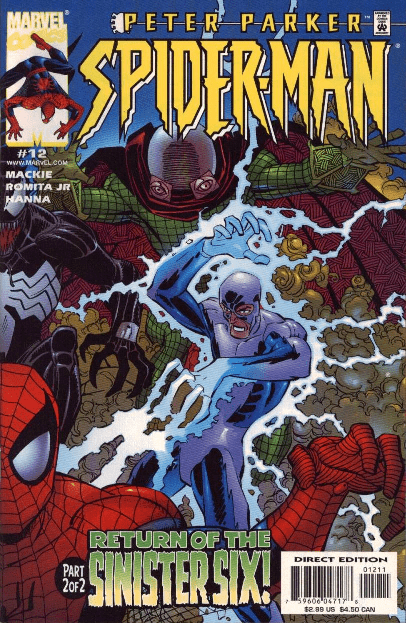 Years later, Electro’s powers had gotten out of control, and when his then-girlfriend, Francine Frye, kissed him, he inadvertently fried and killed her in “The Amazing Spider-Man” Volume 3, #2.

Not long after that, a new Jackal (later revealed to be Ben Reilly) attempted to win the villain over to his cause by bringing Francine back to him. Due to the cloning technique used to being Francine back, some of her DNA had been mixed with Electro’s from their kiss, and she ended up absorbing Electro’s power, thus killing him in “The Amazing Spider-Man” Volume 4, #17. 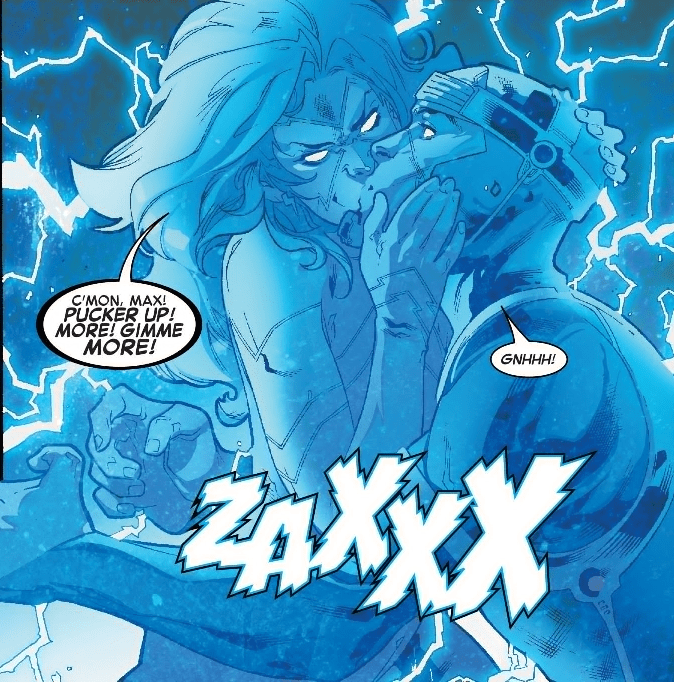 In “The Amazing Spider-Man” Volume 5, #69, Doc Ock constructs a special machine designed to reconstitute Electro just in time for him to join his new Sinister Six for the “Sinister War” storyline. 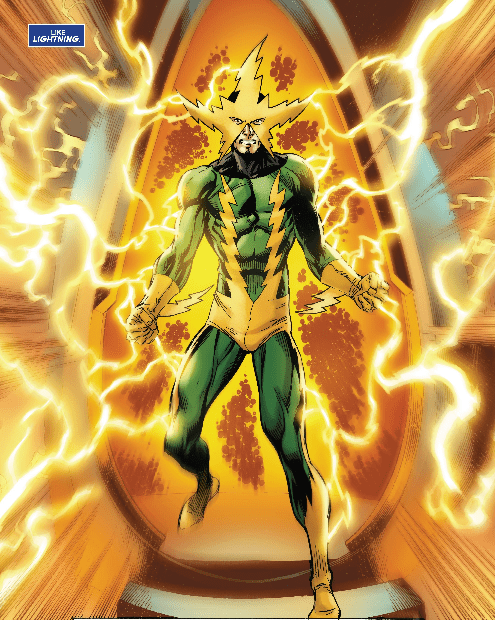 Sandman’s death occurred in “Peter Parker: Spider-Man” Volume 2, #22. During a fight with Venom in issue #16 of the same book, the black-suited villain took a bite out of Sandman which seemed to destabilize him, thus causing him to break down. Fast forward back to issue #22 and Sandman, quickly breaking down, seems to wash down the sewers and out to a beach. I’m not sure why Venom taking a chunk out of Sandman caused him to break down and seemingly die; it was odd, considering that Sandman loses sand all the time and simply has to replace it with more later. Anyway, Sandman returned a few years later in issue #s 42-43 after he found enough strength of will to pull his mind and body back together (though his mind was slightly unbalanced for a little while, he did get better!).

The Lizard first seemingly died during a battle with Spider-Man and a cyborg bounty hunter named Warrant (this was clearly the 90’s!). It was thought that he’d sank and died in a quicksand pit in “Web of Spider-Man” #111.

Sometime later (in the 1995 Scarlet Spider story contained in the Super Specials, which every Spider-Man and Venom title received that year), with the 90’s “Clone Saga” in full swing, a monstrous reptile creature appeared, thought to be the Lizard, albeit with the Curt Connors personality completely destroyed and a new look. 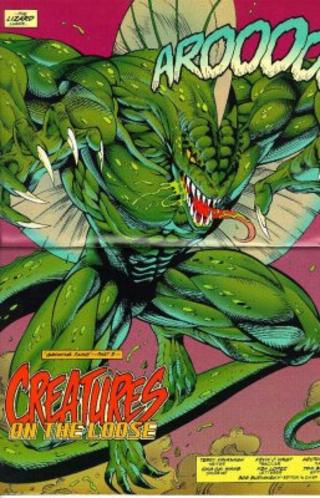 It turned out that Spidey wasn’t the only one with clones; an experiment with a severed section of the Lizard’s tail had resulted in the birth of a new Lizard. Without a human half, the creature was more savage and bestial than the original ever was. In order to protect his family (the creature had tracked them down from Florida all the way to New York), Curt willingly became the original Lizard again, and snapped the finned copy’s neck in “The Spectacular Spider-Man” #238, thus ending his life forever. 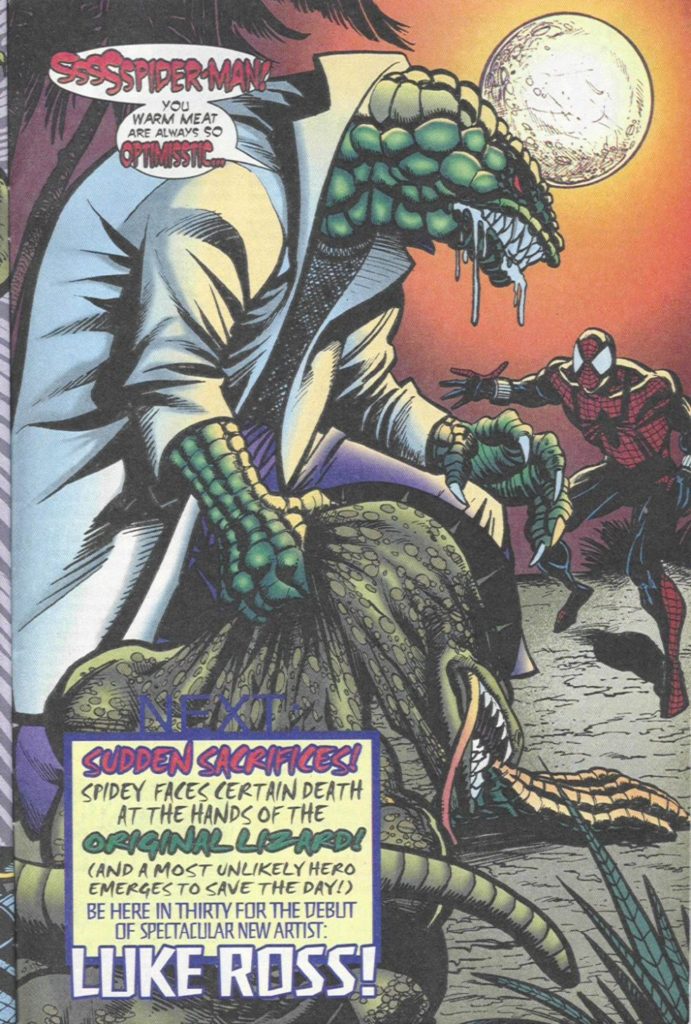 How Curt originally survived the sandpit was never really explained. One could say that this means Lizard is the only one on this list that hasn’t truly died.

Doctor Octopus’ first death occurred in “The Amazing Spider-Man” #131. A battle with Spider-Man and Hammerhead resulted in a nuclear explosion that appeared to wipe out Doc Ock once and for all. 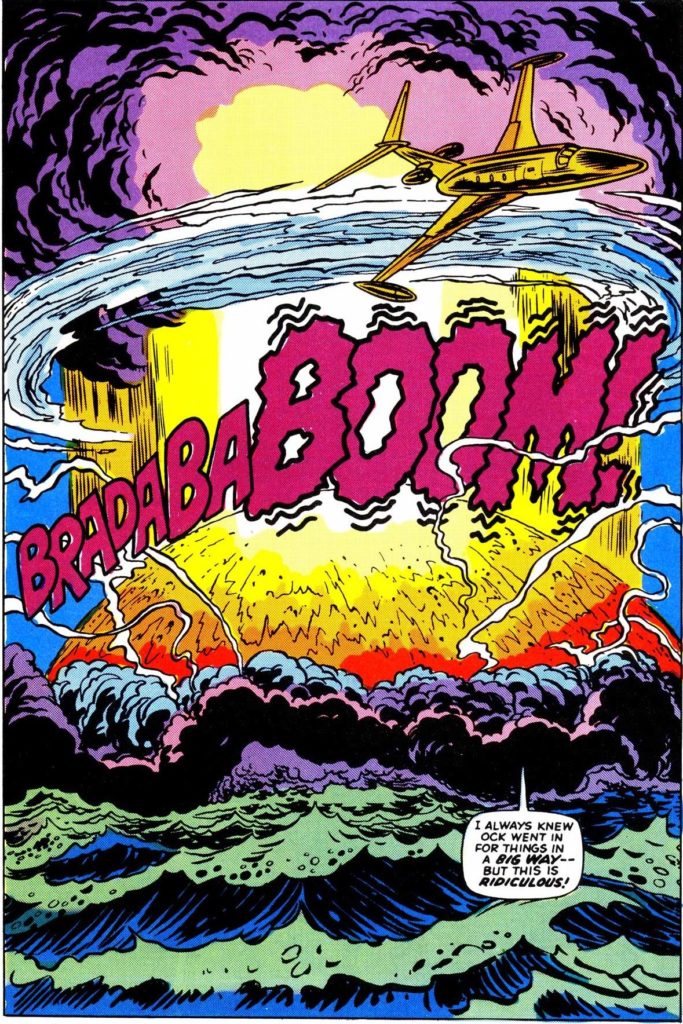 In reality, as revealed in “The Amazing Spider-Man” #157 (he was confirmed to be alive in the previous issue), Doc Ock had found a radiation shielded tube and wrapped himself up in his metal arms, washing ashore soon after. 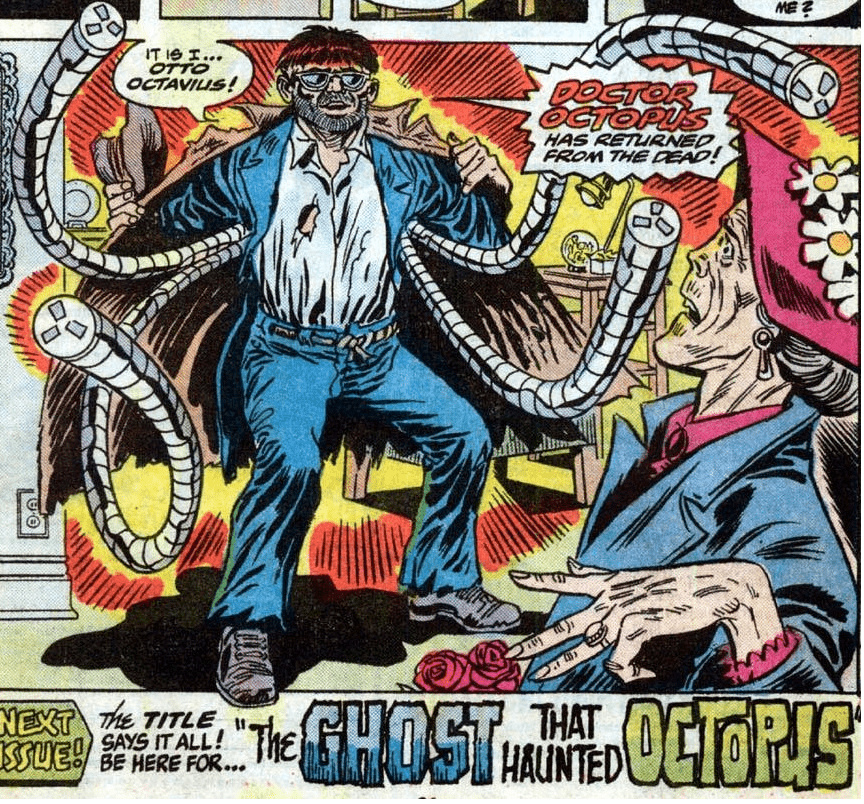 That was quite a long spell for Doc Ock to be “dead”, though perhaps not as long as his next death

Doc Ock later died during the “Clone Saga”. Killer spider-clone Kaine vowed that he was going to protect Peter Parker’s life at all cost, and this included killing Spider-Man’s foes. After finishing off the Grim Hunter (son of Kraven the Hunter), Kaine set his sights on Doctor Octopus. After helping to cure Spider-Man of a virus that the Vulture infected him with, Doc Ock willingly allowed law enforcement to take him away. Ock wanted Spider-Man to be in top form for their next battle, hence why he saved him, and allowed himself to be taken into custody. Ock’s lady, Stunner, was supposed to help free him on his way to a holding cell, but Kaine stepped in, knocking Stunner out, before engaging in battle with Doc Ock himself. Kaine’s brutality won out, ending with Doc Ock’s neck being broken in “The Spectacular Spider-Man” #221. 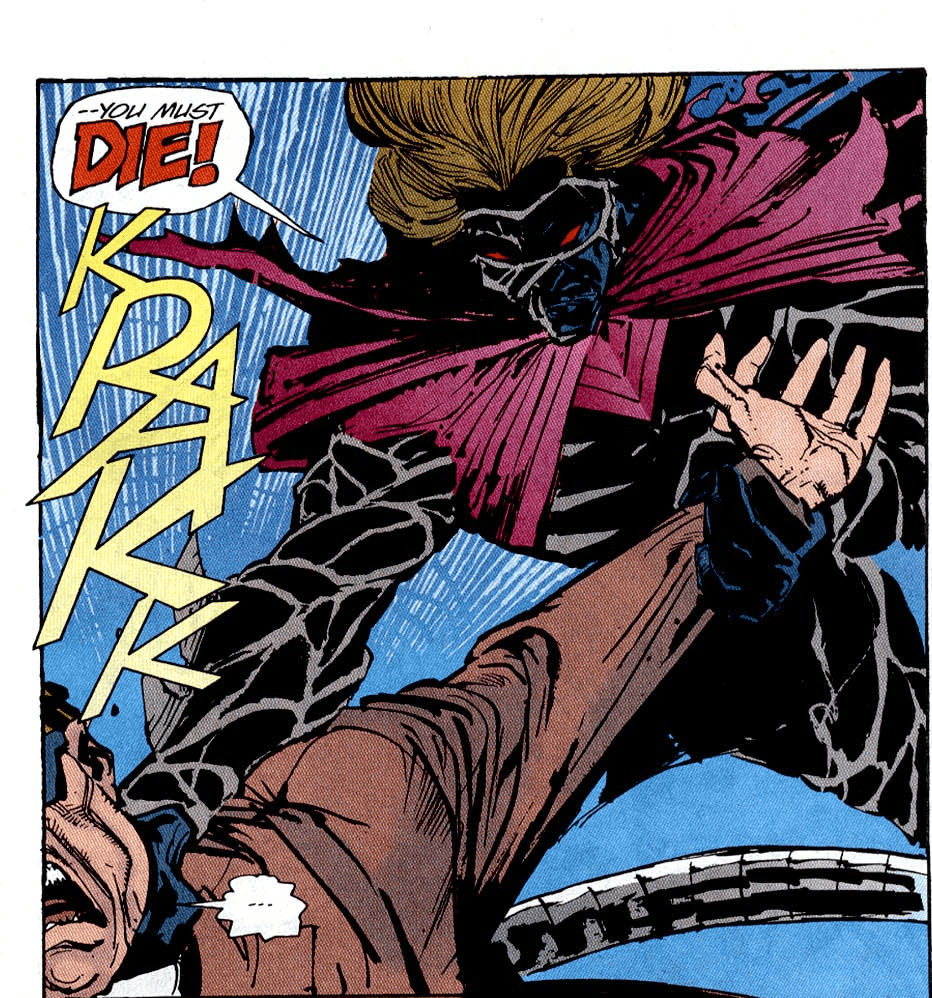 There was no question about it: Doc Ock was truly dead.

However, in “The Amazing Spider-Man” #s 425-428, a sect of ninjas, with Lady Octopus, Stunner, the Rose, and Delilah’s help, resurrected the multi-armed menace. 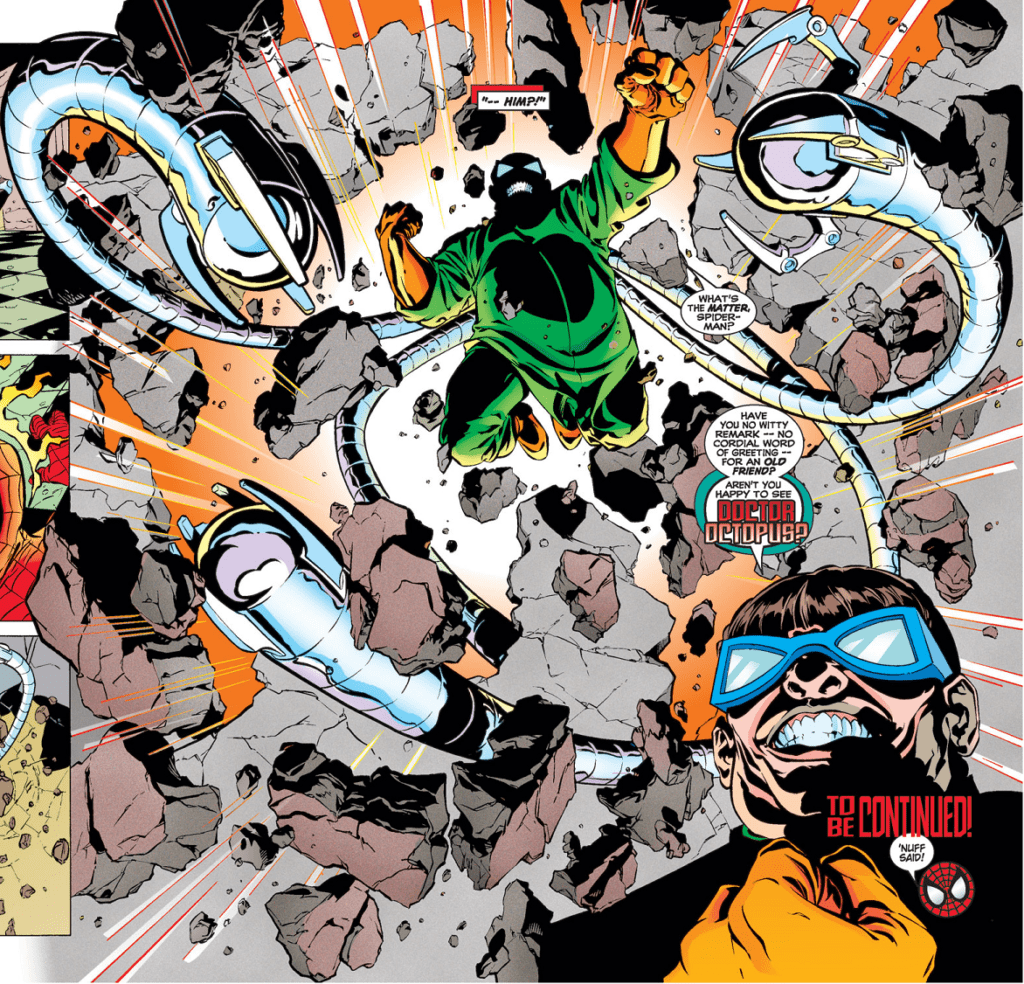 Before dying, Doc Ock had discovered who Peter Parker was, but this knowledge was gone after his return from the dead (he’d relearn who Spider-Man really was some years later).

Just in time for the 700th issue of “The Amazing Spider-Man”, Doc Ock and Spider-Man have another “final” battle; this time, Doc Ock’s body was dying, and to save himself, he swapped bodies with Spider-Man. By the end, Doc Ock’s body died, but his mind lived on in Spider-Man’s body which kicked off the “Superior Spider-Man” comic run. 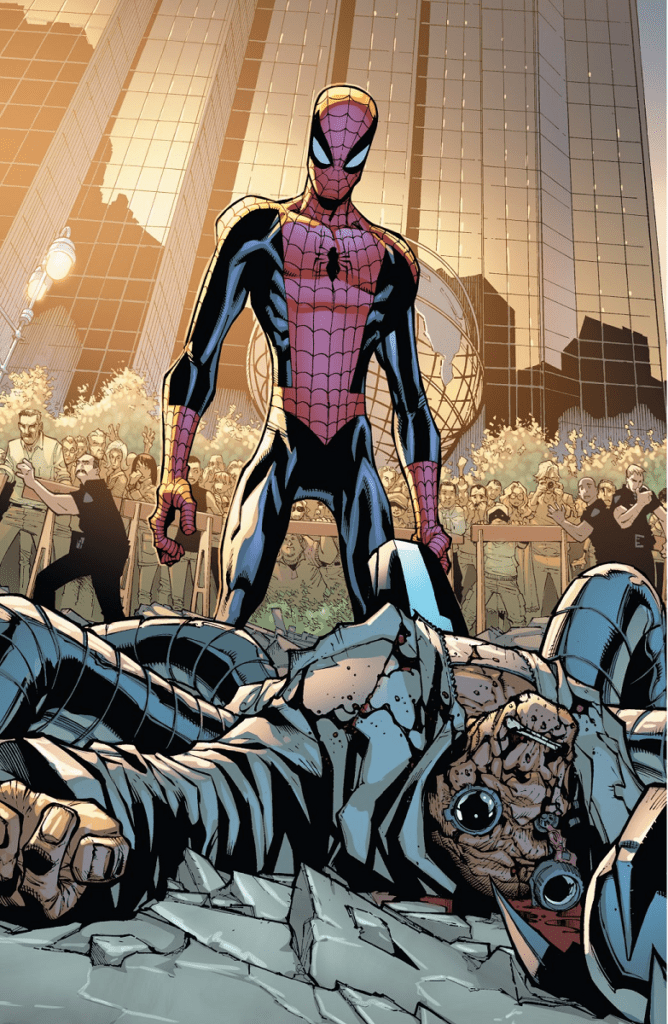 Peter did eventually return to reclaim his body from this new Superior Spider-Man, and Doc Ock lived on in the Living Brain robot, and two cloned bodies (one a clone of his own body, the other a clone of Spider-Man’s body). By “The Superior Spider-Man” Volume 2, #11, a deal with Mephisto granted Otto his original body again. 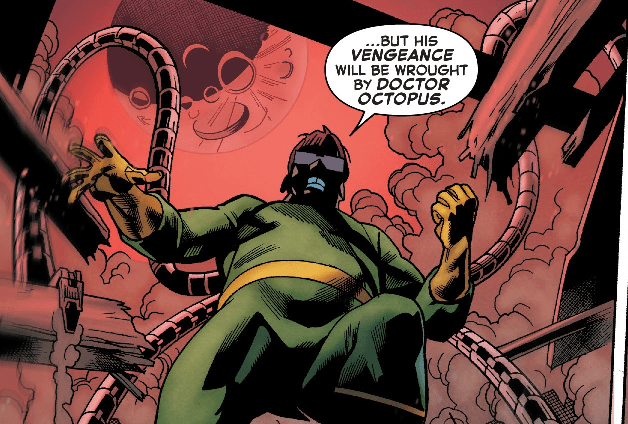 Perhaps the villain with the most iconic death on this list is none other than Norman Osborn, the original Green Goblin. In “The Amazing Spider-Man” #122, after having killed Gwen Stacy in the previous issue, Norman and Spider-Man have what was to be their final battle. During the confrontation, Spider-Man dodges the Green Goblin’s glider and it impales its owner instead. 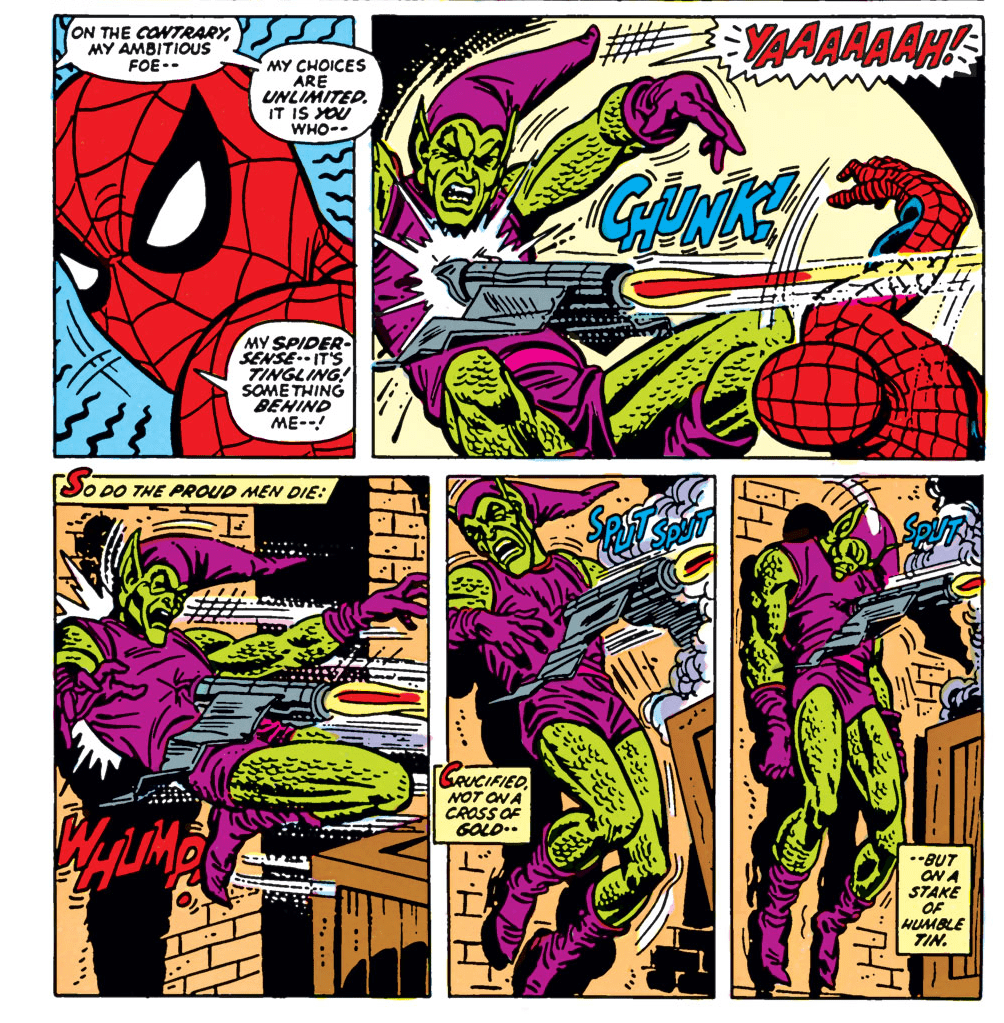 And that was the end of Norman for many years (over 20, in fact). However, in order to finish up the 90’s Clone Saga, an editorial mandate dictated that Norman Osborn would be the puppet master of the whole scheme. Norman’s return is detailed in the “Revelations” storyline (particularly “The Amazing Spider-Man” #418 and “Peter Parker: Spider-Man” #75). Thanks to the formula that gave him his powers, Norman had also developed a healing factor, and he revived once he reached the morgue. Norman killed a drifter of similar physical features and hid away in Europe for many years. At the end of “Peter Parker: Spider-Man” #75, Spider-Man lobs a bag of pumpkin bombs at the Green Goblin (Norman intended to blow up all of Spider-Man’s friends and acquaintances back at the Daily Bugle before Ben Reilly collected them all). The Green Goblin seemingly dies again, caught in the massive series of explosions, only to escape the rubble later to fight another day (as revealed in the “Revelations” trade paperback’s prologue). 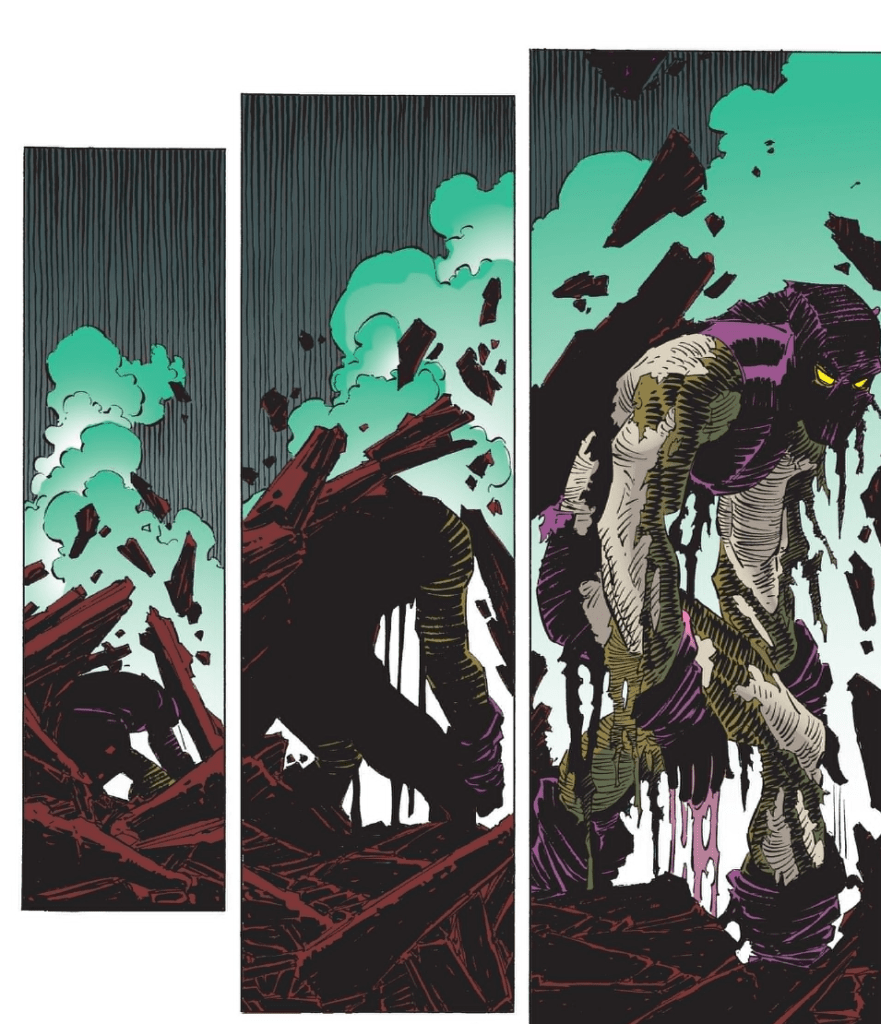 After all of the hoops they jumped through to bring him back, there was no way they were going to kill Green Goblin off again in the same issue he returned.

As you can see, Spider-Man fans are long used to these villains escaping seeming death. Which villain had the best death, be it in the comics or movies? And when are you planning to see “Spider-Man: No Way Home”? Let me know in the comments section below!