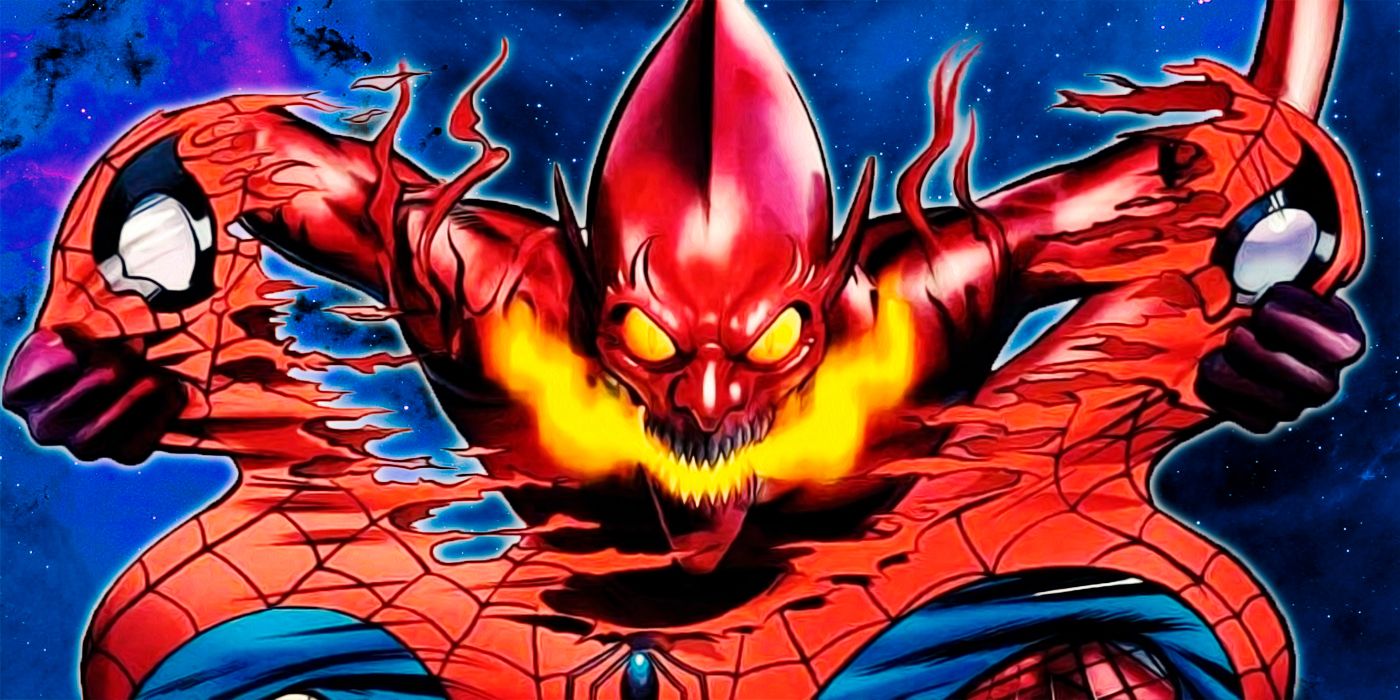 The Marvel Cinematic Universe is setting up more adventures into its multiverse, with the upcoming Spider-Man: No Way Home being its biggest introduction yet. Among the most prominent characters slated to appear in the film is the Green Goblin, and in a multiverse filled with infinite possibilities, there is a chance that the most powerful version of the frightening villain could make an appearance in the film as well.

Norman Osborn once bonded with the Carnage symbiote to become the Red Goblin, his most dangerous persona ever. Although this version of the Goblin could technically appear in the MCU, the powerful villain may be a little too powerful for the confines of the cinematic universe.

RELATED: Spider-Man: Tom Holland Was Asked to Join the Spider-Verse – But… 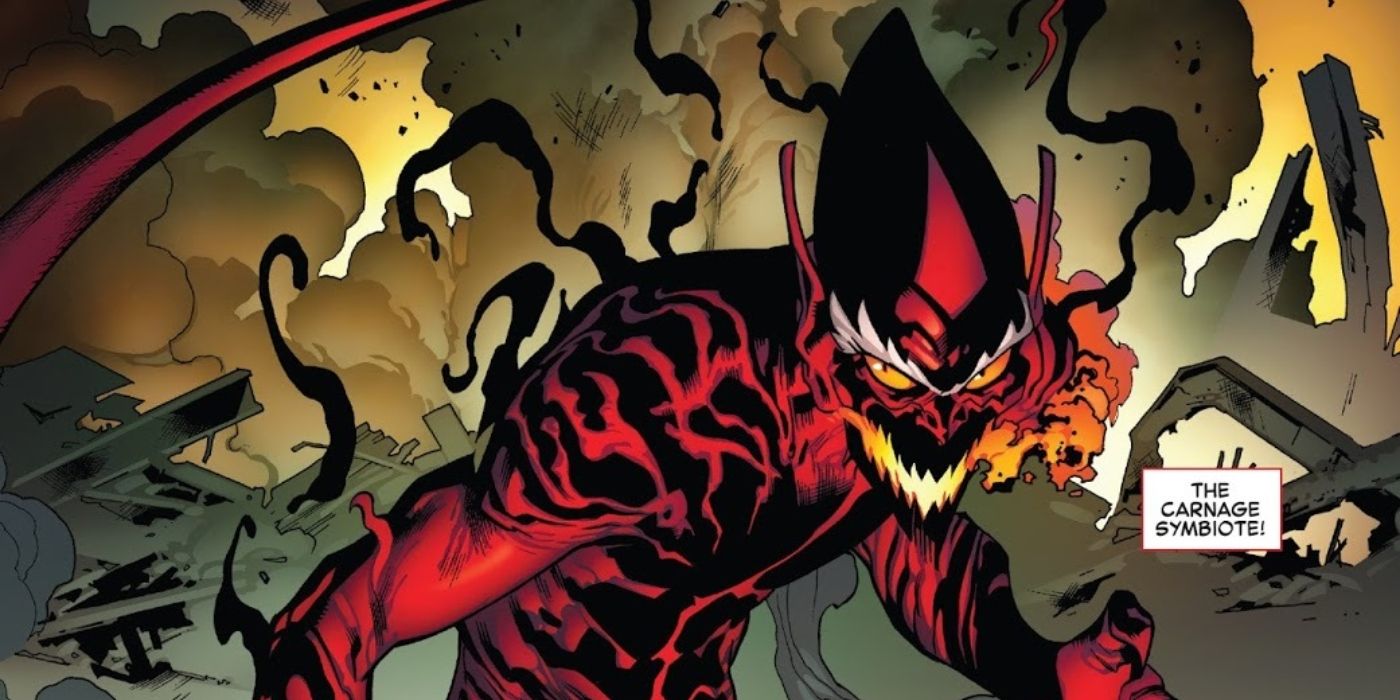 Norman Osborn has proven to be a consistent threat to Spider-Man. When he decided to merge with the Carnage symbiote, however, it was in an attempt to finally put an end to his web-slinging enemy. This was a Goblin who would hold nothing back, and there was no line he would not cross to get what he wanted, in the end proving too powerful for the web-head to defeat alone.

After merging with the Carnage symbiote, Norman gained access to all of its abilities, including being immune to Spider-Man’s spider sense and gaining enhanced strength and durability. This wasn’t just a symbiote merging with an ordinary man, though. The Goblin formula still coursed through Norman’s veins, stacking this new set of powers on top of his old ones. This additional power made the Red Goblin inarguably his most powerful form, and enhanced his increasing immunity to the symbiote’s traditional weaknesses of fire and sound. 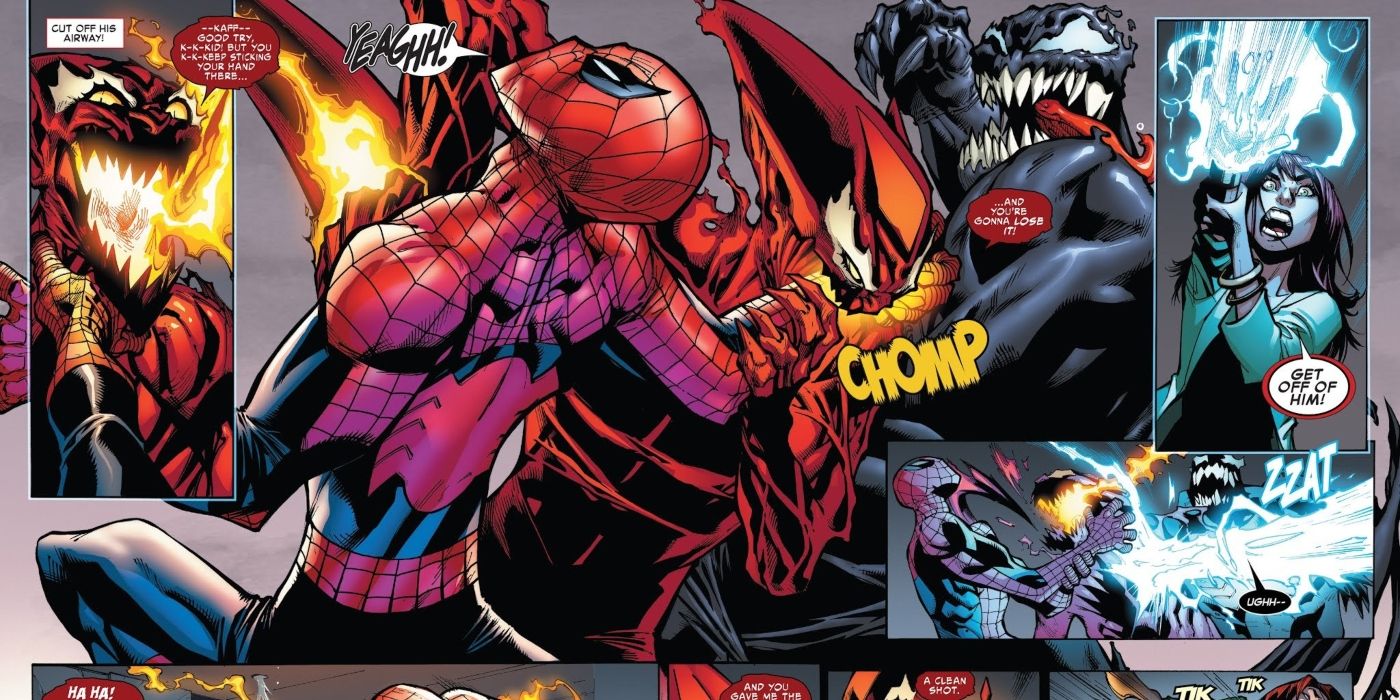 Red Goblin could also generate “Carnage Bombs,” which were living, biting pumpkin bombs, and he could also form his own glider out of the symbiote. These qualities, along with the Red Goblin’s complete lack of morals, made him one of the most dangerous enemies Spider-Man has ever faced. This factor alone limits the possibility of his appearing in the MCU, at least as it currently stands. The Red Goblin would steal the show in a way that none of Spider-Man’s other villains ever could, and it would be extremely difficult for the iconic hero to defeat him alone. SImply put, the MCU Spidey needs more seasoning before getting to this final boss.

Indeed, the MCU’s Spider-Man is still very early into his career. He doesn’t have anywhere near the level of experience that his comic book counterpart has, and even that version barely survived his encounter with this Goblin. For this reason, this version of the Goblin is simply too dangerous to appear as a foe to the cinematic version of the web-slinger, at least until he gets a bit more experience under his belt. At that point, though… all bets are off.

KEEP READING: Spider-Man: No Way Home Forces Spidey to Change His Fighting Style for Each Villain

Is It Wrong to Try to Pick Up Girls in a Dungeon Season 4 Releases New Trailer, Poster

Peacemaker’s BFF Eagly gets his own Funko figure!