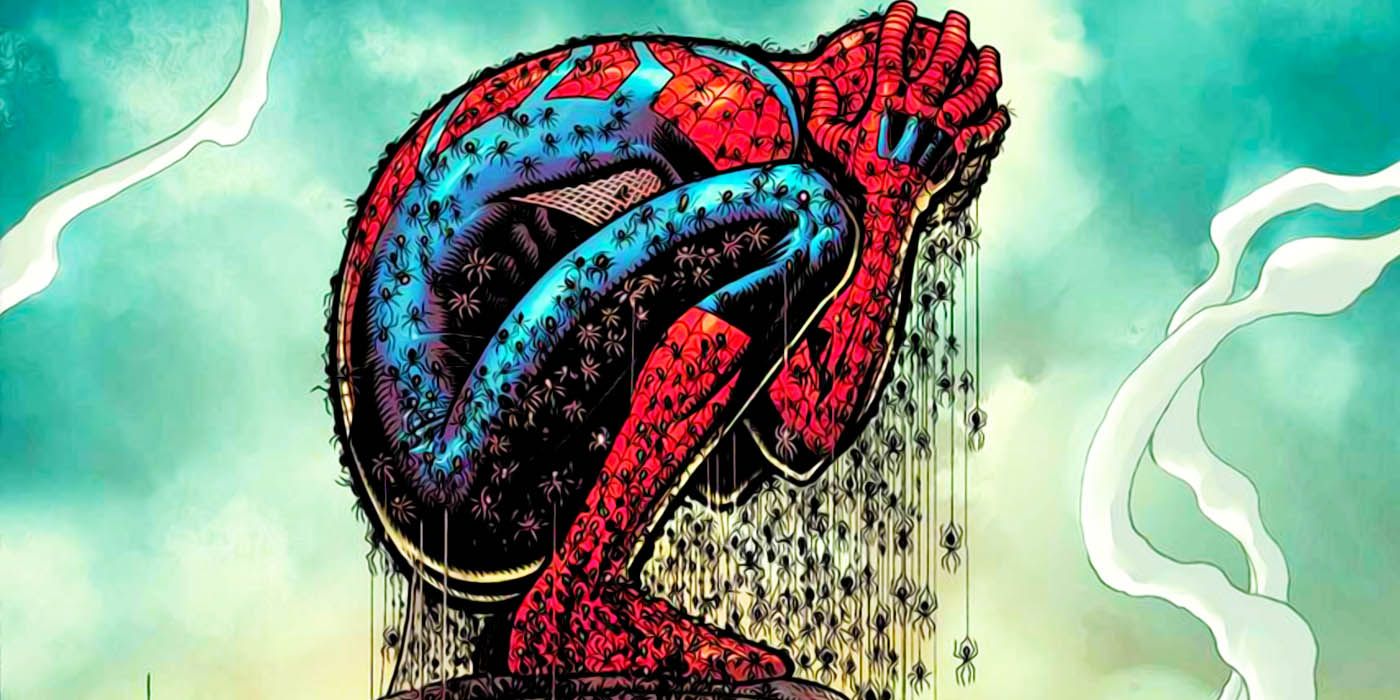 Peter Parker’s journey as The Amazing Spider-Man have taken him to some strange places. From being the host of an alien symbiote to being cloned, there’s very little the wall-crawler hasn’t experienced. The same can be said for Ben Reilly, who took the place of Peter as the new Spider-Man during the ’90s.

However, the new Amazing Spider-Man series, by Zeb Wells and Patrick Gleason, once again puts Ben Reilly back in the red and blue suit, but with some new tech upgrades. While these advancements are new to Reilly, it’s something longtime readers have seen in the past… and that could spell serious trouble for any wall-crawler. 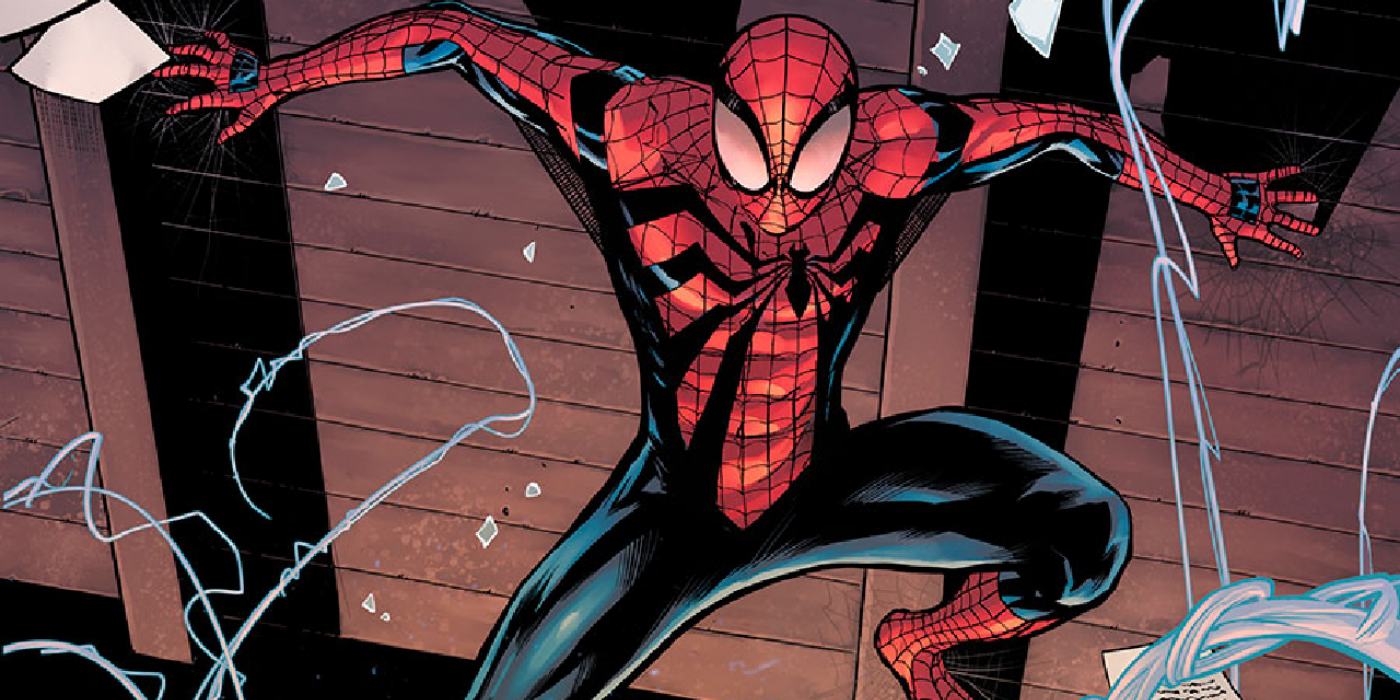 In recent issues, it’s been revealed that the Beyond Corporation has officially acquired the Spider-Man brand and chosen Ben Reilly as its web-slinger. As Peter recovers from potentially deadly radiation sickness in the hospital, readers have been getting reacquainted with the new wall-crawler and his previously unseen gadgets. For example, while the suit is still cloth, it has more advanced capabilities than Peter’s suit, including an air filtration system. It can also monitor his biometrics for the Beyond Corporation and track him. Even Ben’s spider symbol can detach and restrain attackers. But his most impressive feature may be the ability to deploy offensive tools to his defense, like vacuum bearings to stop enemies like the U-Foes.

In the past, Peter had his own tech company that upgraded his skills in saving lives. However, while working in Horizon Labs during the “Big Time” arc by Dan Slot and Humberto Ramos, Marcos Martin and Stefano Caselli, Peter took his scientific expertise to a whole new level, creating new suits and gadgets. His most notable costumes include the Stealth Suit and Spider-Armor Mk II. However, he’s also made the spider-glider, allowing him to take to the skies like the Green Goblin to travel faster through New York City.

Both labs and Spider-Men share very unique similarities that go beyond the surface. For example, both companies strive to make sure Spidey can perform at his best. While he’s still street-level, his enemies continue to advance technologically, necessitating Spidey’s personal growth. Both companies also lean into the scientific side of Spider-Man, which has always surpassed his actual powers as the main reason he outsmarts his villains. While perhaps not as scientifically inclined, even Ben relies on basic sciences to get the drop on enemies.

RELATED: How The Death Of Venom Confirmed Marvel’s Most Powerful Cosmic Being 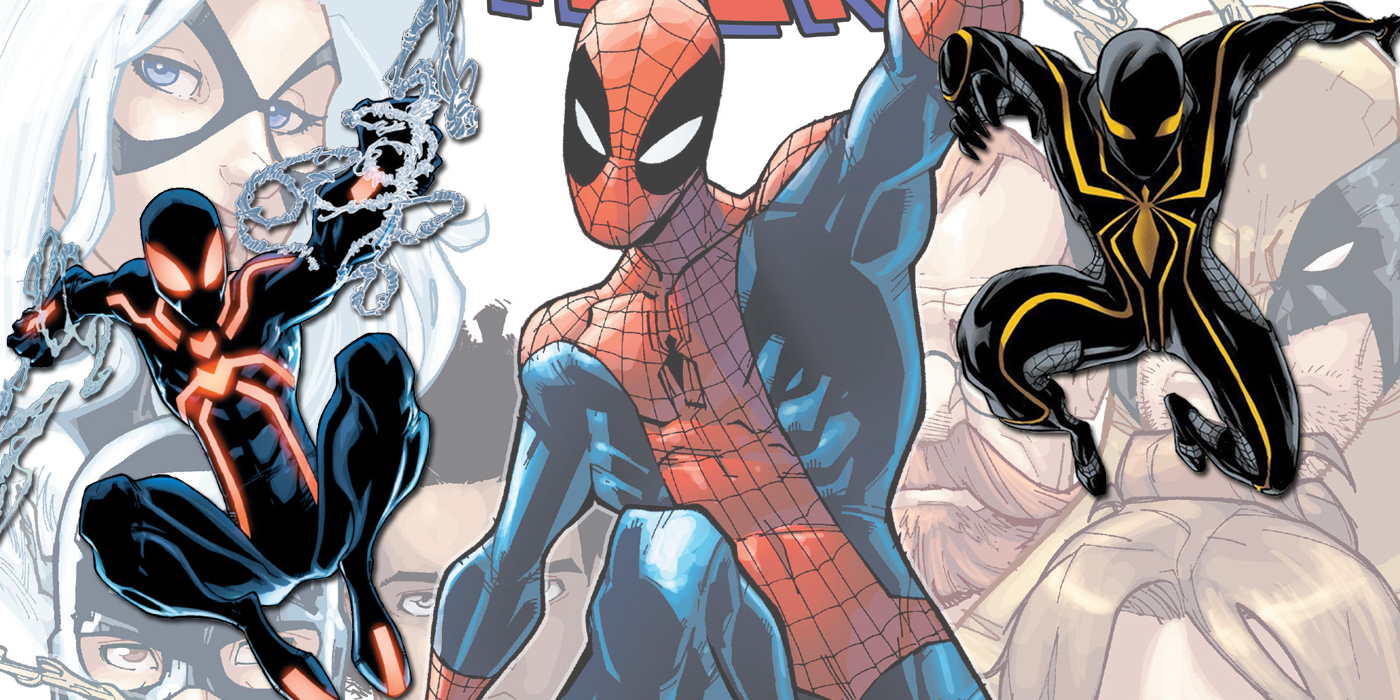 That said, there are also significant differences between the companies. Horizon Labs exists solely to help and doesn’t care about branding. In fact, all of its creations benefit New York in some way, like the Anti Spider-Virus Serum that negated the spider powers the city got during Spider-Island. On the other hand, the Beyond Corporation would rather sacrifice lives to further its research. For example, Ben is bitten after a battle with Morbius in Amazing Spider-Man #78 by Kelly Thompson, Sara Pichelli, and Nolan Woodard. Rather than administer the antidote, Head of Superhero Development, Maxine Danger, was curious how the virus would change him. Sadly, unlike Peter, Ben feels a need to be endorsed, thinking it’s the only way to be his own Spider-Man and appease his desire to help people.

The Beyond Corporation also makes a point to pay Ben handsomely to keep him in the suit, which makes him even more inclined to stay behind the mask. However, the shady business practices and apathy towards their face is suspiciously similar to another dangerous company: Alchemax. While they don’t hit their stride until 2099, the Beyond Corporation serves as another warning of what could come in future and how close the main Marvel Universe is to that reality. Nevertheless, no matter the outcome, many readers have been down this road before and know how bumpy it can get.

KEEP READING: Why Spider-Man’s Most Sadistic Villain Has To Use Drugs To Win

Only One Jedi Is More Powerful Than Darth Vader – How Did He Get So Strong?