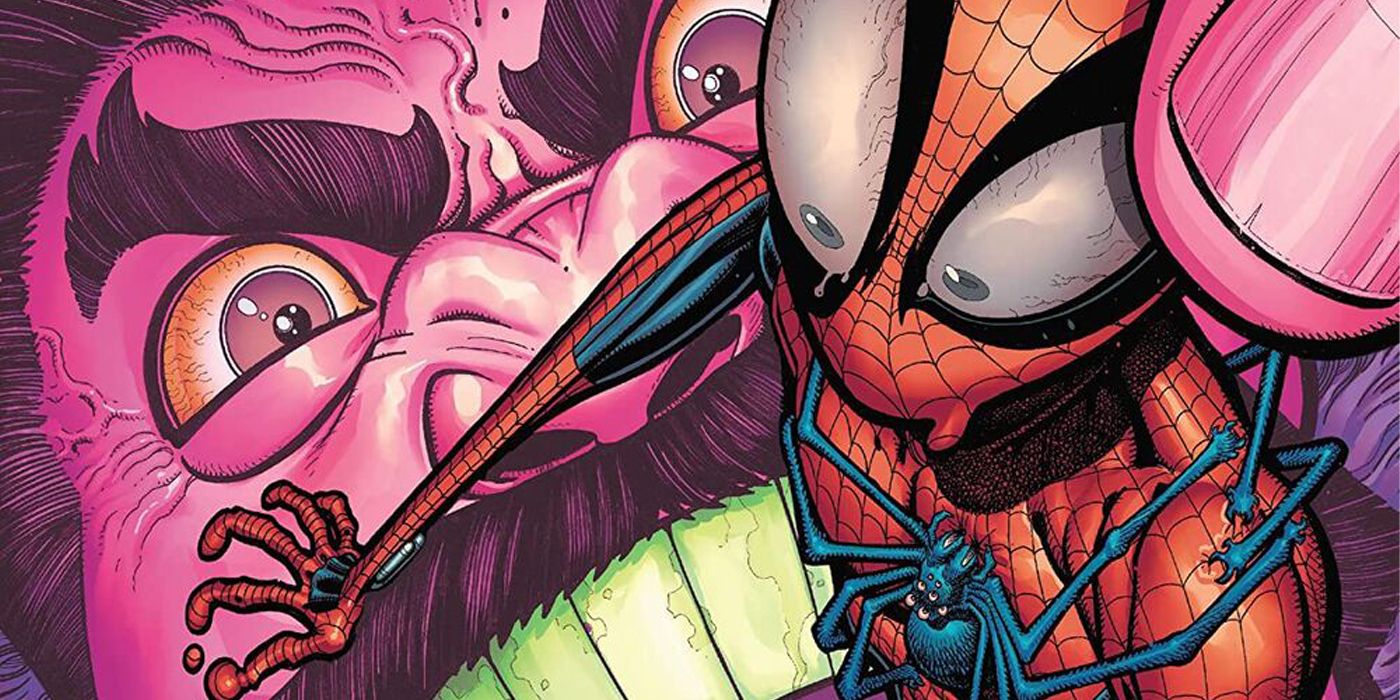 Ben Reilly goes on a bad trip in an official preview for Marvel Comics’ Amazing Spider-Man #80 by Cody Ziglar and Michael Dowling.

Set to arrive in comic shops this coming Wednesday, Dec. 1, Amazing Spider-Man #80 marks the sixth chapter in the “Beyond” saga — which sees Peter Parker’s clone, Ben Reilly, once again take up the mantle of Spider-Man, this time with the backing of the Beyond Corporation. This new issue promises to send Ben on a “hallucinatory spiral that will test his sanity like never before.”

Amazing Spider-Man #80 (the 881st issue of Amazing Spider-Man overall) picks up after Ben was drugged by Kraven the Hunter, not unlike how Kraven drugged Peter Parker in the acclaimed 1987 storyline “Kraven’s Last Hunt” by J. M. DeMatteis and Mike Zeck. Ben now finds himself in a horrifying hallucination, which takes being “off one’s face” way too literally.

Ben sees various key moments from Spider-Man’s history, such as Peter Parker being bitten by the radioactive spider, the newly-christened Spider-Man confronting Uncle Ben’s murderer, Spidey’s encounter with Kraven from the cover of 1965’s Amazing Spider-Man #34, the death of Gwen Stacy and the iconic scene of Peter abandoning his alter-ego in “Spider-Man No More!” from 1967. In all of these visions, the relevant characters are missing their faces. A massive Ben Reilly visage looks on before losing its face as well.

Arthur Adams’ cover art for Amazing Spider-Man #80 is fairly unsettling in its own right, showing a large, discolored Kraven preparing to “eat” Spider-Man, whose eyes are bulging through his mask as the spider on his suit seems to come alive, taking hold of his misshapen, melting body. 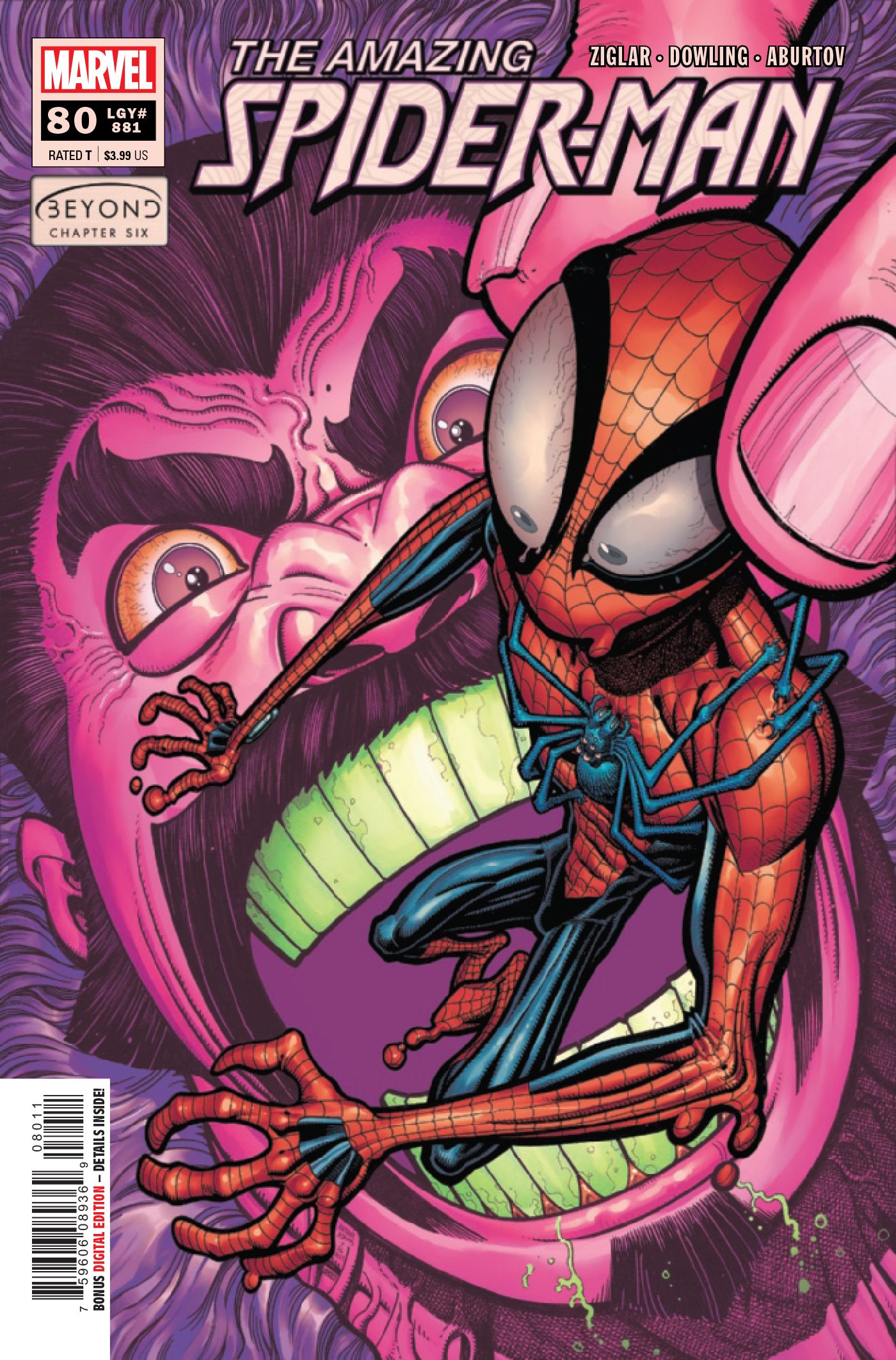 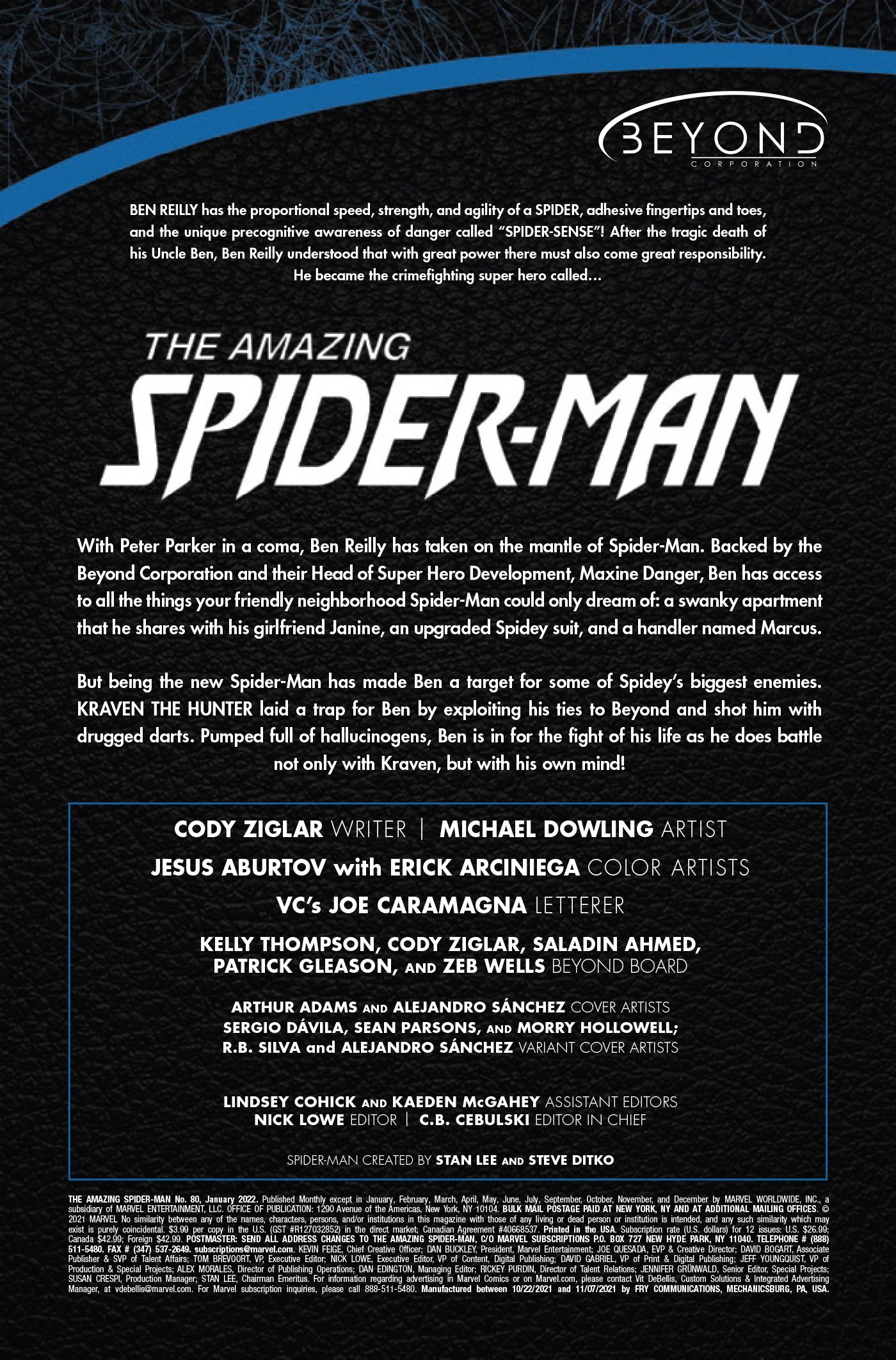 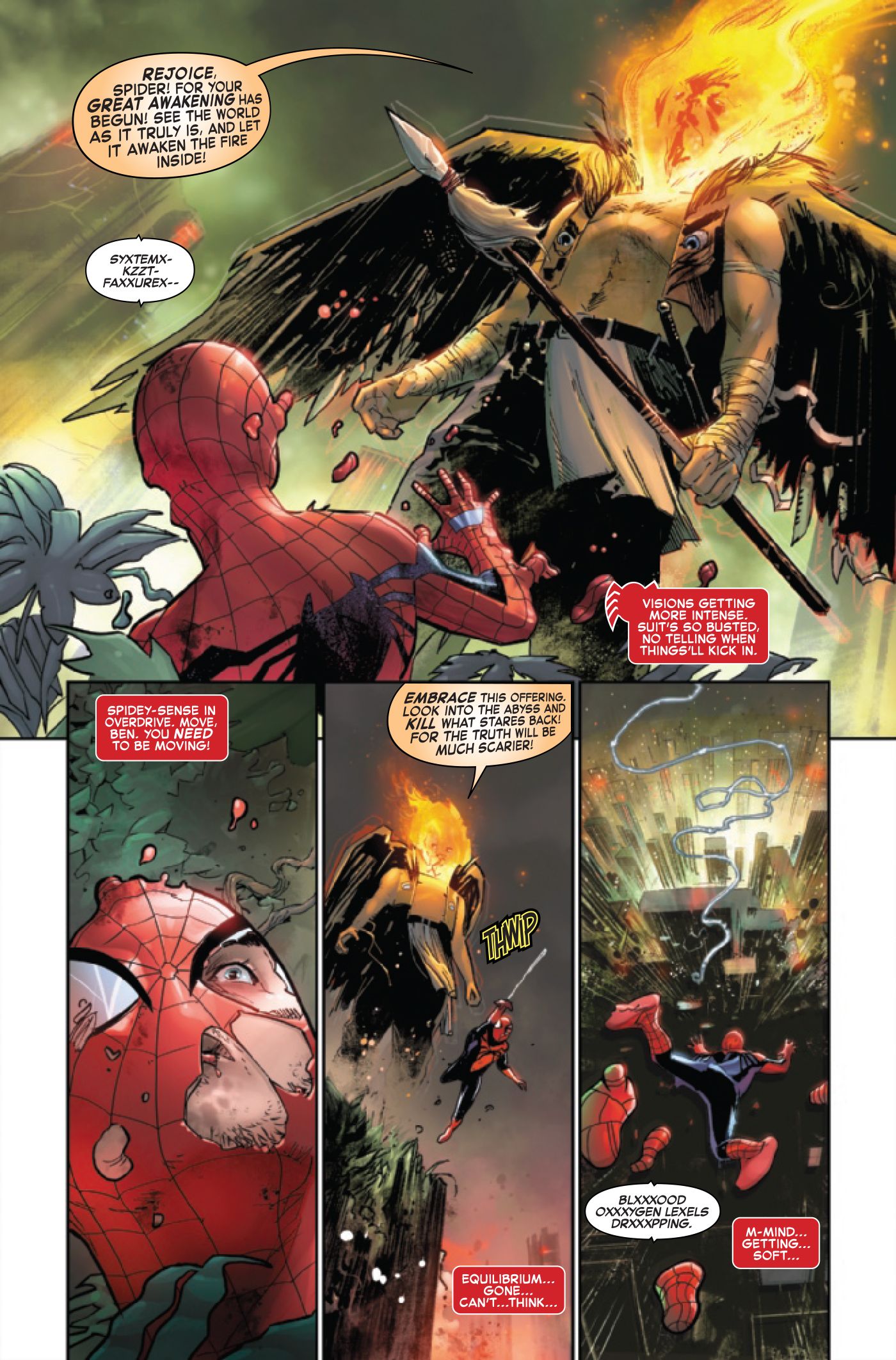 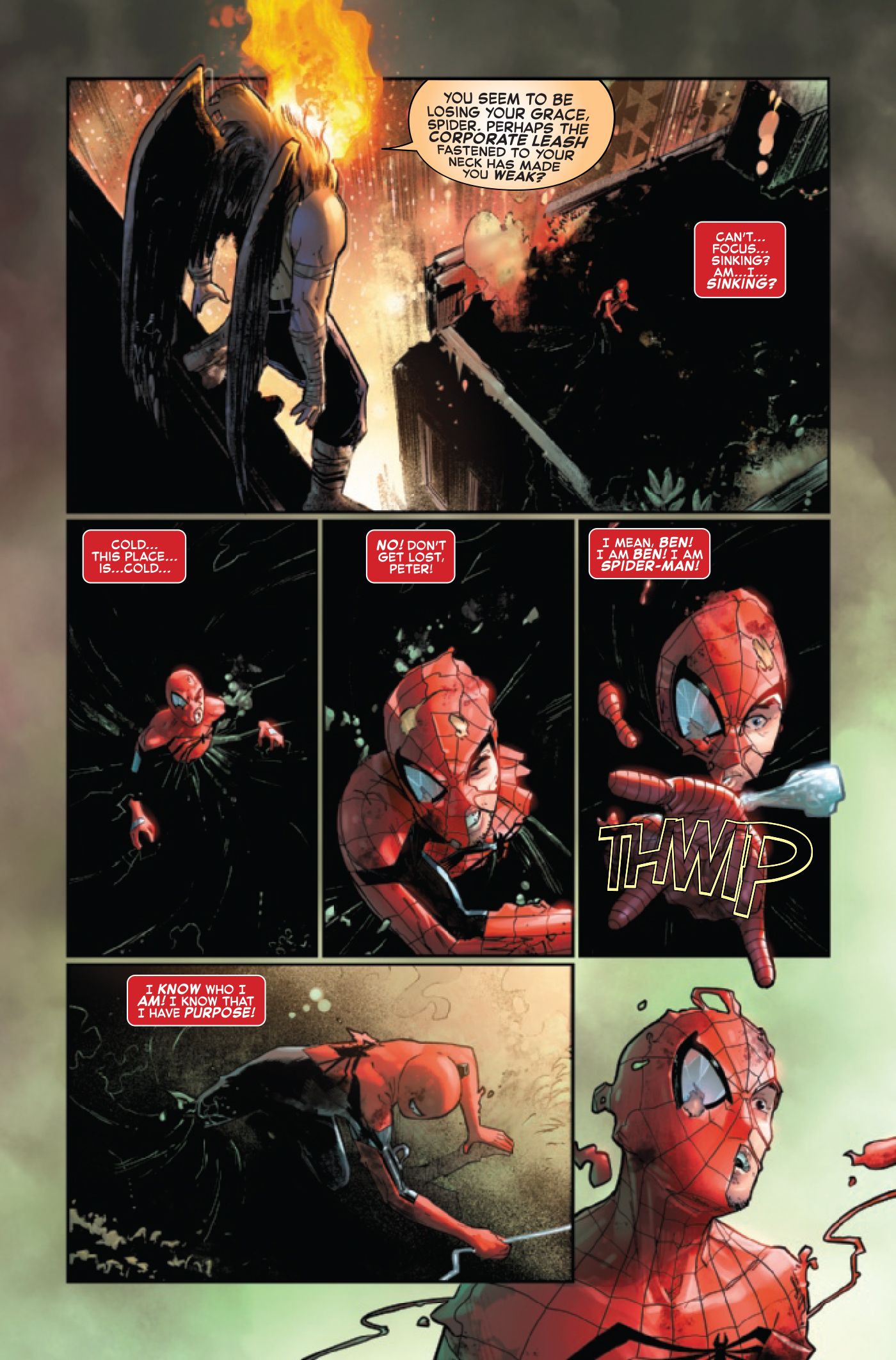 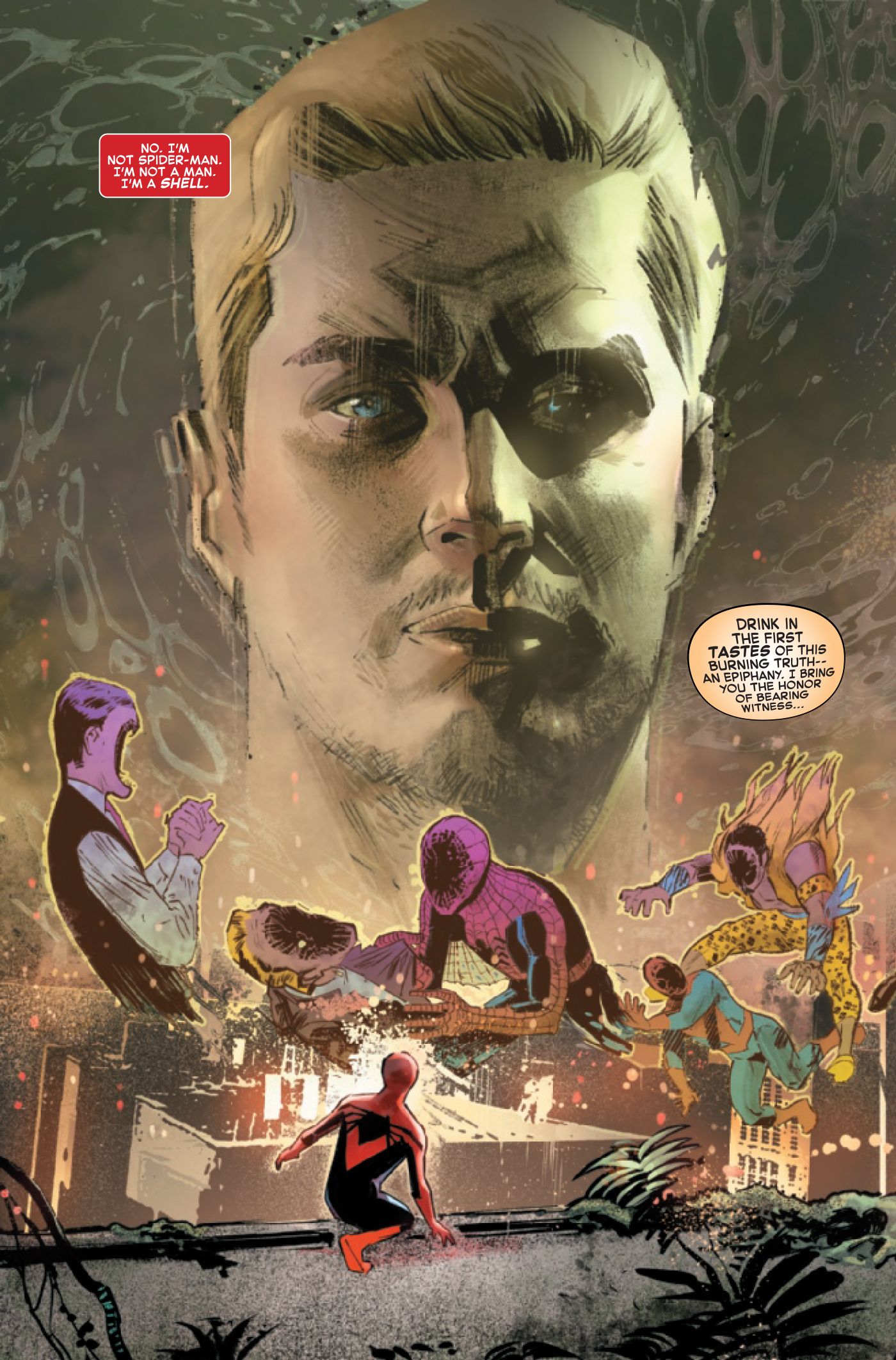 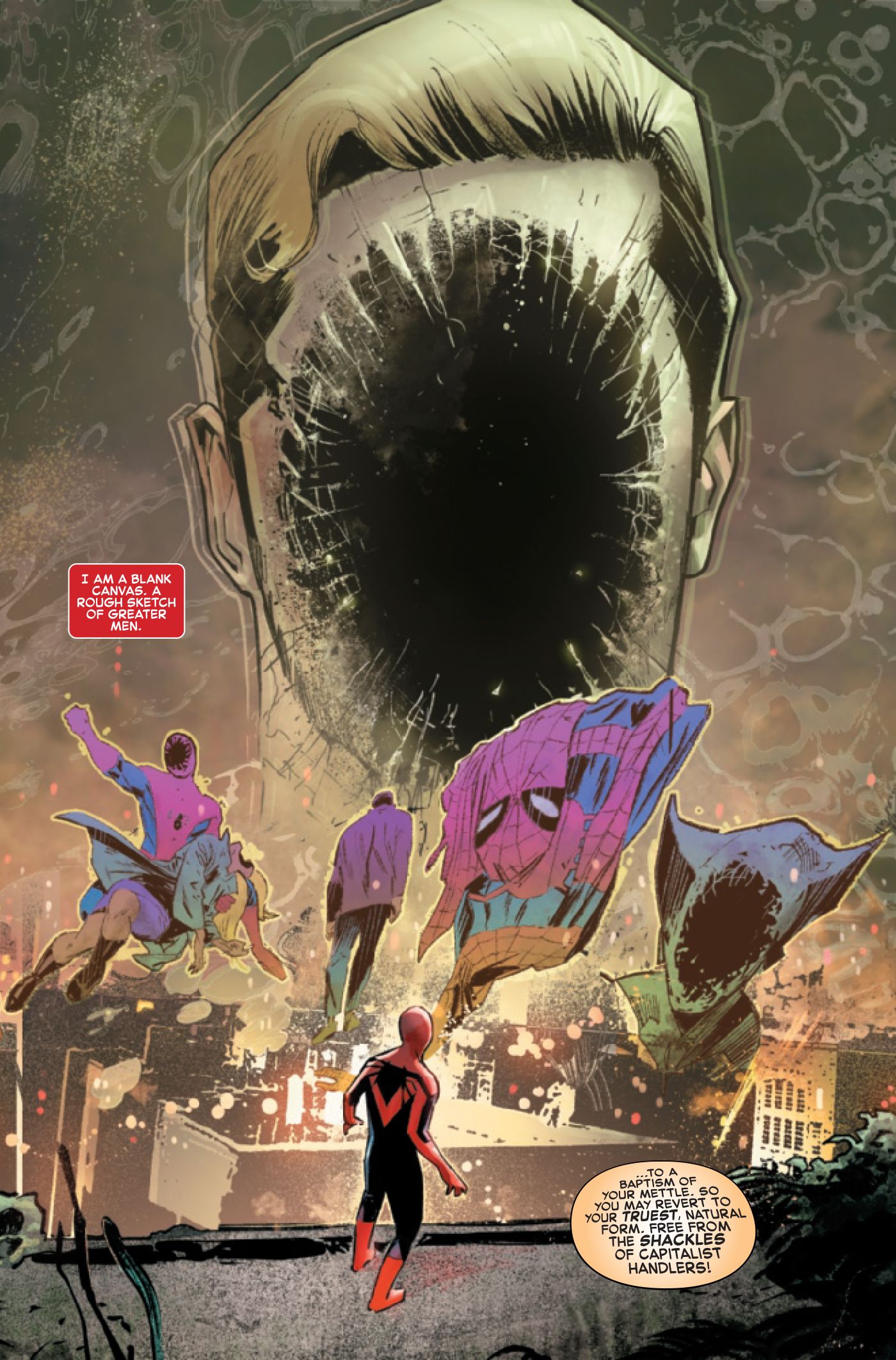