Batman goes through an impressive number of Robins. Especially since New 52 shrank the timespan by about a decade. Damian marked Robin #5 by Batman’s sixth year fighting crime. Add in the time Batman accumulated pre and between Robins, and most Robins don’t make it a year. (Stephanie only lasted a few weeks.)

The Robins may be the most divisive corner of Gotham, too. (Damian is the best at being a sidekick Robin, deal with it.) Most of the preference roots in the era the reader found Batman. I jumped on right before New 52, when Dick and Damian fought side by side. (Thanks to Darkseid, Bruce pinballed through history as a time bomb.) The Robins rarely meet up for long, which is a shame, because they have the best banter in DC. Each of them ribs the others like family, not coworkers.

Robins fixes the scarcity of good banter in DC, at least for the next 6 months. Robins #1 opens with an angry stranger catching a baby robin after its siblings bump it out of its nest. The stranger then tosses a frag grenade into the nest, killing the other Robins. As all Gotham villains, the stranger lacks subtlety. Cut to Bludhaven, where the Disciples of Anarky plan to bomb “City Government”, when the Robins show up. They defeat the bombers, though not as smoothly as one would want. Red Hood even kills a guy, which I guess means we get “Punisher” Red Hood, as opposed to “Rubber Bullets” Red Hood. The rest of the Robins seem only mildly annoyed by this, even though the Bat Family notoriously hates killing.

After the necessary fight scene, we get to the Robins at their best: eating at a table. The Robins shine at relaxing around each other, as they steal food and gripe about the lack of central air blowing at Dick’s. Nightwing called them all together to finally discuss whether or not being a Robin is a good thing. Is it irresponsible for Bruce to employ child soldiers? (Yes, obviously, but nice for them to ask) Dick starts out, but Stephanie and Jason give the more reflective answers. After they all say their piece, an unexpected intruder from the past barges in and sets up the mini-series. 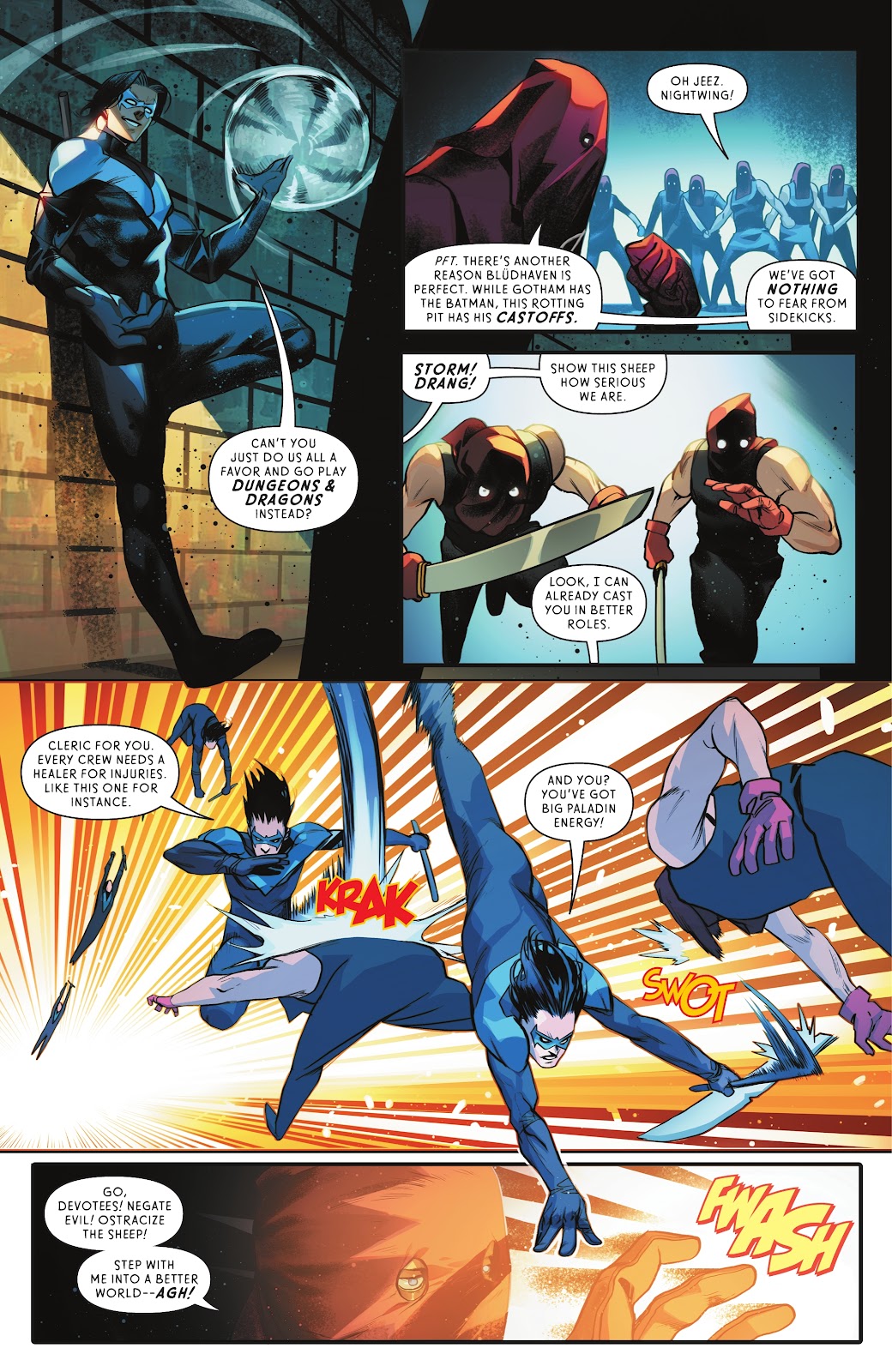 While I enjoyed the banter of the story, Jason’s relaxed murder and their reaction to it, clashes with previous depictions of the Bat Family. Jason sticks to non-lethal combat mostly these days, especially when he works with the Family. Seeley does set up a fun adventure though, nicely tying the Robins back to their pasts. The story sidesteps Batman as much as possible, letting the Robins exist as their own entities.

Rivas’s art mostly lands. though I don’t love some of the faces in the table talk scene. It’s too early to say if it’s an art style difference or plot relevant. Fajardo Jr.’s colors bring color to what could have been a dark book. Robin has always been the light to Batman’s darkness, so I appreciate the color contrast to the main book. Wands’ letters emphasize often, but with purpose. Nothing bolded unless the Robin would emphasize the word.

Verdict: Buy! While I have a few qualms with the book, I certainly can’t say I wasn’t entertained. A Robin-Family centric book only comes out once every few years, so I will happily dive into their fun and love for each other.