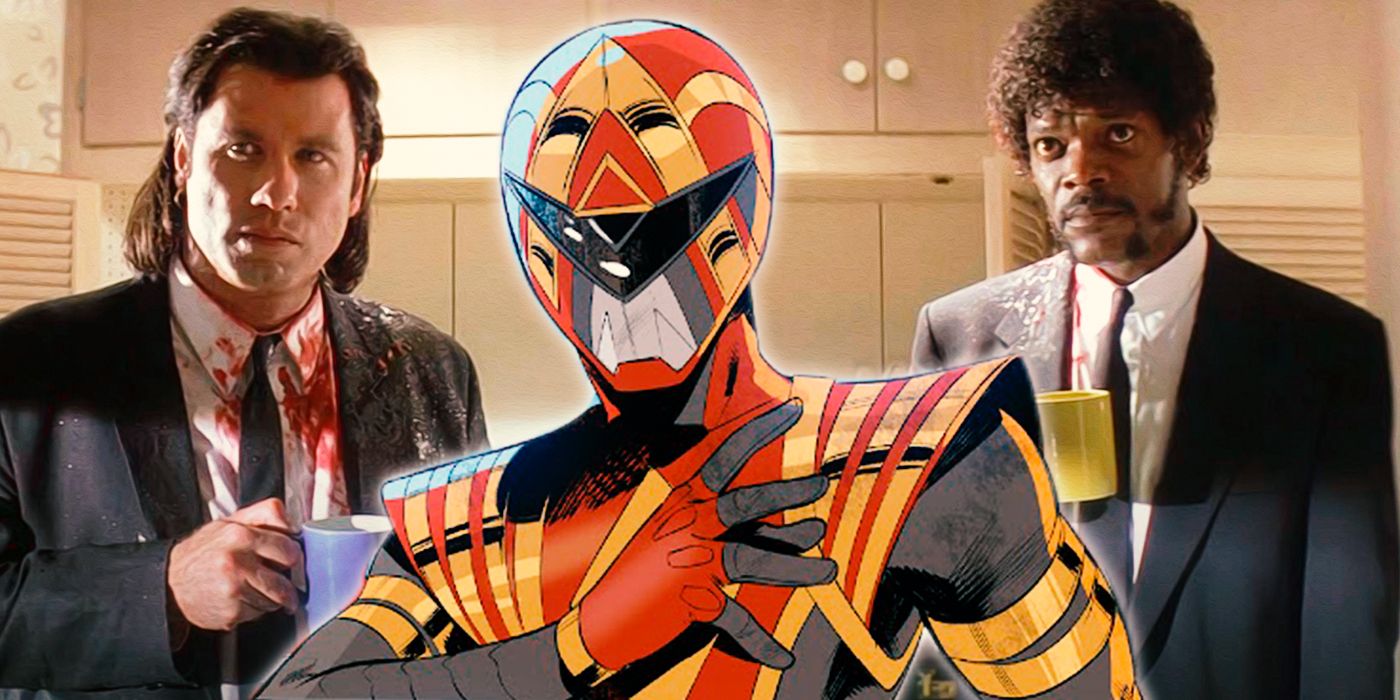 Both teams of Power Rangers have been going through the proverbial blender in their most recent issues. The Mighty Morphin and Power Rangers series (by Ryan Parrott, Francesco Mortarino, Marco Renna,  Raul Angulo, Walter Baiamonte, and Ed Dukeshire) have just completed a cohesive story that ignited the Eltarian Wars. The Ranger’s mentor Zordon was reduced to molecular matter and for all intents and purposes is dead, while Promethea and Earth have fallen to the Eltarian Empire and the Empyreals.

Power Rangers are still widely associated as a kids’ property, but the comics from BOOM! Studios have established a much darker and adult tone over the last couple of years. This is why their obvious reference to Quentin Tarantino’s classic film Pulp Fiction in Power Rangers #13 feels right at home. 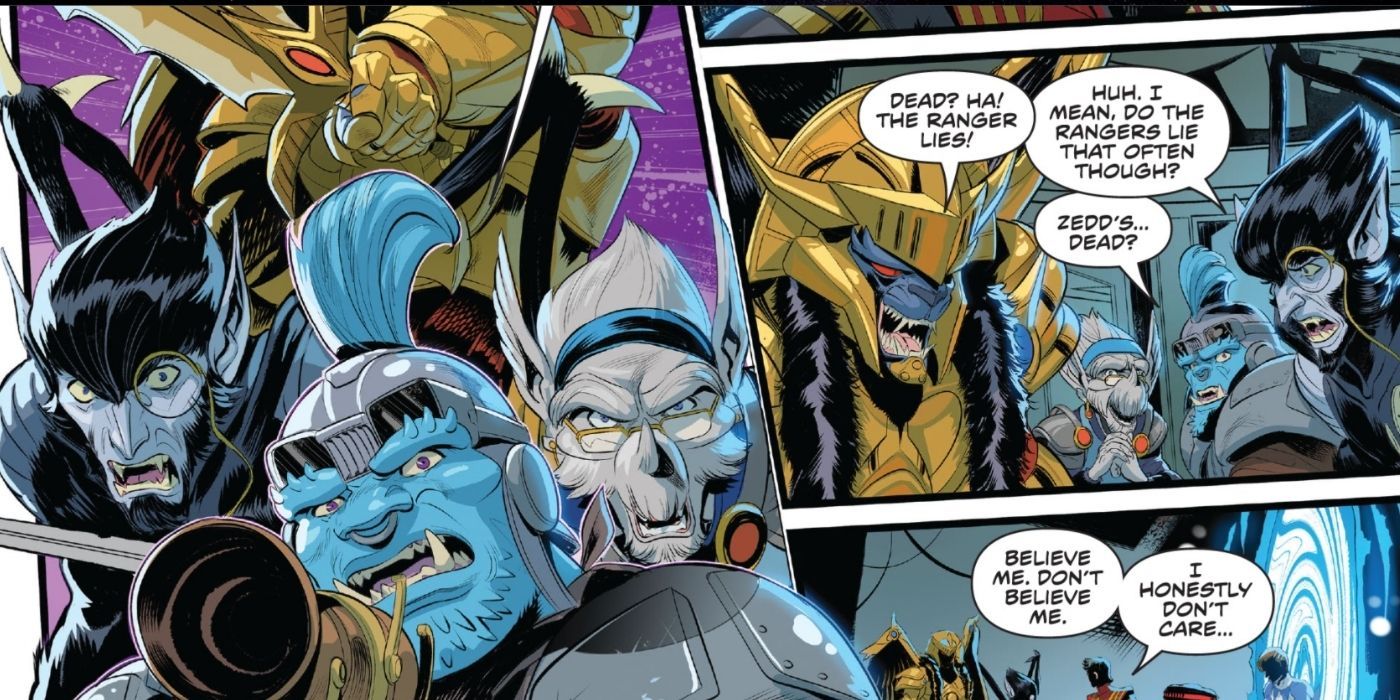 The Empyreals invaded Earth, destroying the moon and Lord Zedd along with it. Jason breaks the news to Zedd’s minions and they’re not sure if they believe him. “Zedd’s Dead?” Squatt asks in a clear reference to the beloved 1994 film starring Samuel L. Jackson and John Travolta. Bruce Willis’s character Butch says the infamous line after just murdering two men who held him captive. This reference seems incredibly dark and out of place in a comic book that is primarily thought of as a children’s title at first glance. However, BOOM! Studios has brought their Power Rangers comics a long way from their roots, giving them a darker and more mature feel. while nothing in this comic will ever come close to the shenanigans in a Quentin Tarantino movie, characters like Drakkon and the Ranger Slayer have added an incredible level of weight and consequence to the comics that the television shows never had.

Drakkon and the Ranger Slayer went on a conquest to take over the Morphin Grid. They manipulated time and space so they could kill and enslave Power Rangers from other timelines. The Shattered Grid storyline started a brand new paradigm in the stories of the Rangers. This opened up a world where the good guys don’t always win and the protagonists face real consequences and go through incredible hardships. 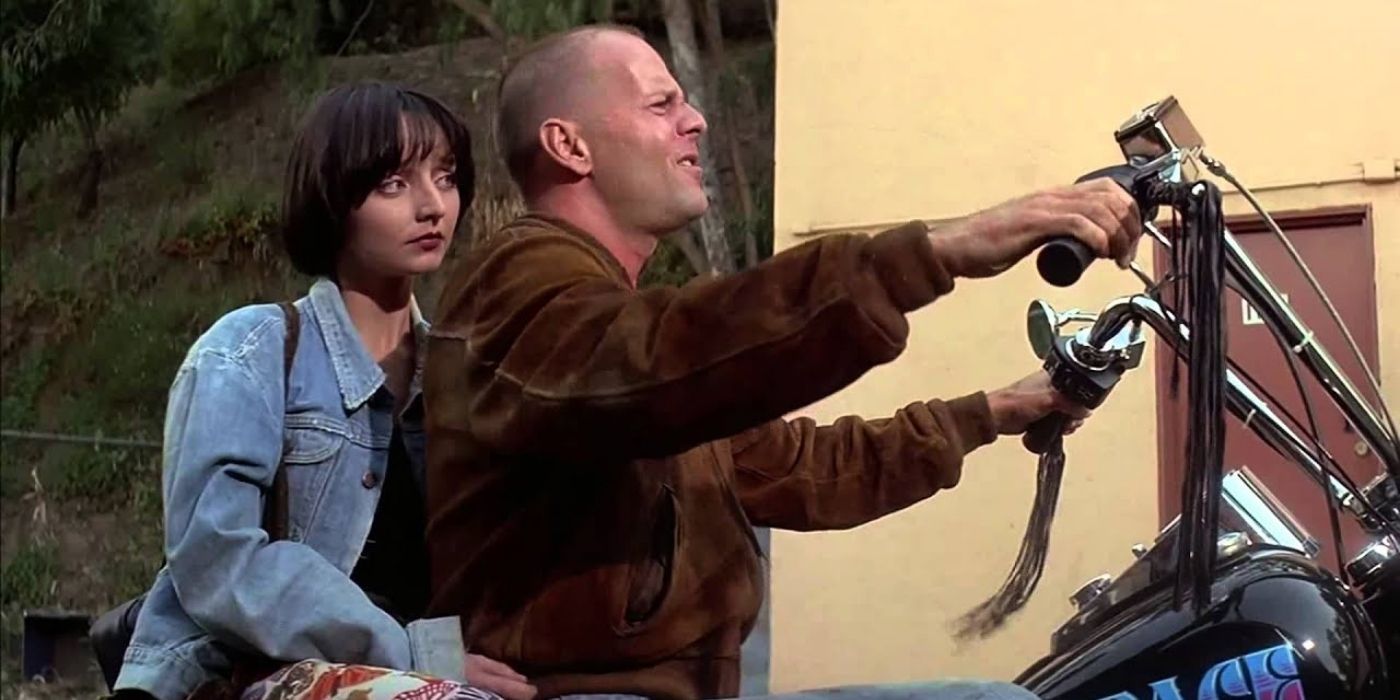 Plenty of fans who grew up on Mighty Morphin Power Rangers are now adults. BOOM! Studios has done a great job of walking a fine line between comics that young and mature readers will both enjoy. The storylines are simple enough for young readers to grasp but heavy enough that older readers will appreciate their gravitas.

Pulp Fiction references like this one are a tip of the hat towards the older readers that have been fans since the television show debuted in the ’90s. The Tarantino film is as fondly remembered as the original Power Rangers series, which still stands as one of the most iconic children’s shows of all time. Each of these has an important place in pop culture history and the marriage of the two feels like a match made in heaven.

The Batman Pulled From Russian Movie Theaters Before Premiere