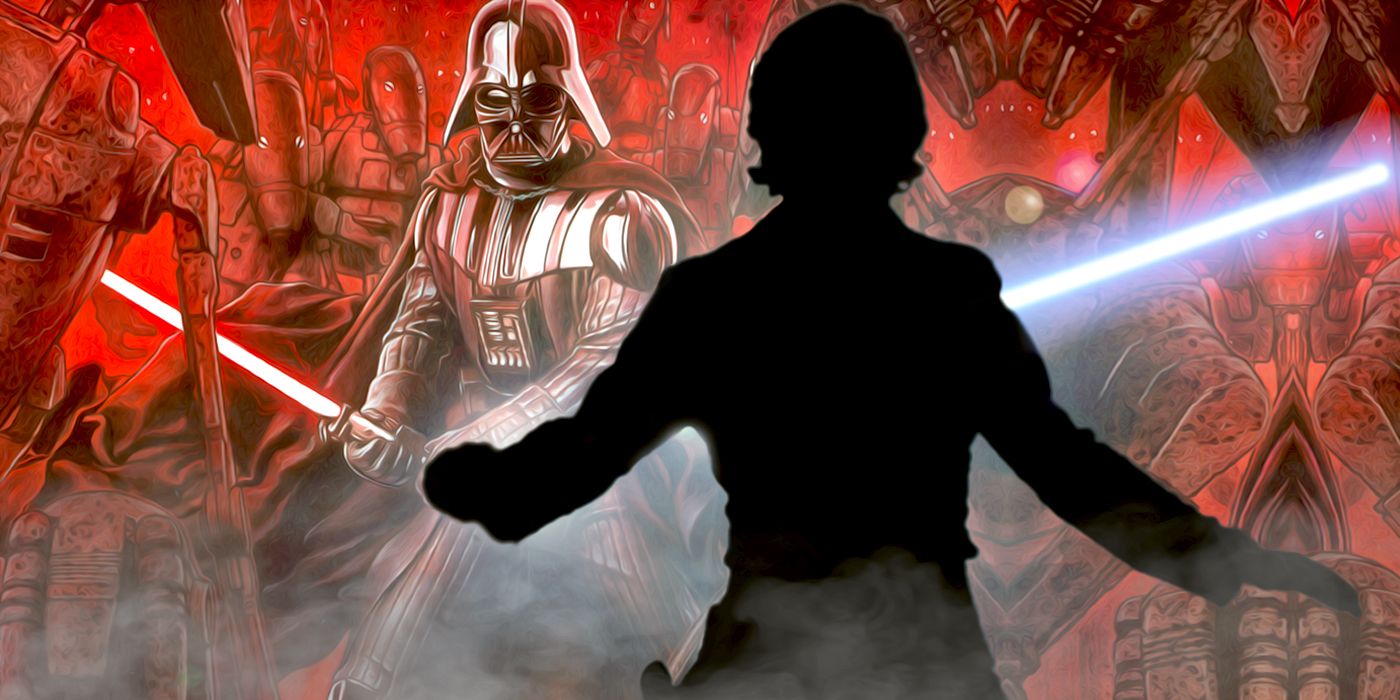 After Star Wars’ infamous Order 66 was executed, the Jedi Order was reduced to shambles, but there were a few survivors. Darth Vader eagerly accepted the task of hunting down the stragglers, but before he could begin, there was something he needed to do. Having lost his lightsaber during his fateful duel with Obi-Wan Kenobi, Vader needed a weapon. The story of how he acquired one was told in Darth Vader (2017) #3 and #4 (by Charles Soule, Giuseppe Camuncoli, Cam Smith, David Curiel, and VC’s Joe Caramagna). The task was made infinitely more difficult when Vader crossed paths with a Jedi who was arguably even more powerful than the Sith Lord.

Looking for an opponent, Vader researched and found Jedi Master Kirak Infil’a living on the moon of Al’doleem. Vader traveled there with the purpose of confronting the Master and taking his lightsaber crystal. The Sith Lord soon discovered, however, that this was no ordinary Jedi. Master Infil’a turned out to be a combat specialist who was extremely powerful in the Force, and more than a match for the Sith. Here’s how Master Infil’a became so strong and why he didn’t kill the newly christened Dark Lord. 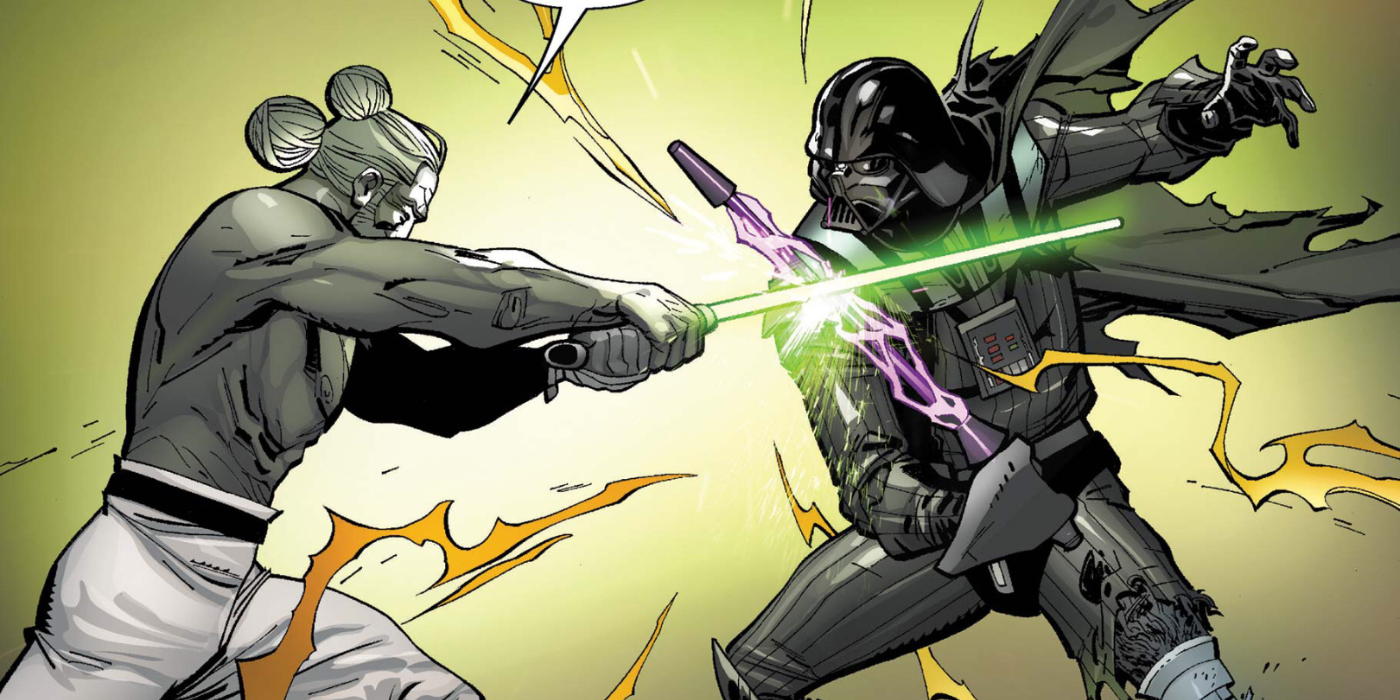 Vader’s fight with Master Infil’a began before he could even land. During his approach, a giant art sculpture rammed into his ship, and Vader was forced to make a crash landing. The Sith was soon confronted by Master Infil’a, whose power was immediately apparent. When Vader tried to invoke his trademark Force choke, the Jedi Master easily shrugged off the attempt. With his ranged attacks rendered useless, Vader pursued Infil’a up a mountain, facing many trials along the way.

When he arrived at the top, the duel was officially joined, with Vader attacking the Jedi with an energy weapon. Unfazed, Infil’a told Vader that he was weak, and couldn’t have single-handedly destroyed the Jedi Order without someone else pulling the strings. When one of Vader’s cybernetic legs failed, the Jedi took full advantage of the weakness and used the Force to push the Dark Lord off of a cliff.

Master Infil’a strength came from two specific factors. The first reason also explained why Master Infil’a wasn’t seen in any in any prior media. He had sworn an oath called the Barash Vow, which required him to refrain from all activities related to the Jedi Order. Traditionally, Jedi swore the vow out of penitence so that they could atone for their misdeeds, but more importantly, they re-focused on the Force. By separating himself, Master Infil’a increased his power by closely attuning himself to the Force, but it also allowed him to stay away from Palpatine’s corruption of it. Thus, Master Infil’a was more powerful than many Jedi during that time because he had a purer connection to the source of his power. 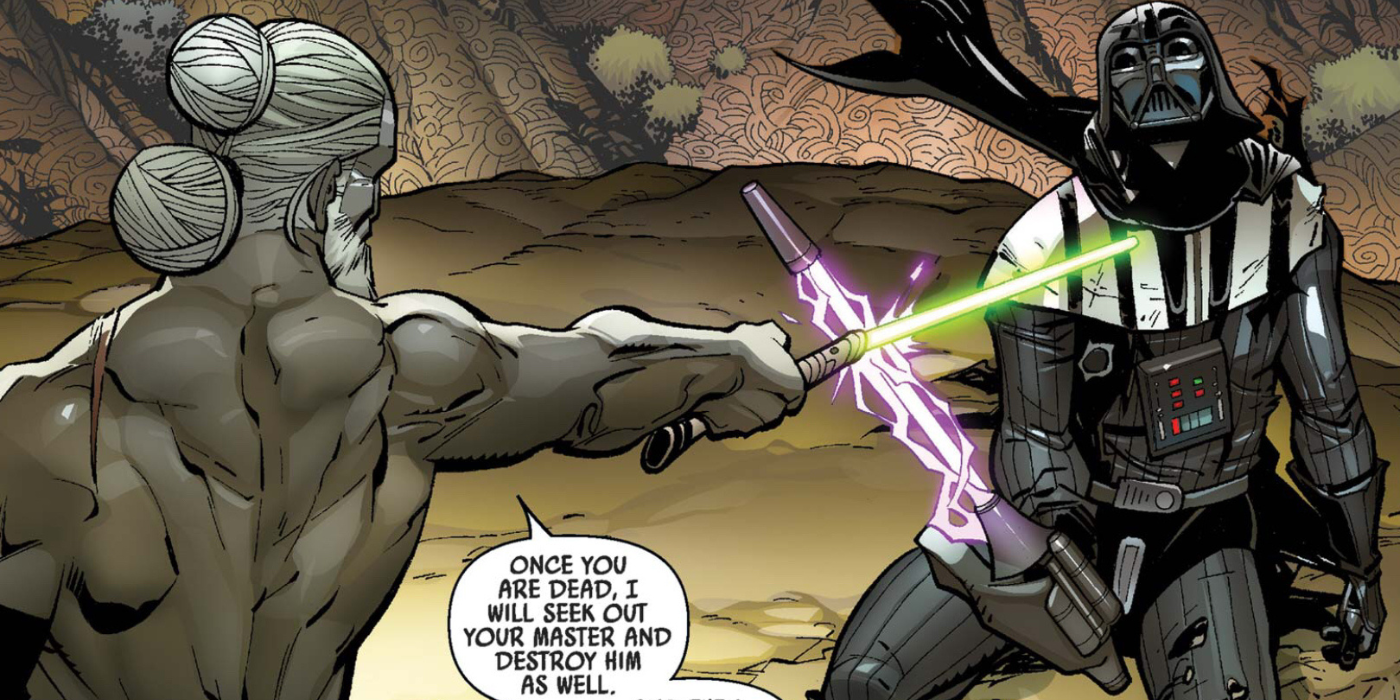 The second reason that Master Infil’a was so strong was his affinity for fighting. Vader’s research on the master indicated that he was a combat specialist. Before he left the Jedi Order, he didn’t partake in diplomacy, training, or research. Thus, he devoted all of his time to battle preparation. That fact was only accentuated after his Barash Vow because he had more free time to hone his craft. He knew that an adversary would come eventually, and was determined to be ready when that day came.

Unfortunately for Master Infil’a, Vader survived his fall, confronted the Jedi master again and killed him. To do so, however, Vader wasn’t able to overpower him; the Dark Lord had to distract Master Infil’a with the killing of innocents. Then, while Infil’a was trying to save them, Vader broke through his Force defenses, crushed his windpipe and killed him – proving his resourcefulness and callousness as a Sith.

Marvel Star Says He Hasn’t Been Contacted About Thunderbolts Movie