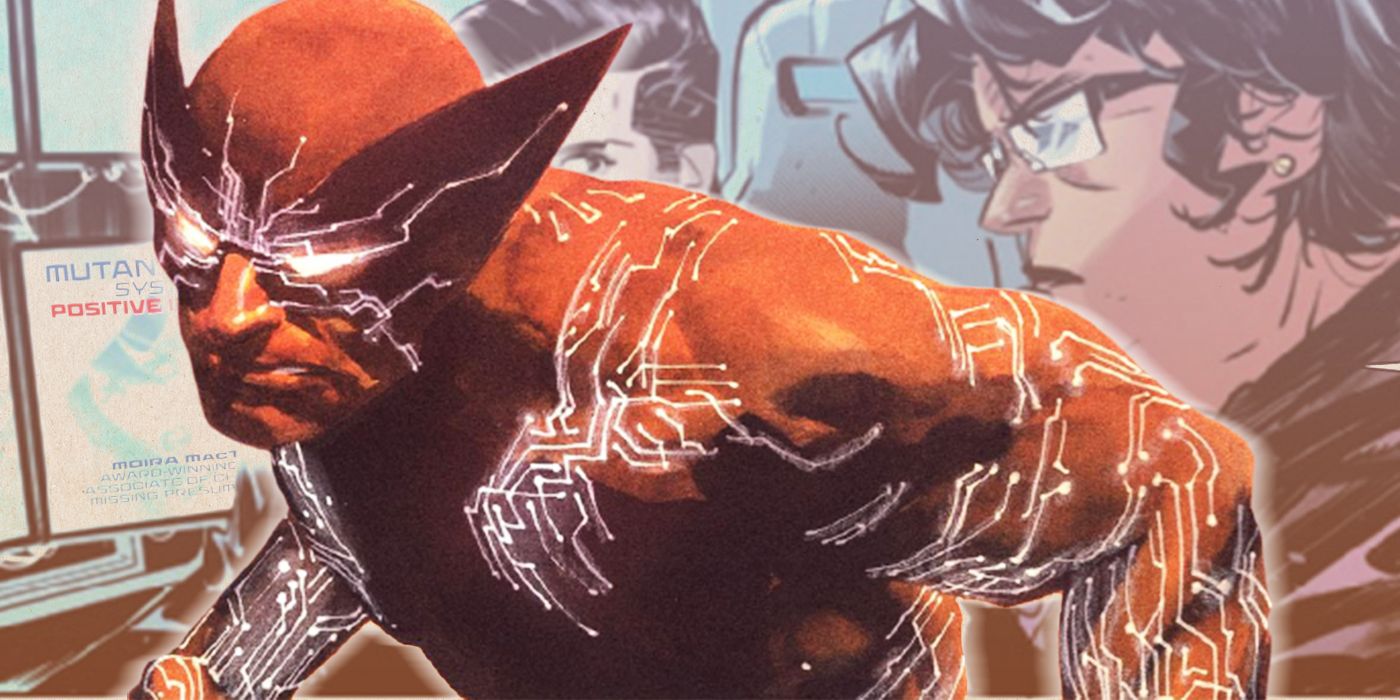 WARNING: The following contains spoilers for X Deaths of Wolverine #1 , on sale now from Marvel Comics.

The X-Men are currently in a very dangerous position. Although they’ve grown more capable than ever since their move to Krakoa, their newfound prestige and power comes with a host of danger and the potential for a devastating downfall. Any slip-up could radically change the X-Men’s path going forward, which makes the manhunt for a former mutant all the more significant.

X Deaths of Wolverine #1 (by Benjamin Percy, Federico Vicentini, Dijjo Lima, Frank Martin, and VC’s Cory Petit) largely focuses on Moira MacTaggert’s attempts to stay ahead of Mystique and the X-Desk. However, it could spell doom for the mutant nation if the information she carries about Krakoa is exposed to the world. 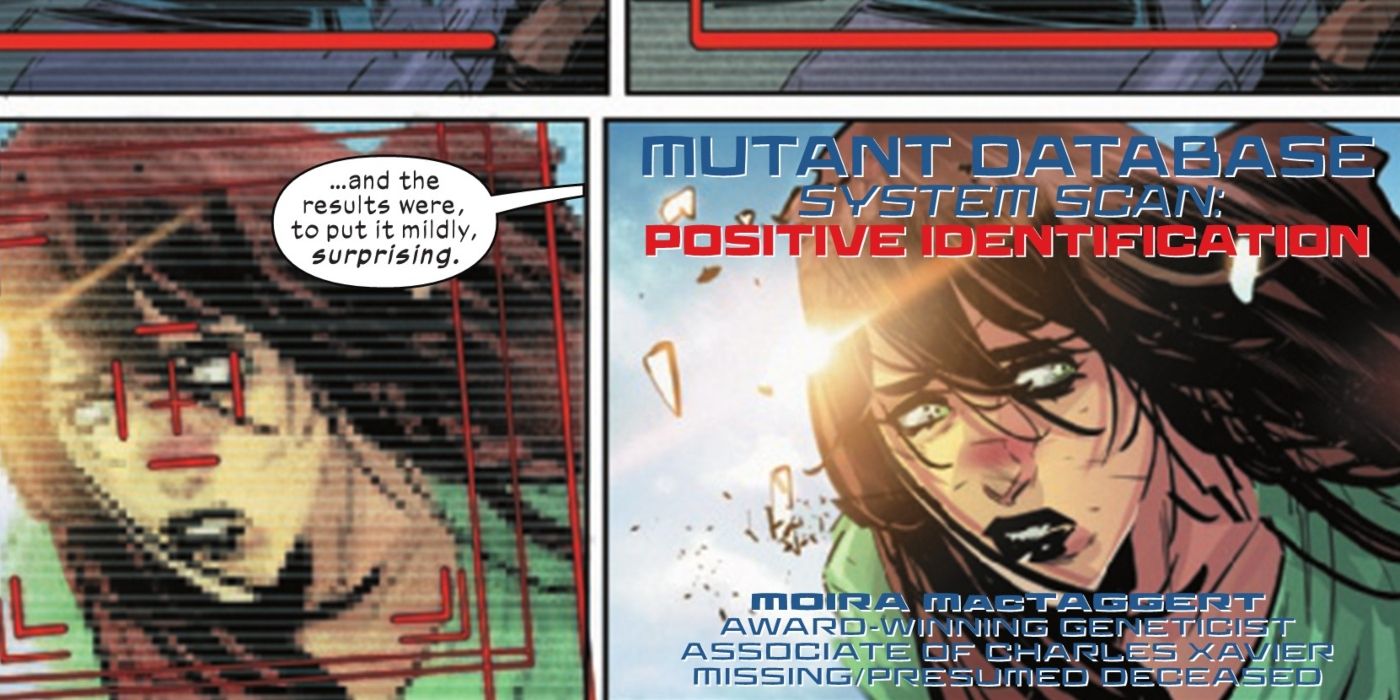 The conclusion of Inferno left Moira MacTaggert powerless and on the run from Mystique. After having effectively helped spearhead the creation of Krakoa, Moira’s true motivations and machinations have left her alone in the world. Luckily, she was given a head-start by Cypher, but it turns out it’s more than just Mystique who wants to find her. Given her wealth of knowledge about mutants and her long-standing connection to the X-Men, sightings of Moira throw various power players into chaos. The US Government’s X-Desk orders her capture, and it’s only a matter of time before other forces like Orchis join in on the pursuit.

Moira’s knowledge and experience with the X-Men would naturally make her a powerful asset to any enemy of the mutant nation. But Moira’s true knowledge extends far beyond just basic facts about her one-time allies. She’s aware of many of Krakoa’s greatest secrets, including the island’s vaunted and highly valuable resurrection protocols. She’s also aware of the various possible timelines in which the mutant race fails in their mission of species unification. The knowledge she has is likely enough to upset the X-Men’s delicate place in the world, revealing to allies and enemies alike of how far the mutants are willing to go, and the secrets they are willing to keep. 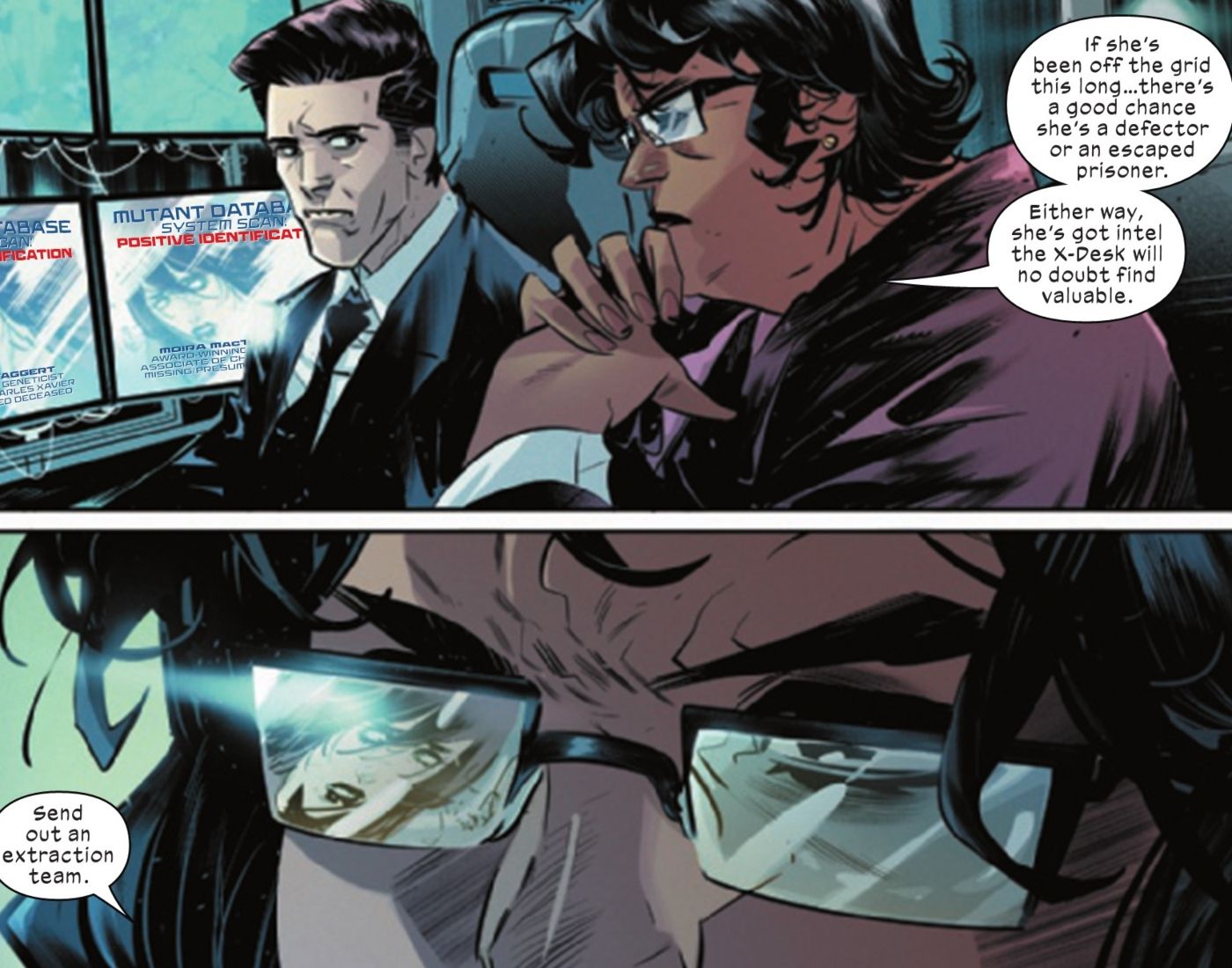 This is especially heartbreaking considering the influence Moira had on the mutant nation. It was her revelations to Charles Xavier that secretly set all of Krakoa in motion. Without her help, the X-Men would in all likelihood not been able to make bring the majority of the world’s mutants together in one nation, redeeming and reforming many in the process. Thanks to Moira’s influence and hard work, the mutants have developed a nation, cemented their place in the grander universe, and reaffirmed their position as heroes in the world.

Moira’s knowledge gives her the means to become the ultimate weapon against the X-Men. Her secret plan, as revealed in Inferno #4, was to “cure” the entire mutant race of their abilities, effectively ending the species. If she decides to become more aggressive with that original idea, she could become an even greater threat than Orchis. Moira quietly has the future of Krakoa in the palm of her hands, and could be a crucial element in bringing the mutant nation down for good.

KEEP READING: Marvel Proved Why Humans Are Right to Fear the X-Men

Jujutsu Kaisen Is Stepping Out with a Teddy Bear Collection