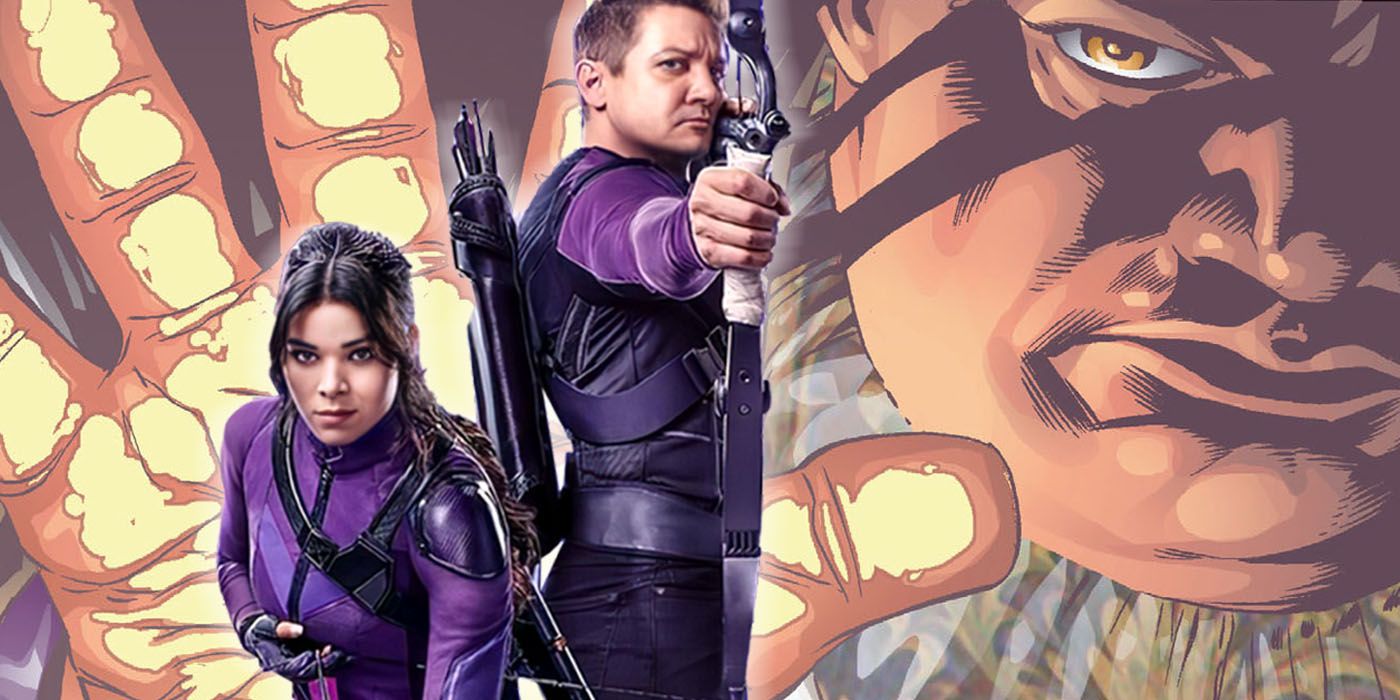 Today, we look at the Marvel superhero origin story that explains why comic book fans are so positive that Kingpin will be making his Marvel Cinematic Universe debut in the Hawkeye Disney+ TV series.

This is a feature called “Written in the Book.” It is basically the reverse of another feature of mine called “Follow the Path,” where I spotlight changes made to comic book characters that are based on outside media, as well as characters who entirely came from outside media. Nowadays, there are so many comic book films and TV series out there that we can spotlight examples of TV and film adapting specific and less famous comic book stories to other media (so no “Spider-Man lifts up debris” or stuff like that).

It seems like I constantly find myself doing Written by the Books that are SLIGHTLY different than the original intention of the feature, but I can’t help it, sometimes those are the most interesting ones. Here, then, we’re talking about a specific comic book influence on the MCU that is purely speculative, as we don’t yet know whether this is ACTUALLY an influence. However, I think it is still important to explain just why comic book fans have been so confident that Kingpin will be making an appearance in the Hawkeye series and why it is different from past fan speculation (like the infamous, “Everyone in WandaVision is Mephisto in disguise” stuff, which was NOT based on any specific comic book reference).

RELATED: How Did Hawkeye Originally Lose His Hearing – and Why Did the MCU Change It?

CBR’s Meagan Damore did an excellent rundown on why Echo’s MCU origin suggests that she might have the wrong motivation for her single-minded hatred of Ronin (not knowing that Clint Barton is Ronin). She wrote, “In ‘Echoes,’ the third episode of Hawkeye, flashbacks to Maya Lopez’s past revealed that a masked vigilante dressed just like Ronin killed her father, William. However, that scene may not be exactly what it seems, and we have a feeling that it may have more to do with Maya’s mysterious Uncle and Jack Duquesne, the fiancee of Kate Bishop’s mother, Eleanor.

First, let’s talk about that flashback. Shown through Maya’s perspective, the scene finds her showing up to the Tracksuit Mafia’s hideout, only to discover a bloody battle taking place. As she moves throughout auto repair shop, she catches glimpses of someone in a Ronin suit as he hacks and slashes his way through the gang. She looks on in horror as the man stabs her father through the chest. She immediately runs to William, allowing “Ronin” to escape through the window while her father dies in her arms. That leads to her situation in Episode 3: the capture of Clint Barton and Kate Bishop, and the near-culmination of her quest for revenge.”

As Meagan notes later on, that is VERY similar to Echo’s comic book origin, which is why people are so confident that Kingpin will be appearing in the TV series.

RELATED: Which Marvel Superheroes Were Ronin Besides Hawkeye – and Who was the Best?

“Parts of a Hole” took place in Daredevil Vol.2 #9-15, the first issues after Kevin Smith stopped writing the relaunched Daredevil series (which was relaunched as part of a deal that Marvel made with Joe Quesada and Jimmy Palmiotti’s Event Comics to take over a few titles under an umbrella title of “Marvel Knights”). Written by David Mack with artwork by Joe Quesada, David Ross, Rob Haynes and Jimmy Palmiotti, this story introduced Maya Lopez, a deaf woman who Matt falls for, giving his life some new meaning in the wake of Karen Page’s murder. However, what he doesn’t know is that Maya Lopez has been manipulated by the Kingpin into believing that Daredevil murdered her father. 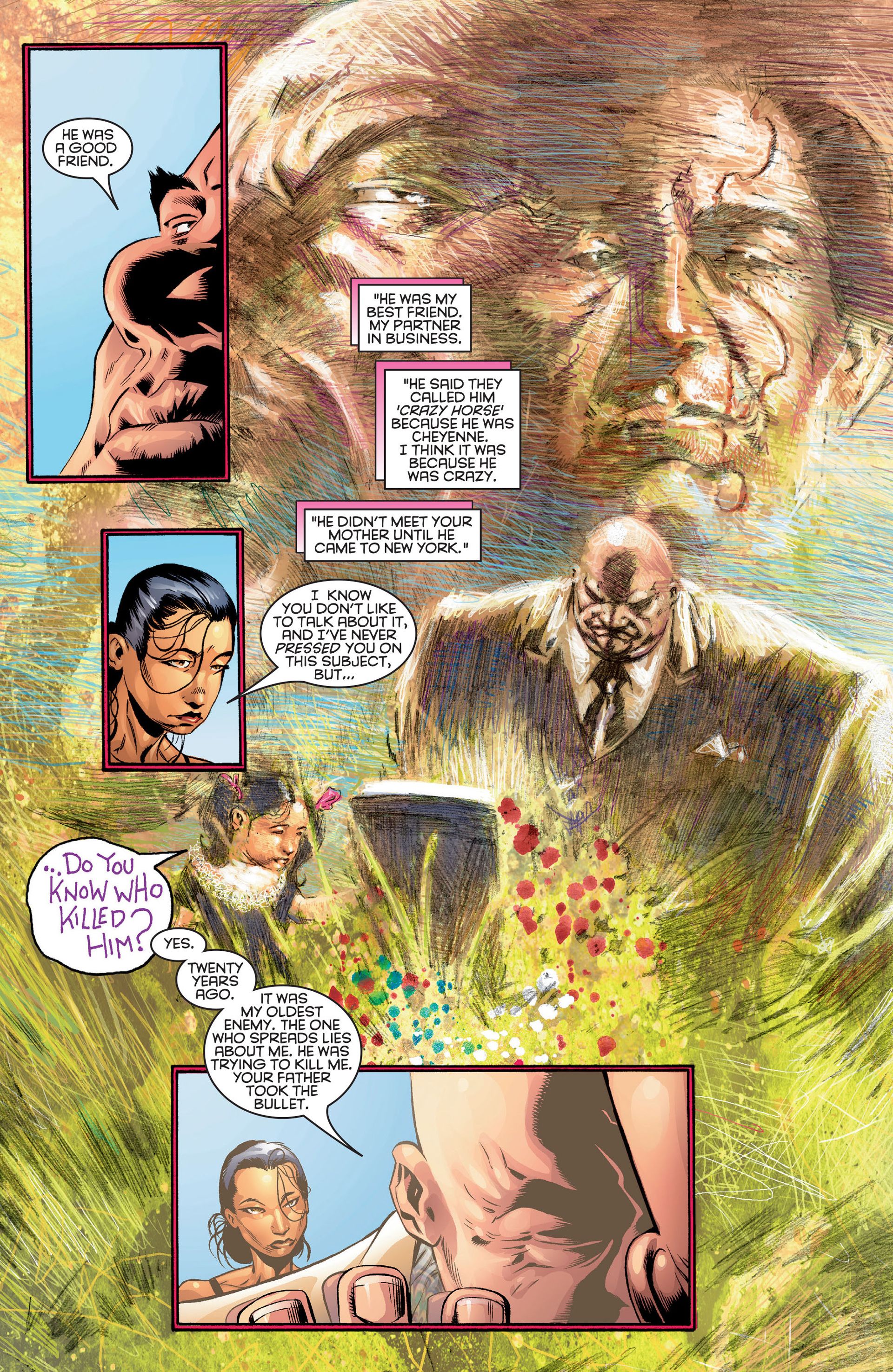 Kingpin and Maya have a very close uncle/niece relationship… 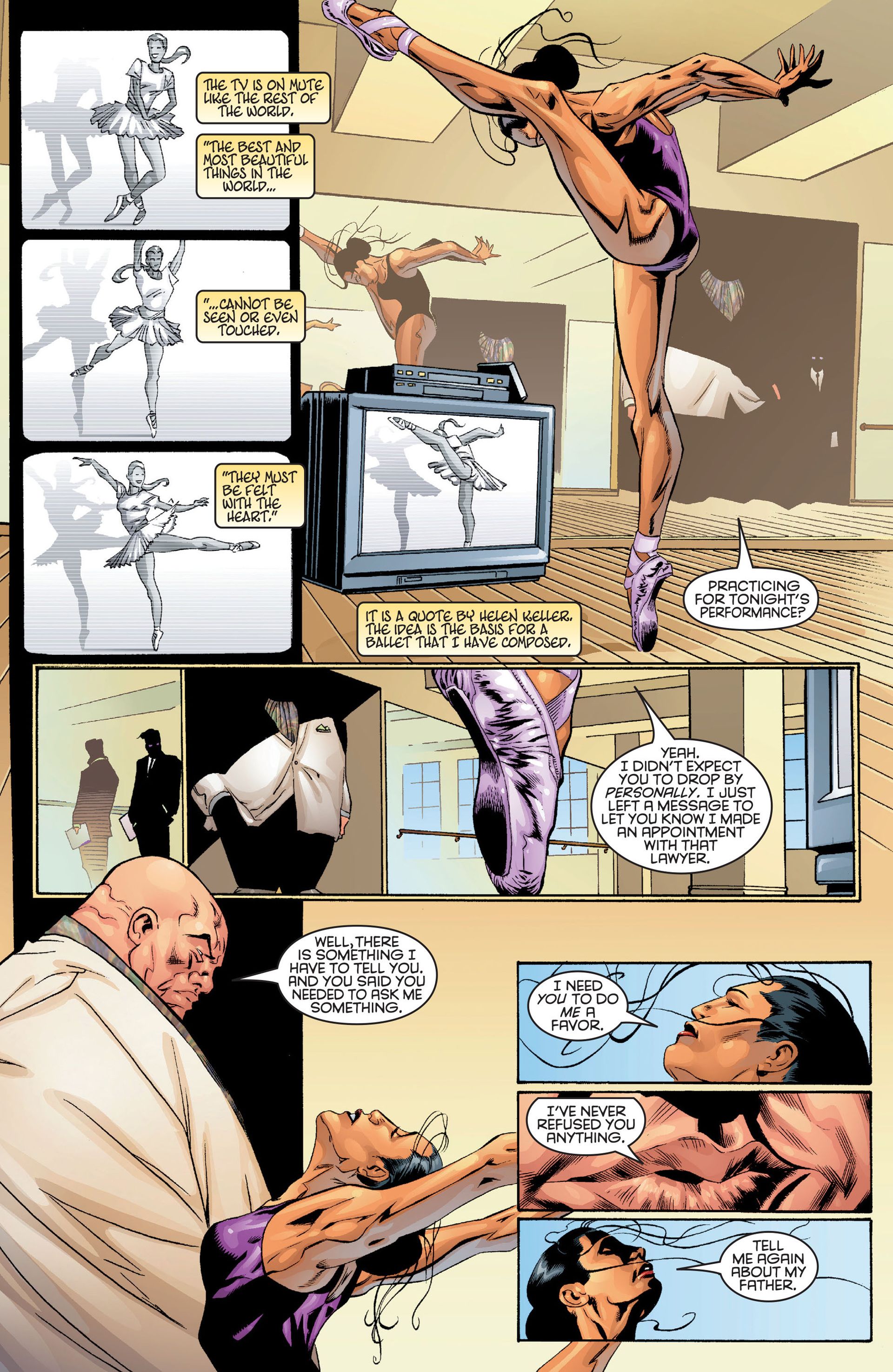 Decked out as the vigilante Echo (she has a big white handprint on her face, to echo the bloody handprint her father left as he died), she has photographic reflexes, similar to the villain Taskmaster. So she can echo anyone’s skills that she studies. She is also a highly trained athlete, so that allows her to implement the skills she studies. So when she takes on Daredevil, it is tough for Matt, as he instantly recognizes her (she isn’t exactly wearing much of a disguise), so how does he handle fighting the woman who he has fallen for? 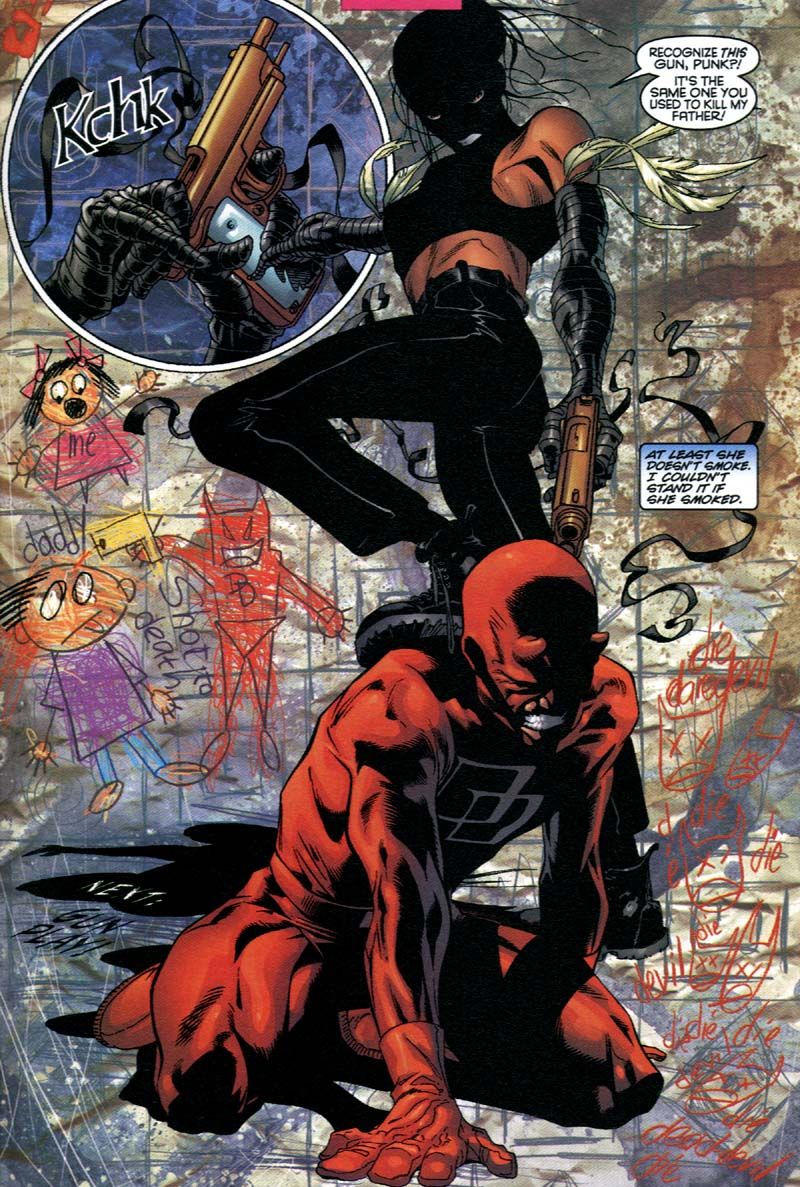 Joe Quesada did a wonderful job on the art for the issues he did for this story.

But of course, the twist is that it was KINGPIN who killed her father, not Daredevil… 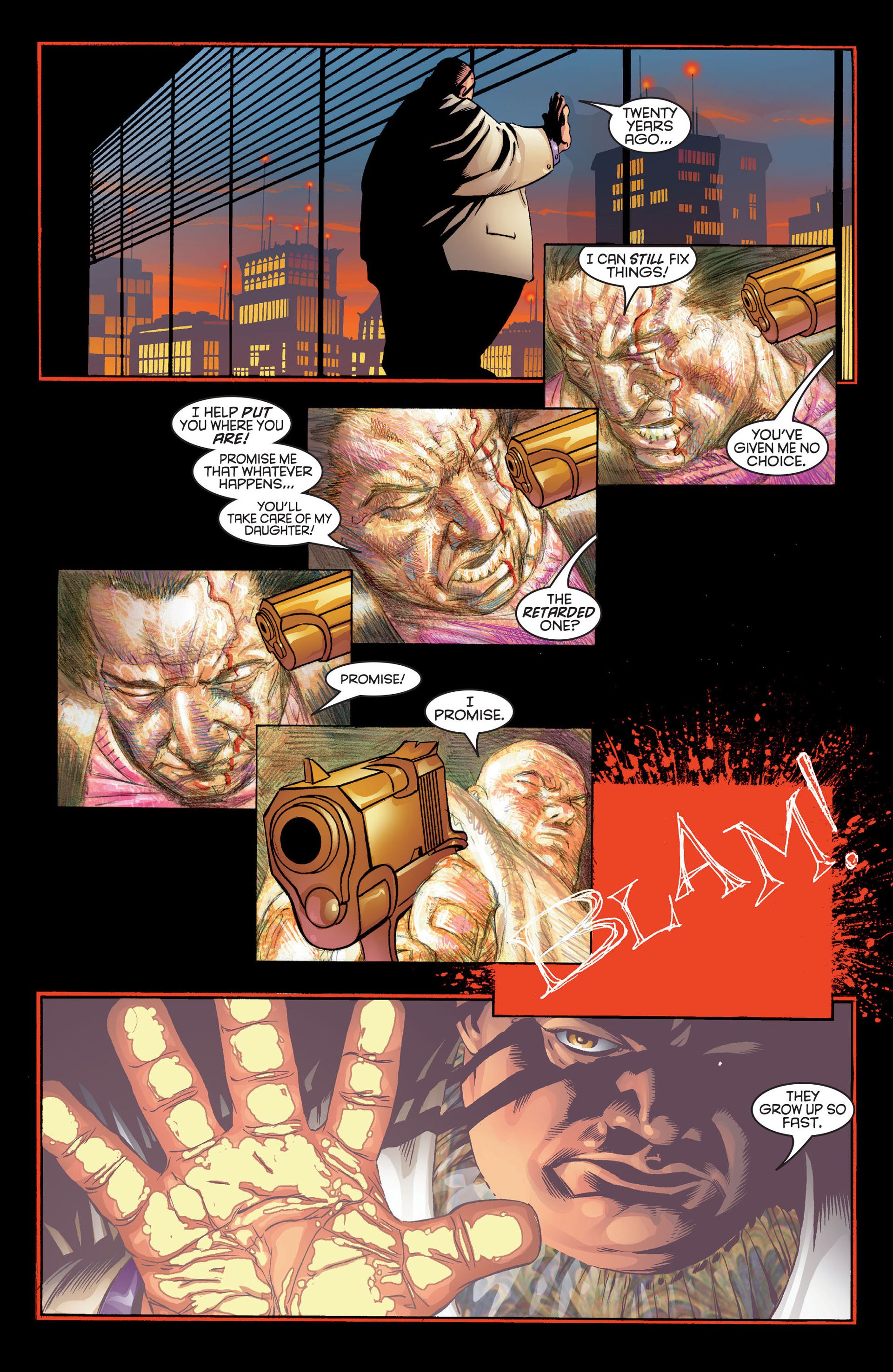 As you can see, Maya’s comic book origins are EXTREMELY similar to her MCU origins (which, by the way, would still make this count as a Written in the Book feature even if Kingpin somehow doesn’t show up in the TV series), so when a show pays THIS much close detail to a comic book origin, it certainly makes sense that fans would think that the show would make the next step of having Kingpin play the same role that he played in the comics in the MCU, as well, even though obviously there has already been a major change to the original story, with Maya believing Daredevil killed her father in the comics and believing Ronin did so in the MCU. Still, that is the reason why people are so confident that Kingpin WILL be showing up in the series (and possibly as soon as the next episode of the series, the penultimate fifth episode, due out this Wednesday).

If anyone has a suggestion for a future edition of Written in the Book, be sure to drop me a line at brianc@cbr.com. Remember, I’m not looking for the really obvious stuff, but more stuff that many people wouldn’t even necessarily automatically know was adapted from a comic book.