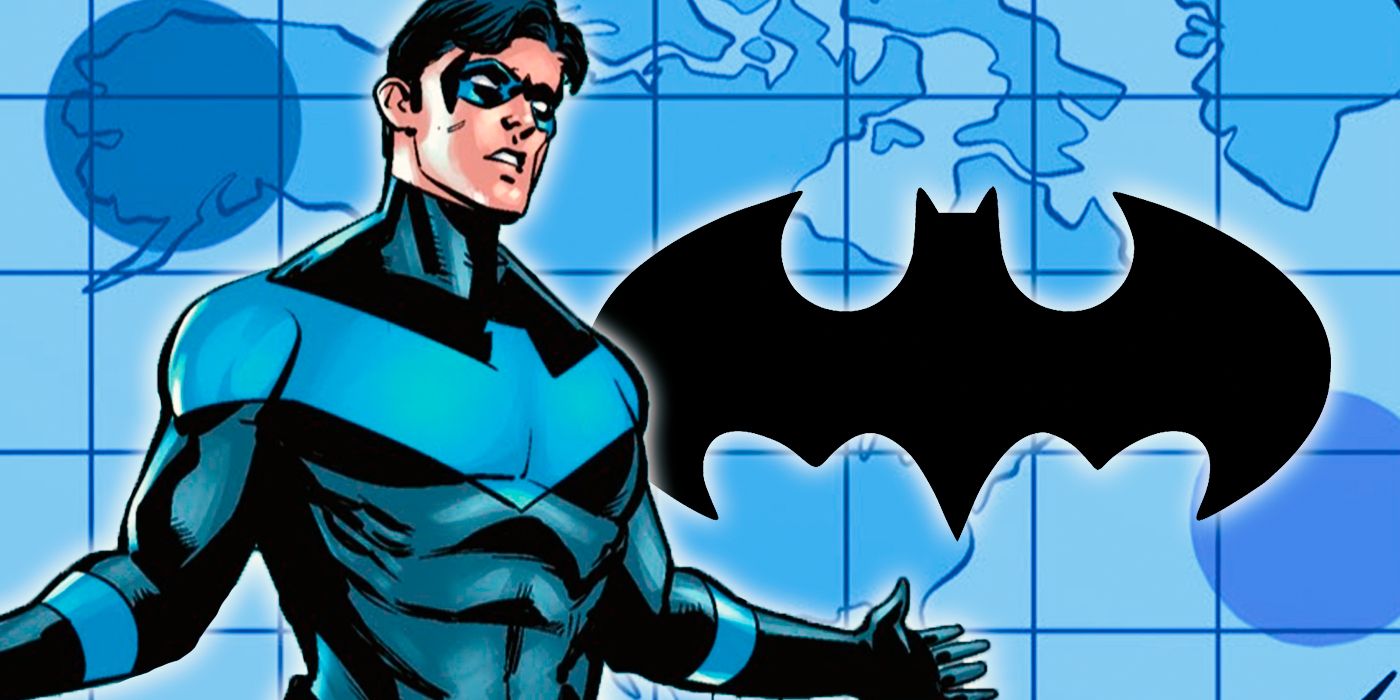 Batman has one rule – do not kill. It’s been a major part of the character for decades now. Every time that he or one of his allies has ever even considered crossing that line, it has been a big deal. It’s one of the main focuses of the anti-hero Red Hood and the rocky relationship this former Robin has with his mentor. Now, one of Batman’s best partners is thinking about breaking this sacred rule for what he believes is a good reason.

The end of the universe is coming in Teen Titans Academy #10 (by Tim Sheridan, Mike Norton, Tom Derenick and Rob Leigh). Having learned that they’ll be responsible for the destruction of reality, the Titans have been given a solution to their problem that will let them avoid disaster before it ever arrives. Unfortunately, they will have to kill one of their child students in order to avert this pending doom.

RELATED: DC Made the Teen Titans Child Killers – But It’s More Tragic Than You Think 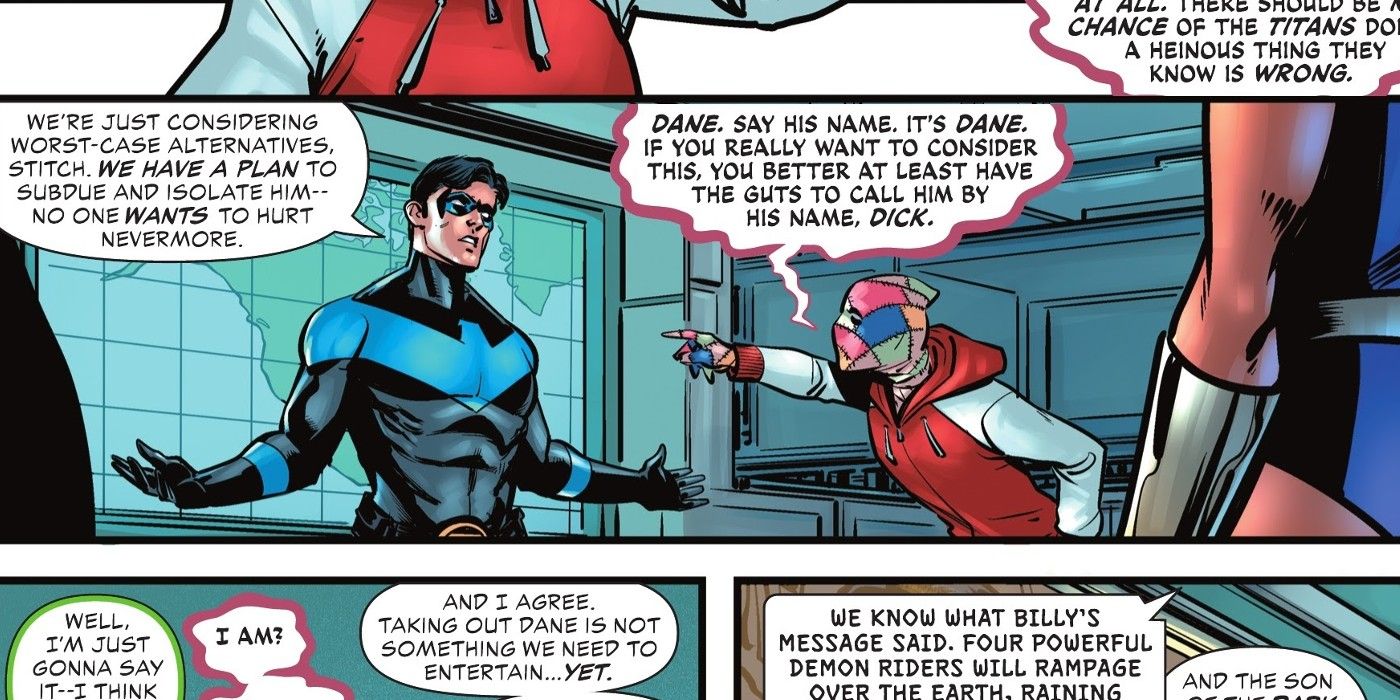 Rather than immediately reject the idea, the Titans take it under serious consideration. Among them their leader, Nightwing appears to consider it most of all. Although he claims it’s just a worst-case alternative and that they’ll simply try and capture their universe-ending student Dane, he still isn’t ruling out the option, presumably for the sake of the world.

The fact that the leader of the Titans is even considering this course of action at all is surprising considering the direction of his own title. The current run of Nightwing (by Tom Taylor and Bruno Redondo) is incredibly positive and hopeful, with Dick Grayson looking to fix problems however he can. What happens in Teen Titans Academy goes completely against that characterization, giving the issue a very dark undertone. It also makes it seem like Dick is willing to follow Batman’s most important rule when it comes to localized threats, but in higher level conflicts that come with universal consequences, he is willing to think outside of the bat-shaped box in the worst way possible.

This is not the first time that Nightwing has considered killing. In fact, Batman’s original Robin has broken the Dark Knight’s sacred rule in the past. In Joker: Last Laugh #6 (by Chuck Dixon, Scott Beaty, Rick Burchett, Mark Lipka, Dan Davis, Gina Going, and Willie Schubert), it appeared that the Joker had killed Tim Drake. This, combined with the lingering trauma from Jason Todd’s death, was enough to push Dick to finally end the threat of the Joker for good. The insane villain was revived shortly thereafter and Nightwing regretted his decision instantly, but it still didn’t change the fact that he had crossed a serious line.

RELATED: Nightwing: Dick Grayson’s Enemies Have Finally Caught Up to Him 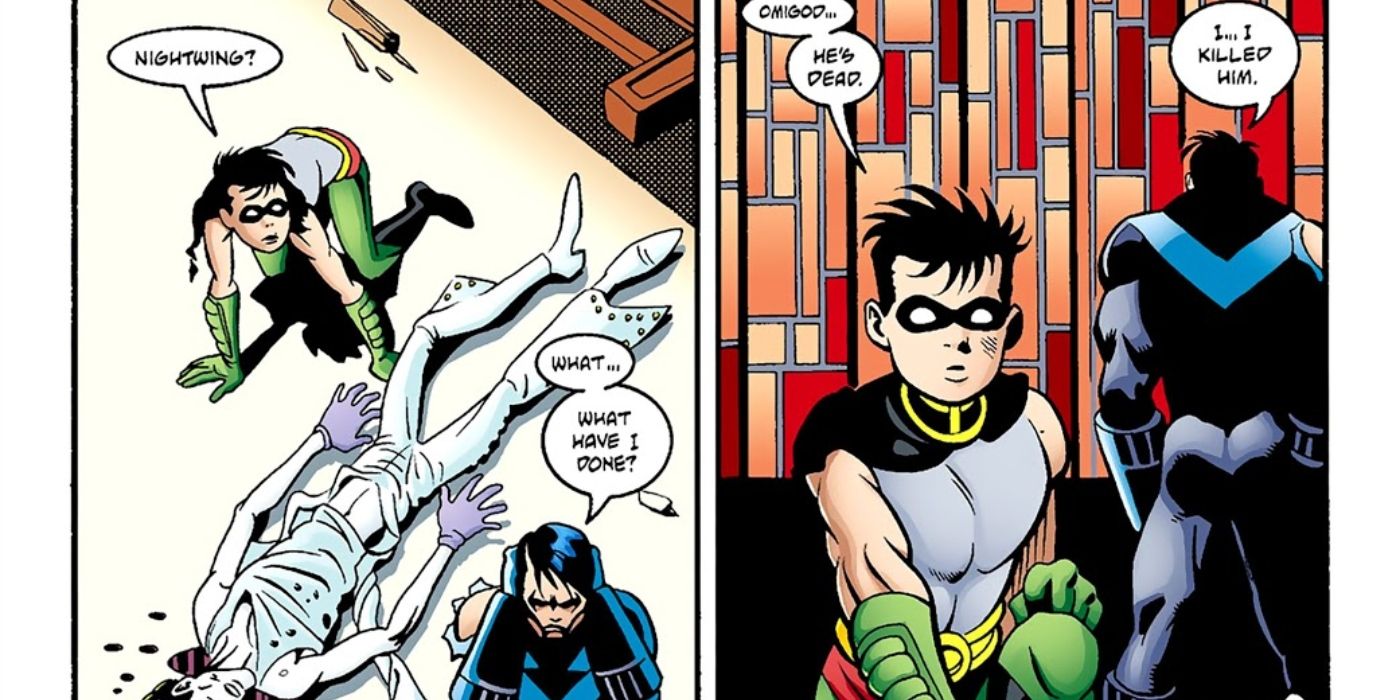 There have been other times when Nightwing almost went over the edge, or at the very least didn’t entirely follow Batman’s code. After the incident with the Joker, the second Blockbuster blew up Dick’s neighborhood. As a result, Nightwing refused to save the villain from Tarantula and simply watched as she killed him.

It isn’t entirely out of character for Nightwing to consider using lethal force. He crossed the line in the past with the Joker, even though the villain was eventually revived. He has proven willing and able to ignore Batman’s most important rule in extreme situations, and if the Teen Titans Academy issue is any indication, a universal threat falls into that category.