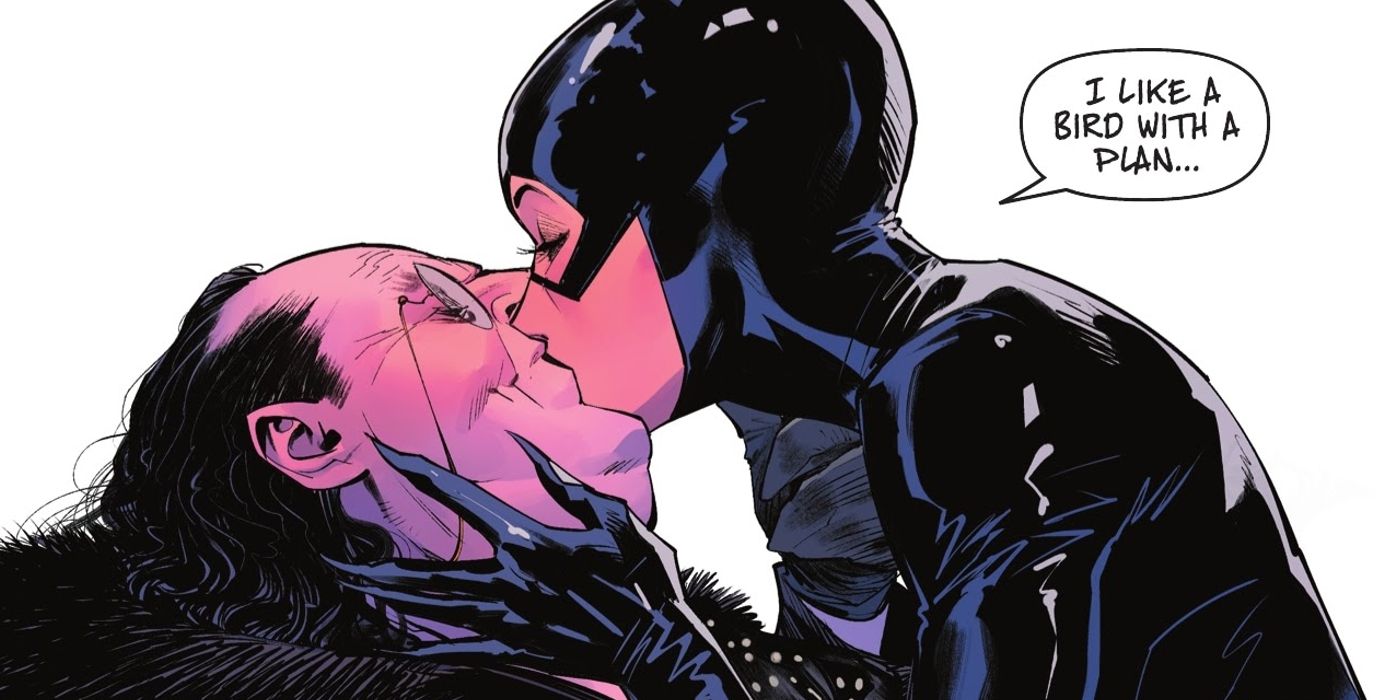 The recently released Gotham City Villains Anniversary Giant #1 features an unusual romance story between the Penguin and Catwoman penned by Danny DeVito himself, who received the blessing of his Batman Returns co-star Michelle Pfeiffer.

“I did call Michelle and tell her that I was doing it,” DeVito told Forbes. “I said, ‘Look, it’s like my fantasy and it’s my dream come true to have an incredible romance with such a beautiful woman.’ Oswald, I’m talking about, and Selina. She was very excited to hear about it.”

DeVito’s story, named “Bird Cat Love,” is illustrated by Dan Mora and features out-of-continuity versions of Penguin and Catwoman who are highly reminiscent of the characters DeVito and Pfeiffer played in 1992. While the two villains briefly flirted with each other in the film and worked together out of a shared desire to defeat Batman, their dealings ended on a sour note, with the Penguin attempting the kill Catwoman via a flying umbrella that strapped to her neck and threatened to lift her into the sky.

“Bird Cat Love” imagines an alternate Gotham where Penguin and Catwoman are not only in love, but fighting to end a global pandemic obviously inspired by the real-world’s COVID-19. Like modern versions of Robin Hood, the duo steal a massive supply of vaccines, which they then distribute via air currents from the highest mountain in the northeastern United States. The story ends with the anti-heroes adopting three kittens and three baby penguins, and pledging to work towards the betterment of the planet — while redistributing funds from the rich whenever possible.

“I love that character so much,” DeVito said of the Penguin, pointing out that he jumped at the chance to write a story for the anniversary special. “It was thrust upon me at a time when I’ve always been in love with Catwoman. Not only Oswald being in love with Catwoman, but Danny being in love with Michelle Pfeiffer. I jumped on the opportunity and the first thing that came to mind was the romance. And then, it was in the middle of COVID and I said, ‘Look at what love can do.’ I just applied it to the story and I sat down and in a few weeks, I had knocked out the whole idea and wrote it and they responded to it and to have Dan Mora to do the artwork, it’s so brilliant.”

KEEP READING: The Batman Getting a Penguin Spinoff Series at HBO Max

My Hero Academia: Has Bakugo Been Sidelined by Its Final Act?