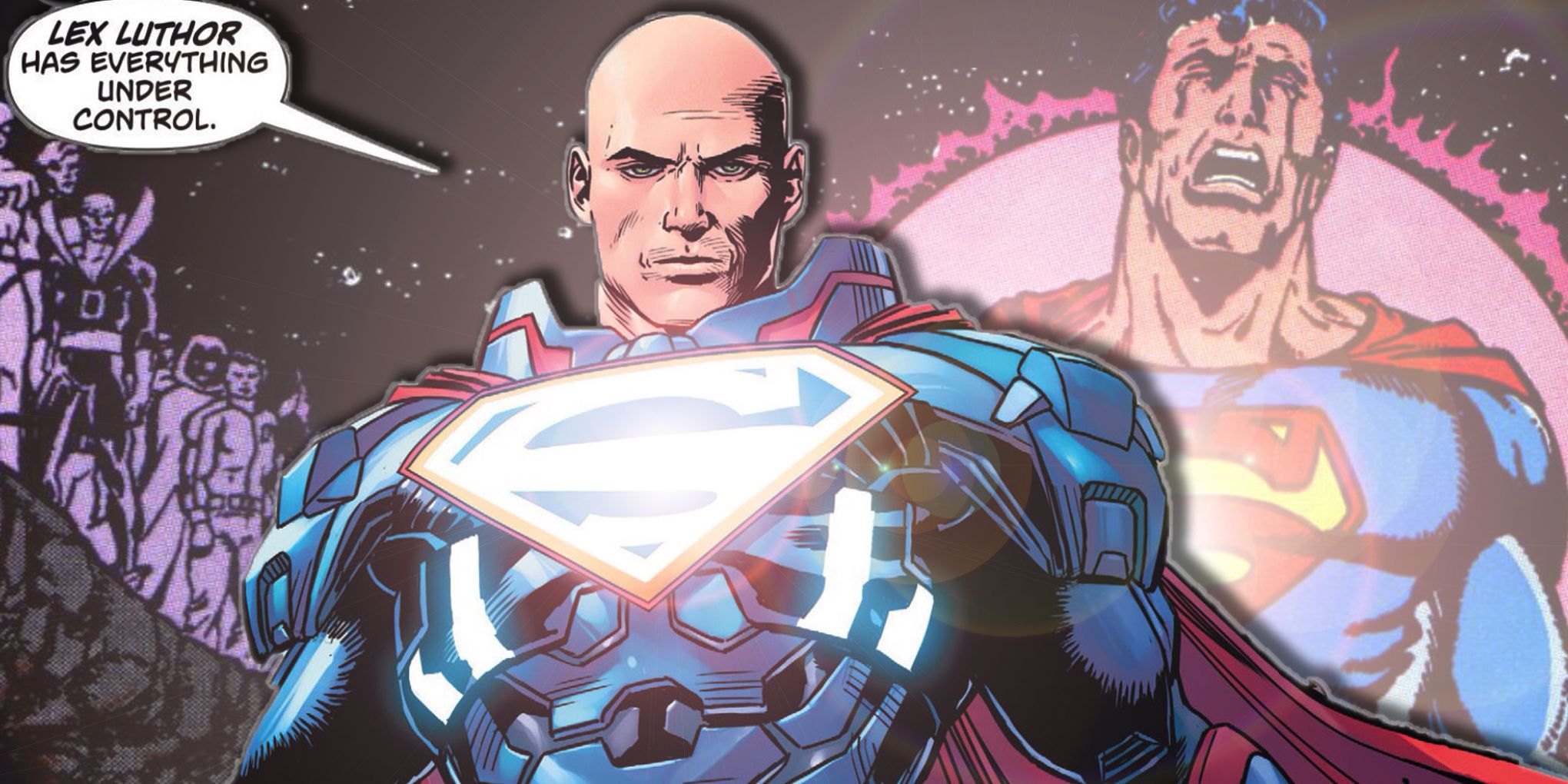 Lex Luthor is one of the smartest people in the entire DC Universe. He’s so intelligent, in fact, he seems to be able to literally get away with murder and keep reclaiming a position in the upper echelons of society. In Superman: Son of Kal-El Annual #1 (by Tom Taylor, Steve Pugh, Clayton Henry, Romulo Fajardo Jr., Steve Bucellato, Dave Sharpe), Jon Kent, the new Superman, questioned why this kept happening.

Lex’s most recent actions almost led to the complete destruction of the multiverse and yet somehow he has once again bought back Lexcorp, putting his name on the tallest building in Metropolis. Lois Lane offered some insight into why, but there may be more behind the city continually forgiving Lex. 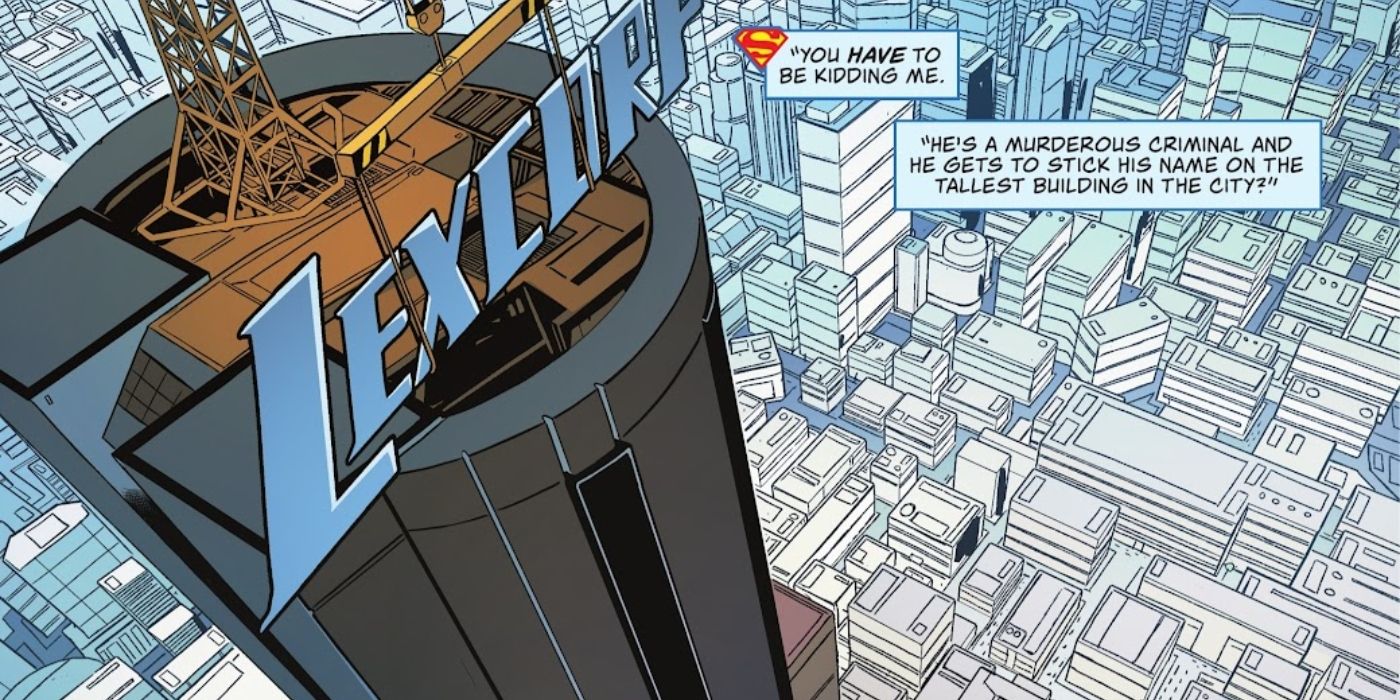 Lex’s most recent crimes against… well… all existence helped revitalize Perpetua, the creator of the multiverse. Unfortunately for him, Perpetua turned on him and almost wiped out all of creation. Yet, Lex managed to reacquire his fortune and a place of prominence within Metropolis. He even had the arrogance to buy the tallest building in the city and plaster his name on it, basically announcing that he had returned and would make no apologies.

This led to Jon rightfully questioning how he could get away with, citing his time as leader of the Legion of Doom. His mother offered some insight, explaining that some people believed the lies he told; in this case, it was a fabricated story about being mind-controlled by Gorilla Grodd, or that others simply admired his commitment, villainous or not. Lex has also purchased a team of lawyers to defend his reputation should it come to that. Yet there has to be more to the story than this. Lex has committed so many crimes over his life, it’s amazing anyone is still willing to give him a chance.

RELATED: When Did Superman First Casually Survive a Nuclear Explosion? 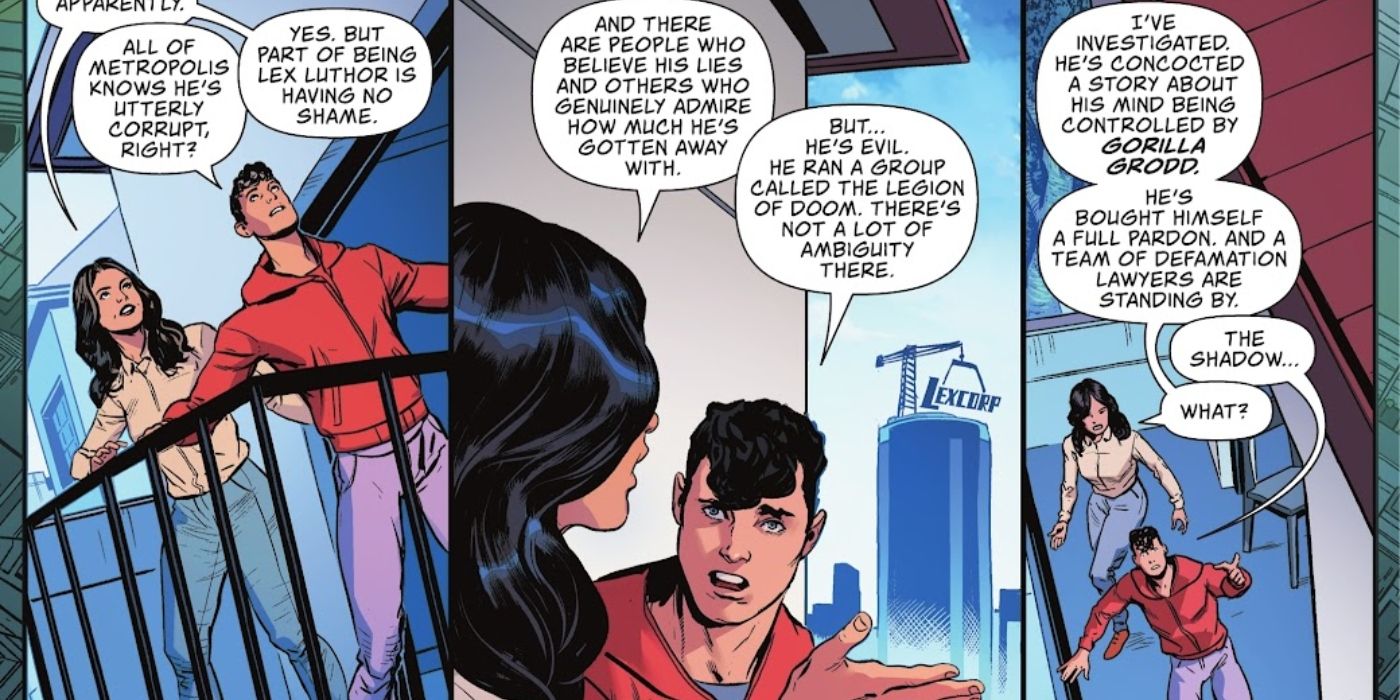 From a real life standpoint, fans know why Lex keeps getting a pass. The narrative of Metropolis wouldn’t be the same if he was cast out forever. Lex is just as much a fixture of Metropolis as Lois Lane or Superman, so he will always find a way back in. In the lore of the DC Universe itself, there might be other explanations for why the people keep forgiving him. Lois was partly right, money was a big factor in rehabilitating a reputation that he dragged through the mud. There are also the sort of people who admire criminals who can “get away with it,” and others who are gullible enough to believe him.

This doesn’t account for everyone, though. Obviously not everyone trusts Lex, yet clearly enough do to let him roam free for the umpteenth time. It is also possible that Superman may be indirectly responsible. The Man of Steel has spent his entire life striving to be the shining example, believing in others just as much as himself. This might have inspired the city to take his ideals to heart, being more trusting of one another and, in Lex’s case, forgiving. Like it or not, Lex Luthor is a permanent fixture in Metropolis, his lack of shame will always allow him to return no matter crime he commits, and the people of Metropolis will (mostly) be waiting to welcome him back.

KEEP READING: What Happened to Superman’s Most Devastating Superpower – and Why Did DC Ditch It?