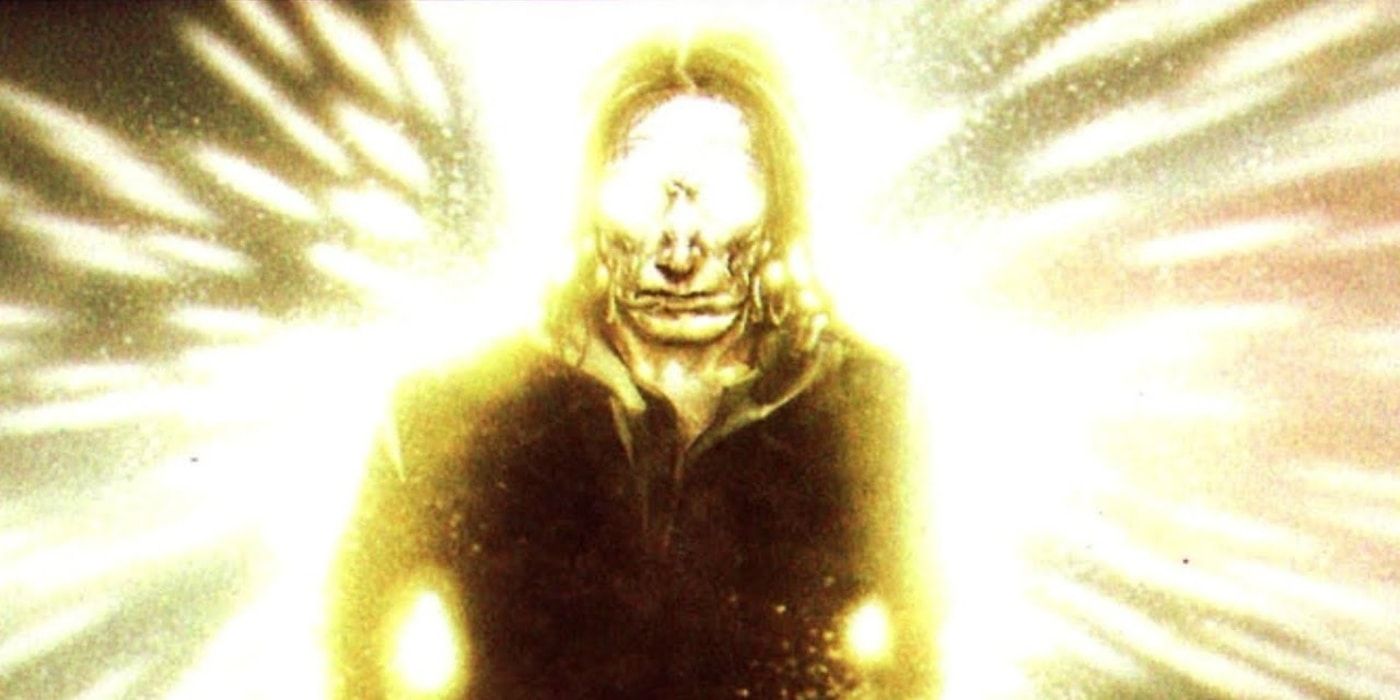 Created by Mark Waid and Mike Wieringo, the One-Above-All first appeared in Fantastic Four #511. It is the supreme ruler of the Marvel Multiverse, and the ultimate source of everything good in every realm. The Fantastic Four were in Heaven looking for the soul of Ben Grimm when they stumbled onto a door seemingly created from a mix of Reed Richards’ inventions and The Thing’s stone skin. When they got past the door, they found a quaint home office with a man bearing the visage of legendary comic creator Jack Kirby drawing at his desk.

He explained that he had many forms but took that particular image because that’s who he was to the Fantastic Four, “humanity in God.” As he spoke, he continued drawing and got a call from his “collaborator,” who is heavily implied to be Stan Lee. Kirby revived Ben Grimm and fixed Richards’ damaged face, then sent the First Family on their way, giving them a drawing of an older version of themselves as a souvenir. Their experience with the One-Above-All was brief but by initially portraying it as the Fantastic Four’s real life creator cemented it as the most powerful force in the multiverse.

Related: Only One Hulk’s Power Can Hurt Marvel’s True God – and It’s Not What You Think 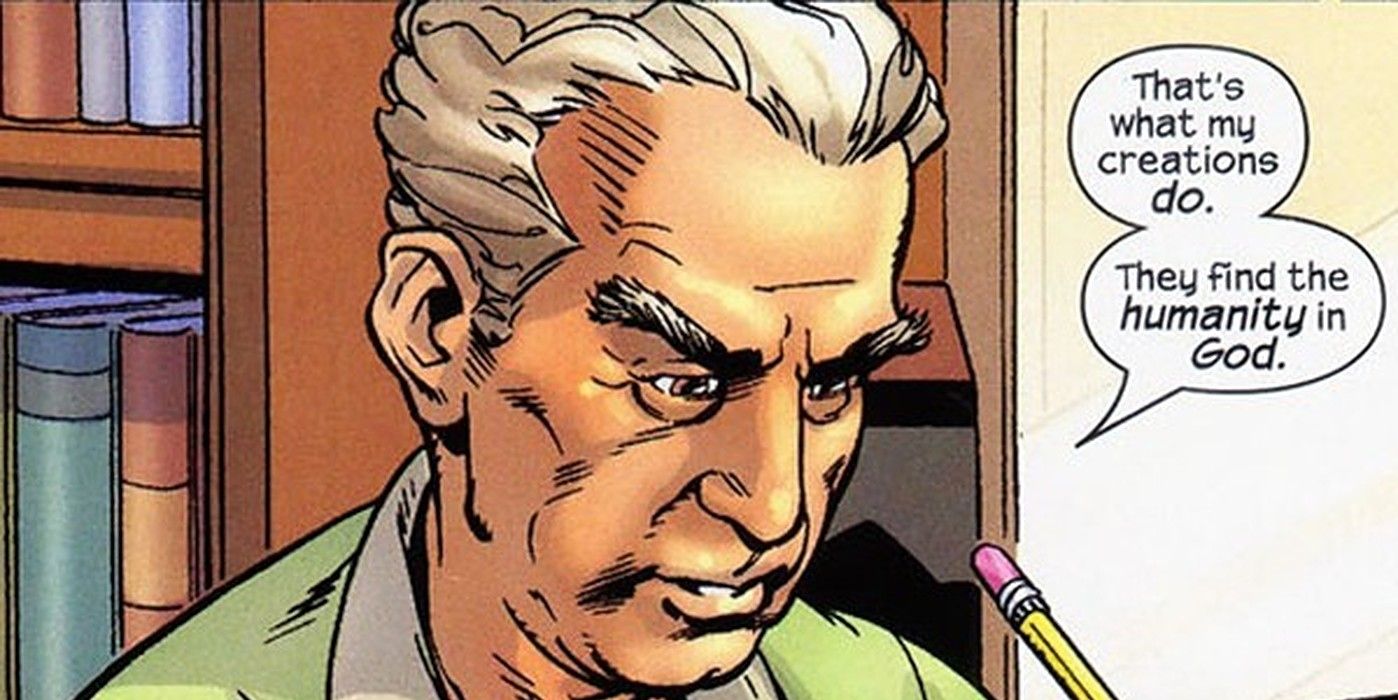 While Jack Kirby was the form the One-Above-All first took, it has worn many different disguises when appearing to its creations. When Aunt May was dying, it took the form of a homeless man to console Peter Parker and help him come to terms with her eventual death; and to keep his faith in the world. When Earth-616 was destroyed, Thanos and an alternate universe Adam Warlock had a brief conversation with the One-Above All, who called itself Above-All-Others. Thanos managed to convince it to restore their universe in exchange for Adam Warlock replacing the recently deceased Living Tribunal. 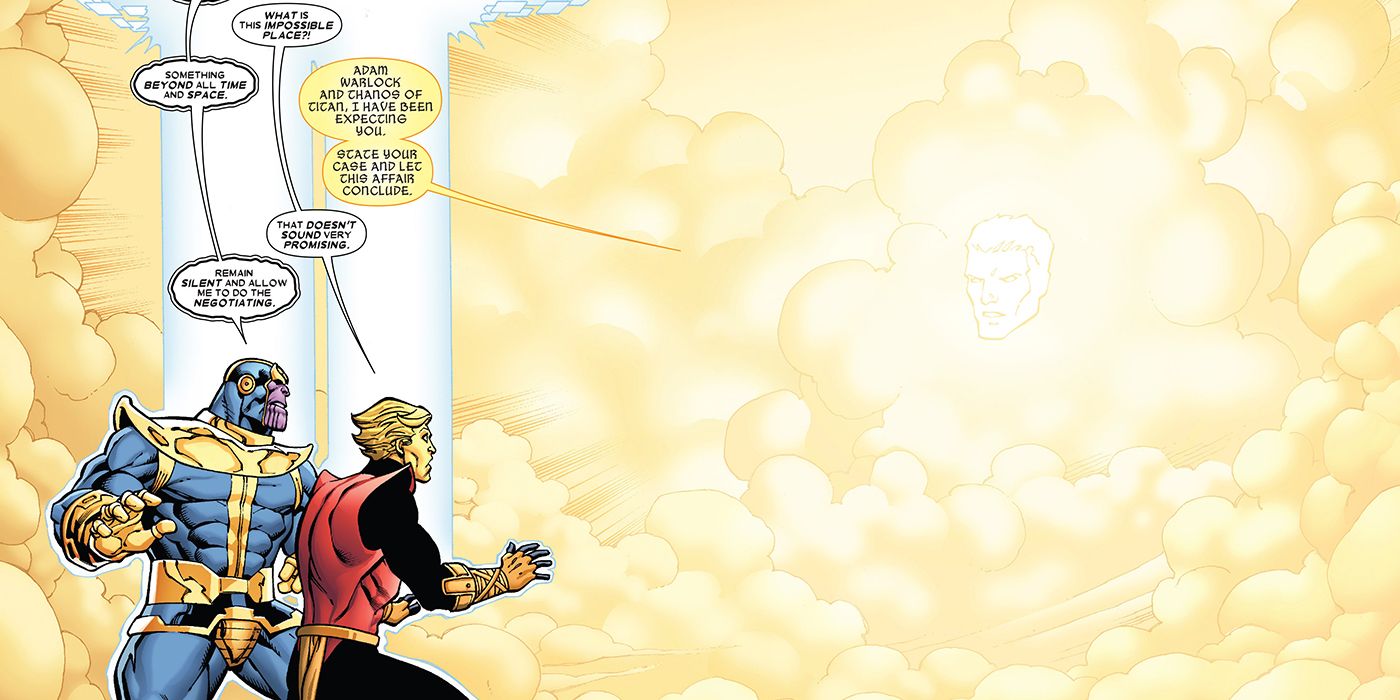 Because of his infinite power and omnipotence, neither the One-Above-All nor its many forms will likely ever appear in the MCU, simply because of the massive power imbalance it would cause. Although, given that the movie franchise has slowly been expanding to include more cosmic beings like Thanos, the Watchers and the Eternals, it could be possible that there will be some subtle nod to the God of the Marvel multiverse inserted somewhere as an easter egg for fans in the know.

Thor: Love and Thunder The Goat Boat LEGO Set Is On Sale Now