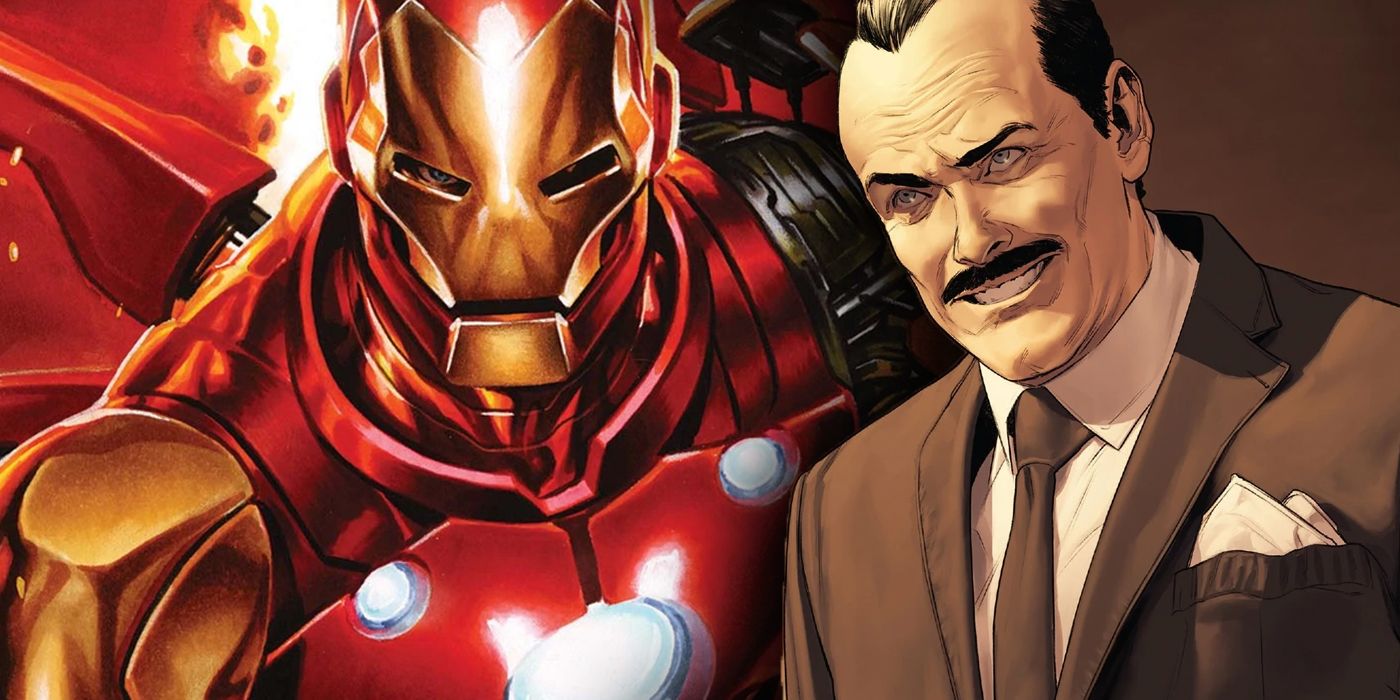 The Avengers are no strangers to taking on supervillains team-ups, but a new Masters of Evil, led by none other than Dr. Doom, are bringing together some of the most villainous variants to ever menace Earth’s Mightiest Heroes. What’s potentially worse, in Avengers #50 (by Jason Aaron, Aaron Kuder, Carlos Pacheco, Ed McGuinness, Javier Garron, Rafael Fonteriz, Alex Sinclair, David Curiel, Matt Hollingsworth, Rachelle Rosenberg and VC’s Cory Petit), Mephisto is proceeding with his own plan, recruiting someone incredibly close to Iron Man from an alternate universe: Tony Stark’s father, Howard Stark.

Mephisto has been gunning for the Avengers for some time now, including rewriting reality on behalf of the Squadron Supreme. With the Squadron failing and reality restored, Mephisto approached the Howard Stark of Earth-4111 for some hellacious help. Sporting an Iron Man power suit resembling the Marvel Cinematic Universe’s depiction of Iron Monger, Howard comes ready to dismantle the heroes, including the main Marvel Universe’s iteration of Tony Stark. And while this is far from the only version of Howard Stark to break bad, this one is particularly twisted and perhaps the most murderous of them all. 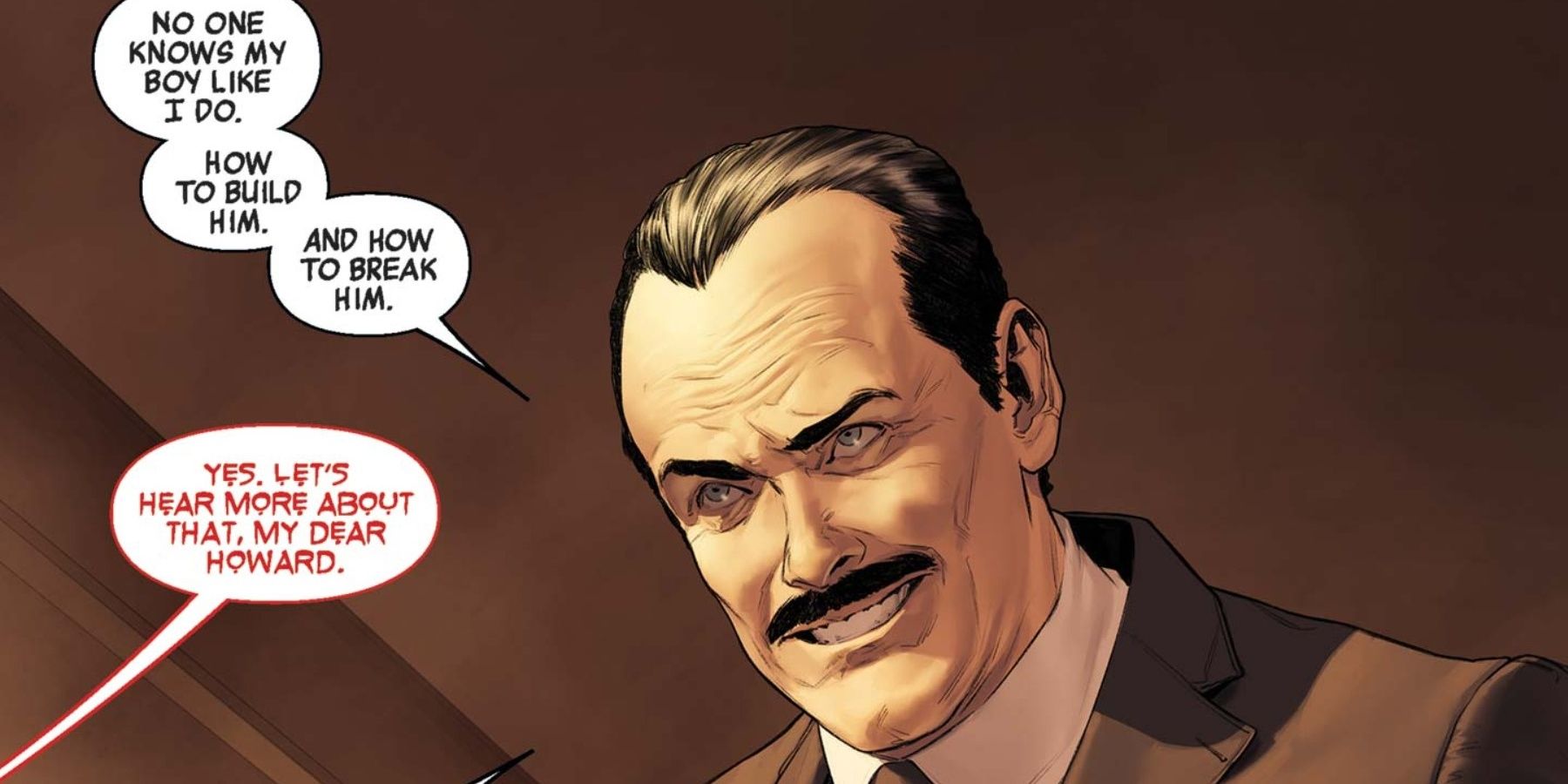 In Avengers #50, Earth-4111’s Howard Stark’s origin story is finally revealed, mirroring much of his own in the main Marvel Universe. He still carries a complicated relationship with his son Tony before dying tragically in a car accident with his wife, leaving Stark Industries to the future Avenger. But this world’s Howard makes a deal with Mephisto to keep his relative youth; the only thing he has to do in exchange is gun down his own son, a compromise to which Howard coldly agrees. Tony’s father is now ensured to safeguard and oversee his own enduring legacy. After killing his son, Howard turns his attention to the main Marvel Universe, even as Mephisto and Doctor Doom each have their own sinister designs to eliminate Earth’s Mightiest Heroes.

In another example, the Howard Stark of the Marvel Noir Universe was kidnapped and experimented on by Nazis to transform into this world’s Baron Zemo.  This version of Howard created advanced war machines for the Axis Powers before Iron Man Noir destroyed his brainwashed father just before he is poised to overtake the Allied Powers and win World War II. 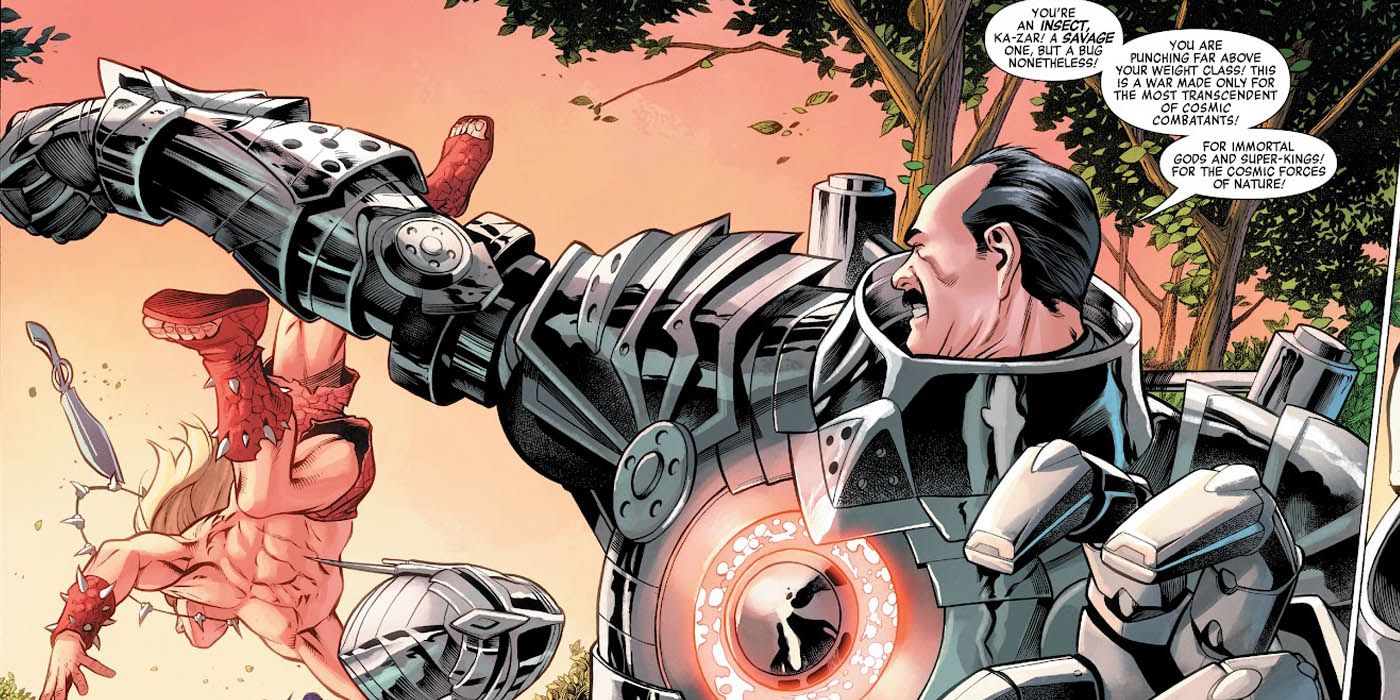 Earth-4111’s Howard has been working as Mephisto’s underling for some time now. He made a fiery bargain to keep from aging and appears to show no moral qualms about the evils he has committed in the devil’s service. While Howard has not linked up with Doom’s new Masters of Evil quite yet, it’s only a matter of time.

Doom and Mephisto are aware of each other’s respective vendettas against a common enemy, though Doom and Mephisto have certainly had their differences in the past. Once this happens, it’s only a matter of time before Iron Man faces off against this evil version of his father and avenges the death of an alternate universe doppelgänger that never got the chance to become a man.

Marvel’s She-Hulk: Attorney at Law Gets Official Rating From Disney+

Halo Infinite Dev Understands Community Is “Out of Patience”