Created by Dan Abnett, Andy Lanning and Leonard Manco, the Cancerverse first appeared in Realm of Kings #1. This is a universe where the living conquered death, causing life to continue growing like a cancer until every living being was transformed into a Lovecraftian horror of flesh, teeth, and blood.

Related: Where is Thor’s Bigger, Badder Hammer – and When Will It Debut in the MCU? 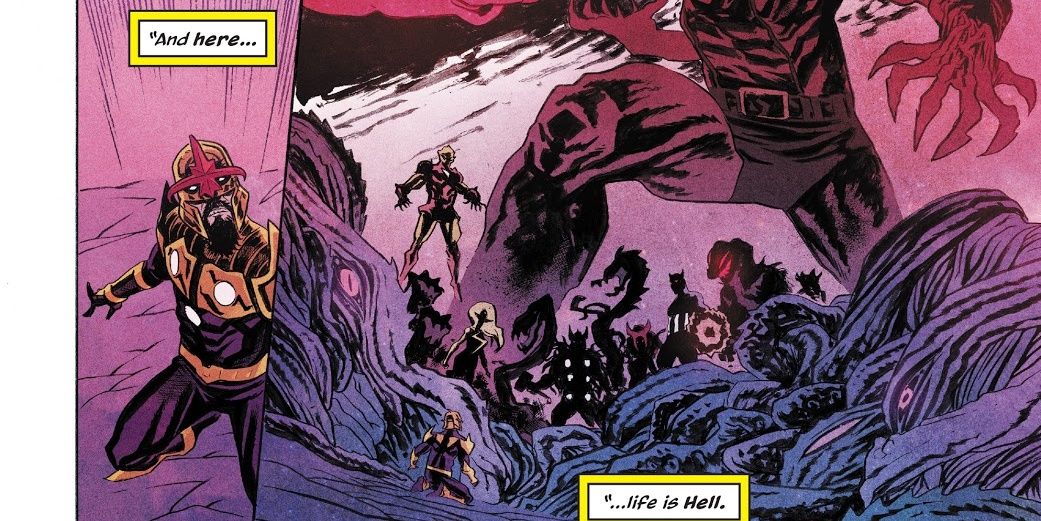 In the Cancerverse, classified as Earth-10011, the original Captain Marvel was stricken by cancer in much the same way he was on Earth-616. Instead of dying peacefully as he did in the main Marvel universe, he was contacted by the Many-Angled Ones who convinced him to submit to them and gain some of their powers so that he could kill Death. Captain Marvel corrupted the rest of the living heroes with the evil magic of his new benefactors, convincing them to join his plan. Together, they performed a ritual where they sacrificed the living embodiment of Death, therefore eliminating the concept from their universe. Afterwards, the Many-Angled Ones and the Outer Gods corrupted every living thing on the planet with their ancient power, changing the universe into a deathless, ever-expanding corpse.

Given that one of the MCU’s target audiences is primarily children, a dark world where death no longer exists might be too existentialist to be explored with a lot of depth. To be fair, the MCU has explored more ‘adult’ issues in their Disney+ shows, but it has generally done so without being gruesome or showing much gore. The Cancerverse is a world in which the heroes have become monsters in superhero costumes who worship otherworldly eldritch gods. Thanos’s snap that killed half of all living things in the universe was a bloodless instant affair while the Cancerverse’s world-altering event occurred through a wave of body parts and tentacles turning the world into monsters. If this universe was ever adapted into the MCU, its body horror aesthetics would be a disgusting change from what the cinematic universe has cultivated over the last thirteen years.

Related: How Marvel Rewrote Peggy Carter’s Place in the Universe – Before the MCU Rewrote it Again 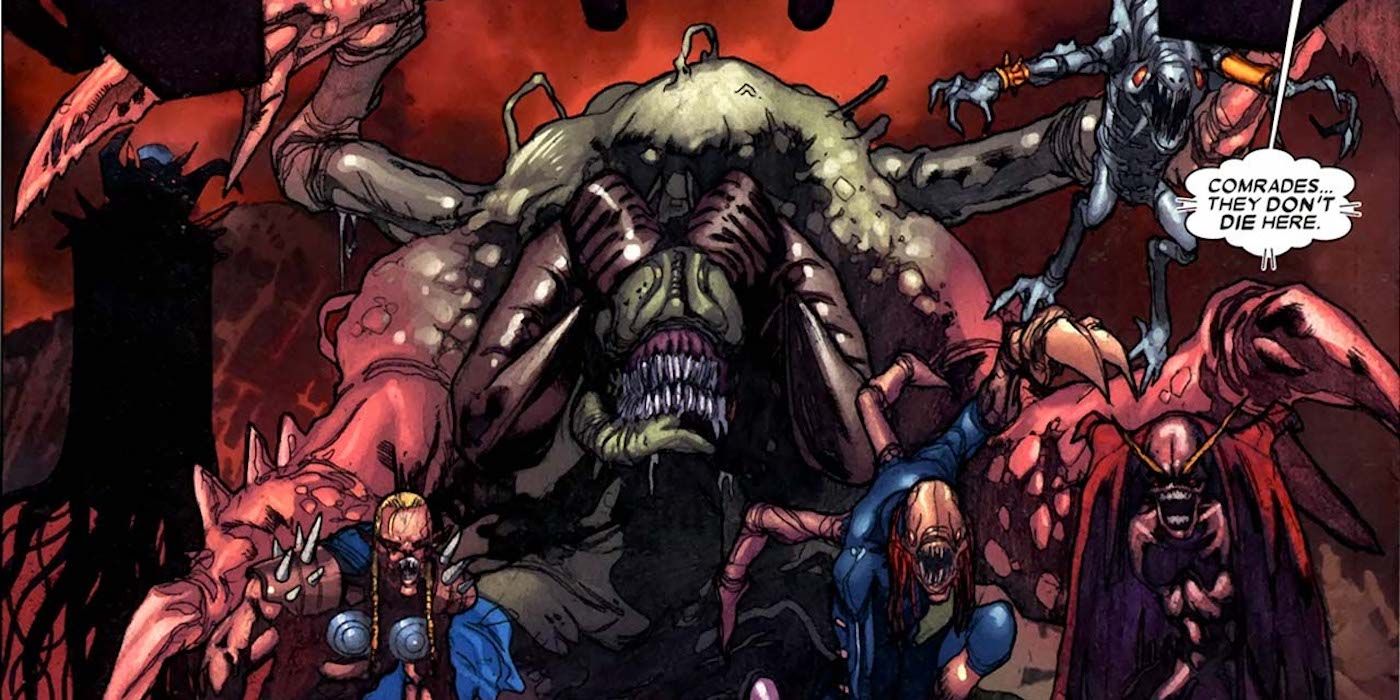 The Cancerverse is unique among the many Marvel universes, to say the least. In this place, the heroes actually succeeded in saving everyone while simultaneously making things worse than ever. It is a representation of both their greatest achievement and their greatest failure.

While Disney has adapted many pieces of the Marvel universe that seemed like they would strictly remain in the real of comic books (such as the Guardians of the Galaxy and Morbius), the Cancerverse is simply too ‘adult’ to mesh with the family-friendly feel of the MCU.

KEEP READING: Marvel Just Proved Why Its Next MCU Hulk Is So Crucial to Its Future