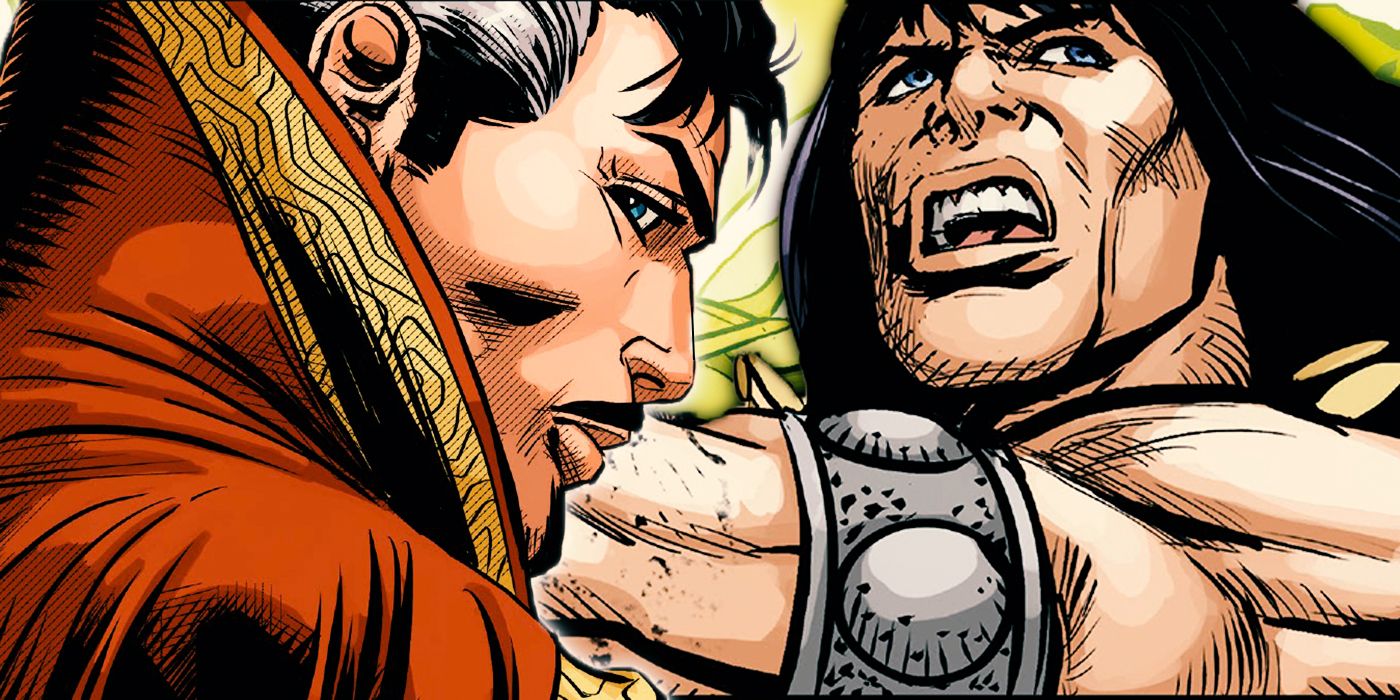 The Savage Avengers are undoubtedly Marvel’s most brutal team of superheroes, but Conan of Cimmeria stands out amongst them all. The time displaced hero has battled the evil sorcerer Kulan Gath for centuries, across nearly every corner of the globe. Like every other battle he has faced, Conan has still managed to overcome the odds and save the day despite knowing that Kulan Gath will inevitably rise again. Luckily, Conan knows just how to handle this dilemma, and most shockingly of all he doesn’t have to lift his blade to do it.

At the end of their battle with Kulan Gath, the Savage Avengers stood poised to watch their enemy ascend this realm of existence and engulf all of reality with his demented powers. Thankfully, with the help of Shuma-Gorath, the heroes were able to defeat the mad wizard with a grotesque display of eldritch strength. Though they have saved the present, Conan and the others know all too well that time is of little concern to the likes of Kulan Gath. This leaves the Cimmerian no choice but to join Kang the Conqueror in returning to the Hyborian Age to quell the threat before it can ever emerge, although as seen in the pages of Savage Avengers #27 by Gerry Duggan, Patch Zircher, Java Tartaglia, and VC’s Travis Lanham, the two time travelers have far different ideas of what exactly that entails.

RELATED: Kang the Conqueror Just Teamed Up With Marvel’s Most Savage Avenger 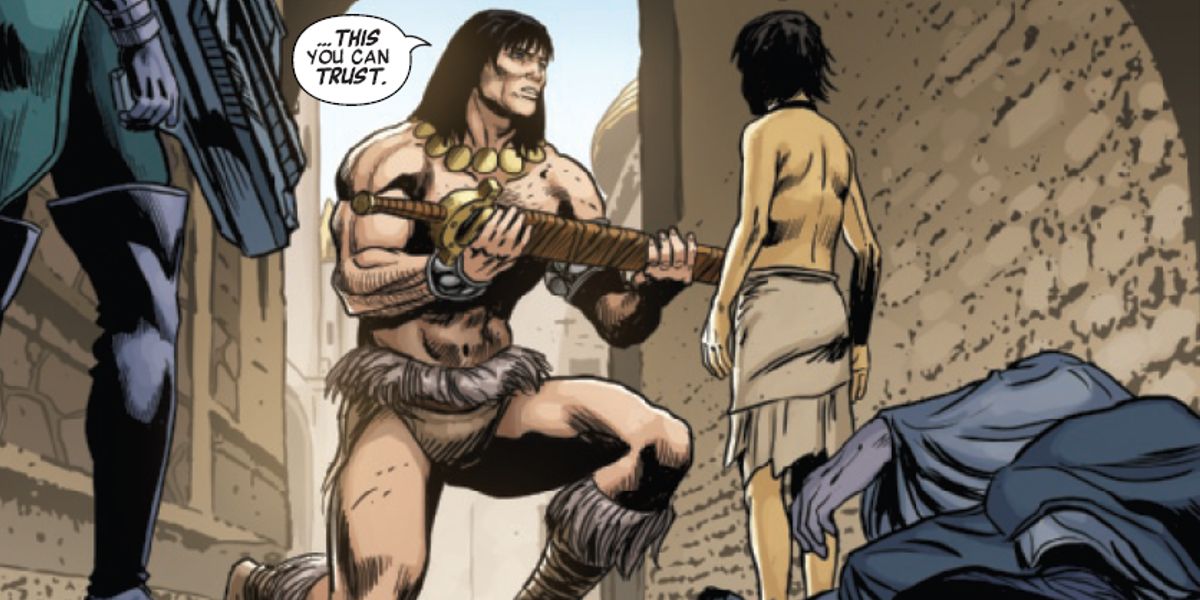 A time-traveling Conan wastes no time in cutting the young Kulan Gath to pieces. In the midst of so much bloodshed, Conan remains stone faced in what seem to be the boy’s final moments. And yet, rather than taking the child’s life the Hyborian Age hero hands him a blade of his very own. It’s with a solemn vow that Conan promises to take the young Kulan Gath under his wing and teach him the way of the warrior before setting him free to forge his own path, all on the condition that he never turns his attention to the ways of magic. On the surface, this is an emotionally charged moment that speaks to the humanity of Conan’s character, but even that description doesn’t truly do the scene justice.

Ever since he first appeared in the pages of Weird Tales magazine all the way back in 1932, Conan the Barbarian has been an unrelenting force of death and destruction, embodying the devastatingly brutal nature of the Hyborian Age that he was born into while also standing as its greatest hero. While it would be four decades before Conan faced off against Kulan Gath himself, those early years were spent slaughtering villains just as terrifying, and rarely if ever was there room for mercy. Now that Conan has given his greatest nemesis the chance to fight by his side, it is clear that the Cimmerian was always willing to lay down his arms, if only that were possible. 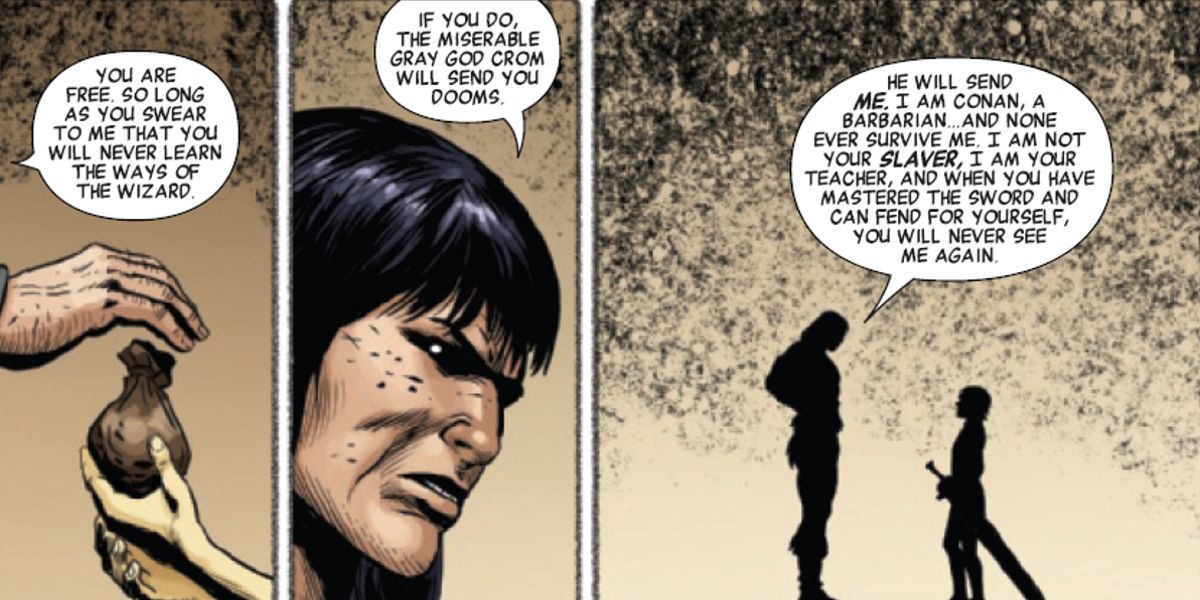 This is far from a complete transformation or tonal shift for Conan, though it doesn’t need to be to stand out as one of the most impactful moments in his comic book career. Whether or not this will have any impact on the Marvel Universe going forward remains to be seen. After all, it is quite hard to imagine that excising Kulan Gath’s dark influence from the history books won’t make at least some kind of impact. Here’s hoping whatever comes next is at least better than what Conan knows best, especially if it means getting another Hyborian Age hero to look forward to.