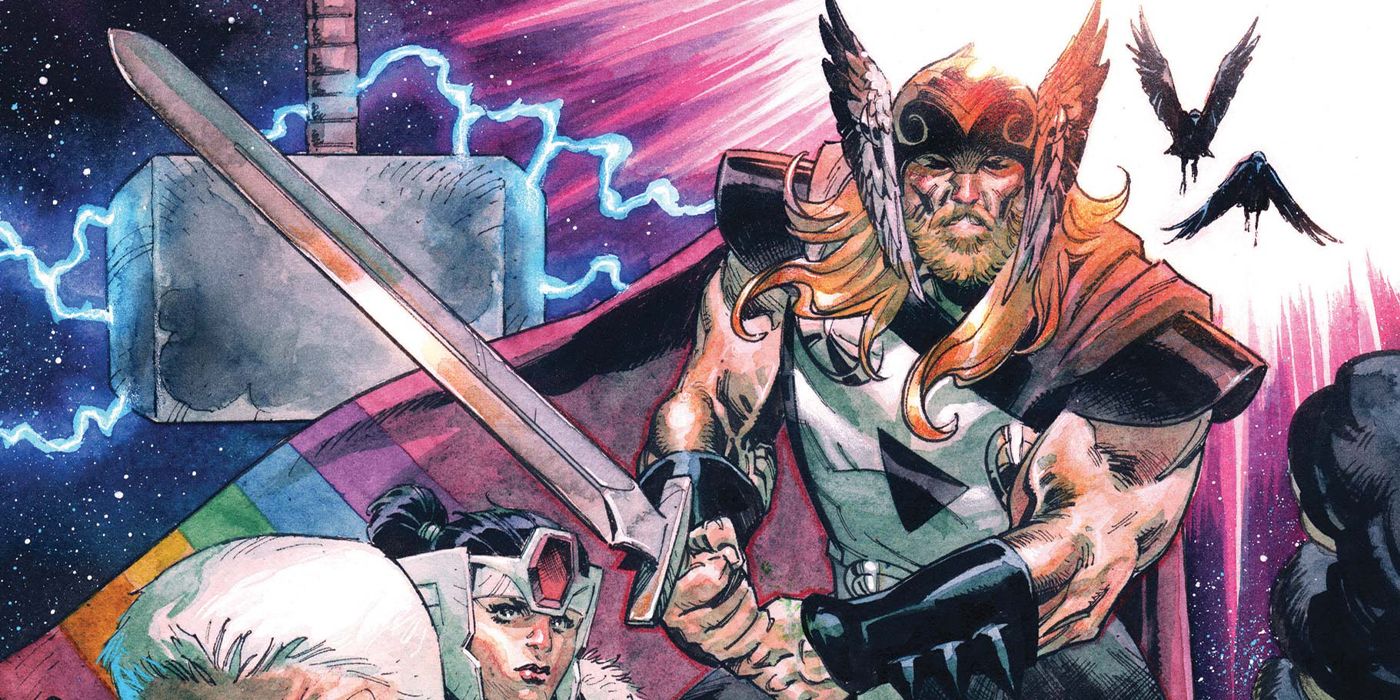 A preview for Thor #19 adds on to the history of Earth in Marvel Comics by explaining what really happened to the dinosaurs.

We are going to dive a little into Earth science and world history on this one. On our planet, the dinosaurs–Triceratops, Tyrannosaurus and more–are believed to have been killed off by an extinction level event caused by an asteroid impact around 66 million years ago near the modern day Gulf of Mexico. However, according to Thor’s sound science and history, this annihilation was actually collateral damage from two cosmic titans brawling amongst the stars.

RELATED: Thor’s Worst Marvel Relationship Is too Weird (and Bloody) for the MCU

This is not the first instance in recent years that Marvel Comics has altered our understanding of prehistoric times (in a fictional sense, of course). During writer Jason Aaron’s tenure on The Avengers, the Avengers of 1,000,000 BC were introduced: a gathering of heroes similar in scope and abilities to the modern iteration of Earth’s mightiest heroes. The assembled group did battle against the celestials, recently seen again during Eternals: Celestia #1 in October.

Donny Cates, who currently writes the Thor title and picked it up after Aaron, has not shied away from declaring Aaron his “favorite writer in comics,” the two sharing similar ideas and mindsets. At the same time that Aaron was introducing the Avengers of 1,000,000 BC and their battles with celestials on Earth, Cates and artist Ryan Stegman were drawing on one of Aaron’s plot devices from Thor: God of Thunder to create Knull, a world-ending Venom villain that existed in the darkness before the universe was created, also doing battle with the celestials for “ruining” it with light and creation. Both historical additions have made a significant impact on Marvel Comics since 2018, leading to events like King in Black and more stories told.

RELATED: How Marvel’s New ‘Anti-Thor’ Defeated the MCU’s Phase 4 Villain – By Himself

Getting back to astrology and science, in addition to killing the dinosaurs, the event shown in the preview also appears to reference the Giant Impact Hypothesis, which believes that a planet called Theia collided with Earth over 4.5 billion years ago, resulting in a mix of the two planets and the creation of the moon from the excess planetary debris. The panels are anachronistically framed to seem as though dinosaurs existed in Marvel Comics before the “grand cosmic wheel turned again” to form the Earth after the giant impact, which would have happened long before dinosaurs walked the planet. Kicking off Thor’s “God of Hammers” arc, the preview and solicitation for the issue can be found below. 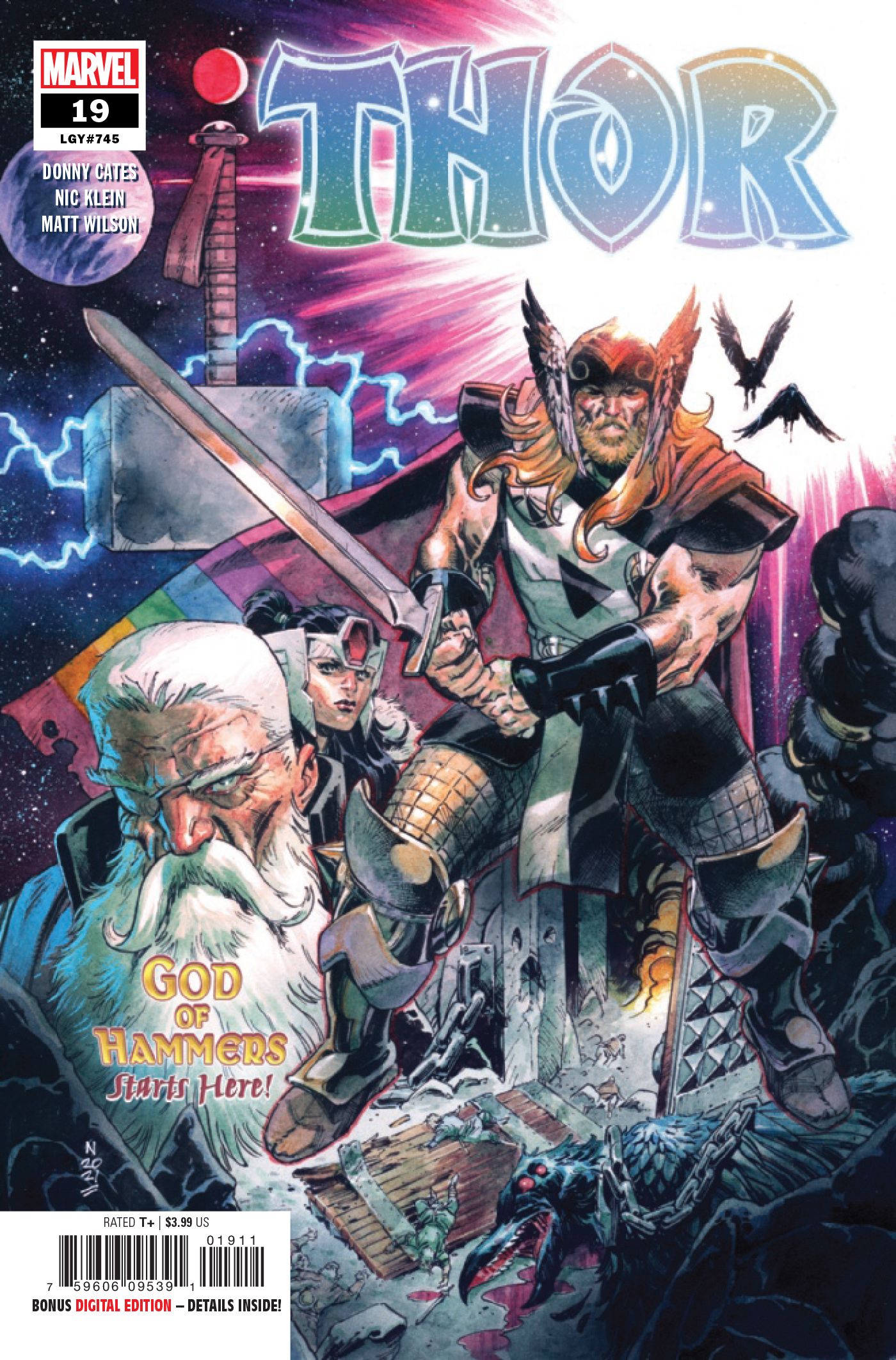 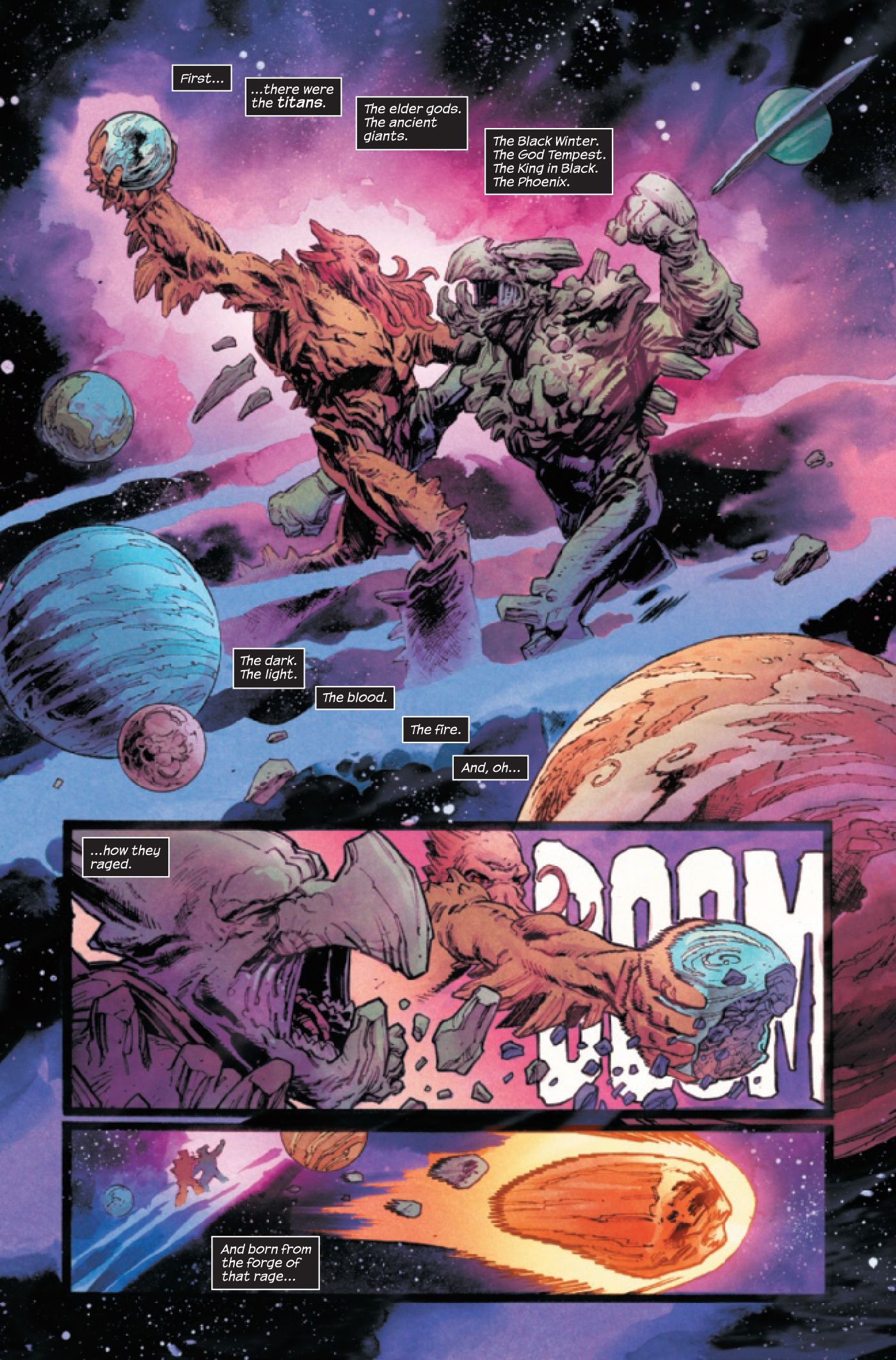 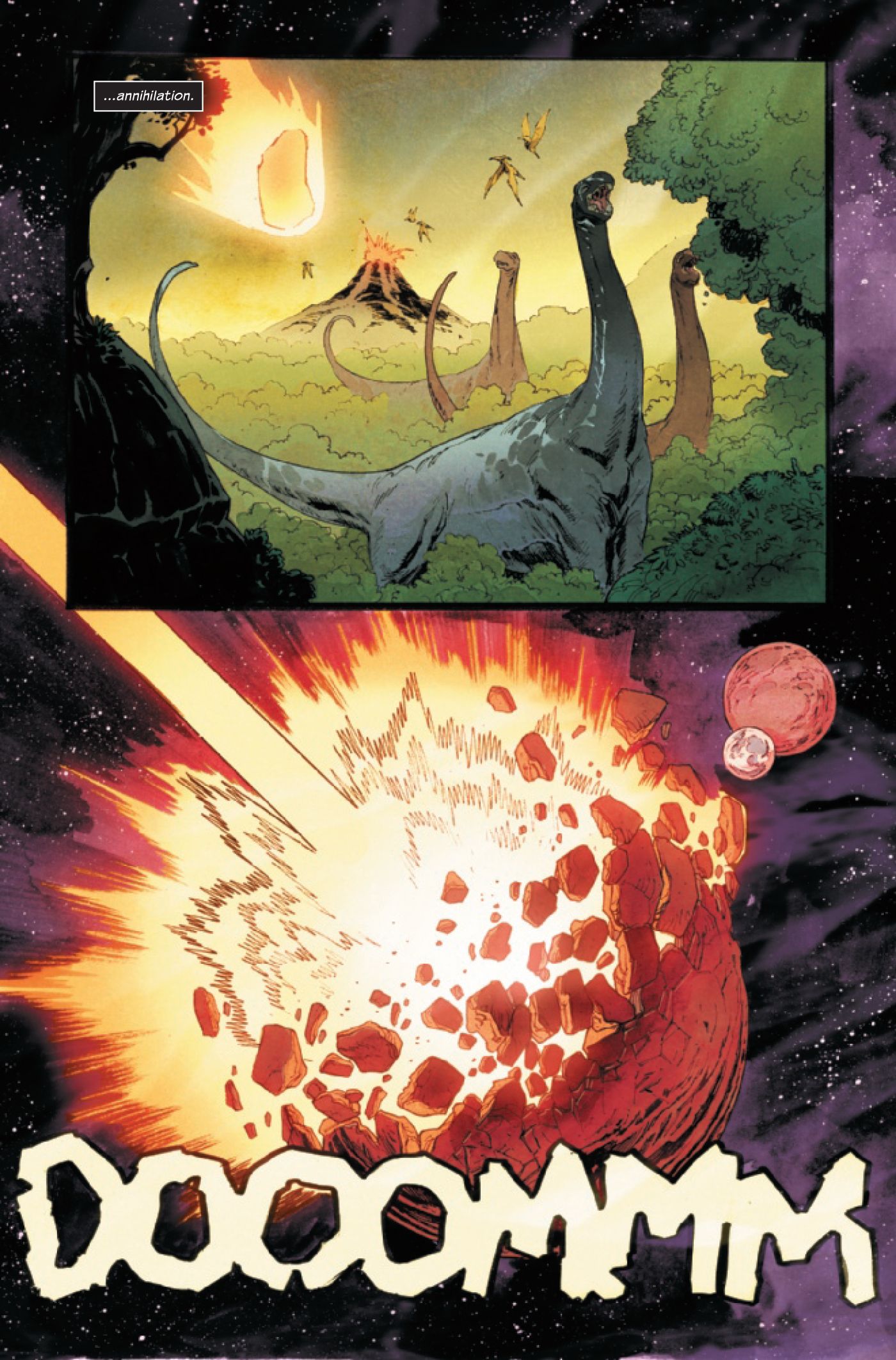 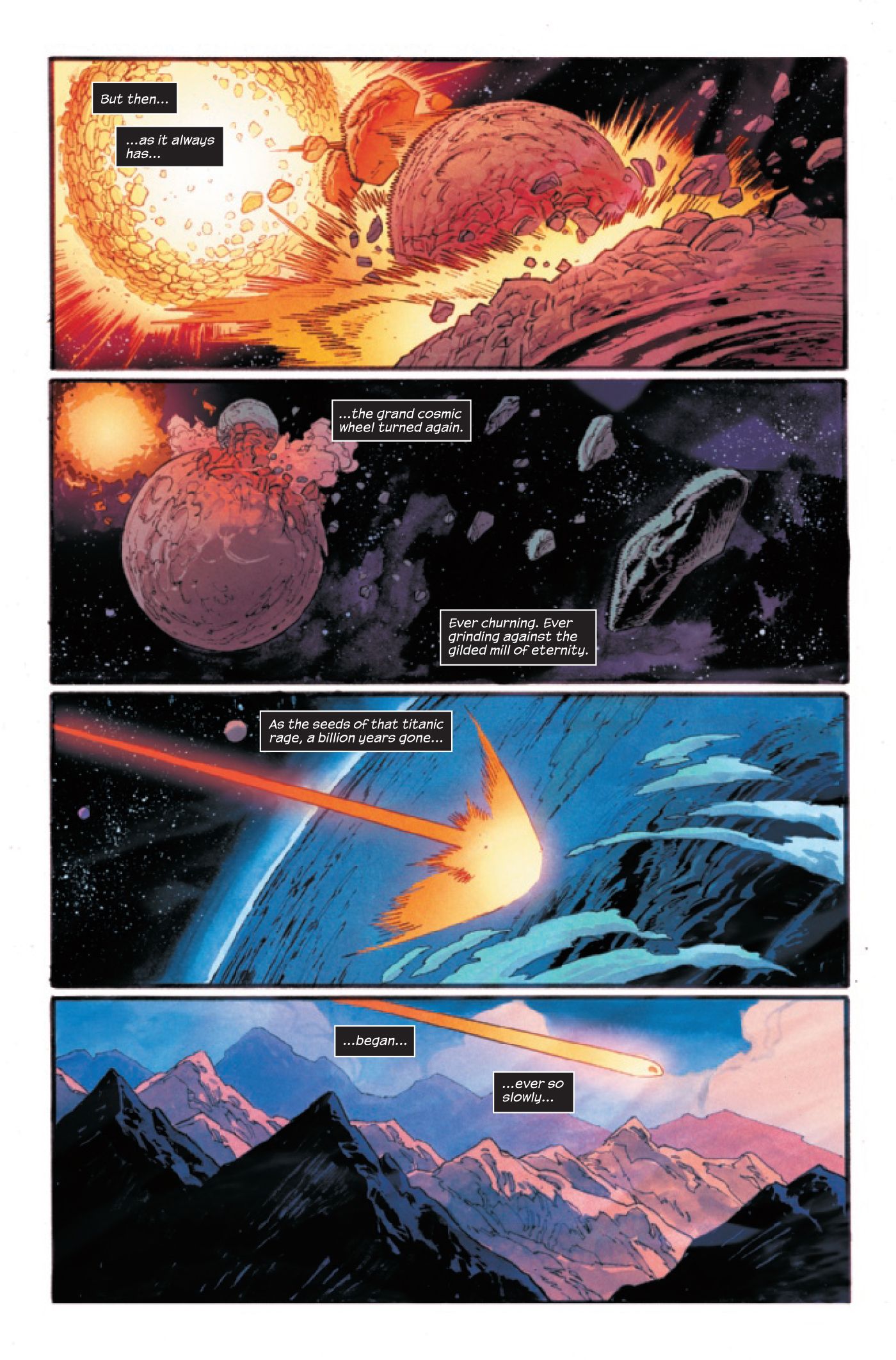 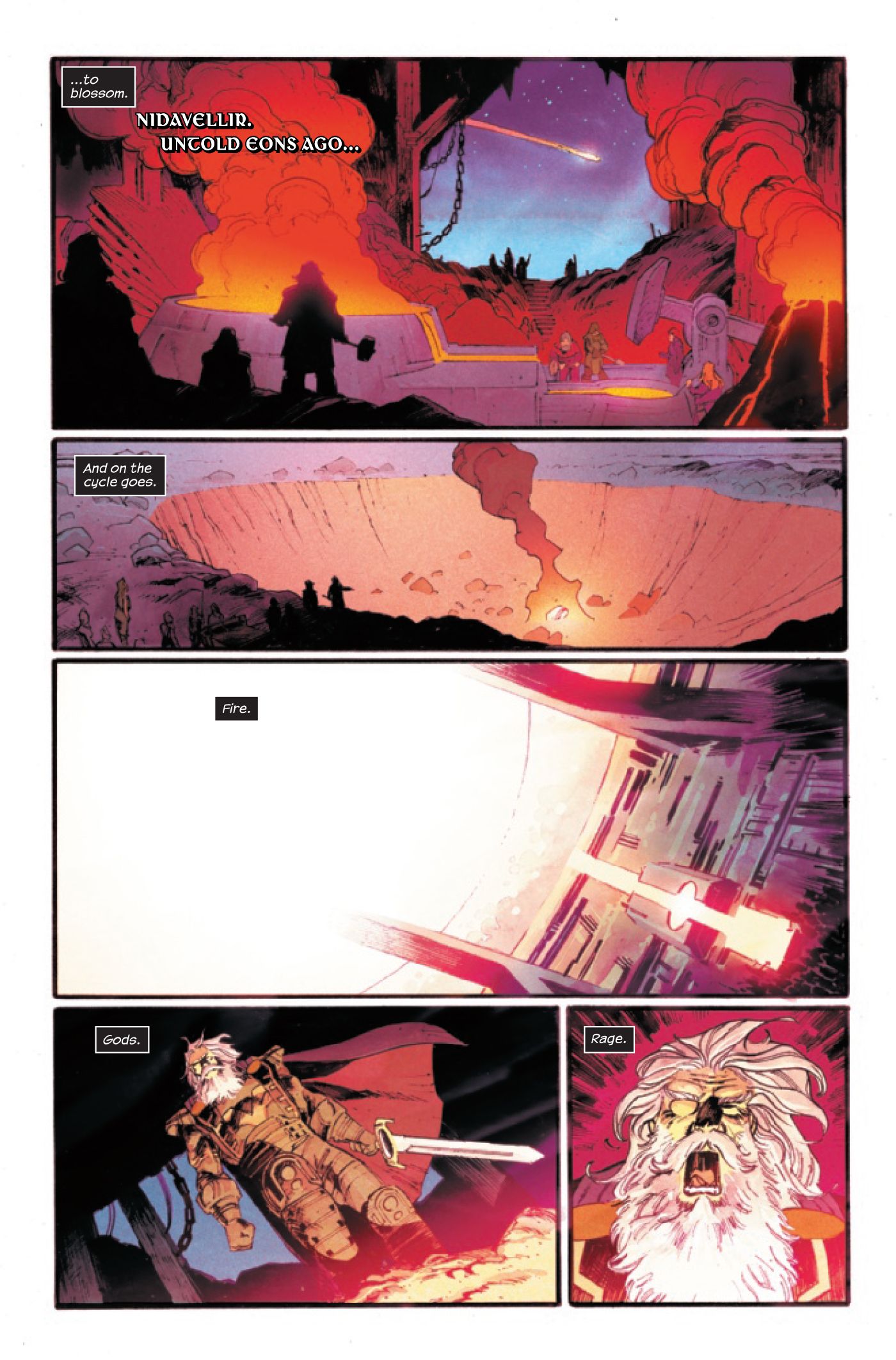 Thor #19 is written by Cates with interior and cover art by Nic Klein. Matt Wilson is responsible for colors and Joe Sabino for letters, with variant covers made by Mahmud Asrar, Emanuela Lupacchino and Gary Frank. The issue goes on sale Nov. 24 from Marvel Comics.

KEEP READING: Marvel’s ‘Evil Mjolnir’ Is Thor’s Darkest Hammer – Will It Come to the MCU?