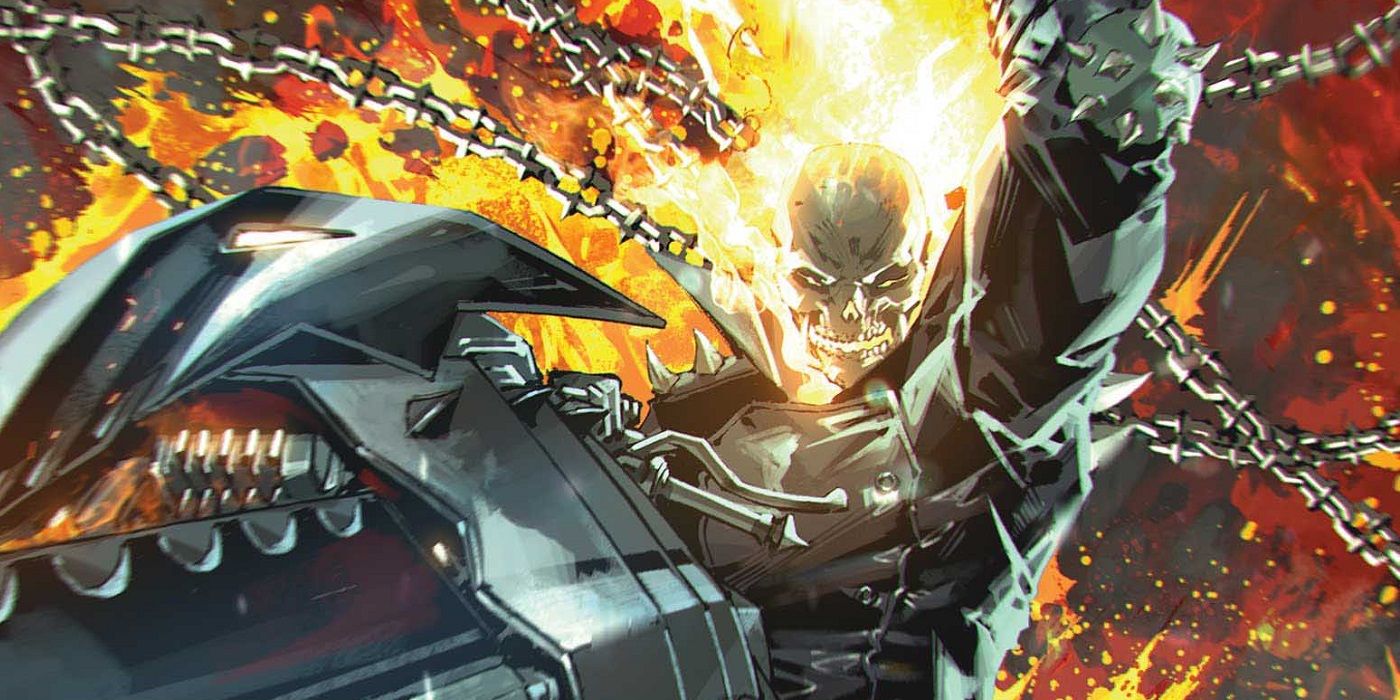 In 1972’s Marvel Spotlight #5 creators Roy Thomas, Gary Friedrich, and Mike Ploog introduced Marvel readers to “the most supernatural superhero of all.” In the comics, stunt cyclist Johnny Blaze makes a Faustian pact with the demon lord, Mephisto, resulting in him transforming into Ghost Rider. Embodying the Spirit of Vengeance, Ghost Rider battles evil atop a fiery motorcycle. His initial series lasted 11 years and inspired two feature films starring Nicholas Cage as Blaze. In the following decades, Blaze’s adventures would reveal more Spirits of Vengeance throughout the past and present — like his long-lost brother, Danny Ketch, who starred in a fan-favorite Ghost Rider series from the ’90s, and current Avenger, Robbie Reyes.

Since Blaze’s debut, the Marvel character has been freed from and cursed by the Ghost Rider several times. He’s used his infernal power to accomplish gigantic tasks like being the King of Hell. This February, in honor of the character’s 50th anniversary, a new era begins for the original Spirit of Vengeance with Ghost Rider, written by Benjamin Percy and artwork by Cory Smith. In celebration of Ghost Rider #1’s release, CBR spoke with Percy about his plans for Blaze. Percy delved into his fiery alter ego, the fiends and friends he’ll find, and the other Ghost Riders and horror heroes that Blaze has encountered over the years. Also included with this interview is an exclusive look at Ghost Rider #1’s opening pages with artwork by Smith. 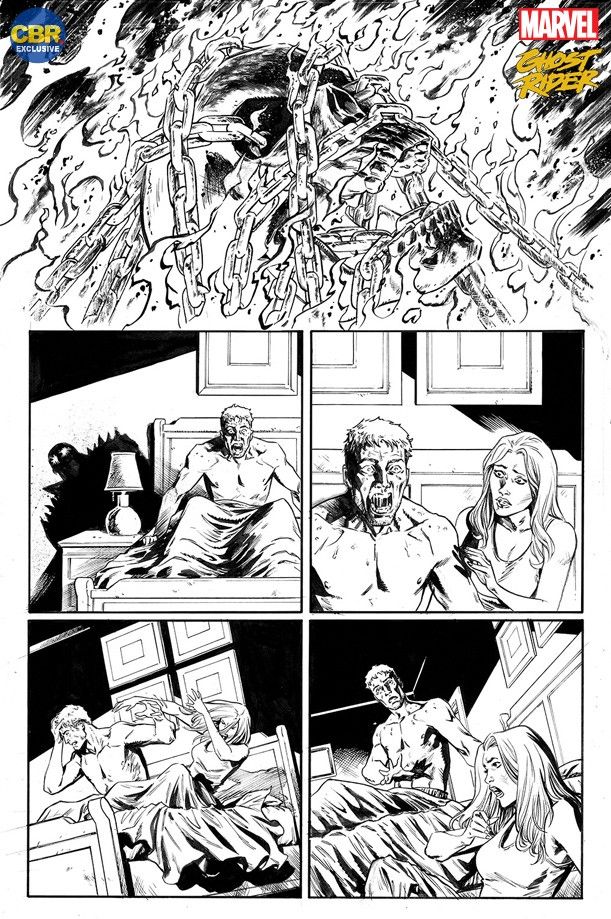 CBR: There have been many Ghost Riders over the years, but the star of your series is the original modern-day Ghost Rider, Johnny Blaze. What made you want to focus on him instead of Danny Ketch or Robbie Reyes? Do you have larger plans to eventually bring in other Ghost Riders?

Benjamin Percy: The mythology has been growing bigger and wilder and more and more intricate and complicated over the years. All of that is awesome. I’m not disregarding or ignoring any of it. I just think it’s time — after so much expansion — to slow down and tighten things up a bit and go deep on character. So I’m taking a back-to-basics approach to kick things off. This is the 50th anniversary of the title, and we’re going to honor legacy while also burning rubber into a dark new future for the Spirit of Vengeance.

The past few years have seen Johnny Blaze do a number of big things, but the biggest was becoming King of Hell. So what’s Johnny’s status quo when you pick up with him in February’s Ghost Rider #1? What do new readers need to know?

Here’s what you’ll know: Johnny Blaze has been missing. With the Ghost Rider off the streets, the shadows have crept out of the alleys and basements. Darkness is rising. Where has he been? Ghost Rider #1 answers that. How did this happen to him? The issues to follow will fill in the gaps of that mystery exit ramp by exit ramp. 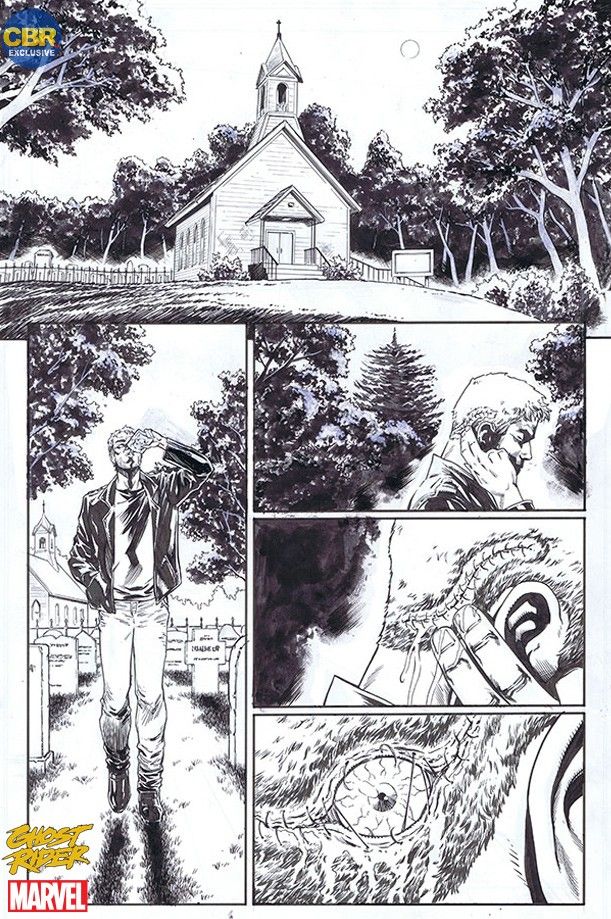 Who are some of the supporting characters we’ll meet early on?

Ghost Rider is being sought and pursued by two characters. The first is a dark magician — with a mullet, a duster, ass-kicking steel-toed cowboy boots, and crows for spies — named Zeb. He’s become a fast favorite for Cory and me. I won’t say much about his role, because of spoilers. The second is an FBI agent (who used to work for S.H.I.E.L.D.) named Talia Warroad. She’s got a Lisbeth Salander vibe (from Girl with the Dragon Tattoo). She has some powers of her own, a dark history, and she operates inside and outside the government.

What’s your take on Ghost Rider’s rogues gallery? Are there any classic foes you love? Can you talk about new villains you might introduce?

Oh, there are all sorts of fun weirdoes and creeps in the Ghost Rider rogues gallery. Nightmare, Lord Pumpkin, Mephisto. Sure, we’ll play around with the classics, but… It’s kind of boring karaoke to just revisit what’s already been done. Of course, we’re going to bring in some fresh new blood. 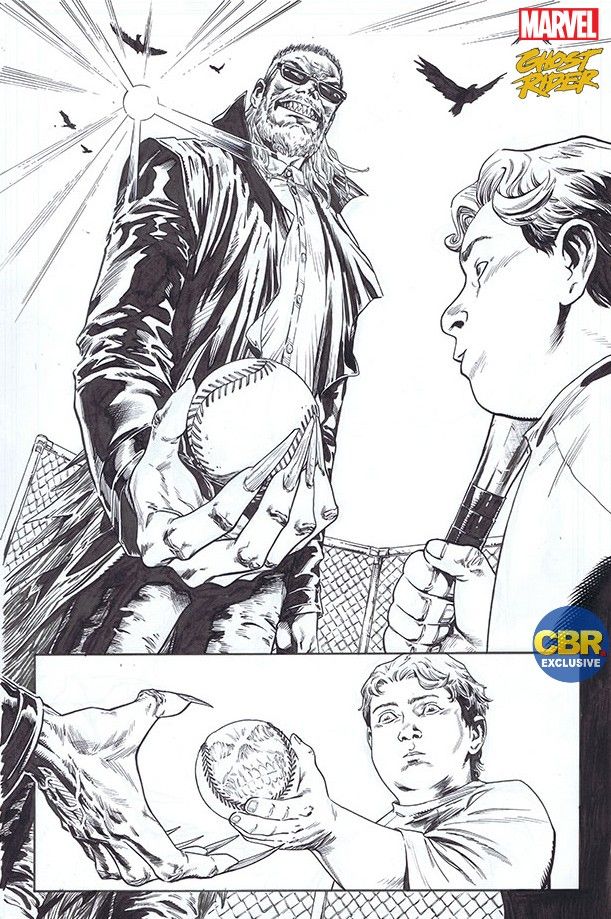 What else can you tell us about the trouble Ghost Rider gets into in your initial arc?

There’s a lot I can’t tell you actually, and that’s central to the trouble Ghost Rider faces. This first issue is an oversized 40-pages and you’ll know instantly that you’re reading not just a horror book, but a mystery. Horror and mystery rely on you not knowing what’s coming. So… Stay tuned, and assume that nothing is as it seems.

But here’s a small tease: Johnny Blaze no longer has control over the Spirit of Vengeance, and when possessed, he has no memory of what’s transpired. This will all be contextualized — but Ghost Rider is far more of a curse and terrifying presence because of it.

What’s your vision for Ghost Rider? Will this be more of a horror book? A superhero book? Or will it have its feet in both worlds?

RELATED: Marvel’s First Black Knight Destroyed Thor and Died – So Why is He More Powerful Now?

What’s it like working with Cory Smith on this book? Based on his art on titles like Conan and Weapon H it seems like he’d be having a blast.

Cory is a badass, and he’s really leaning into a gritty, classic style. Absolutely crazy shit is happening, and you believe it in part because he’s delivering it to you with straight and undeniable realism. Lots of heavy blacks. Lots of interplay between shadow and light. Virtually every panel features something — even if only in the background — that will put you on edge.

Slowly but surely, yes, I would love that. But first: Johnny. Let’s get deep on Johnny because he’s got a lot of shit going on — inside and outside of him. I’m also writing Wolverine, of course, so you bet your ass a team-up is coming down the road.