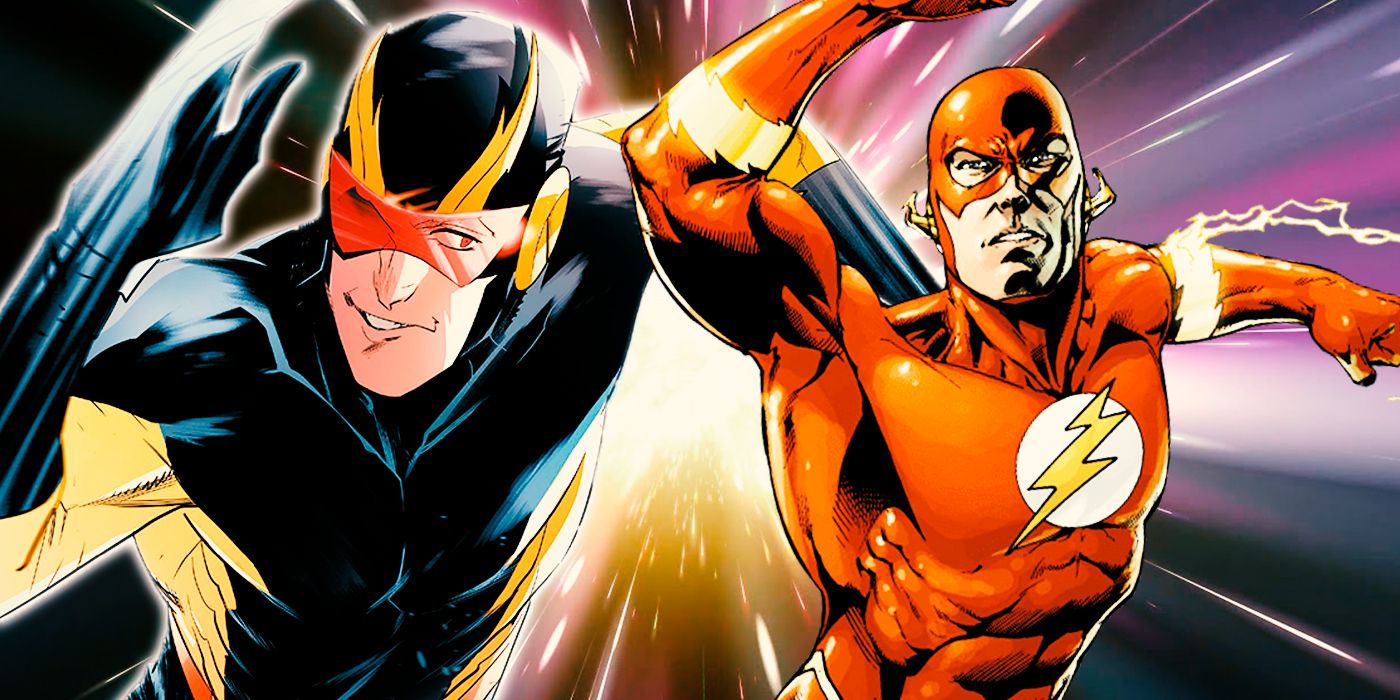 Marvel and DC have had a long history of basing characters off each other’s work. One of the more modern examples is Deadpool being incredibly similar to Deathstroke. Another is the Squadron Supreme. Created in 1971 by Roy Thomas and John Buscema, the Squadron was a team made to be a clear pastiche of the Justice League, and quickly thrust into conflict with Marvel’s main universe Avengers. Several reboots and reimaginings later, the Squadron have become irregular but stalwart fixtures within the Marvel multiverse. Most recently, they came back with more sinister roots — as is often their wont, depending on the version that appears.

The team’s latest incarnation — willed into being during the Heroes Reborn event thanks to a deal made with Marvel’s resident devil, Mephisto — included perhaps the most powerful analog of the Flash, known as the Blur. But while he’s clearly based on the Scarlet Speedster in the DC Universe, is he faster? A direct comparison is, of course, tied to the constraints of the creative team, but one thing might give Blur a decided advantage in speed: his… personality?

RELATED: Why The Flash’s Most Shocking Christmas Present Was… The Flash? 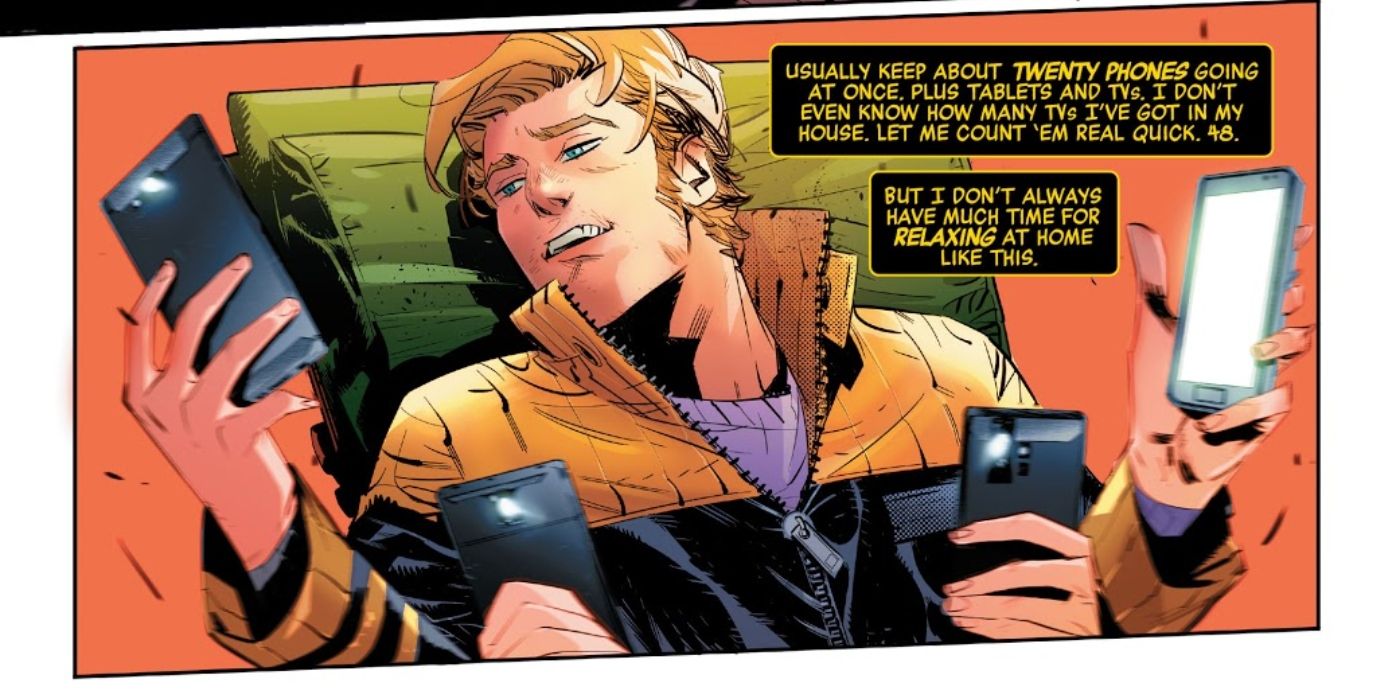 This version of The Blur, real name Stanley Stewart, debuted in Avengers #10 (by Jason Aaron, Ed McGuiness). Stanley got his powers while jogging through a strange mist one day, granting him speed that he could not seem to turn off. His later studies revealed that his powers are of mystical origins, being granted to him by the Vishanti, a trio of god-like magical entities who normally support the sorcerer supreme. However, Stanley was still unable to truly slow down, even if he learned to live going at super speed all his life.

This is the fundamental difference between most of DC’s Flashes and him. Stanley doesn’t seem to have any sort of desire to slow down, now that he has control of his abilities. His attention span is incredibly short, so being able to focus on and complete something new in an instant is probably a blessing to him, but he also needs constant distraction. In his state of existence, everyone and everything is going incredibly slow, too slow for him to maintain interest on a single thing or person. For example, he scheduled five different dates on three continents for a single weekend and that’s only for a portion of the 14 women he was flirting with at the same time. Living in that kind of a perpetual flurry must be difficult and a detriment, by his own admission, but it’s something he’s learned to hone. 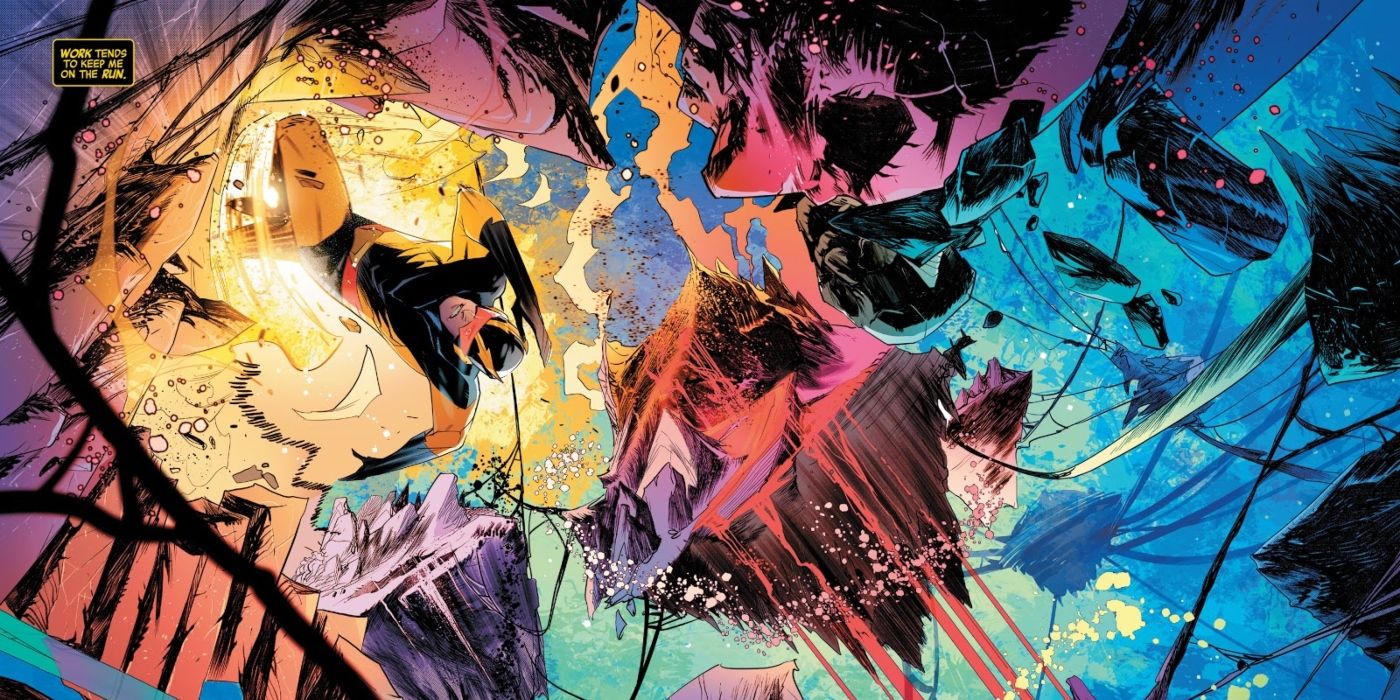 By contrast, Wally and Barry wants to live his life. He slows down when necessary and even though the temptation exists to use the Speed Force more, he’s seen the consequences of tampering with so great a power. However, Marvel’s pastiche has no such compunction, and is quite happy to rip open the spigot and let it run hard! In many ways, that unabashed revelry in his powers actually makes him stronger, and potentially faster. given he is constantly using his powers, and by virtue of that, getting perpetually stronger and faster. Blur has none of Barry’s restraint, throwing himself right into it and as a consequence, unintentionally activating powers such as vibrating through solid objects or even time-traveling while contemplating his past races.

The fullest extent to his powers, on display in Heroes Reborn #3 (by Jason Aaron, Federico Vicentini, Ed McGuiness, Mark Morales, Matt Milla and Matthew Wilson) is frankly staggering. He suggests that he raced across the entire Marvel Multiverse and took a “power nap for a few years” to sleep it off, all the while, as mentioned, losing himself to his speed (which was actually reduced at the time by one of his enemy’s evil spells) and being shunted into races he’d already run throughout time. And then winning them again.

And yet, despite these accidental lapses into what many consider some of the Flash’s most dangerous powers — tampering with time and mucking about with the Multiverse — the Blur exhibits no ill effects from using them, doing so almost as an afterthought. There were no ripples across the time stream or unintentional injury as a result of the vibrations. Does this suggest he is more in tune with his powers than the Flash is? Could his speed be so second-nature to him right now that he doesn’t know anything except speed? That certainly seems to be the implication. Unfortunately, we may never know, as this super-speed showdown will most likely never happen, but while most readers would bet on The Flash, the smart money might be on the other guy.